Antigone [2019]: ‘TIFF’ Review – A disobedient voice to the absolutes of state

“Igniting itself from the migrant crises, Antigone tells the story of a young bright student Antigone who had moved to the city of Montréal at a tender age.”​

In the Theban legend, Polynices is condemned to be left unburied after his defeat and death in the Thebes’ civil war for the throne while his brother Eteocles is honored. Polynices is devoid of a burial ground for he was a rebel and hence, unworthy of holy rites. In the legend of humanity, the state has been the only one with the prerogative to classify people as rebels and citizens, and hence, planet Earth is never devoid of Polynicesses.

Igniting itself from the migrant crises, Antigone tells the story of a young bright student Antigone who had moved to the city of Montréal at a tender age with her grandmother Menoeceus, her sister Ismene, and her brothers Eteocles & Polynices and having seen her parents being killed before herself, her present is haunted by the memories of her past even though she has adapted well to the Canadian lifestyle. She is a walking volcano which seems suppressed at its surface for she is calm and studious but her potential courage can burst like lava at any moment. Such is Antigone.

This story is not merely an adaptation but an account that builds itself on the will of an individual to save her family at any cost from all adversities, regardless of what the books say. And in the same vein of a survival drama, this film proves to be a hard watch for anyone who morally invests herself in it. 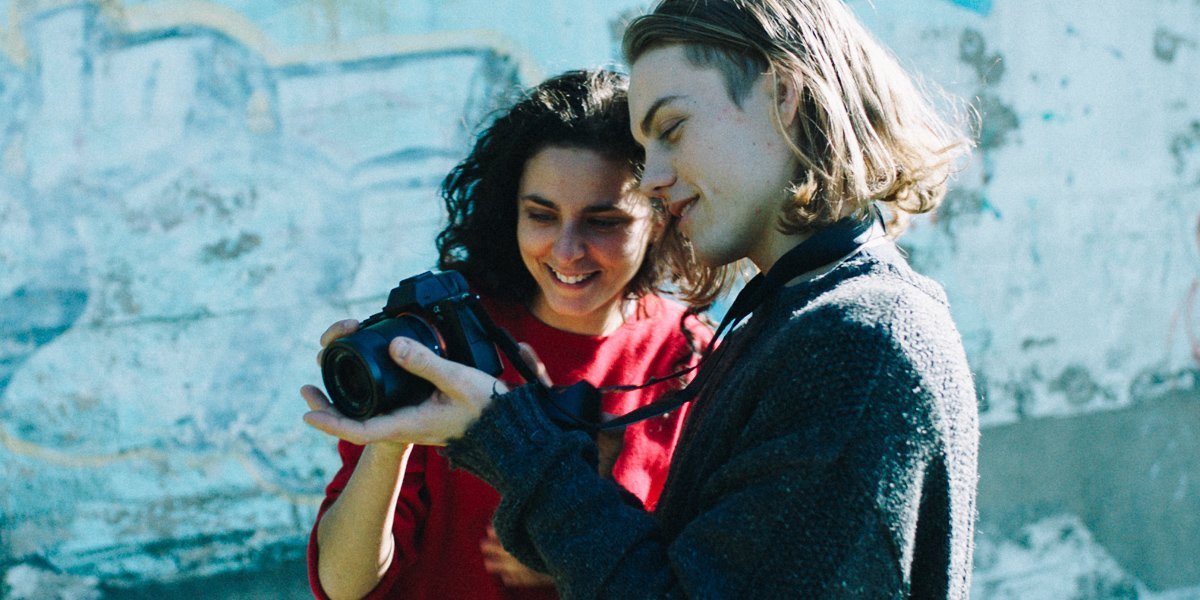 People who are well versed with the genres and subgenres of cinema might find it confusing when I call Antigone a survival drama. We tend to associate survival dramas with the films which show its characters rising above the challenges posed by the raw and random nature which has an insurmountable force. But does nature, ever, consciously kills? Humans do, unfortunately.

Antigone seeks to weave complex questions by corroding our notions of laws and morals, that often appear coincident, leaving us uncomfortable. Sophie Deraspe doesn’t want to entertain the audience with her directorial venture. She maintains her strict approach which, at times, appears to be mocking the way youth perceives the solutions to political problems and at the same time, praises the youth for its zeal to borrow the causes and fight for others, even if its in a monotonic rebellious fashion with less window for a diplomatic argument. The film finds its voice in the unflinching attitude of the little characters which come and go during its course while Antigone’s act remains to be its soul.

Nahéma Ricci as Antigone gives a shocking performance. It feels like she precisely knows what is the best way to express each second of her screentime which, in its entirety, comes out to be astounding. She matures through the course of the film and shines the most in the third act. Nahéma is well supported by the rest of the cast, most notably by Rachida Oussaada as old Ménécée who convinces us of the passion she shares with Antigone for her family and of the language barrier that hinders her.

The sound design of the film is idiosyncratic, and quite unconventional, especially in the second half of the film. Antigone also features a couple of songs to portray some episodes running in parallel with the events of the film which definitely work as adrenaline in an otherwise moderately paced film. The camera captures the film from the correct angles. The climax of the film is equivocal for the central arc in the short run and motivates its viewers to infer conclusions of their own depending what their sensibilities allow. In the long run, however, when the film sinks in, the vision of the makers become transparent and if you realize that yours is the same as them, the film wins.

Antigone will be remembered as an important film, if not revolutionary, in modern times.

Antigone [2019]: ‘TIFF’ Review – A disobedient voice to the absolutes of state