The oppressive patriarchy, rigid theocracy and orthodox religious practice in Iran lead to abuse and hardship of helpless people who become a tool for their exploitation. And if it’s a woman, the stern moral obligation to conservative society and religion drown them in the abyss of despair with no freedom of choice whatsoever. It has far-reaching consequences which dribble down to threating the familial relationship & individuality within the claustrophobic social structure in documentarian Mahnaz Mohammadi fiction-feature debut ‘Son-Mother’ (Pesar-Madar).

At the centre of Mahnaz Mohammadi’s scathing critical film are a widowed mother Leila (Raha Khodayari) and 12-year-old introvert son, Amir (Mahan Nasiri). Leila is an embodiment of the voice of commoner as well as women. The tightening Iranian sanction & crumbling economy has instilled a fear of losing the jobs in the heart of poor people.

Leila toils incessantly at a failing factory to support Aamir and two-year-old daughter, and still, she couldn’t provide them adequately. Mohammad Rasoulof’s screenplay is exceptionally nuanced. The magnitude of Leila’s impoverishment can be understood from her embarrassing confession of not having money to buy daughter’s diaper. But it also foreshadows a contrived situation that would put Leila in a dreadful situation.

She is often disparaged and dragged down at the factory due to her widow status. A marriage proposal from the factory bus driver, Kazem, adds fuel to her distraught predicament. She gave up on a bus ride to home fearing the gossip of her non-existent affair with the driver. She struggles to place her identity in society after the death of her husband.

But Leila is a strong-headed woman. She possesses a strong character having a feminist streak, and stands against all the bullies in her factory and doesn’t succumb to vile gossip. Even when her job is at risk, and every other day someone gets fired, she holds it together with dignity. As she is back home every evening, the reality hit her hard, and the impossibility of managing the two kids all by herself shows sinks in and deters her courage. 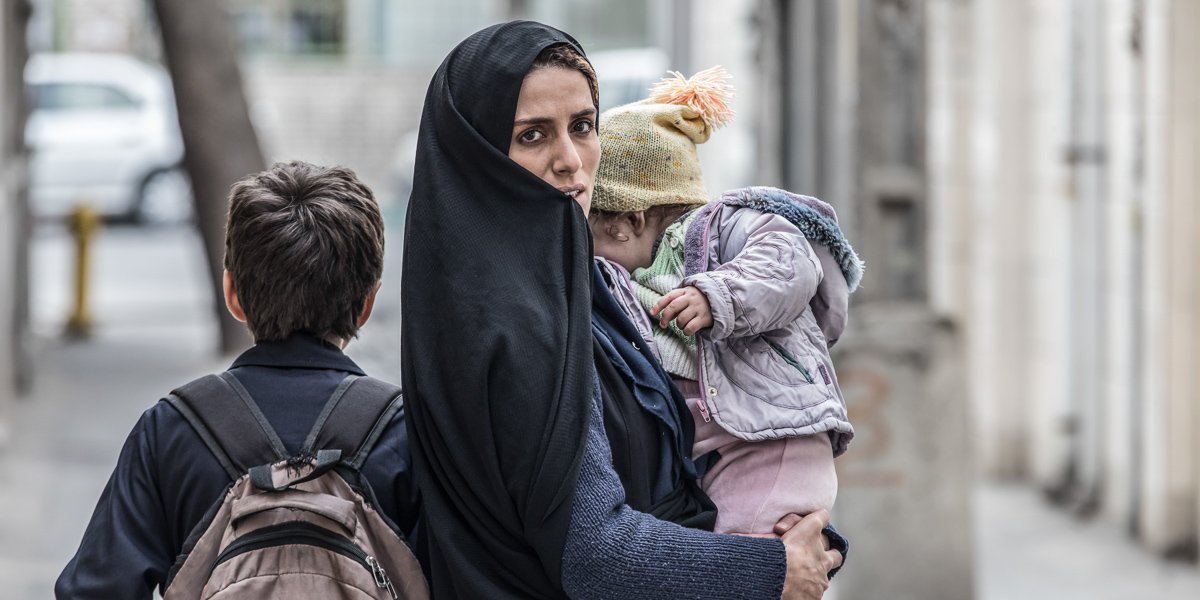 The easiest solution to her trouble in the factory and financial crisis would be to get married. But Kazem has a young daughter of Amir’s age which compels him to put a condition that Amir is sent away until his daughter is married off.

The socioreligious propriety dictates that stepbrother and sister cannot share the family home. After Leila loses her job, she has to make an excruciatingly painful choice to either send off her son or her financial condition spiral down to destitution and social degradation.

Mahnaz Mohammadi divides the film into two chapters, Son and Mother, that explains the beguiling title. The first chapter, titled ‘Son’ shows the plight of an Iranian woman in this universally accessible story of a mother trying to hold on to her family.

The second chapter, titled ‘Mother’ shows the incredible resilience Amir displays in solidarity with his mother. He carries a heavy burden of lies and false narrative to support his mother. But often the son’s sentiments take over, rendering him helpless and vulnerable.

The conscience choice Leila exerts has a life-altering impact on the fate of Amir. Leila and Amir become the puppet of stringent culture and tradition of their own life. Mohammadi neither comforts the audience with lies, nor she indulges in the romanticism with the wretched state. The tragic turn of an event defines the very fabric of their relationship and bleak future. Ashkan Ashkani precise framing and photography captures the intricacy of threatened relationship in the backdrop of a tightening of economic sanctions on Iran and authoritarian state.

Mahnaz Mohammadi debut feature film “Son-Mother” starkly mirrors the state of women living under constant scrutiny in Iran, subject to theocracy and outdated traditions. It manifests the grim reality where people become the oppressor of their own fate.