Home»Reviews»Haider [2014]: In the land of Blood, Snow and Chutzpah
Reviews

There are some films that urge you to pen down your thoughts, and Haider is one such film. Hamlet is arguably Shakespeare’s darkest tragedy, and an attempt to adapt it for the screen in itself needs a lot of courage, to set it in the backdrop of the insurgency when all of Kashmir was a “Quaidkhana” needs “Chutzpah.”

The film starts with a doctor treating a militant at home because in this war he sides with “Zindagi”, an “asteen Ka Saanp” informs the army and he’s disappeared for hiding a terrorist, his “half-widow” wife is left singing to his brother while his son is repelled and disgusted.

Haider, the poetry-loving son, is torn between his love for his “zeher khubsurat” mother and his “Badla” for his father. 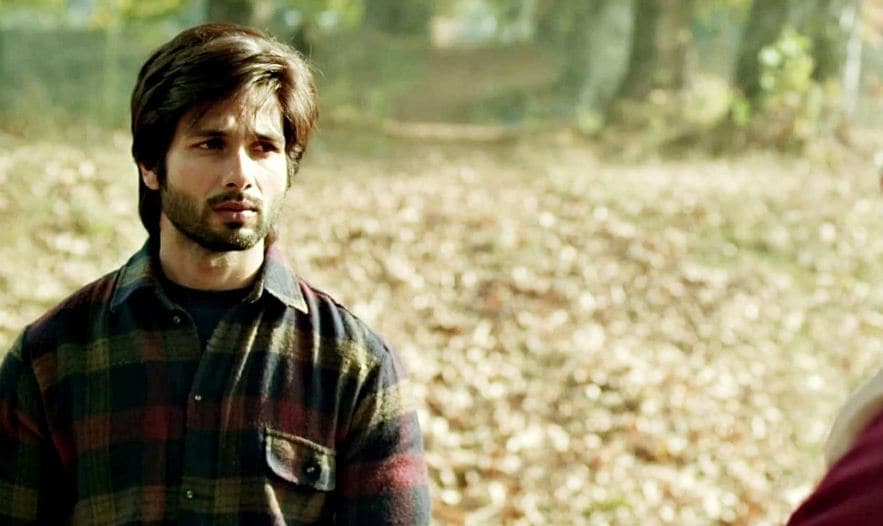 The film unfolds at a leisurely pace like a grand orchestra, the film tries to showcase various “nazariyas”, even if the take of common Kashmiris takes precedence, the violence is gut-wrenching, some scenes shock you like the one where a kid bathed in blood realises he’s still alive and starts celebrating like a madman or that poignant scene when a man just can’t enter his home before showing someone his ID. The film in the first half is a collage of brutally heartbreaking images, some that stay with you long after you have left the film.  With so many layers, characters and viewpoints, at times it looks like a case of biting off more than you can chew but then comes the “Rooh” and the film gets its soul.

It’s a Shakespearean tragedy set apart by its dark humour, Salman Khan fans, the Chutzpah AFSPA jokes, the dark undertones of Haider’s relation with his mother, the scenes between Haider and his mother are the most haunting, even if the film didn’t deal with all the other political issues it would still have been a masterpiece for the sheer boldness and ingenuity of the way their characters are written, explored and enacted, there’s a scene in which she reminds him of the days when he didn’t let his father touch her to which he cheekily replies” ab to unke bhai aapko chu rahe, ab main kya karu?” the look in their eyes speaks a million words.

Every one of the main leads is a tragic hero in itself, the villain here is the draconian AFSPA, a law that has been a tool for torture in the name of security. You might disagree with the characters, you might even hate some of them but they are all justified in their own rights, it’s all about perception. 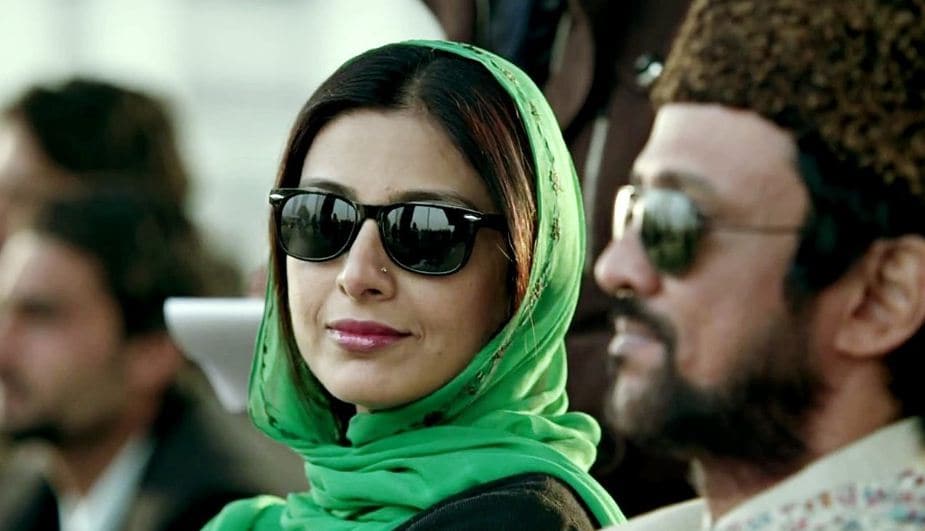 The film is written brilliantly, very thoroughly researched with a very bold take on Indian army, it doesn’t come as a surprise then that the co-writer is famous Kashmiri Journalist Basharat Peer, maybe the other side hasn’t been given much importance but the film isn’t essentially a political drama, it just happens to be set in that backdrop, deceit, lies, jealousy, love, revenge, and hatred drives the film. It’s a film about human fragilities, about our emotional vulnerabilities and the backlash that follows, it might just be Vishal’s most complex film yet.

Kashmir looks ethereal, drenched in blood and fire, it still looks like a heavenly hell, the cinematographer Pankaj Kapoor deserves full marks for capturing the beauty so naturally without focussing too much on it. Gulzar and Vishal weave magic, every song is a masterpiece, Aoo and Bismil deserve special mention, The way Aao Na has been shot and used in the film has an eerie quality, it’s creepy and haunting. Bulbule Bismil narrates the whole story through the song, the dance, the lyrics and the music is all perfect. The other song could have been edited as it slows down the film but as a song even that is beautiful. 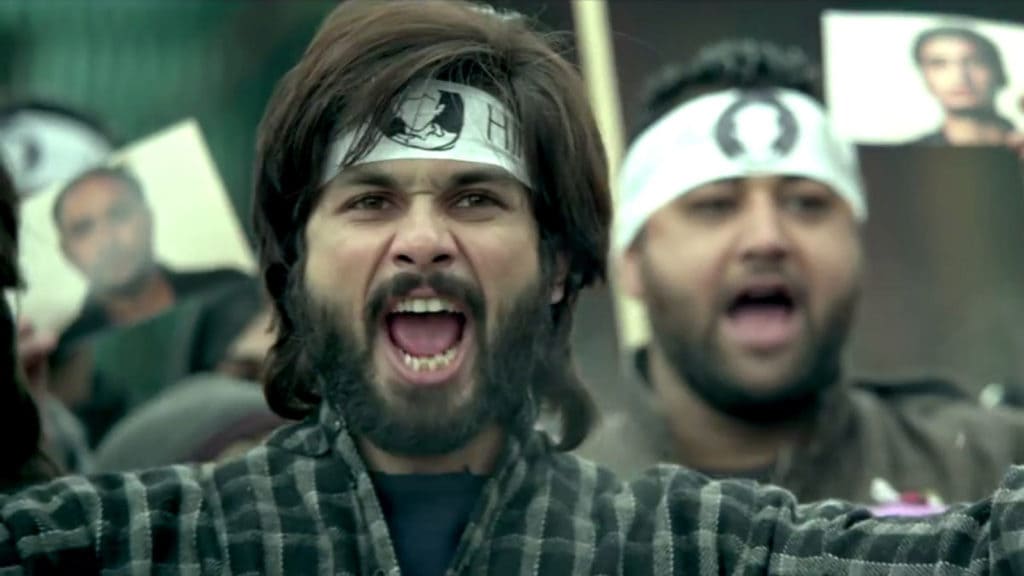 The performances are all top-notch, Kay Kay as a power hungry “baaz” is first-rate, Irrfan Khan in a short cameo leaves his mark, Shraddha Kapoor takes your heart away, she looks a million bucks and is naturally affable. The film, for me, belongs to two people and they can’t be separated, Tabu and Shahid Kapoor, Tabu is the most gifted actress of our generation and this might just be her career-defining act, she portrays a character so complex with such an effortless ease that you would be forgiven if you call her Ghazala Meer next time she lights up the screen.

Shahid Kapoor sinks his teeth into the role and makes it his own, the flashes of Robert De Niro when he’s denouncing AFSPA or when he jumps around like a bird in the Bulbule Bismil, he goes from melancholic to insane and from loving to vindictive within seconds and he does it all with such an audacious elan that you are amazed by his versatility. This is bound to be his life’s greatest performance.

This is one film which at 3 hours might seem a tad bit long, slightly self-indulgent and a by the end you might feel it deserved a different end but the film deserves to be seen for being one of the boldest films to have been ever made in India, it doesn’t try to entertain or sugarcoat things, it’s the kind of film that has the power to polarise opinions, not as a film but as the subject it deals with, it doesn’t try to satisfy everyone and stays true to it’s narrative. It has a shock value and it would certainly be a landmark film in the History of Indian cinema, “Aap Jism hai, Main Rooh, Aaap Faani hai Main La Faani”.

This film would also be “La Faani”(immortal) in The History of Indian cinema.