Boundaries are made to be broken, conventions exist to be challenged and a man is often asked to suspend his belief while following a figure in his journey to attain some meaning out of a mundane narrative.

At one point, The Master feels like a kaleidoscope of meaning, one extricating subtly into another; whereas, at the next point, it feels like a lost lamb which is striving for profoundness. It starts off awkwardly with a World War II vet, Freddie Quill (Joaquin Phoenix), remarkably mislaid in the world outside of the war. By fate, he meets Lancaster Dodd (Phillip Hoffman Seymour), the master, whose belief has laid the foundations of a cult. Characters develop, emotions reach a surge, egos are broken, relations are made and then, out of nowhere, rather than having an emotional storm at the end, it suddenly vaporizes into a quiet climax.

As Lancaster Dodd says, “As a scientist and a connoisseur, I have no idea about the contents of this remarkable potion”, we too are often lost in the seductive enigma that The Master weaves around us. It is in those small delicacies and in those cult meetings that The Master grips us and surprisingly, ends in an anti-climax mode, pulling out the punches when they were actually supposed to hit.

Also Read: There Will Be Blood: A Compulsive Capitalist Against A Volatile Force Of Nature 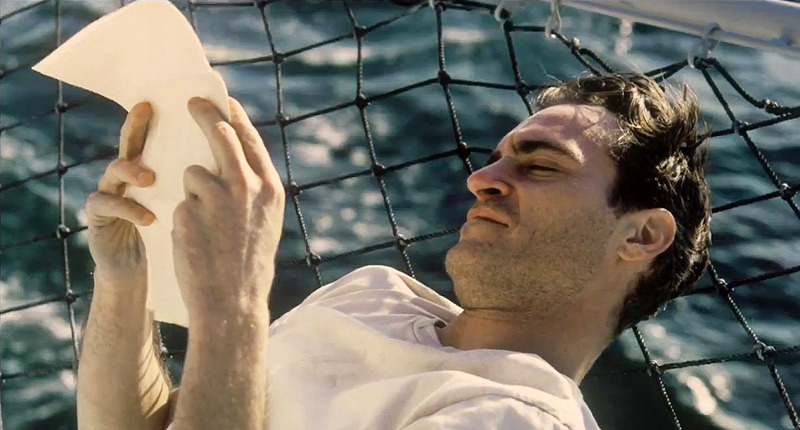 It is evident from this saga that how remarkably the narrative shift in movie-making has taken place. Now, it is the conundrum that dazzles and the open endings that leave one to discern and ruminate upon. At the nerve of being surreal, The Master creeps up upon you when you would least expect it and then, you’ll find yourself going back to it, seeking for the connotation hidden in the subtextual layers of this transcending drama.

Exemplary screenplay sauced up with the virtuoso direction, The Master carried the stamp of a classic which may get bogged down because people take it for something it does not even yearn to be. No, Paul Thomas Anderson does not want you to laud The Master for being profound; all he wants you is to take a leap of faith and to see the extremities of the elevations that art can conquer.

Such an audacious affair would have crumbled like a heap if not for the two bravura central performances that wheeled The Master on the verge of being emotionally upsetting. Extremely strong method acting from Joaquin Phoenix and Philip Hoffman Seymour escalate the drama until it reaches its final abode. One particular scene, when Seymour Hoffman questions Joaquin Phoenix is plain superb in terms of scale and manages to awe the viewer with superlative acting flair illustrated by the two veterans.

The Master is a confounding masterpiece. It is meant to astonish and astound you and makes you go down the road less traveled by. The progenitor of Modern Art House Dramas, take a bow!