Mira Nair’s Monsoon Wedding debuted at Venice Film Festival on August 30, 2001, in the main competition section and went on to win the prestigious Golden Lion, the only second Indian to do so, four decades after Satyajit Ray’s Aparajito. Since then, no other Indian film could make its mark on the main competition at the world’s oldest and revered film festival, except Chaitanya Tamhane’s The Disciple, which debuts this year at the festival

Nair called the film “a Bollywood movie, on my own terms.” Her style of filmmaking can be situated somewhere in-between the social realism of Satyajit Ray and the flights of fancy explored in Bollywood. But for all the recognition that Monsoon Wedding brought to India and revolutionized the melodramatic trope of Bollywood films in the veins of Dilwale Dulhania Le Jayenge (1995) and Kuch Kuch Hota He (1998), Nair’s film remains truly ‘global’.

In nearly every subplot of Monsoon Wedding, and there are many, the characters work out the influences of the East and West in their lives, though they never quite find a balance. Look at how Monsoon Wedding was introduced and marketed by its production lines: “Set in today’s globalized Delhi, Monsoon Wedding interweaves the ancient and the modern, the old-fashioned and the irreverent, the innocent and the sexual, to tell a modern Indian story.”

Nair’s film stages from the arrival of an upper-middle-class, globally extended family members for an arranged marriage between a young New Delhi woman, Aditi Verma (Vasundhara Das), and Hermant Rai (Parvin Dabas), a Houston-based engineer. Playing out like Shakespeare’s A Midsummer Night’s Dream, a buffoonish wedding planner, P.K. Dubey (Vijay Raaz), is introduced, who leads the extravaganza of the four-day event at the Verma family’s affluent home, with an eye to extracting more money from his client. 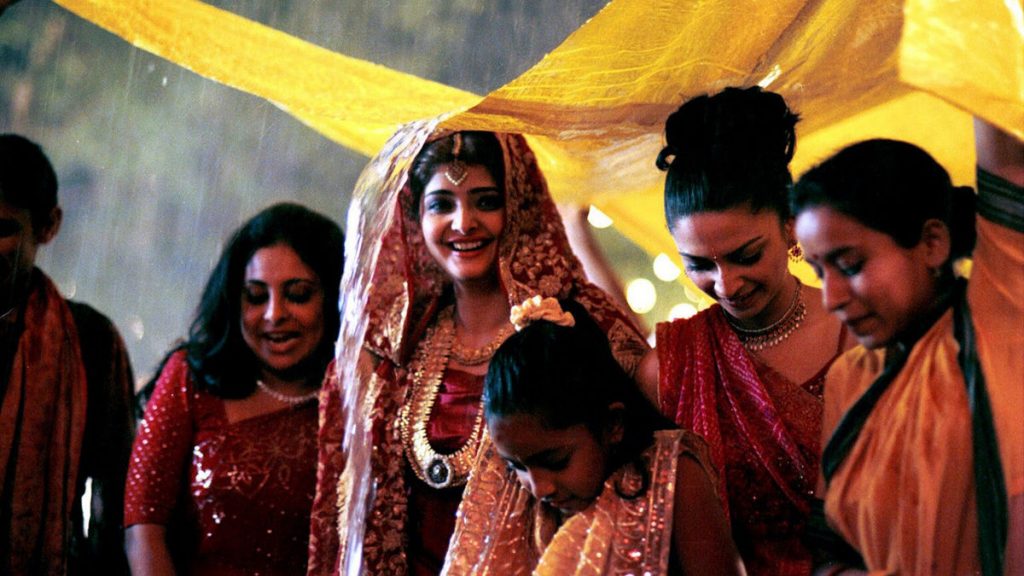 From there on, Nair gently takes the audience inside the dynamics of the house. We come to know that the bride-to-be, Aditi, has reluctantly agreed to the marriage after a failed relationship with her married lover, a television talk-show host. Propelled by her forward-thinking and unmarried cousin Ria (Shefali Shah), Aditi’s doubts about her hasty agreement to commit to life in America with a man she has only just met. The bride’s father, Lalit (Naseeruddin Shah) struggles to maintain the role of a gracious host, even when the huge costs of the wedding, his daughter’s imminent departure and a variety of family difficulties emerge.

The universe of commercial Indian cinema is a world in which social duties, love of nation, and kinship bonds outweigh individualism and personal desires. The history that rules over the various conventions and stereotypes, is above all- moral. In Monsoon Wedding, Nair subverts these concepts and traditions, and reinvents the concept of ‘Indianness’. Nair presents the contradictions of everyday life that an opening of India to globalization has introduced. The film destroys any lingering image of a nation mired in some premodern space as a traditional land with ancient customs and beliefs.

Rather, it reveals a postmodern world in which cell phones and e-mail coexist with age-old rituals and occupations. Where sexual frankness is not simply a Western import, for a Hindi film dubbist is shown simulating the sounds of sexual pleasure on a talk show called Delhi.com. Where the leading lady is a savvy Delhi woman who reads Cosmopolitan magazine and is having an affair with a married man. Where a hidden case of sexual abuse emerges and leads to the removal of a revered family patriarch. That Nair infuses these layers within the framework of a larger narrative of Bollywood filmmaking conventions makes it a lot more revolutionary. Her approach is such that, despite the evident influence of Bollywood, she ushers the material along with a social consciousness that feels away from conventional Indian cinema.

Take for instance the song performed at the Mehndi party, which is predominantly observed with the camera as a participant, not by breaking the narrative progression with a musical interlude. Similarly, the wedding dance (Sangeet) performed by the cousin Ayesha (Neha Dubey) occurs within the narrative—it’s discussed earlier in the proceedings and built up in the plot. Other Bollywood characteristics, such as its tendency for sensory overload through a full array of colors, personalities, and the chaotic energy of family space, have been administered with a touch of naturalism, as weddings are, multicultural and grand affairs. 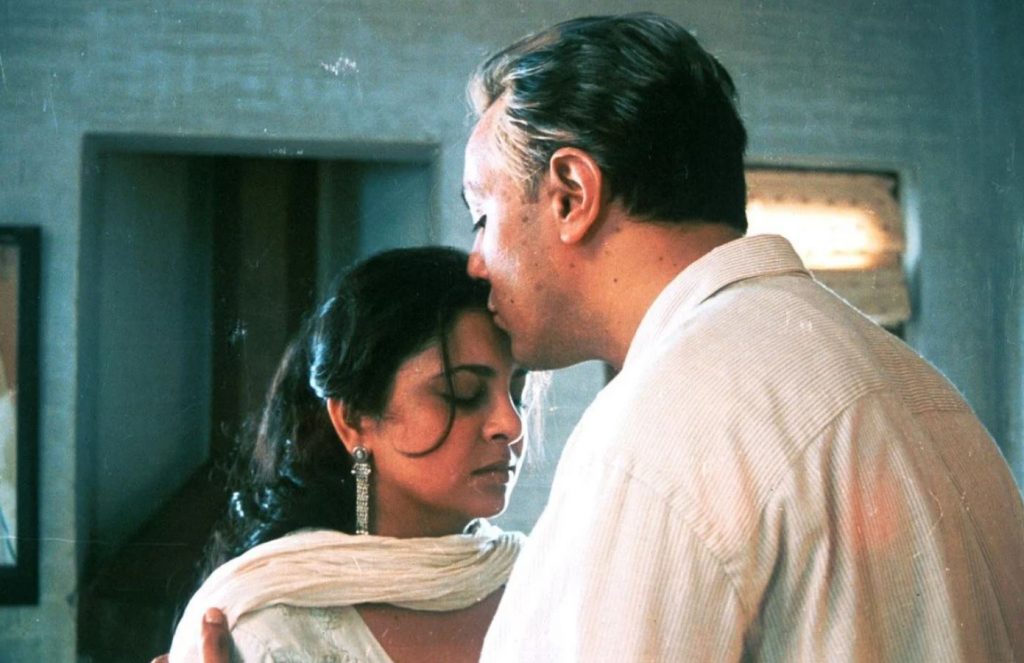 Nair’s cinematographer Declan Quinn uses a predominantly handheld 16mm camera, observing the unfolding situation with fly-on-the-wall realism. And periodically in the film, Nair uses a transitional device in which she cuts away to the world outside of the wedding drama to the streets of Delhi, where the less privileged scrape to get by and endure the monsoon season without umbrellas or the multicolored, waterproofed canopy in the Verma’s backyard.

“I could have done another movie about poverty and derelicts and got rave reviews for it. There is nothing that the western audience loves more than watching the poor in the third world.” Nair says about the choices she made in directing Monsoon Wedding. Nair’s debut Salaam Bombay, adheres to this opinion, which won her the Camera d’Or at the Cannes Film Festival and was nominated for an Academy Award for Best Foreign Language Film.

While India, its sights, sounds, societal nuances and memories of separation from it were most often the subject matter of Nair’s early films, undoubtedly her transnational aesthetic sensibility seemed to work more with a western (or at best, international) audience. Monsoon Wedding remains her most celebrated and acclaimed work, one that feels like it belongs just where it should, even after stepping into its 20th year of release. In more ways than one, Nair’s films have prompted us to rethink the conventional effects of displacement on identity formation, and have thus become part of a New Wave of cinematic cross-culturalism that is characterized by the deterritorialized politics of place/location.

Bloodsuckers [2021]: ‘Berlinale’ Review – Marxist Vampire Comedy moves from being a biting satire to a sluggish tryst