One of the lesser-known and unsung Soviet filmmakers, Marlen Khutsiev, who gave a voice to youngsters knee-deep in a postwar crisis and existential one, during the 1950s & 60s [Khrushchev Thaw], offers a melancholic & pessimistic perspective in his controversial “I am Twenty.”

Upon its release, a Soviet politician, Nikita Khrushchev, expressed his displeasure about the film. He called out the three primary characters as morally sick people, who have grown old while still young, who have no high aims or vocation in life. He further criticised saying the society can’t rely on such individuals. The film depicted them as not knowing how to live or what to live for. The Soviet Government thought the film embellished the defeatist & pessimist nature of the first-generation, post-war youngsters that will dampen the spirits of the society, particularly youngsters.

“I am Twenty,” which was earlier titled as “Ilych’s Gate,” opens with a young & handsome soldier Sergei, who returns to Moscow after the two years of military service. He has followed in the footsteps of his father who died in WWII, at the tender age of 21. He reunites with his family and two lifelong friends –  Slava and Kolya. Slava is married with a kid while Kolya is a free-spirited man. Three friends, from different walk of life, come together to eventually drift apart from each other in different directions, dictated by modernity and everyday struggle. 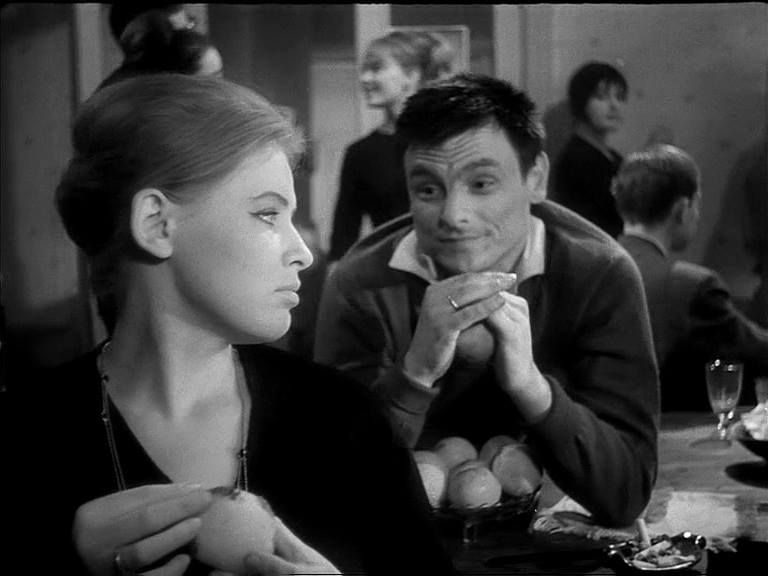 The film utilizes the usual trope of coming-of-age dramas; however, what really set this film apart is its sincerity and conscientiousness in representing the societal transition of Moscow city, the people inhabiting it and their struggle. Post Stalin’s death and the postwar, city is invigorated with new possibilities and energy, offering an extraordinary experience of self-discovery. The tension between stillness in life and everything in motion around them embodies the young people’s inner conflicts. It perfectly captures the hope and disbelief –and growing cynicism–that characterized this period in Russian history.

The frustration kicks in for three of them when personal & public space falls to heavy limitation.  These limitations are the result of the social and political shift. They are caught off-guard with limited purpose in their quotidian life that adds fuel to their crisis. They grapple with existentialism, anxiousness and inchoate desires, wrestling with social and political awakening.

They search for verity in the city and within themselves, something they can latch onto and call it theirs. We don’t just watch Sergei, Slava, Kolya, and Anya; we constantly follow them around the city. Cinematographer Margarita Pilikhina’s camera is exceptionally vigorous and quite liberating. It vividly reminds of Sergey Urusevsky’s magnificent work, following the characters closely; on the roads, in the wide streets, inside the cramped houses, to a spontaneous evening of dancing and music in the courtyard.

“I Am Twenty”, the film that shares many stylistic and thematic similarities to French New Wave, Italian neorealist and German rubble films made in Europe in the wake of WWII, is currently streaming on MUBI Library, and you can stream it on YouTube as well.

A Case for John Cassavetes' A Woman Under The Influence