Looking upon mental health as an issue is one of the most important benchmarks for cinema as an art form. Going from ridiculing to prioritizing it, we’ve come quite a long way. And yet, a Bollywood film taking it and treating it as a ‘social message’ and playing it as a concept is the last thing the concept needs. And yet, here we are. Atrangi Re (2021) takes mental health as a pinch of salt to be devoured by an audience looking for a Bollywood crowd-pleaser.

This is especially disappointing when it comes from one of the more striking duos of Hindi cinema. Aanand L. Rai and Himanshu Sharma have collaborated on some of the most colorful Hindi films. Their small-town atmosphere is brought together by peppy music and Bollywood musings, but there’s something about the central theme that stays with you. While only Tanu Weds Manu Returns (2015) has been able to stay with me amid their body of work, there’s an air around their work that makes it constantly watchable. However, Zero (2018) and now stands as a clear example that the formula has worn out and it’s time to give up.

Related to Atrangi Re: 10 Great Tamil Films on Netflix

This film starts off in Siwan, a little district in Bihar. Rinku is a headstrong, feisty girl who elopes with her lover every now and then. A hated orphan in her family led by a breathless matriarch, she’s drugged and wedded to a kidnapped Tamilian tourist. In the train, the boy reveals himself as Vishu, a medical student practicing in Delhi. While Vishu tells Rinku about his engagement which is to happen in his hometown in two days, Rinku tells him about her boyfriend Sajjad. According to her, Sajjad is a magician and will return from Africa to take her with him. Of course, they need to elope because of him being a Muslim. The two decide to part their ways once Sajjad arrives. After a few blunders, when Sajjad finally arrives in Delhi, the equation between Vishu and Rinku changes.

I’m all in for mainstream familiarity being weaponized to drive a larger point. Some of the finest films this year have already done that. Ridley Scott delivered a fierce Me-Too parable using GoT style masculine chivalry with the Hollywood epic The Last Duel. Closer home, anti-casteist uprisings were condensed brilliantly into a mass narrative with Mari Selvaraj’s Karnan. Come nearer. Abhishek Chaubey made kleptomania cleverer and funnier with his feature film for the anthology Ray. The trick is to take a page from the well-versed rule book and invert it, so it catches the fire of nuance. Atrangi Re, on the other hand, takes all the sappy clichés and rather celebrates them. The result is a film so generic and ineffective that it borders on unwatchable. Unfortunately, it’s a film too comfortable with its mediocrity. 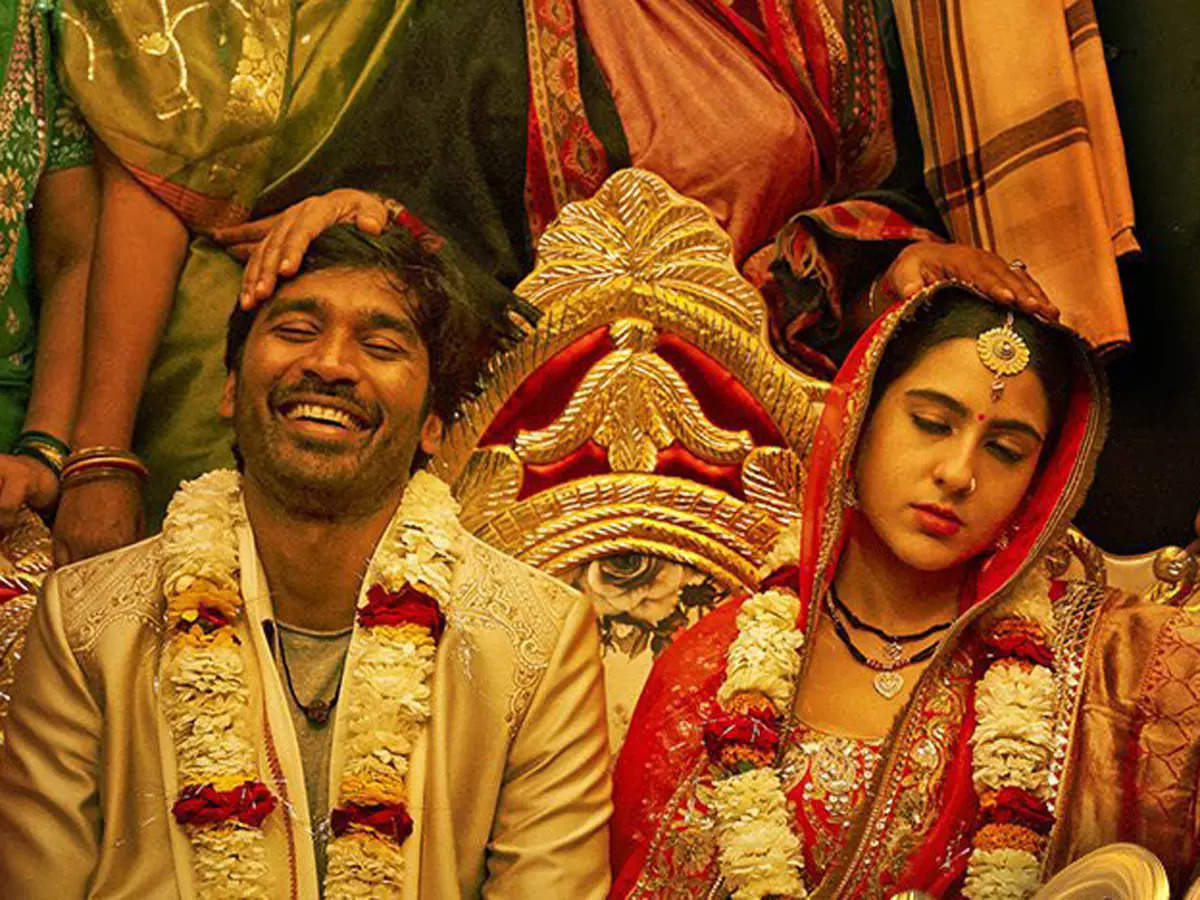 Logical loopholes aren’t a problem in a film like this. It isn’t, not if your heroine’s entire life is a logical loophole. It’s a world of large verandahs, elephants, and circus sets capturing the mind-frame. But the problem is evident. In the way of showing Rinku the mirror of delusion, the film immerses itself into its own set of delusions. For someone who has spent their entire life in a defense mechanism for trauma, the breakdown of this mechanism turns into a happy climax, not a genuine closure. Especially baffling is the psychiatrist’s friend sidekick of the film, producing humor rather than healing. This ultimately taints its intent. The film has a problematic and dangerous understanding of mental health as an issue, let alone a concept. It’s a film that’s too consumed in patting its own back, especially with a loose second half.

There are a few things that the film does get right. It celebrates Tamil culture in the Tamil language without stereotypes, which is a feat. Dhanush is as incredibly charming as Vishu, playing the guy-next-door with an offhand efficiency. The technicalities are a big plus as well. It’s a joy to see Pankaj Kumar’s brilliantly lit frames- his work in Tumbbad and Raat Akeli Hai might have been better, but this is beautiful work nevertheless. The editing by Hemal Kothari works for the film’s whimsy. However, AR Rahman’s soundtrack is the clear winner, almost every song emerging as a winner.

However, the issues plaguing it are greater. The screenwriting exists to confirm Akshay Kumar as the film’s oppressive operational force. His romance with Sara, who is his daughter’s age is lazily explained by an exposition. Even the narrative closely resembles the woke Akshay Kumar movie, except that it at least pretends to be progressive. He takes little work on the acting front, but it’s substandard work anyway. Sara Ali Khan delivers one of the worst performances of the year as Rinku. Her accent and expressions are deeply bland and her delivery incredibly foolish. Her histrionics are even more problematic, considering that the film is posing as a parable for female mental health.

The film’s shallow understanding of Bihar’s language and way of life was especially infuriating for me. I, personally, have a soft spot for Bihari representation. And in this film, it ceases to exist, substituted by the most awful of dialogues. Atrangi Re is not a lazy film. However, its goods are overshadowed by its problematic representation of mental health. Its take on hallucinations and romantic relationships is dated. No amount of visuals, music, or Dhanush can save a film from such silliness.

Atrangi Re is now streaming on Disney+H0tstar