There is a scene in Madhuram where two lovers are talking about the process of preparing biryani. ‘Love…love is that special element that makes this dish special,’ says one of the characters. The way this film uses the element of love for food – makes the interaction more than just casual. It elevates the emotions that these two lovers feel for each other. We see their romance slowly blossom with the same. The interconnection between love & food is made apparent throughout the film. It would be a wonder if the film does not make you hungry during its runtime!

For much of its duration, Madhuram relies on the feel of the romance – of how it feels to fall in love and all the aspects that come along with it – all those silly, embarrassing things we do to woo someone – to the point of taking vows for life on this attraction-based love. The idea that has been built and fueled by many romantics in the past – the film uses it with most of the cliches attached to it. While we meet more than one tale of romance throughout its duration, we essentially get back to the much-explored aspects of romance. To what lengths can one go for the love that one has chosen as a lifelong companion? The film attempts to navigate.

The love that we profess for its longevity – the one that we try to hold on to for as long as we can – has its downfalls. The lovers have to make it work as they say – to make the bitter, unappealing parts of it work – the ones that generally cause the relationship to fall apart within short durations. With Madhuram, the downsides are rarely going beyond the peripheral of their tiny worlds of emotional bonds. The narrative hardly ever takes the politics of the world into consideration – besides a few minor bits that consider their identities to build an interaction. However, they are never developed or utilized enough which makes the film rely solely on the factor of the longevity of love. 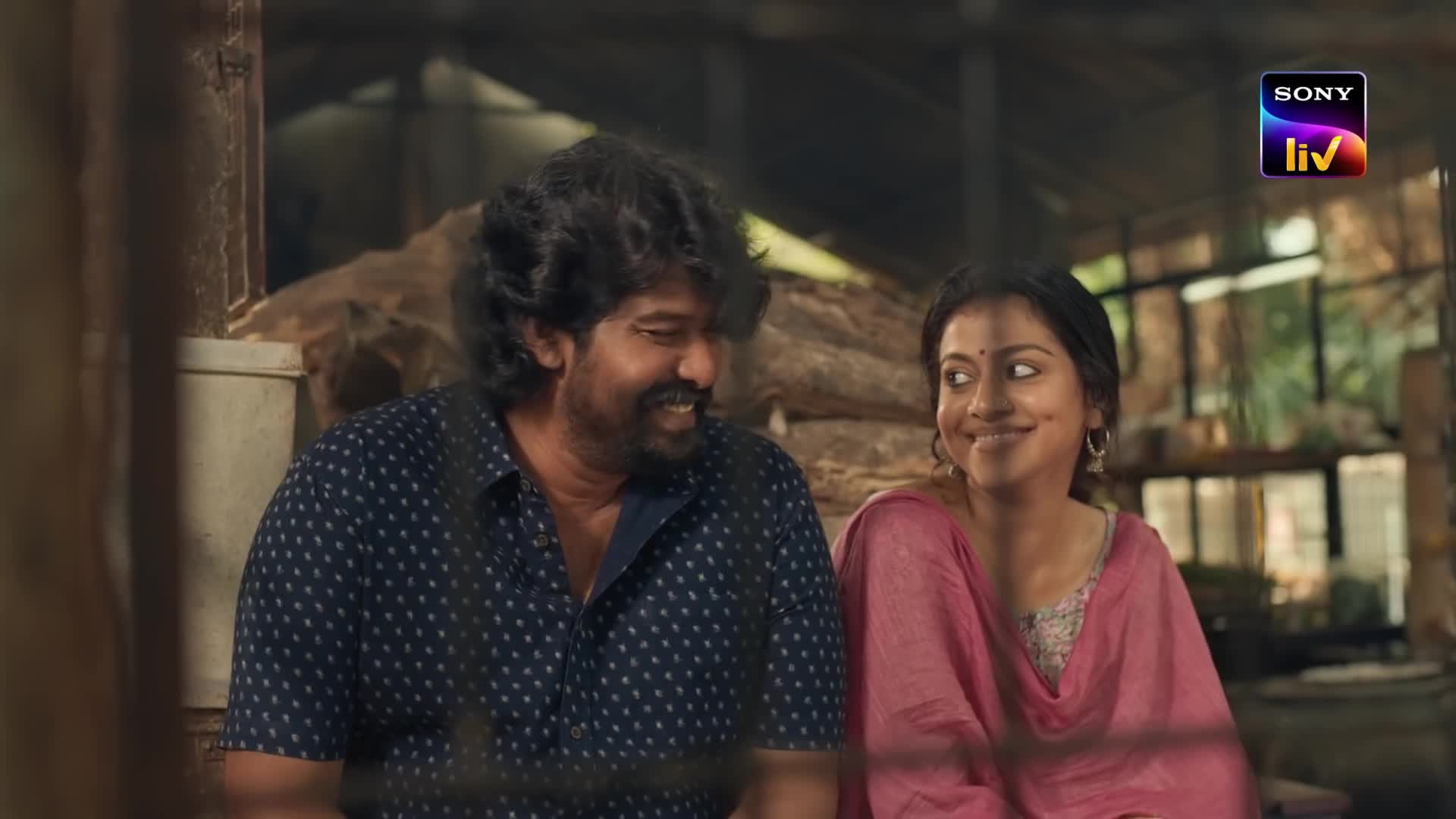 We follow the tales of romance from three generations based on the attachment that the lovers feel for one another. While doing that, as aforementioned, the film uses several cliches of romance. The sweetness of these cliches feels evident largely because of the film’s direction. Although unoriginal, it indeed is impactful. There is nothing to discover within the film which we haven’t known already about love. However, the film attempts to engage a viewer with the experience of the same-old process that goes into it – with the use of its music and the performances.

The love story between the characters of Joju George and Shruti Ramachandran is the highlight among them – which becomes impactful because of the innocence that both these actors bring to the table through their cute performances. There is this extended montage of Joju George’s character trying to woo Shruti’s, slowly leading his way to speak with her – almost like a teenager trying to have a word with his school crush. I swear, I would have kept watching their playful interactions even if they had chosen to let it go on and on for much longer!

Madhuram succeeds in portraying this aspect of the romance – the cutesy stage of love where things have just started to pick up for their mutual journey. The way other couples find their significant others in the process, the sacrifices they make and the sweet endings they choose along the way – all of it is captured by their interwoven narratives with the same sweetness. But, while that element of cutesiness makes the film emotionally impactful at times, it also makes the resolutions seem largely simplistic.

For someone who was mesmerized by the beauty of Madhuram (thanks to the excellent cinematography), it just misses the mark to make any larger impact. It beats the drums of the message that it establishes in the two-third of its narrative until the very end – and the unbearable stretch makes the emotions seem rather dull, inauthentic & contrived towards the end. It made me fall into this conundrum where even while I could understand the genuine attempt of the scriptwriter to weave a heartwarming tale, I could not connect with it on an emotional level.

Madhuram is now streaming on SonyLIV