Beneath the railway bridge, standing above the depthless waters. Sitting near the ashtray of your childhood home which is a sweet past now. In the backyard of a small lunch bar named Novel. These are the three places where Sangok, the middle-aged protagonist of In Front of Your Face (2021) smokes her cigarette. This is but a small, observational detail among many in this minor, priceless entry from Korea’s intimate master Hong Sang-Soo.

She is an ex-actress who lives in the US. She has come to Korea for a brief stay around, where she stays with her younger sister. Sang-ok has never lived in a high-rise apartment, and she wonders how her sister can breathe at this height every day. a few days ago she kind of burst in to stay with her sister, and she is now becoming re-accustomed to life in Korea.

RELATED TO IN FRONT OF YOUR FACE (2021): THE WOMAN WHO RAN [2020] REVIEW – HONG SANG-SOO’S TYPICALLY SUBTLE AND PLAYFULLY KNOTTY DRAMA

While seeming to keep a solemn secret to herself, she endures life one day at a time with a sense of mindfulness. Meanwhile, some years younger than her, a particular filmmaker has asked her to join his project, and after a polite refusal, they have agreed to meet for the first time today. Downtown Seoul is congested with narrow alleys that withhold tiny traditional bars, and that’s where they meet. As they are getting high, there is unexpected rainfall and thunder. 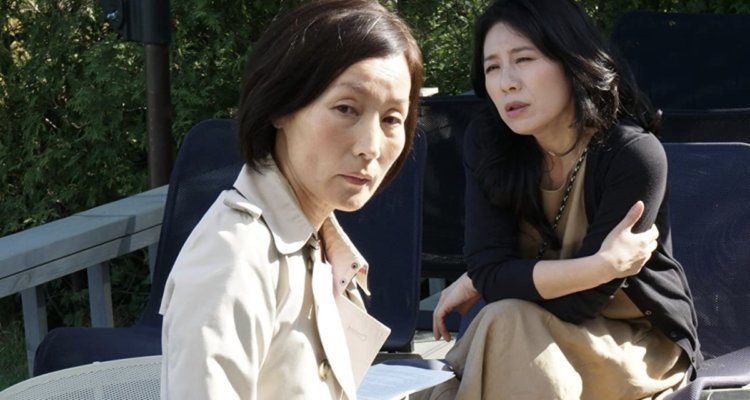 In simple terms, this is all there is to the film. However, Hong Sang-Soo instils such quiet mystery to a seemingly simple human drama that you are left moved by the end. There’s seamless potential for a glorious melodrama in the film’s conventional three-act structure, especially in the climax. But the treatment is minimal. In fact, it walks the tightrope of being as forgettable as the random conversation you would have on a coffee table before the pandemic half-stripped you of the privilege. And yet, the unhurried meditativeness and the sense of reality equips the film with a better potency on screen than it would be read from paper.

In so many ways is this different from the usual Hong. It’s the third of its kind perhaps, following The Woman Who Ran and Introduction quite simultaneously. Fortunately, this post-pandemic relaxation is miles better from the mediocre Berlinale-premiered black-and-white ensemble film that Introduction was. It’s a lot closer in its spirit and behaviour to The Woman Who Ran. Like that film, it has a charming sense of woman-to-woman conversations and their unexpected rhythmical fashion. It isn’t trying to be explicitly feminist or playful like the former, but the randomness speaks volumes about the human nature of acceptance and forgetfulness than many of his films have.

SIMILAR TO IN FRONT OF YOUR FACE: HOTEL BY THE RIVER [2018]: ‘TIFF’ REVIEW – A SURPRISINGLY ENDEARING HEARTBREAKER!

There’s such a strange vibe to the film’s proceedings. The nakedness of emotions is akin to a Wong Kar-Wai feature, stripped of all the sensory aesthetics and the romance. The exploration of distant familial relationships in broken families feels familiar to the viewer irrespective of their relationships with their siblings. In many ways, this is also a deeply tender film about the last flushes of middle-age maturity and acceptance of death’s inevitability.

It took a pandemic for the word “death” to lose some of its weight. With the oeuvre of this affectionate Korean master, perhaps it’s fitting because death here doesn’t come with emotional gravitas. It looms large but not before the climax. There’s a sense of space that marks its presence frequently, whether it’s the childhood home of Sangok or her nephew’s tiny restaurant. Like many of the recent Hong films, this film too effectively conveys the repetitiveness and nature of urban South Korea. And yet, the universal touch to his simple stories is undeniable. 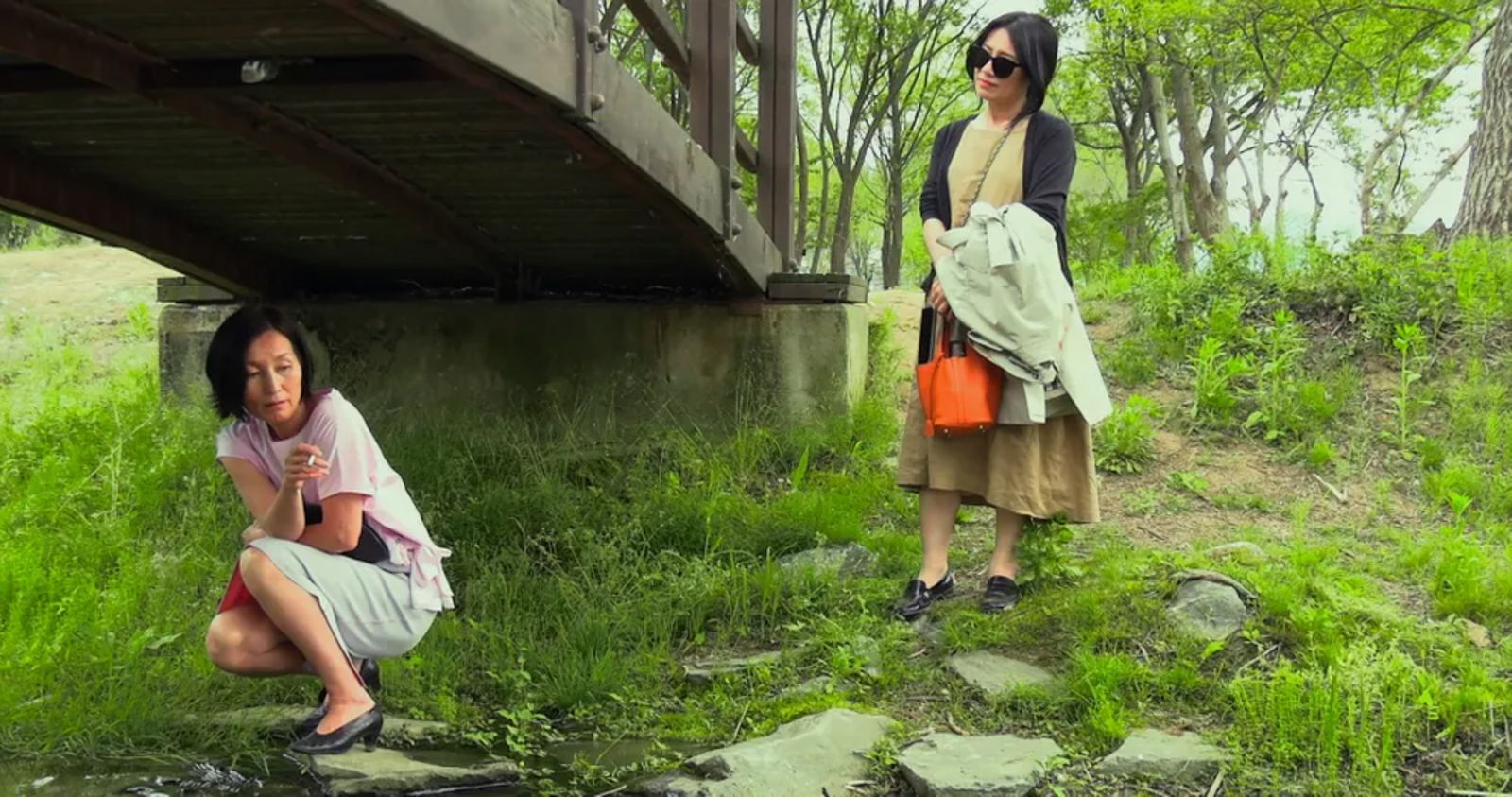 The film relies almost too much on its déshabillé quality. But the performances more than rescue its slow pace from getting drowned in discomfort. Veteran actress Lee Hye-Young is immersive in her leading turn as the protagonist Sang-ok. In so many ways, her character seems to be an older version of the Kim Min-Hee character of the master’s films. (She doesn’t have any screen credit in the film, which in itself is quite unusual). This is a character who has just turned the last page of the coming-of-age process. Visibly, Lee has bared herself of all radiance and energy and this internal transformation deserves thunderous applause.

Frequent collaborator Kwon Hae-Hyo has a poetic and at times funny bleakness as the director who wants artistic and sexual advances towards our protagonist, and his indifference is not far from accessible. Cho Yun-Hee is the film’s most remarkable revelation though. She matches Lee and at times fares better than her as the younger sister Jeongok.

Ultimately, Hong is the winner here. His honesty and attention towards every aspect of writing to the beautiful cinematography make this slight, subtle work stand out. The eighty-five minute running time comes forward as overlong at times. However, this is a feeling inherent to such quotidian works. Because in the end, In Front of Your Face is a wholesome experience. One that makes you feel its emptiness, even when it smiles at the end.

In Front of Your Face Links – IMDb

The Popularity of Sherlock Holmes

The Last Letter from Your Lover [2021]: 'Netflix' Review - Beautifully Shot, Yet Leaves Little to Desire