British actor Neil Maskell is best known for playing disturbing, badass characters, especially in Ben Wheatley’s films. He stars as the titular Bull in Paul Andrew Williams’ vicious revenge story. The film has a very simple tale and doesn’t waste much time setting it up. Neil’s Bull is a ruthless mob enforcer who returns home after an absence of ten years to track down his son, Aiden, and kill everyone who has double-crossed him. Writer/director Paul Andrew Williams of ‘London to Brighton’ fame is also returning back to feature film-making after almost a decade. They both get into their work by relying on spine-chilling brute force.

There’s something cathartic about witnessing a cinematic tale of revenge, though plenty of movie narratives have shown that revenge is messy and a double-edged sword. And when served with enough panache, the murder and mayhem-filled path offers solid genre entertainment. Similar to Dead Man’s Shoes (2004), Blue Ruin (2013), and Bad Day for the Cut (2017), Bull is a slow-burn revenge drama interspersed with memorable violent set-pieces. In fact, from the ‘Get Carter’ days, slow-burn journeys of vengeance within the gangster underworld is a familiar trope. 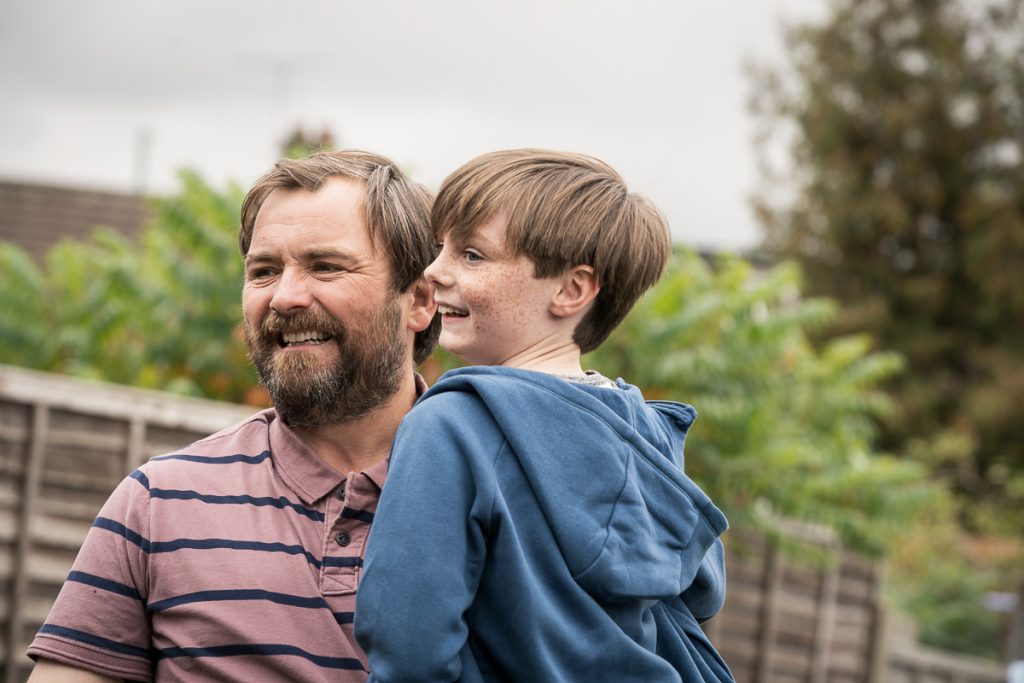 However, one interesting quality about Neil Maskell’s Bull that distinguishes him from other vengeance-seeking English protagonists is that he is unscrupulous and a low-life. Except for his love for Aiden, there’s nothing good in him. He seeks salvation, but definitely not for him. On his boss Norm’s (David Hayman) command, he chops a man’s fingers and is suggested to have done far more worse things. Men taking the path of revenge would have certain principles. For instance, to not hurt women or threaten children. Bull doesn’t have such rules. He carves up a woman with a knife, who was possibly involved in a plot that nearly killed him.

Related to Bull: Revenge [2017]: A Roaring Rampage of Retribution

The flashbacks are dispersed throughout the short running time of the film. It seems to convey something very standard that director Williams cleverly holds one significant detail from us. Bull has married his psychopath boss Norm’s spoiled daughter, Gemma (Lois Brabin-Platt). They both have a son named Aiden though Gemma has left Bull for another man. She also has a drug habit, which worries Bull. Norm is an over-protective father who makes it clear to Bull that both Gemma and Aiden don’t want him in their life. However, in the gangland, custody battles aren’t settled in courts, but through brute force. Subsequently, Bull’s trailer goes up in flames with him inside. How did he miraculously survive then?

Williams’ direction is precise and appropriately downbeat. He opens the film with a driver picking up Bull to do a hit. The camera stays inside the car while Bull casually walks up to the man and empties the entire mag into the man. There are no balls-out action sequences here. Bull’s violence is quick and underlines his savagery. A woman finds her mob enforcer husband with a knife sticking out of his mouth. In another moment, Bull swiftly hacks off a man’s arm and immediately cauterizes it at a stove-top before interrogating him. The time-worn narrative trajectory is one of the greater flaws of the movie. But the intense performances make up for some of those flaws. David Hayman as the menacing grandfather Norm is brilliant. He exudes grandfatherly gentleness which is soon taken over by his monstrous nature.

Yet, with each of Bull’s murderous rampages, the narrative cuts to the petrified mob minions’ reaction, followed by a portion from the past. There’s nothing inspiring in terms of staging or writing in these moments that we patiently wait for Bull’s next rage-filled murder. Of course, as I said the actors make the intermediate scenes watchable. Otherwise, it feels like Williams is simply going through the motions. The violent moments keep getting remarkable though. Apart from the stove-top sequence, the scary amusement park ride and the slo-mo firing of a sawn-off shotgun in a closed space satisfy our craze for unhinged revenge. 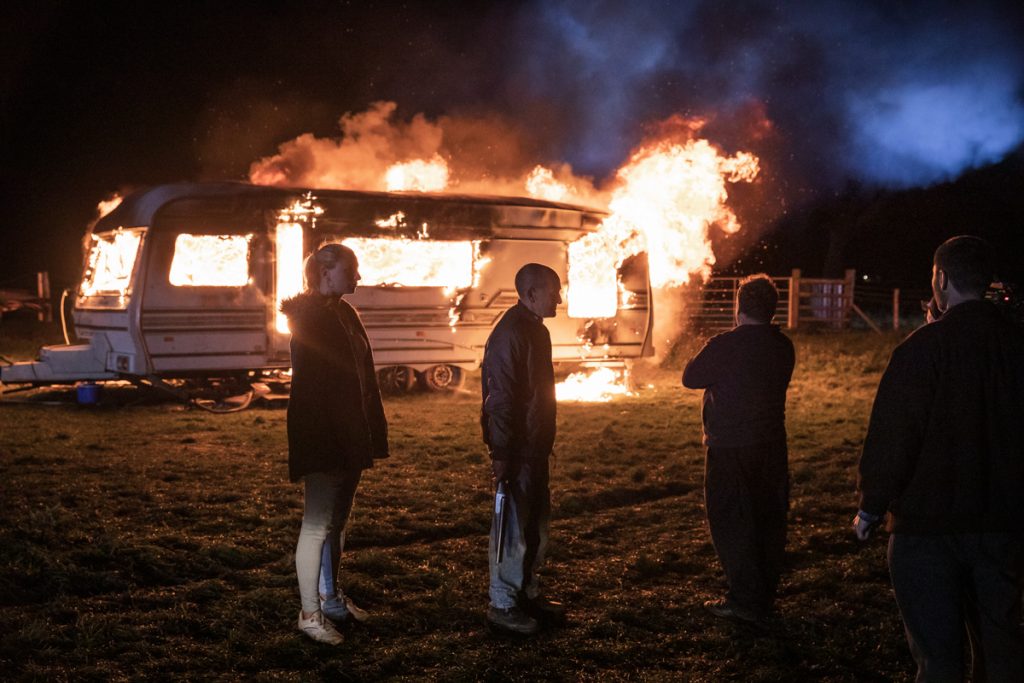 Director Williams’ also ends the narrative with an interesting twist that makes us see the tale in a different light. However, I wished the filmmaker was a little more subtle about it like Shane Meadows in Dead Man’s Shoes rather than overtly showing the familiar religious iconography and throwing out words like salvation. The ending for some might come across as a bit anticlimactic. But I felt it’s all the more fun in such an outrageously nastier revenge flick.

Bull’s strength and flaw (based on your perception) eventually lie in how Williams maintains the old-school pulpy tone throughout. He doesn’t try to reinvent such narratives by writing more interesting female characters. Or for that matter, the male characters are also uncomplicated archetypes. Furthermore, the apparent subtext is also too old-school: even a bad man loves his family, whereas a woman breaks up the family unit. Anyway, who cares about subtext when Neil Maskell serves retribution with such fury and force?