Typically, in revenge movies, the male lead is thrust into action after his loved ones are hurt or straight up killed. You have seen it as early as in Death Wish (1974) and Sholay (1975). Then in Taken (2008) and I Saw the Devil (2010). Since we are talking about a Yami Gautam movie, let’s also mention Kaabil (2017). The term fridging is also associated with this particular way of writing. It highlights how female characters aren’t given the agency or even the chance to tackle the trauma dealt with them. Although this particular sub-genre has a long way to go in terms of giving female characters the tools to enact their revenge, Revenge (2017) and Promising Young Woman (2020) have started to change things up. And it feels like A Thursday (2022) is a step in the right direction.

Everyone associated with A Thursday has repeatedly mentioned that it has nothing to do with the Neeraj Pandey film, A Wednesday! (2008). But, in my opinion, it would’ve been beneficial for the Behzad Khambata directorial to market itself as a spiritual sequel to Pandey’s film because it brilliantly works as one. A Wednesday! is one of the most popular movies in Indian film history and a lot of viewers are going to make that connection. Because the basic premises are quite similar and yet the overall treatment is quite different, hence good. 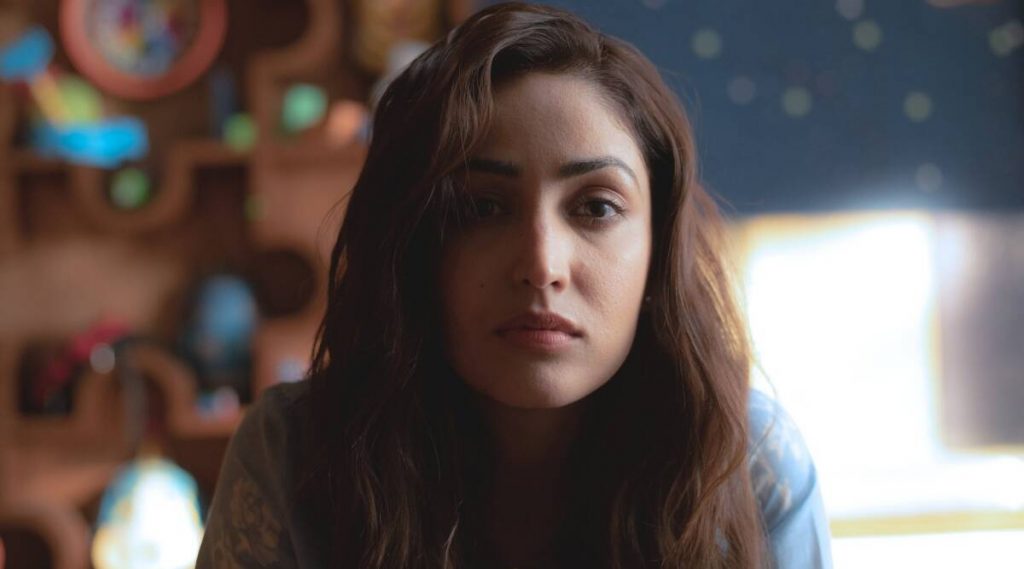 To be honest, the stakes in A Thursday don’t feel very real until the 45-minute mark. Because you’re seeing through the lens that the Hindi movie industry has fit onto your sockets. Naina is a woman. She is holding kids, her assistant Savitri (Kalyanee Mulay) and a driver named Govekar (Boloram Das) hostage. Although she is saying that she’s going to kill them, you think she won’t because she’s a woman and these are innocent people.

Well, leave those preconceived notions at the proverbial door before getting into this movie because it takes a turn into serious territory so hard that you’ll get whiplash. It’s the moment where it genuinely feels like everything is on the table. Every person that comes near Naina or challenges her worldview is going to be shaken and stirred to their core until they learn to empathise with her plight. Or at least shut up long enough to listen to her.

Checkout: 20 Great Psychosexual Movies That are worth a watch

That’s the focal point for a major chunk of the movie: empathy. It’s undercut by Naina’s final agenda because it’s completely different from the repeated pleas for empathy that we see in the movie. What Naina asks from PM Maya is understandable from her character’s point of view. It’s understandable from an emotional point of view. But we’ve seen the real-life impracticality of it and how it derails the whole conversation around justice and refiguring society’s collective consciousness. However, all that makes for the final 5-10 minutes of the movie. Until then Khambata shows how we’ve trivialised mental health and women in general, through some really crafty VFX, effective dialogues (courtesy of Vijay Maurya), and well-aimed shots at the corrupt mainstream media.

Khambata doesn’t even expect reformation from men because of how the gender has traumatised women, turning them into mute spectators or enablers or criminals. Instead, he requests women to amplify each other’s stance and not bow to public pressure or the corporate demon that’s their boss (also a man).

A Thursday looks, sounds, and moves like Bollywood movies rarely do nowadays. The decision to let it pour like cats and dogs is genius. Because let’s be honest, Se7en (1995) pretty much established that crime thrillers look cooler (read: moodier) when it’s raining. It adds a physical element of tension on top of the psychological tension that’s building up due to the situation that the characters are in. The camera work is kinetic. The choreography of a couple of fight sequences is exceptional! The actors and their stunt doubles sell it amazingly. But the choice of camera angles, the sound design, and the cuts satisfied the action fan in me.

Related to A Thursday – Revenge (2017) Review, A Roaring Rampage Of Retribution

Talking about the editing, the overall pacing is good. There’s a sense of urgency to it. And even when there’s no progression, the limbo feels tense and not boring. But then there are the digital crash zooms into Yami’s face accompanied by the generic score like it’s a clip from a poorly-made trailer. Why? You were doing so great. Why did you have to do that?

Thankfully, those digital crash zooms aren’t distracting enough to decrease your appreciation for the performances in A Thursday. It goes without saying that this is a Yami Gautam vehicle. She understands that her smile, her vocal inflexions, her warmth fits the stereotypical image of women that people have in their minds. And she lets that out earnestly while allowing the tragic and sinister subject matter to create the contrast. Which is a roundabout way of saying that this is a career-best performance from Yami.

The only person who gets as much screen time as Yami is the great Atul Kulkarni. Well, what can I add further to the incredible talent of Kulkarni? He is one of the best actors working right now. He digs deep into the Javed’s psyche and becomes one with it. His rapport with Neha Dhupia is excellent, who BTW is pitch-perfect in her own right too. Fun fact, she did it all while being pregnant. That’s not a fake baby bump for her character. As for the rest of the cast, everyone from Karanvir Sharma to Dimple Kapadia and all the child actors are spectacular!

So, yes, a big thumbs up to A Thursday. Even though the creators deny it, I think it’s a solid spiritual sequel to A Wednesday!, thereby making it one of the best sequels in recent Bollywood film history. It runs the risk of suffering from clunky editing, background score, and going by its ending, a misplaced sense of optimism that that’s how easy it is to change things in India. But the performances, storytelling, dialogue, and the message about being empathetic to women save the movie from being overpowered by its negatives. After this, there’s no reason for the Hindi film industry to fund revenge films with a male protagonist. We have seen too much of that. Let women tell their stories and kick some ass – metaphorically and literally. Let women be the knight in shining armour of their personal revenge sagas.

A Thursday is now streaming on Disney+ Hotstar

The Cuphead Show! [2022] Netflix Review - One Of The Best Animated Shows That Offers Barrels Of Fun And Action