Ben Wheatley, the British indie filmmaker, somewhat rests on the periphery of the British film industry. Neither a social realist nor a James Bond action filmmaker, Wheatley seems more a forerunner of films like that from Robert Eggers. Wheatley, alongside his wife and screenwriter Amy Jump, has made a selection of diverse films, consistently inverting and manipulating genre tropes and playing with audience expectations. In some way or another, all of Wheatley’s work focus on varying oddball and sociopathic central characters who find honesty and loyalty hard to come by. While mixing scares, gore, and trippy action, Ben Wheatley deftly imbues each film with a dark comedy, underlying each situation with a satire and wit that has become a staple throughout his work.

Wheatley started his career as an internet phenomenon whereby his film, Cunning Stunt, was one of the first videos to ever go viral. After a hundred or so short films and games, both Wheatley and Jump finally found the opportunity to ply their trade at feature filmmaking and television. Here we look at and interrogate the films that have defined one of the leading and most exciting talents in the British film industry today. 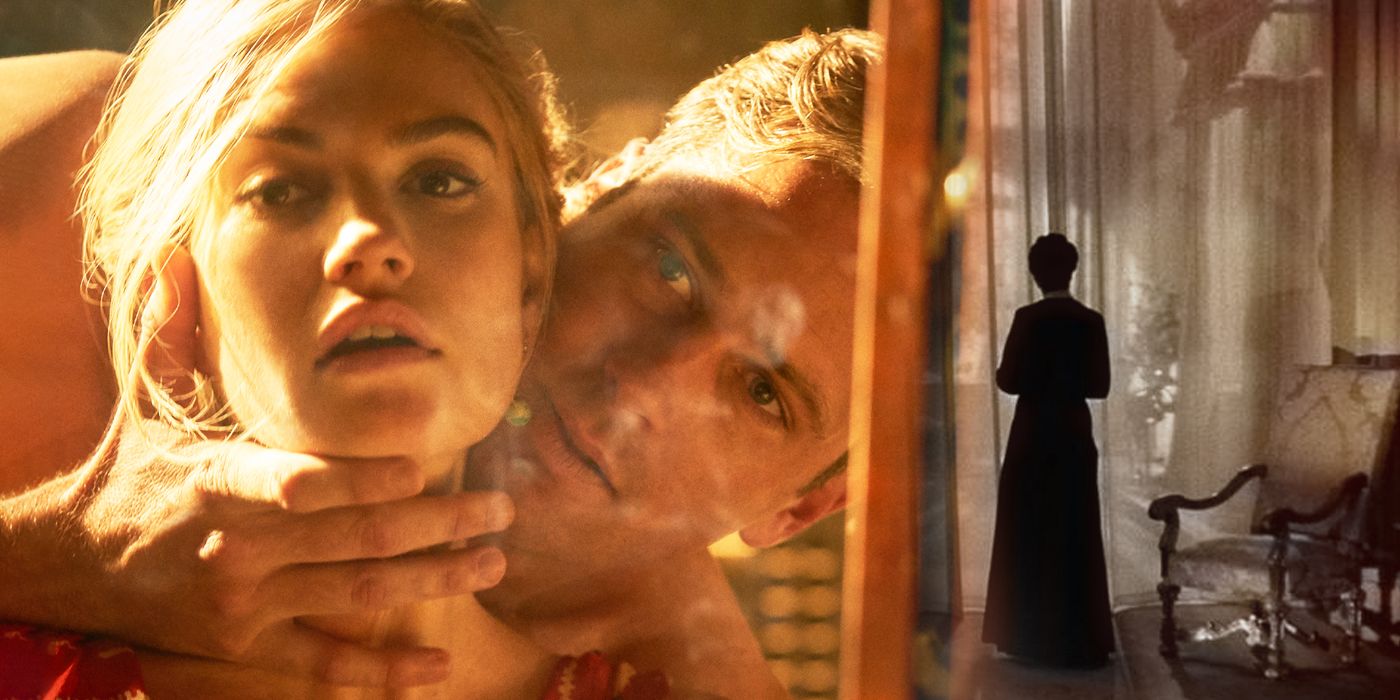 A prospect that Ben Wheatley could lift himself out of the British, indie cinema pigeonhole he had previously thrived in and make a big-budget, mainstream movie came when it was announced he was making a Rebecca adaptation for Netflix. The film’s natural connection to genre-master Alfred Hitchcock and its Netflix release seemed to raise the stakes compared to the types of films Wheatley had largely been associated with, though he had proven in the past that he was more than capable of adapting renowned source material. Wheatley’s genre-bending reputation seemed like a fresh match for Rebecca compared to Hitchcock’s genre-defining film style, all the while maintaining Wheatley’s track record for handling material that explores the darker side of morality. To the surprise of many, though, this Rebecca falls kind of flat.

Related to Ben Wheatley: The Emotional Minefield of Alfred Hitchcock

Daphne du Maurier’s Rebecca, a haunting exploration of jealousy and sex, isn’t an easy story to adapt; Hitchcock’s version can barely be accounted for as an essential demonstration of his narrative flair despite being the only film of his to win Best Picture at the Academy Awards. But where Hitchcock still manages to build tension and display some thumbprints of his film style, Wheatley displaces his unpredictability and dark, witty humour with a predictable and pleasant, yet boring, respect for the source material. A film so fondly associated with genre-filmmaker Alfred Hitchcock, Wheatley failed to fully build an atmosphere or suspense, here, instead opting for a glossy melodrama that could neither delve wholly into the heavy themes of du Maurier’s book nor be radical enough to fully reinvent it.

‘Down Terrace’ was Ben Wheatley’s debut feature film and one that cemented the themes and style that would permeate throughout the rest of his work. It is a shrewd and intelligent shift away from the social realism most have come to associate with British filmmaking, while still maintaining a down-to-earth, naturalist look.

Down Terrace both subverts and mocks the traditional mob-family genre film, setting it in a small and unknown coastal town as if in homage to The Godfather set down a gritty Brighton cul-de-sac. Father and son, Bill (Robert Hill) and Karl (Robin Hill) are introduced having just been released from a turn in prison, wanting to unearth the informant who has threatened their crime business. Though gangsters, the two bickers and tantrums and are exhausted by the life they and their ancestors have sculpted for themselves over the years. It is a funny, deadpan British comedy where there is little love between characters woven with outbursts of surreal slapstick humor, which essentially lay down the credentials for Wheatley’s directorial style. 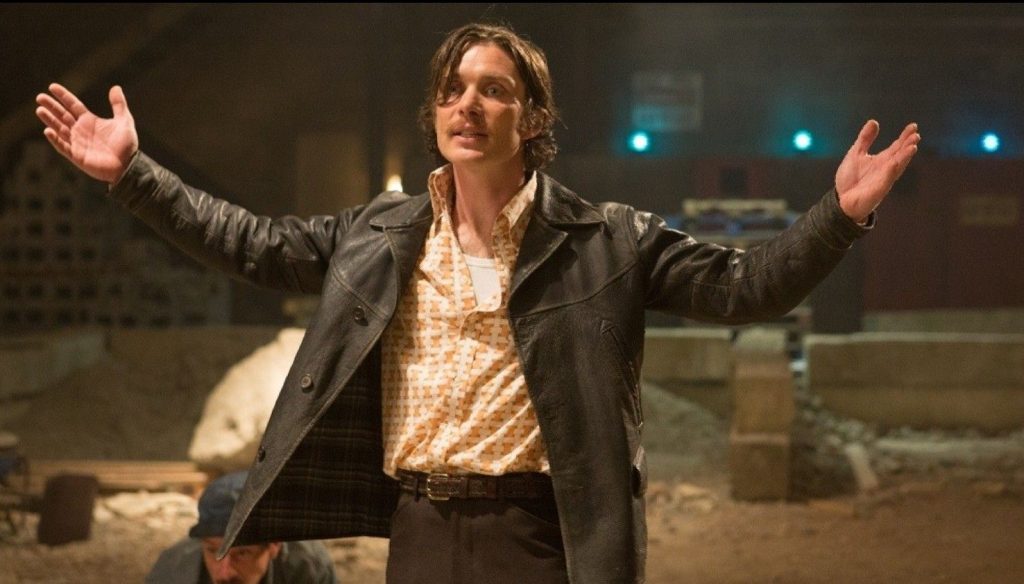 Free Fire is Wheatley’s first film set in America (though is, hilariously, entirely filmed in Brighton and East Sussex). It boasts an excellent and diverse cast – possibly Wheatley’s most glamorous to date – with Cillian Murphy, Brie Larson, Sam Riley, Armie Hammer, Sharlto Copley, and, of course, Michael Smiley who is as much a staple in Wheatley’s films as anything else. Set predominantly within the confines of an abandoned factory, a group of Irish gangsters meets with a dodgy South African arms dealer (Sharlto Copley). One mistake after another leads the deal into turmoil and the two gangs find themselves in a shoot-out.

Free Fire ditches the glam of its Hollywood action predecessors, mocking the typical action tropes; the shooting is messy, dirty, and the professional gunmen miss their targets more than they hit them. Amy Jump’s script is given the time and space to be funny and witty and is somewhat the central aspect of the film – where there is no shooting, there is always a hilarious dialogue between two or more of the characters. Free Fire demonstrates how both Wheatley and Jump can orchestrate comedy to minute detail and will not disappoint the Wheatley-faithful. 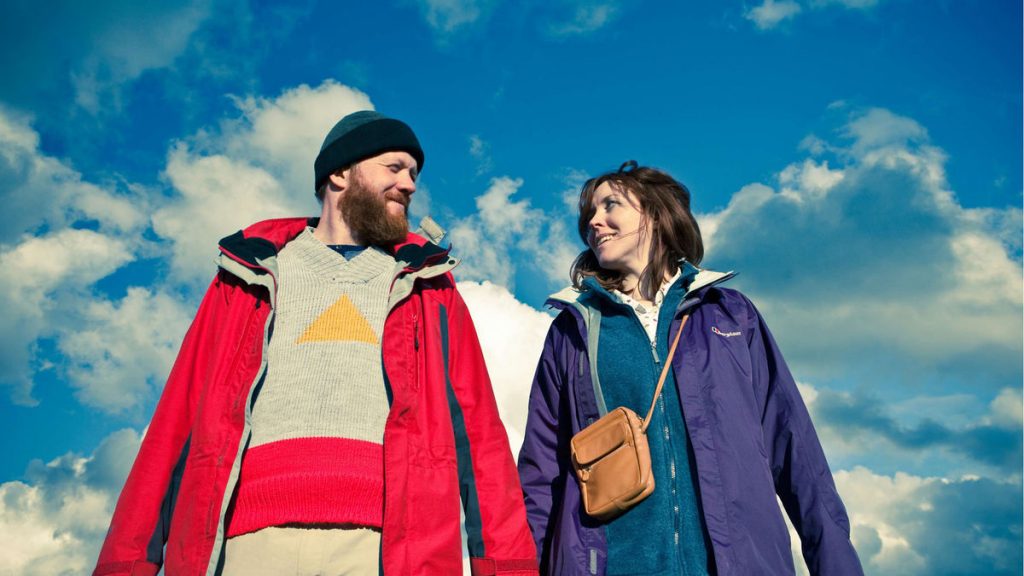 Sightseers teams up Alice Lowe and Steve Oram (who both co-write and co-star, here). They play Chris and Tina, a newly formed couple who want away from their demanding lives by planning a caravan holiday through the Yorkshire countryside. It is a road movie where both characters try their hardest to impress but only to fall short with hilarious yet unexpected consequences.

The journey not only takes us throughout Yorkshire and its ‘interesting’ sites but maps out each character’s psyche as the further they travel, the further their true characters emerge. Ben Wheatley deftly balances the humor and gore in a way that constantly juggles our interpretation of the characters, while we wait eagerly to find out if there is any hope of a happily-ever-after. 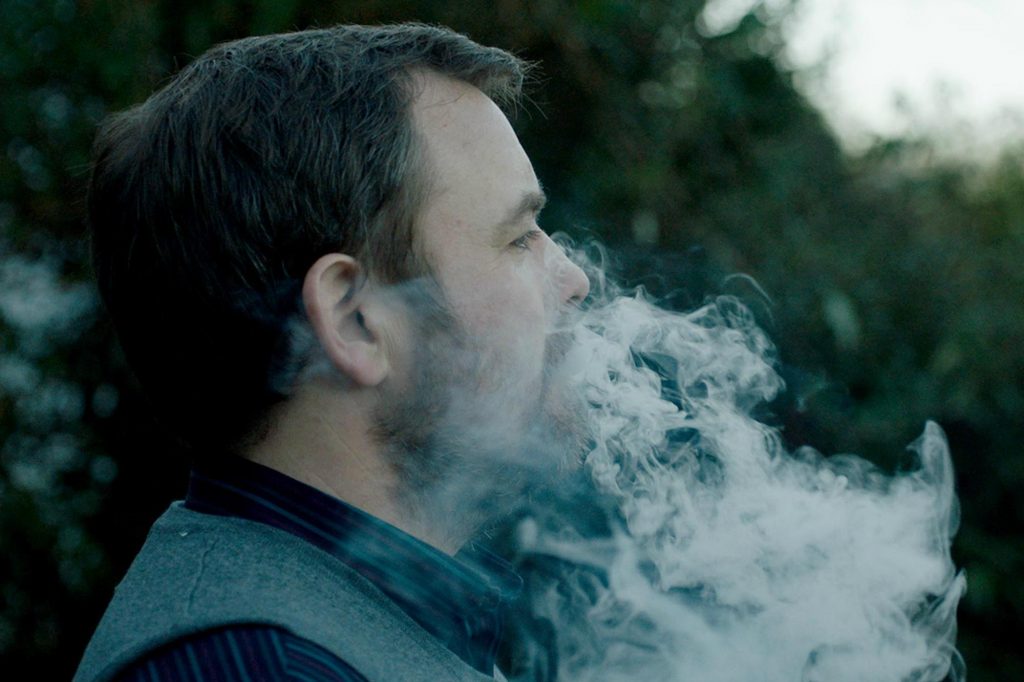 Happy New Year, Colin Burstead was the first film Wheatley wrote without the accreditation of Amy Jump (or Robin Hill who co-wrote Down Terrace). After High-Rise and Free Fire, Wheatley seems to return here to the claustrophobic, dysfunctional family melodrama seen earlier in Down Terrace and Sightseers.

Colin (played by Neil Maskell with a career-best performance) hires a coastal manor house in an attempt to finally bring together his large but fractured family for New Year’s Eve. Time for forgiving, forgetting, and looking forward to the future, Colin’s family is unfortunately too entrenched in past traumas and differences. This comes to a head when Colin’s brother, Dave (Sam Riley), enters the party, spiraling the drama into something acidic and nasty, ultimately leaving the family more fractured than it was before. Wheatley’s dark wit and situational comedy come to the fore here better than ever. A subdued film considering his previous few efforts but one that is grueling yet reflective, hilarious yet emotional. 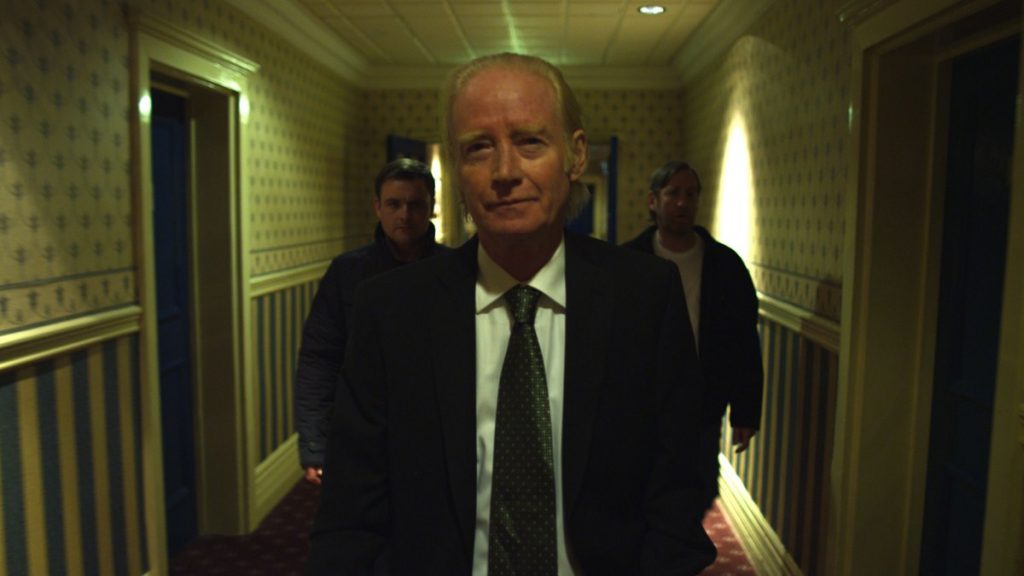 Directly after the low-key mob-drama, Down Terrace, Wheatley truly burst onto the scene with his most genre-defying, trope-shifting film, Kill List. At first glance, Kill List is a gory hitman movie that follows former contract killers, Jay (Neil Maskell) and Gal (Michael Smiley), as they navigate a series of mysterious jobs, each stressing Jay’s worrying erratic behavior. Hidden among the gore and the action set pieces, Ben Wheatley imbues moments of humor as Jay and Gal bicker and banter while killing time. After finding a series of snuff films in a closet of one of their contracts, though, Jay becomes a twisted avenger decided on brutal murders as opposed to calculated kills – to Gal’s unwanted surprise. Here, we are introduced to the first horror as Jay’s erratic behavior takes center stage and becomes an alarming characteristic in his dysfunctional marriage.

As the situation seems like it could not get worse, though, Ben Wheatley once again plays with audience expectation as the two hitmen are suddenly embroiled into a nightmarish cult and are chased underground into a series of claustrophobic tunnels and dimly lit chambers. Once again Wheatley – most explicitly but most effectively – defies genre convention, expertly navigating melodrama with hitmen, gangsters with body horror, all set within the innocent, pastoral English countryside. 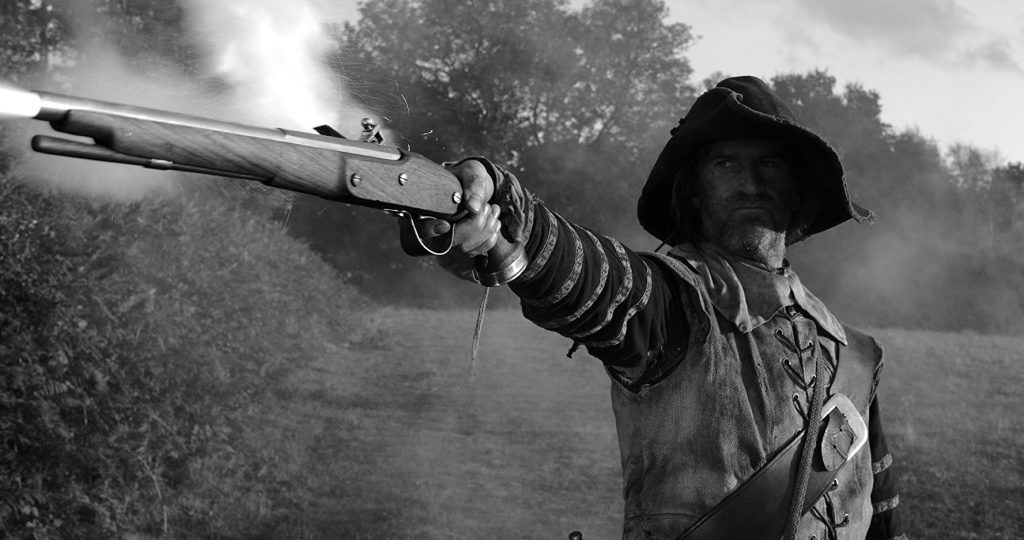 A Field in England is set during the English Civil War in the 17th century and has a black and white achromatic image – this is a time of little vibrancy and little hope. We first meet Whitehead (Reece Shearsmith), a soldier who has deserted the battle, scrambling through a thorny thicket in hope for clearer and safer pastures beyond the brush. He finds a large field and more deserters who all travel together to find a pub. They are captured by an alchemist (Michael Smiley) who persuades them to search for a treasure that he believes is hidden in the field. From that point the group is trapped in the interminable pasture, with wild mushrooms their only source of nourishment, and while away from the Civil War they find themselves in a battle against their minds.

Originally, A Field in England was released on all formats simultaneously (cinema, video-on-demand, and television) but the film is much more than a quirky release gimmick. A Field in England seems influenced by and retextures the British rural horror films of the 1960s: think The Witchfinder General on acid. And like all of Wheatley’s films, there is a focus on themes of trust and loyalty between the ensemble, while we are always on our toes trying to navigate Jump’s hypnotic and anachronistic screenplay. 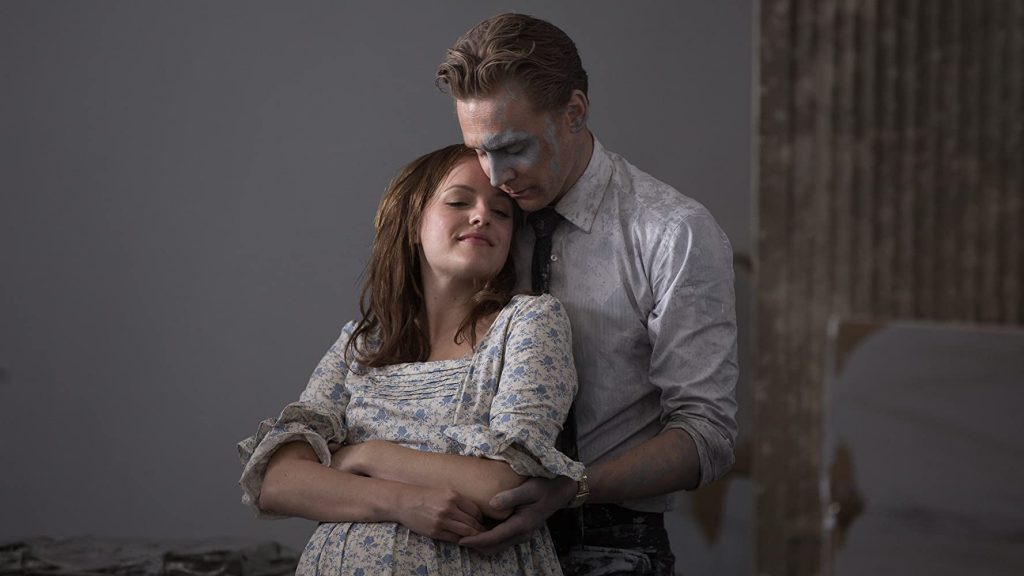 High-Rise sees Tom Hiddleston move into a newly constructed tower block only to find himself battle against an anarchic community that inhabits it – a microcosm of all that defines civilization: class, money, and power. Wheatley sets the film during the 1970s through flashy suit costumes, nicely trimmed facial hair, and radio programs on Margaret Thatcher; though its mutated ABBA soundtrack, crooked tower design, and pastiche makes it feel like an out-of-control dystopian future.

Similar to Ben Wheatley: 10 Films To Watch If You Loved Parasite

High-Rise is a more polished construction in its style and structure than Wheatley’s other films – though still leaves a little room for you to get lost in the plot’s chaotic crescendo. Adapted from J.G. Ballard’s book of the same name, Jump has managed to create some form of filmic structure from a source material that was widely considered to be impossible to adapt. This is Ben Wheatley and Jump well and truly at the top of their game.