Home»Reviews»Dr. No [1962] Review: A Great Spy Thriller with a Tough and Stylish hero
Reviews

Dr. No was the first chance for the fans of Ian Fleming’s Bond novel to see it adapted on the big screen. Little did the people know that it will transcend itself into one of the longest running spy franchise that is still going strong. During the making of Dr. No, stakes were quite high. Ian Fleming was upset with the selection of Scottish working class Bond, Sean Connery. Producers of the Bond film picked the sixth novel, which was grittier and darker in tone to start with. Now, we all know how Dr. No has not only shaped the career Sean Connery but also provided the solid foundation for following Bond flicks. Dr. No is arguably considered as the best Bond film and also one of the closest cinematic interpretations of any Bond novel that has rightly captured the essence of novel. 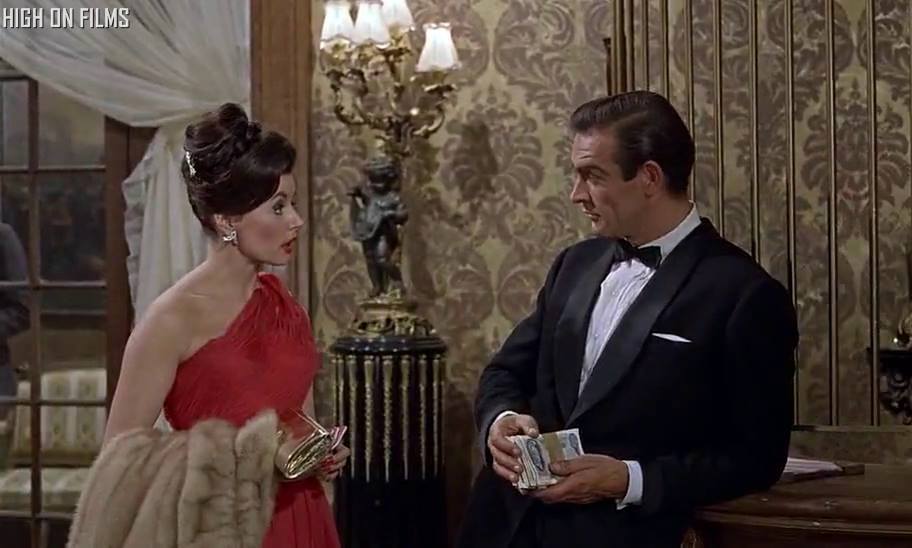 First ten minutes of the film has epitomizes every Bond films in the series, like Bond shooting in the camera lens accompanied by famous Bond theme, murdering event that sets the film in motion, suited suave Bond in Casino who gets in the flirty conversation with hottest lady in the room. What might be missing is the advanced gadgets, which Bond is known for.

Dr. No opens in Jamaica, where one British Secret Service agent-Strangways is murdered by “Three Blind Mice” and they take his body with them . James Bond, 007 license to kill,  is briefed by M about disappearance of Strangways and asked to determine if his disappearance has anything to do with radio jamming in Jamaica. After his arrival in Jamaica, Bond survives numerous attempts on his life and quickly learns of the mysterious Doctor No inhibiting in lonely island Crab Key. Bond travels to Doctor No’s island and finds himself embroiled in a deadly plot. 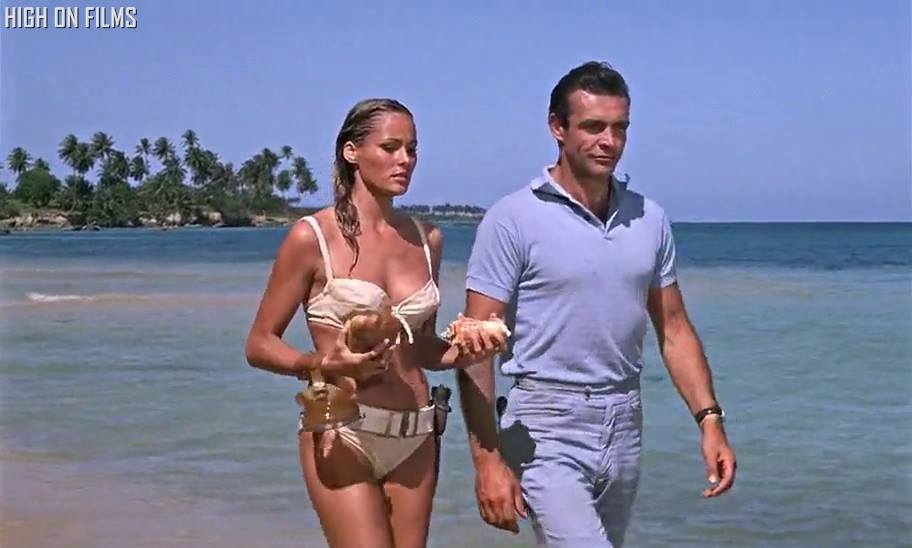 Dr. No is far more different from the subsequent entries, thanks to the low budget. It is a spy adventurous films that involved wits of Bond for investigation more than the gimmickry. Bond is most humane here who portrays varied emotions including fear and panic. Surprisingly it has minimal use of gadgets, for which Bond films are known. Bond is less flirtatious this time around, no over the top action that makes it realistic in tone. Anticipation surrounding the mysterious Dr No has been done brilliantly and Joseph Wiseman has played the character of sinister evil Dr No marvelously.

Sean Connery has delivered memorable but restrained performance, that was missing in most of the films by other Actors donning as Bond. He is quite vulnerable that does not make him super hero kind of figure, and screen presence is enthralling. Ursula Andress as a Bond girl looks aphrodisiac but has nothing meatier to her character that can bring any substance to the story. John Kitzmiller is another actor who could leave a mark as Quarrel in helping Bond.  Dr No is a great spy thriller with a tough and stylish hero of some charm, doing his job without the assistance of elaborate munition or eye-popping gadgetry.