Home»Reviews»Robibaar (On a Sunday) [2019] Review: A One Day Journey of Estranged Lovers
Reviews

A romantic relationship is a sanctuary, a safe haven for the people sharing a bond founded by love. Sometimes this sacred bond survives the test of time, sometimes it fails to do so. The reasons and process of parting ways from each other may hurt first and then heal with time, or the pain may remain inside, uncured, pinching your distorted corner of mind every time you recall the memories. “Robibaar” (On a Sunday) [2019] illustrates the latter. It is a story of two estranged lovers with unhealed wounds from a rumpled relationship meeting after fifteen years and spending one Sunday together.

Written and directed by Atanu Ghosh, in his 9th film, Robibaar, the filmmaker presented vacillating aftermath of a disastrous relationship that once was precious. Revolving around the protagonists Sayani (portrayed by the ever-green Jaya Ahsan), and Asimabha (portrayed by the mesmerizing Prosenjit Chatterjee), the filmmaker pragmatically lamented the ruins of a sacred bond.

Similar to Robibaar (On a Sunday) – Made in Bangladesh [2019]: ‘TIFF’ Review – A Colorful Empowering Film for Women Around the World

One Sunday morning, the former lovers meet at a local restaurant. Whether Asimabha planned on meeting his old girlfriend Sayani for a purpose or he bumped into her by accident, remains unknown. Asimabha requests Sayani to be with him as it had been one and a half-decade since they last met. Sayani never rejects Asimabha’s request strongly and curiously follows the man’s lead who she once hated so much, and still hates. She, too, implies her desire to reminiscence this one day as if it were one of their old good days. She leaves and then returns to him as if some invisible spell is bringing her to him again and again. On the other hand, Asimabha hires a gunman to kill himself, guilt took over his wish to live. But he couldn’t let himself die as the thought of his long lost love whirls in his mind. 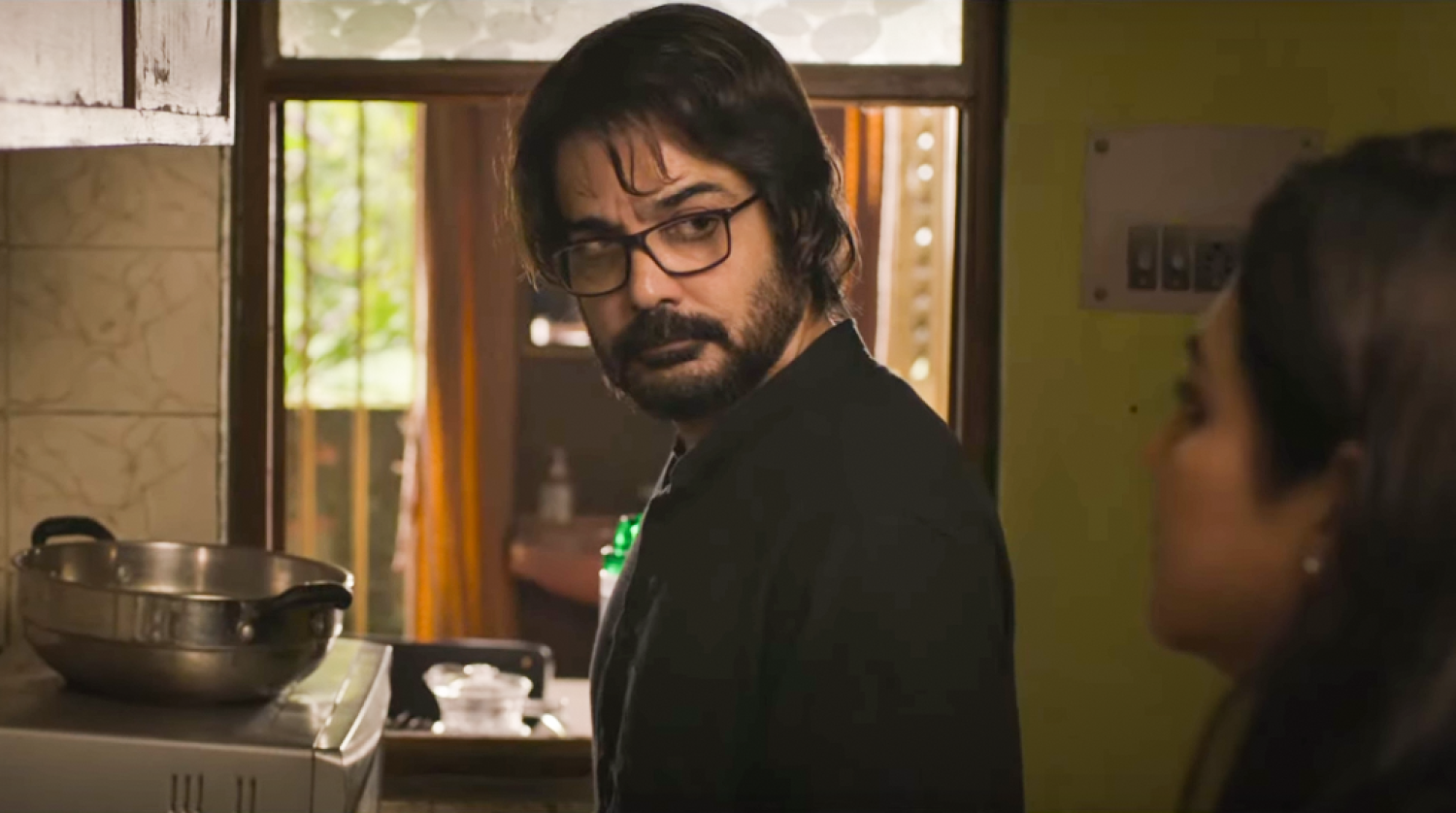 An independent, strong, beautiful woman working at a law firm, roams around in streets, goes to public places, visits the home of this unprincipled man in a black punjabi…the suspense starts to unravel once we see the charm of this mysterious man who selflessly raises a little street boy. Their innate differences may seem drastic, but we could slowly realize the reasons why a lawful intelligent woman as Sayani would fall for her old flame. But human beings cannot adjust to certain things no matter how strong the love is; compatibility is what lasts. Even though they expected a child together when they were together, Sayani killed their child before birth without Asimabha’s consent and ended the relationship. As Sayani called him herself, Asimabha is a forger, fraud, and cheater. We do not get a specific reason for their break-up but we do clearly see that morality is what separated them apart.

Reality cannot be graphed as a straight line. When Sayani and Asimabha both realize they need each other’s professional help– Sayani to write a bestselling book on Asimabha’s unlawful misdeeds, Asimabha to use Sayani’s help with police cases against his misdoings– they make a pact. Once what was a precious bonding, now becomes a deal. The relationship that was once made of love, has now become a self-serving agreement. And that is where the film ends, with an eye-opener.

Similar to Robibaar (On a Sunday) – Mehsampur (2018) Review: A Dysfunctional Celebration of Dysfunction

As the suspense slowly unravels, the character development becomes articulate. The film is shot beautifully with perfect frames, but the color palette seems too dry. The long pauses are excruciatingly slow. The film had numerous scopes to pace up, to play with the unsettling environment. The filmmaker, Atanu Ghosh, succeeded at taking us into the journey of two ex-lovers, but the journey appears monotonous. Especially, the plot may give a suspenseful vibe here and there but nothing really adds up in the end. Nonetheless, the background scores are beautifully chosen. The protagonists lived up to the expectations undoubtedly. Both Prosenjit and Jaya along with the supporting actors and actresses made their performances seamless. Lastly, the more you think about Robibaar, the more you realize, the film could be started off where it ends because that is where the film becomes the most intense. That is where you hold on to your seats, but sadly, that is where you see the closing credits.

Robibaar (On a Sunday) is what you can watch on a gloomy Sunday, alone, having a taste of nostalgia of some melancholic memories you cherish which will be shattered once life gives you the reality check of practicality.

Robibaar (On a Sunday) Trailer

Robibaar (On a Sunday) Links: IMDb