There is a thin line between being detailed and being pedantic. Most successful docudramas achieve a balance in showing effective visual information, and providing a compelling aesthetic storyline. Mehsampur is able to provide a similar experience, but frees itself from the systematized shackles of a documentary, a docudrama, etc. Termed as docufiction, Mehsampur (2018) traces the story of a filmmaker trying to trace back the events of yesteryear Punjabi folk singer Amar Singh Chamkila and his wife Amarjot’s assassination.

We are introduced to people who knew Chamkila – Tikki the manager, Surinder Sonia, a collaborator, and Lal Chand, the dholak player. In some sense, Mehsampur becomes many films within one, where we not only see these real-life characters as related to Chamkila, but also observe how life has passed on for them, making the film a nostalgia narrative with a sociological compilation.

So, what exactly does Mehsampur convey? Well, it neither tells us very much about Chamkila like a documentary would, nor does it fictionalize the events like a feature would. We are caught somewhere in between, in a dysfunctional state of nothingness. This is where Mehsampur works as an experience. The beauty lies in its ability to not take itself seriously.

We are essentially looking at director Kabir Singh Chowdhry, a filmmaker, filming a filmmaker, filming the Chamkila story. The film follows Devrat’s handycam, which Chowdhry craft-fully alternates between his own camera. Whenever the shots shift to the former, we sense a very personal style of storytelling, so much so that one might even suspect that we’re looking through Agnes Varda’s handycam. 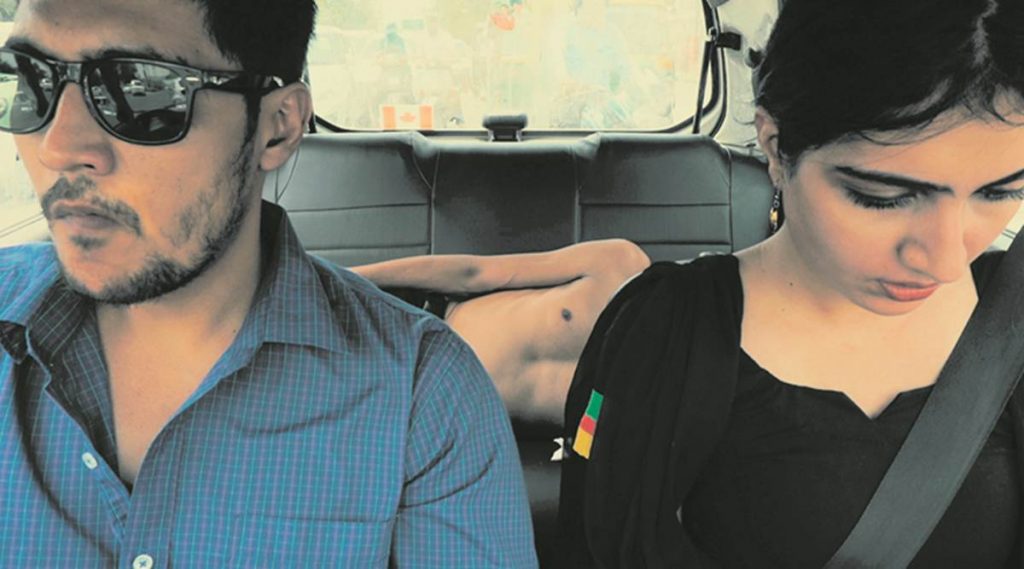 There are some parts of the movie which slump, because of the long and indulgent details given by the interviewee. But in these sections, Chowdhry masterfully adds surreal jumps, which provide a quirky relief, and quickly snap to another part of the narrative.

While interviewing Sonia, Devrat, the filmmaker, tells her that she is full of herself, and insults her at her recording studio. Some Edgar Wright cinema ensues (jump cuts, fast paced action, and the works), and we soon see a couple of kids trying to attack Devrat, while he frantically tries to get his car started. Such sequences are aplenty, coming to our rescue much before the banal strikes.

There is an ideological layer to Mehsampur. With numerous references made on screen to contemporary dialogue – Devrat itself being challenged by “Bantam” films on completing the Chamkila story before them, consensual sex resulting in a string of “emotional” accusations by the female, among others makes Mehsampur even more subversive. There is a notable visual reference of the bar performer (Jagjeet Sandhu), who pours his heart out while singing popular Celine Dion and Britney Spears tracks, which sparks a similar resemblance to Meri Jaan AAA from Om-Dar-B-Dar.

Mehsampur (2018) never fails to surprise, to shock, to sympathize with the ridiculous – from scenes that make for absurdist recreations to scenes that require a Kleenex for emotional aide, the film is a cocktail of all good things that cinema can give us.