“Atsushi Kasezawa’s documentary ‘A Step Forward’ approaches this devastating sociological subject from the perspective of a middle-aged pastor, Fujiyabu, who rescues and rehabilitates suicidal individuals.”

Seppuku (the ritual suicide by disembowelment), the ‘kamikaze’ pilots of 1945, the Aokigahara ‘suicide’ Forest (also known as ‘Sea of Trees’) are some of the well-known delineations on the grim subject of suicide in Japan. While the ritualistic self-killings in feudal and World War II Japan were somehow deemed ‘honorable’, suicide in the contemporary, industrialized Japan is a result of various factors: isolation, job insecurity, a strict rule-oriented society, etc. In fact, suicide is a prominent theme in Japanese arts and culture that it might be one of the words your mind might immediately conjure when thinking about Japan. And since the Japanese are very good at inventing unique words for certain social, cultural practices, they have come up with the term ‘hikikomori’ (coined by the nation’s Health, Labor and Welfare Ministry), which denotes an acute form of social withdrawal (a problem that seems to plague at least 500,000 Japanese).

Actually, Japan is not the top Asian nation in the suicide list. South Korea has that dishonor. But still Japan is the only G-7 nation (the seven large advanced economies aka developed nation) with a very worst suicide rate. Japanese men between age 20 and 44 are mostly the victims of suicide. Atsushi Kasezawa’s documentary A Step Forward (2019) approaches this devastating sociological subject from the perspective of a middle-aged pastor, Fujiyabu, who rescues and rehabilitates suicidal individuals. The Sandanbeki cliffs in the Shirahama town of Wakayama prefecture are a popular sight-seeing spot, but in recent years it also has become the hot-spot for suicides. In order to prevent the suicides, local pastor Yoichi Fujiyabu runs an emergency hotline to help individuals contemplating death. 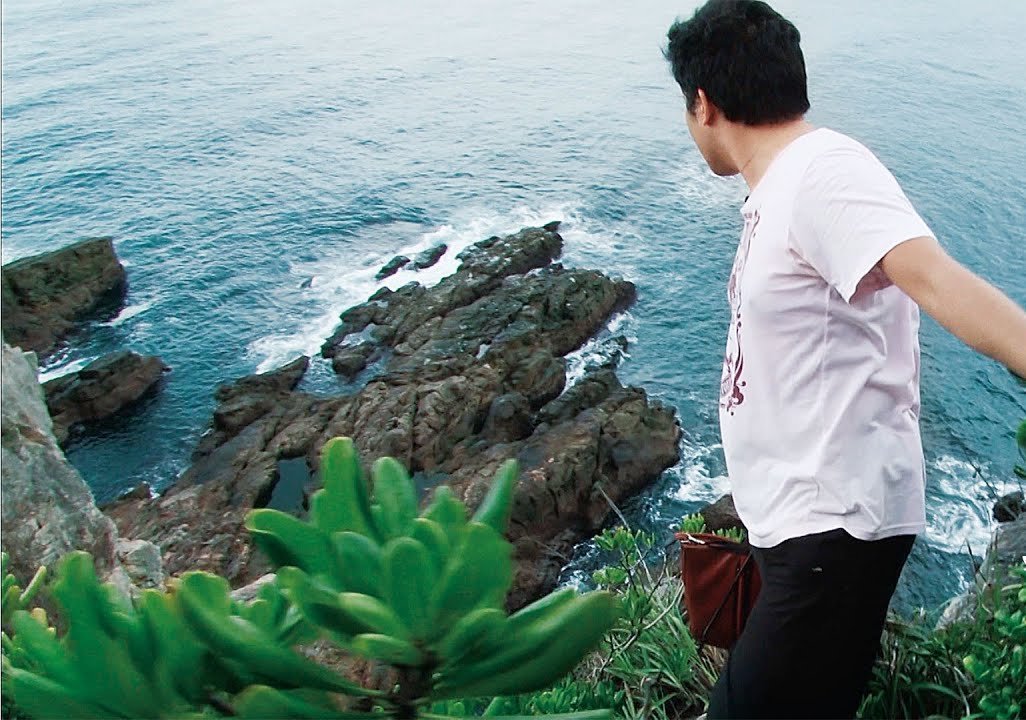 A Step Forward opens with Fujiyabu getting a call in the middle of the night, and he immediately rushes to the cliff to talk to a woman thinking of ending her life. Director Kasezawa keeps the religious aspect of the documentary to bare minimum and rather keenly follows the pastor’s pragmatic efforts to give these suicidal individuals a second chance. Fujiyabu runs a small restaurant and hires some of the rescued people to serve in the kitchen. Once they learn to live in a communal setting and reclaim the lost human connection, the individuals take their own path. The chief cook in the restaurant, now close to Fujiyabu family, has once stood at the edge of Sandanbeki cliff to throw himself down. Nevertheless, the pastor doesn’t always succeed in the rehabilitation phase.

We are reminded of the phrase: “Whoever saves one life, saves the world entire”, from Schindler’s List (1993). But some of the people Fujiyabu rescues don’t want to be saved. The embittered woman rescued by the pastor walks out of the church the next day and takes a bus to leave the town. We can see how the uncertainty of her fate presses upon him. While the chief cook of the restaurant has greatly benefited by the pastor’s efforts, a young man named Mori struggles to get along, both at church and work. Mori takes us to the edge of the cliff and tells his mindset on the day he hesitated to jump down from there, and instead called the emergency no.

Mori is taking baby-steps to re-shape his life. But his old proclivities of over-spending and dodging human connection bring him trouble. In one occasion, pastor Fujiyabu has a good talk with Mori, who looks dejected and sad. He tells Mori to overcome the feelings of isolation and that he is the one who has to change. At home, the pastor’s frustrations are perfectly analyzed by his sensible wife. They make a very good couple and try to help the young man confront his reality (which of course isn’t an easy task).

A Step Forward is made with sincerity and sensitivity. Director Kasezawa’s calm, compassionate gaze directed through the camera allows the suicidal individuals to open up. What’s more intriguing is the focus on pastor Fujiyabu’s anxieties, who sometimes have troubles communicating with others. “Making a promise gives them something to live for”, the pastor says. But he himself can’t keep up the promise at times as the realities of existence overwhelm the pastor too. Rather than simply projecting Fujiyabu as an ‘inspirational’ figure, Kasezawa closely observes and humanizes this savior’s problems.

Overall, A Step Forward (99 minutes) is a pensive observational documentary that discusses the hot topics in today’s Japanese society.