As far as Boat Movies go, there’s always something weird and fucked up that triggers all the conflicts. In Rob Grant’s ‘Harpoon’, the friendship at its center seems fucked up. To put it mildly the characters in the film are not what they seem. However, that’s hardly something that should make you want to watch it. Which is why Grant makes sure that you are served with interpersonal conflicts that are layered with black comedy. He also makes sure that the film always remains self-aware of its narrative constraints which are mostly not overshadowed by conventionality.

‘Harpoon’ begins with a funny narration by Brett Gelman. He narrates how some friendships serve a purpose that once fulfilled can never come back to the same state. Listening to him narrate the tale of these three people – Two of whom are married to each other, one gets that the tension that will surround the film would be between their relationships. Punched by a sharp, gory, blood-filled premise, Harpoon mostly remains true to its promise.

As per Brett Gelman’s narration, we get to know that Jonah is a lonely guy whose deceased parents have left him in debt. Richard, on the other hand, is the son of a rich tycoon and has uncontrollable anger issues. So, when we first meet them both, Richard is beating the shit out of him for doubt of infidelity. An out of context message that was supposed to be for Richard’s birthday – Which is, of course, a Harpoon; makes him believe that his wife Shasha is cheating on him with Jonah. 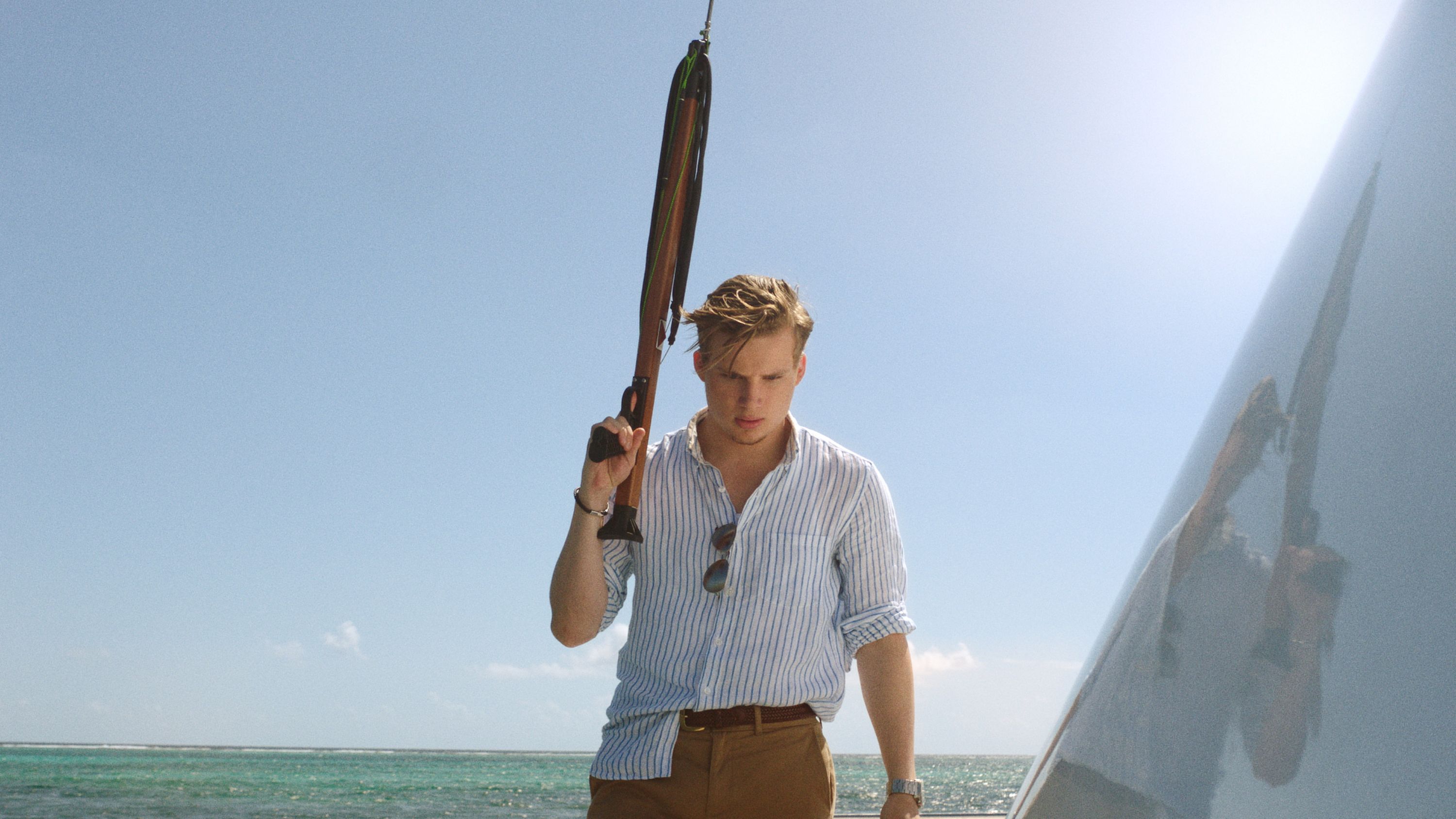 When things simmer down we also get to know that Shasha is probably the only one of them who thinks sensibly.  However, the film never really trends one of the paths it chooses for too long. It both works in its favor and against it. For instance, the doubt of infidelity that triggers the narrative doesn’t stay the course throughout. The movie soon moves into survival mode and into absolute camp mode. The self-awareness of the film allows for some interesting turns but these twists are far too implausible to really hit the mark.

This frenemies scenario could have been Shallow Grave (Danny Boyle’s directorial debut) at sea. Instead, it just happens to romanticize with its own stubborn self-awareness to become a boat movie that’s just gory and occasionally entertaining. This, however, isn’t really a bad thing as the film doesn’t wish to be anything more than that.