All Edgar Wright Movies Ranked: In the space of six feature films, Edgar Wright has become one of the most popular and influential British directors at work today. With his distinctive kinetic directorial style, quirky humor, playful homages, and classic soundtrack needle drops, his films are a burst of escapist joy in an uncertain world.

He earned a cult following for his sitcom Spaced, where he evolved his signature techniques and teamed up with Simon Pegg and Nick Frost, before grabbing the attention of everyone from George A. Romero to Quentin Tarantino with his breakthrough sleeper hit, Shaun of the Dead. Built around the loveable comic duo of Pegg and Frost, two more of the so-called “Three Flavours Cornetto” trilogy followed.

Wright’s stateside films also received plaudits, although have not been received with such fervor by his fanbase. Next up is Last Night in Soho, a psychological horror with major shades of Italian Giallo. Where will that figure among his oeuvre? In anticipation, let’s rank all Edgar Wright movies so far: 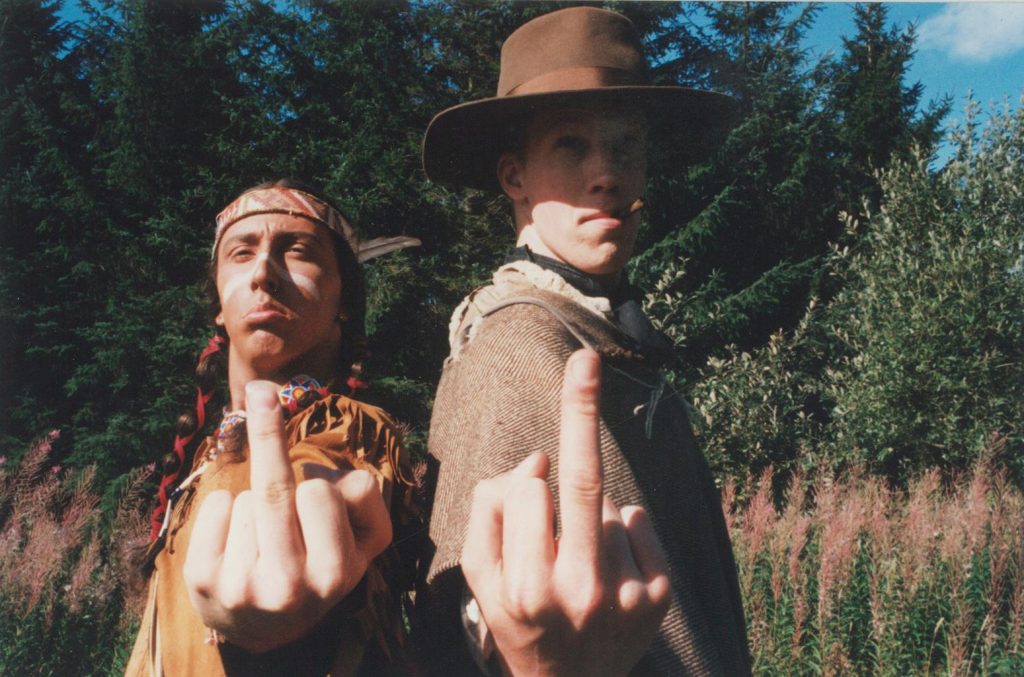 Made for $15,000 with his pals in starring roles, Wright’s ultra-low-budget debut is a playful spoof on – you guessed it – westerns. As with his later hits Shaun of the Dead and Hot Fuzz, he puts a very British spin on an American genre, setting the gunslinging action in his home county of Somerset. The humor isn’t sophisticated, relying on Airplane-style visual gags and repetitive wordplay, with the occasional Pythonesque touch like the hero riding around on a hobby horse in lieu of a real horse.

However, there are glimpses of Wright’s directorial flair and whip-smart editing that would evolve through his early TV work. Despite the obvious talent Wright shows at this fledgling stage of his career, A Fistful of Fingers feels like a student film and the 78-minute run time tends to drag. One for Edgar Wright completists only. 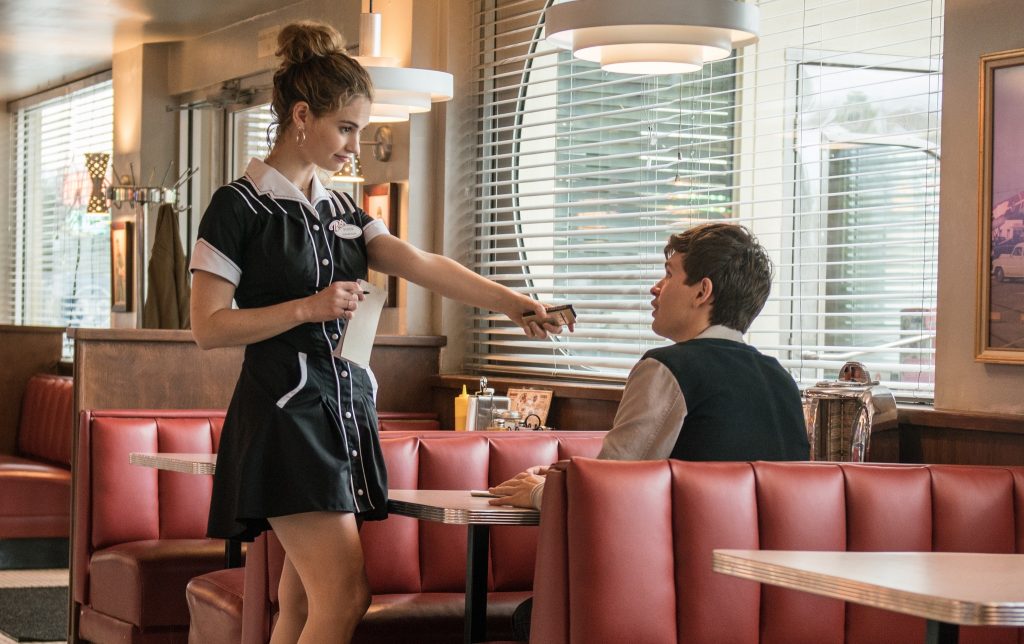 Wright’s high octane thriller suffers precisely because it opens with two of the best scenes he has ever put on film. First, we get a witty and white-knuckle introduction to our protagonist Baby (Ansel Elgort), perfectly choreographed to “Bell Bottoms” by The Jon Spencer Blues Explosion. After we establish he’s a getaway driver waiting for the outcome of a bank heist, it’s pedal to the metal for one of the most exhilarating car chases of the last 30 years. Next, Baby’s grooving through the streets to “Harlem Shuffle” to get coffee, a stunning tracking shot that demonstrates Wright’s consummate skill as a filmmaker. After these two scenes, the rest of the movie is merely good.

Elgort is a stoic but appealing lead as a young man who uses music to block out his tinnitus; a neat plot point that is Wright’s raison d’etre for the film’s elaborate musical scenes. Lily James does her cute Lily James thing as the waitress who becomes the object of Baby’s affections, while Jon Hamm and Jamie Foxx make engaging villains. Unfortunately, Baby Driver has an accidental “ick” factor thanks to a pre-#MeToo Kevin Spacey calling a handsome young man in his power “Baby” throughout the whole movie. It’s a shame because his turn as the benevolent crime lord was one of his best performances since his ‘90s heyday. 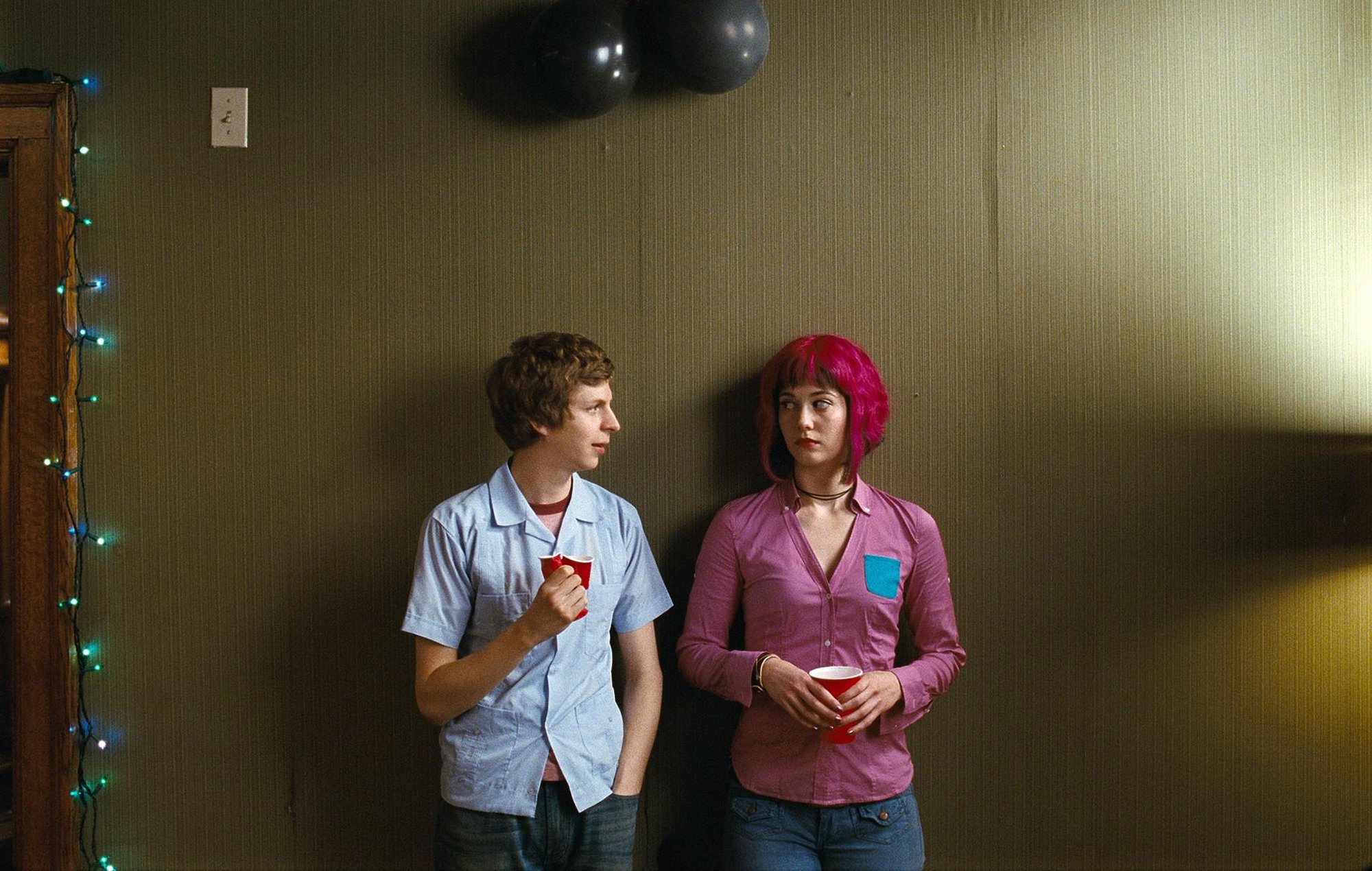 One of the criminally under-celebrated facts about Edgar Wright is that he is one of the best directors of action of the past two decades. He always makes sure that we know who is doing what and why; where they are in relation to everyone else; and that we can actually follow what is happening during the scene. We saw glimpses of this as far back as Spaced, and his style became more slick and confident in the first two installments of the Cornetto trilogy. On the strength of Shaun, Wright was signed by Universal to develop Scott Pilgrim vs. the World, based on the graphic novels by Bryan Lee O’Malley. With his biggest budget to date, it was a project that really allowed his imagination to run riot.

Starring Michael Cera as a deadbeat guitarist who must face off against the seven ex-boyfriends of his new girlfriend, the over-the-top fight scenes are a real showcase for the director’s creativity. The fights are brilliantly realized, seamlessly integrating a comic book and video game aesthetic into the humdrum real-world locales of wintry Toronto. Unfortunately, the post-millennial angst and self-consciously hip romantic troubles of our hero look very dated already, and the film twiddles its thumbs between the action scenes. 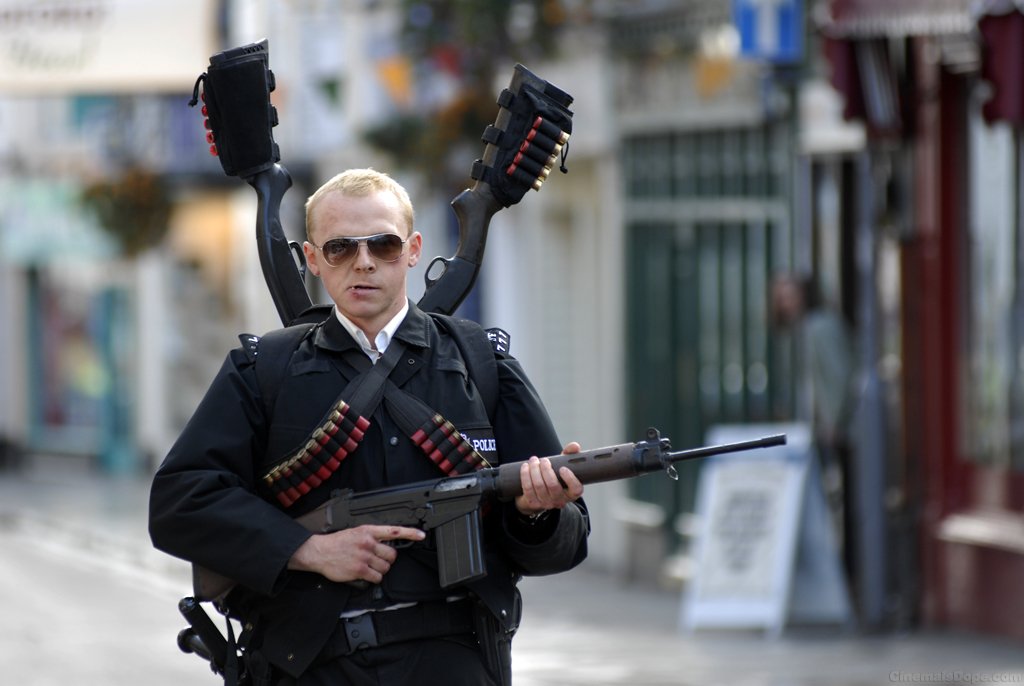 When it comes to deciding which is the best film of Wright’s Three Flavours Cornetto Trilogy, it really comes down to your personal preference among three excellent films. For me, Hot Fuzz isn’t the worst of the three; it is just the least best. It’s a breezy Brit-centric pastiche of Hollywood buddy cop movies like Bad Boys and Point Break that ends up running out of jokes and becoming a little too similar to the films it is poking fun at. That’s not to say it isn’t a thing of absolute joy until the final frenetic shoot-out. Pegg adds another acting string to his bow playing Nicholas Angel, an uptight supercop from London who is shipped out to the sleepy village of Sandford because he’s making the rest of the police force look incompetent. There, he teams up with PC Danny Butterman (Frost, of course), the dimwitted son of the local police inspector, played wonderfully by Jim Broadbent.

Related to Edgar Wright Movies: 10 Movies with a Surprising Second Half

There are also nods to The Wicker Man and folk horror along the way as Angel and Butterman investigate a series of brutal murders disguised as grisly accidents. Before unraveling the mystery, Angel must deal with runaway swans, the sinister manager of the supermarket (played with devilish charm by Timothy Dalton), and the incomprehensible local accent. A brilliant supporting cast including Edward Woodward, Olivia Colman, David Bradley, Bill Bailey, and Paddy Considine all chip in towards the movie’s very high laugh quotient. Overall, Hot Fuzz is an incredibly fun and assured gem from Wright, albeit one that lacks the emotional depth of the other two Cornetto movies. 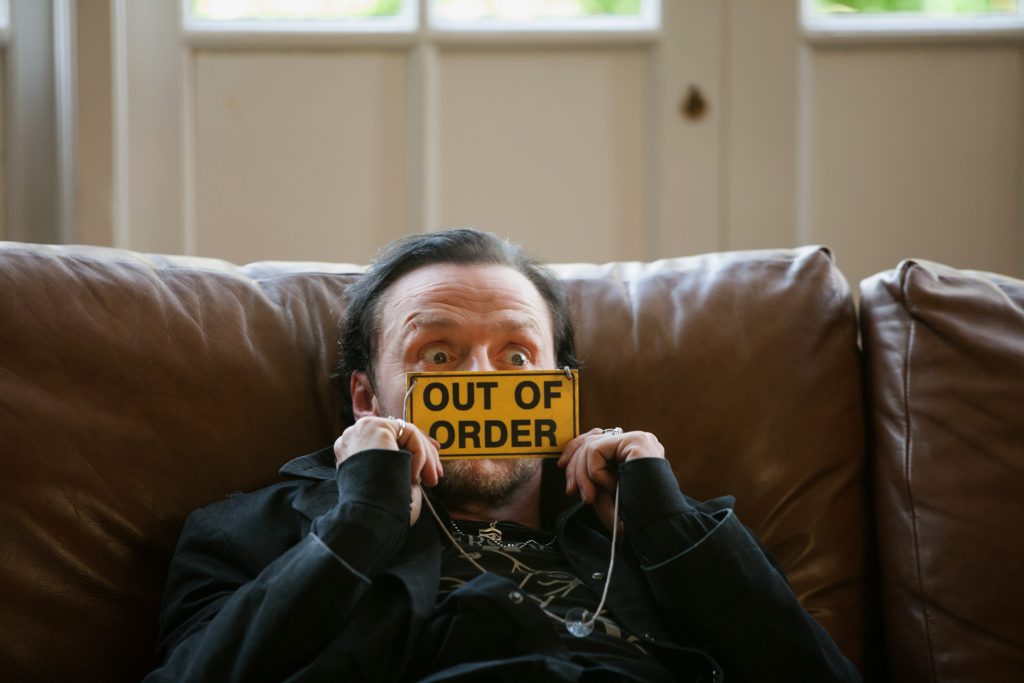 Five friends return to their hometown to attempt The Golden Mile, an epic pub crawl taking in twelve boozers that they failed during their teens. They’ve all grown up and moved on, apart from Gary King (Pegg), an irresponsible alcoholic still stuck in the 90s. The friends aren’t terribly enthusiastic about the pub crawl, least of all Andy (Frost), Gary’s former best friend who is now strictly teetotal. Reluctantly, they go along with the plan, gradually realizing something is very, very wrong in Newton Haven.

Expertly mashing together acutely observed character comedy with a Wyndham-esque alien invasion thriller, Wright directs with a flourish. He employs all his favorite visual tricks and peppers the script with so many small jokes and tiny details that it takes several viewings to pick up on them all. Once again, his action set pieces are on point with some outlandish fight scenes, and Pegg gives the performance of his career as the desperately sad forty-something who just wants to relive his glory days. Ultimately, The World’s End falls down because it’s just too much of a good thing. Twelve pubs are a lot, and the film gets a little tiresome towards the finale. If Wright had kept it to nine or ten pubs, it might have been his best movie to date. Instead, that honor goes to… 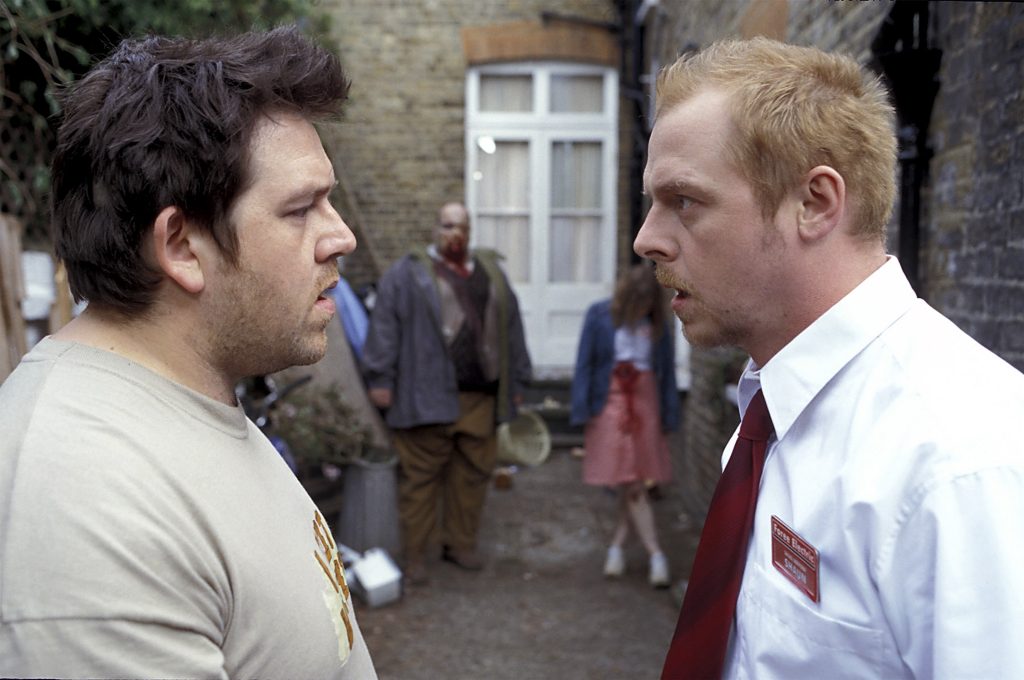 Wright’s first professional feature film is still his best. The cherished romantic zombie comedy is a quintessentially English homage to George A. Romero, featuring shuffling undead, awkward moments of politeness, and two hopeless heroes who initially fail to notice a zombie apocalypse happening around them. Developed from an episode of Spaced where Pegg’s character hallucinates about fighting the undead after playing Resident Evil 2 for too long, the key to Shaun of the Dead’s success is its sincerity.

While there is plenty of comedy along the way, it is faithful to what makes classic zombie movies so scary – that dreadful sense of inevitability as the hordes slowly close in on the survivors, while their group is under threat from warring factions within. Shaun of the Dead also does something that many modern zombie movies forget. Wright keeps in mind that these poor shambling creatures were once real people with lives, jobs, hopes, and regrets, just like the rest of us. Although played mostly for laughs, this gives the film genuine emotional depth, along with the intuitive partnership of Pegg and Frost as the slackers adrift in modern life who are suddenly thrown into a life-or-death crisis. It’s a modern British classic that rewards multiple viewings.

Truth or Consequences [2021]: 'MUBI' Review - An Examination of Truth in the Consequence of Capitalism