Social media influencers are hard workers. As much as I judge them for creating an online presence that seems to be far removed from their actual life, I cannot deny the fact that they work really hard to keep a picture-perfect image of themselves. Their race is not against time but against the one single glitch in their persona that can lead to losing a bunch of followers. In Swedish filmmaker, Magnus von Horn’s “Sweat,” we spend three days in the life of fitness motivator and Instagram influencer Sylwia Zajac (Magdalena Kolesnik).

These 3 days manage to explore how social media fame is almost synonyms for celebrity fame. Wherein, the show, and glitter often hide layers of isolation. Something that is ironic to the lives these people live on the internet. With them being constantly under the scrutiny of thousands of people whose like and comments decide how well their lives would be, the film is interested in showing the more vulnerable side to this picture-perfect story that people often portray.

In doing so, it also tries to uncover social media and its darker, scarier impact on people. The last film that actually delved into the idea of social media’s impact on life was Bo Burnham’s “Eighth Grade.” While von Horn’s film is a wee bit thin and unfocused in what it really wants to convey, this is definitely a deeply unsettling and realistic portrayal of a life that is completely inhibited by being online.

The opening shot of the film finds Sylwia Zajac prepping for a session of her workout at a shopping mall. She is doing her regular warmup just so she could get in the vibe of what people expect of her. So, when she emerges out from backstage, she is a different version of herself. She is uber energetic, engaging, responsive, and motivating towards the crowd that is following her. 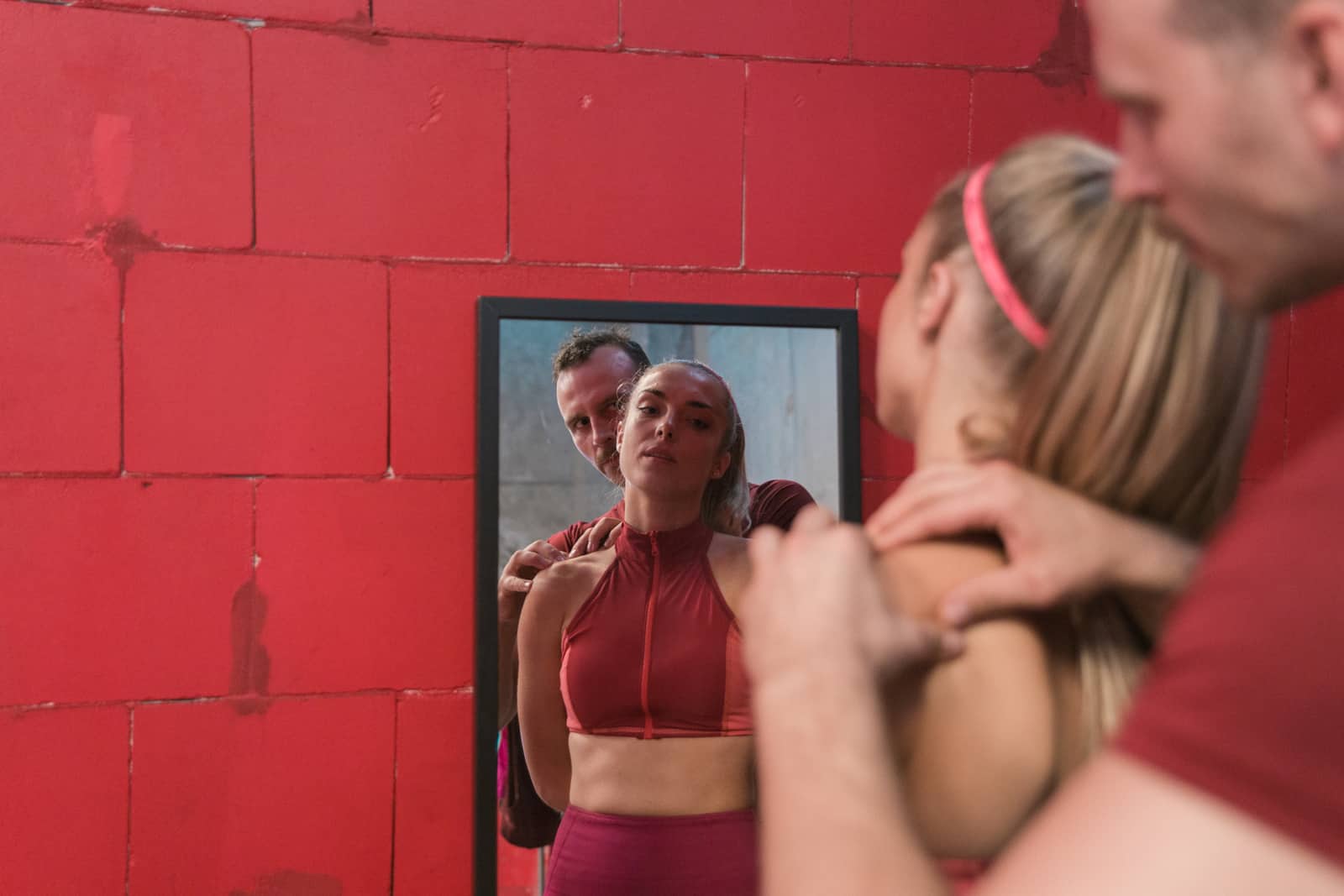 If this sequence doesn’t completely metaphorize the online presence then I don’t know what will. For one, if you are not energetic enough – your followers get bored and move on to a more lively person. Second, if you are not constantly boosting their morale by calling their half-attempts greatness, you lose their love, and thirdly, if you are not motivating them or giving them a piece of what you are good at – they don’t need you. So, to remain afloat, visible and popular, some people put up a facade. They create a personality for themselves that slowly and steadily becomes hard to keep up with. While Sylwia’s presence online is quite similar to her real one, we see these small bits and pieces where the online persona weighs heavy on her.

When von Horn’s film explores this side of the coin, his film soars. Cue to the sequence where we see her losing an important client’s program just because a clip of her being vulnerable about her loneliness goes viral is just one of the examples. The other one and my favorite sequence from the film involves Sylwia stumbling onto a random fan in a mall. It doesn’t take long before the fan opens up to her about her miscarriage while Sylwia gets real about how hard it is to keep up with her online persona. She says that if she deleted her Instagram today, no one will notice. This is such an emotionally moving moment in the film, that I wished von Horn focused more on the isolation social media causes rather than unevenly exploring other facets of it.

For instance, the film also explores one of the pressing and dangerous consequences of online fame, i.e stalking. However, these sequences don’t conjure up a concrete meaning or seem to be too confused about what they really wish to spell out. While most of Sweat feels like it could very well be from a documentary, some of these instances in the film really bring it down.

For a film that could serve as a go-to place to understand the dark consequences of social media fame, the film surprisingly runs thin. Magdalena Koleśnik is phenomenal in the lead role and the climax really brings it all together, but I wished it was more powerful, especially since it shows promises of being one initially.

Sweat is now streaming on MUBI

The Popularity of Sherlock Holmes