What separates Eighth Grade from the usual inventory of American teenhood films is the emotional precision with which director Bo Burnham has captured the accumulating pressure of little indignities the teens face in this age of instant gratification.

American comedian & musician Bo Burnham’s feature-film debut Eighth Grade opens with a grainy camera image of a young girl (Elsie Fisher). “Hey, guys! Its Kayla, back with another video”, she says and follows it up with “The topic of today’s video is being yourself”. Then she offers a meandering monologue that’s repeatedly punctuated with ‘um’, ‘you know’, ‘like’, ‘actually’, etc. She signs her vlog with a signature phrase (“Gucci!”) accompanied by a hand gesture, and bends forward to turn off the camera in her MacBook.

Instantly, director Burnham’s gaze withdraws and captures the whole of Kayla’s room, mostly shrouded in dark except the corner where she has just finished filming one of her self-recorded advice videos for her unpopular YouTube Channel. Heads down, shoulders slumped, and her isolation made markedly clear, she now seems to be contemplating her anxieties and insecurities which the carefully curated timeline of hers won’t show. This opening scene may make you think this is a comedy that makes fun of post-millennial teenage girls who are hypnotized by their ‘screen’ and constantly feel this pressure of having to perform for a select audience. Eighth Grade, however, proves to be a startlingly sensitive and empathetic feature without a shred of patronizing, ‘what’s-wrong-with-these-kids?’ tone. 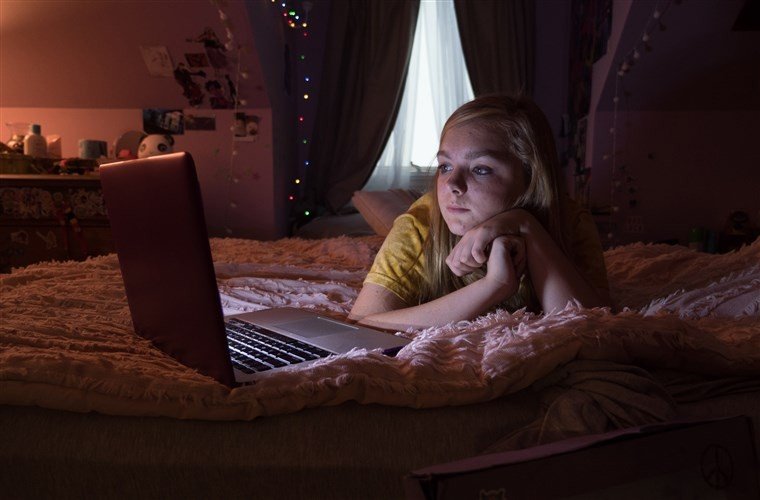 What separates Eighth Grade from the usual inventory of American teenhood films is the emotional precision with which Bo Burnham has captured the accumulating pressure of little indignities the teens face in this age of instant gratification. The film has superbly staged and acted cringe comedy (or comedy of embarrassment). But the film-maker takes us deep beneath the narrative’s comic, charming layers to convey the terrors of hyper-connected yet very lonely world of a girl, battered by the emotional tidal waves of 21st century teenhood. And Burnham imparts all such insights about smart-phone-clutching teens from the experientially accurate perspective of an eighth grader, turned infinitely likeable by the honest performance of Elsie Fisher.

The narrative chronicles the excruciatingly painful experience of a tender, awkwardly self-conscious 13-year-old girl in her last week of middle school. In her vlogs, Kayla tries to confidently talk about topics she wishes to master herself. After waking up to the phone alarm, she smooths out the acne in bathroom mirror, mimicking the actions from YouTube makeup tutorial. Then she cautiously crawls into her bed to talk an ‘oh-so-cool’ airbrushed selfie and post it as ‘just-woke-up’ picture. But unfortunately for Kayla, the last week of middle-school throws out plethora of possibly bad experiences. She is awarded the undesirable superlative of ‘Most Quiet’ at the end-of-the-school-year ceremony. In the school orchestra, Kayla is at the back handling the cymbals with a detached look. She is not at all bullied, but just plainly ignored. At home, Kayla is incessantly busy on her mobile-phone, while her loving and slightly pestering single dad (Josh Hamilton) tries to turn her attention away from Instagram towards dinner. He tries to be a cool dad, banters in a language she may understand although he is somewhat clueless about his daughter’s remoteness.

The good thing about Eighth Grade is that it’s not a movie about major transformation that’s rendered in a cutesy manner. The 13-year-old girl’s rite of passage isn’t instantly alleviated by a true friendship or by some kind of an epiphany. The changes Kayla undergoes are minor but lifelike. Burnham’s writing sense is far removed from the cool-headed, analytic verbosity of John Hughes, Richard Linklater films and eschews the nostalgic tone of traditional coming-of-age flicks. He simply directs his non-judgmental gaze to nakedly capture the modern kids’ desire for validation and the urge to make one’s life events a shining episode floating through the gushing stream of internet mass-entertainment. Burnham’s writing isn’t revolted by the invasion of mobiles and social-media, but just tries to understand these newer generation kids, fighting their way amidst the unrelenting online noise to find their own voice (for all its reality-warping nature of internet, the YouTube videos does seem to help Kayla to find some confidence).

Moreover, the narrative doesn’t promise any concrete answers to the emotional, existential conflicts addressed here and avoids broadcasting a message of condemnation or warning. Encircling the theme of being 13 or 14 at present time, there are glimpses into a very specific period of American schooling system, where the online tutor in sex education class uses the phrase ‘it’s going to be lit’, and bored teenagers responding frivolously to an on-campus shooter drill. 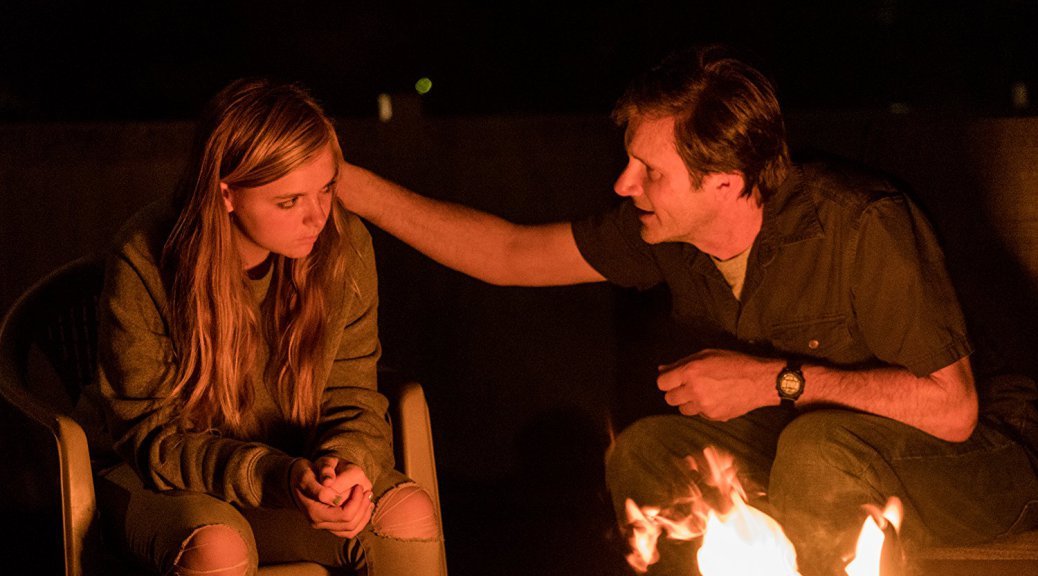 Most importantly, the script doesn’t treat Kayla as a symbol of her generation’s crisis. Much care has gone into painting the small details (be it the post-its or bedecked shoe-box) that makes up Kayla. She is unique and extraordinary in her own way but never elevated to a large-than-life character. Burnham also doesn’t overly dramatize Kayla’s sexual awakening and brilliantly tackles the girl’s encounter with a pushy older boy who pressurizes her into an unpleasant round of truth or dare (this scene doesn’t just showcase the perils of the age, but also expresses the vulnerabilities of youth in a highly compassionate manner).

I also found it interesting how the story didn’t churn melodrama out of Kayla’s motherless condition. Furthermore, Burnham excels in formal composition as much as the raw, emotional directness he brings into his writing. In fact, we could easily lose ourselves into the fascinating rhythm of script and pitch-perfect performances that we may not be particularly heedful of Burnam’s visual acuity.

The earlier portions of Eighth Grade thoughtfully and viscerally capture the daily life of a teenager, perpetually shaped by the presence of beaming screens. As Kayla scrolls through the feeds, her deadpan eyes are reflected on the screen, showcasing the emotional disconnect while wading through the connected world’s limitlessness. The silence and the light emanating from phone in the darkness kind of suggest the stress of watching the allegedly hyper-paced life of others as opposed to one’s own tedious, uneventful life. Burnham uses the music pretty well to communicate the character’s emotions and personality (the ‘pool-party’ scene is especially framed in a terrific manner).

Of course, Eighth Grade couldn’t have hit its higher notes without the towering performance of Elsie Fisher as Kayla Day. Fisher – a child voice actor (Agnes in ‘Despicable Me’) – adds an indelible naturalism and tenderness to the proceedings which even makes the mundanity of her life bewitching. Josh Hamilton is equally impressive as the good-natured, hovering dad. His attempts to find a space within his daughter’s world (through goofy mannerisms) look subtly poignant.

Eighth Grade (94 minutes) is engaging, funny, and astonishingly sensitive portrait of adolescence in the anxiety-ridden age of social media. It tackles the familiar threads of coming-of-age sub-genre with gusto and maturity.