Fifty years ago to this day, Flesh was unleashed to the world, premiering in New York’s Garrick Cinema, where it has since (likely inadvertently) set the precedent for independent cinema: its rawness, its street smarts, its low-budget aesthetic, its technical roughness, its intimate beauty, and of course its unabashed presentation of the human body (otherwise known as nudity), one of the many taboos that the counterculture were bringing to the foreground (but since so few saw the film, independent cinema only revealed its influence a decade or so later).

As the simple title suggests, much of this 89 minute feature is about our flesh, how we use it in a modern society, what restrictions and enhancements are placed upon it, and its primal and unconscious utility. 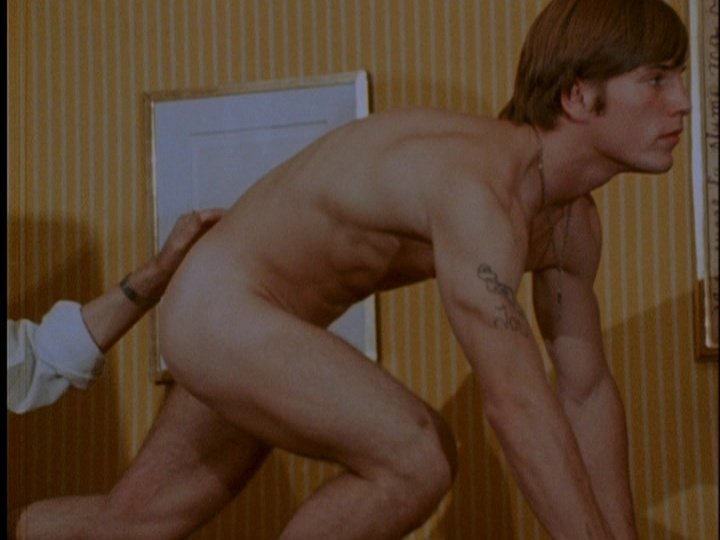 We are privy to the human form in its unconscious state with an image of Joe’s (Joe Dallesandro) sleeping face that opens and ends the film. This opening shot is a display of minimalism (much like the nine-hour exercise Sleep by Andy Warhol, who was recovering from his gun-shot wound as his Factory friends made this film) and is accentuated by the irony of its soundtrack, Sophie Tucker’s ‘Making Wicky Wacky Down in Waikiki’, especially with the line “all you wide awakers join me”, which sets the tone for this very sleepy movie.

After this three minute static opening shot, Flesh then cuts to a wide of Joe’s sleeping naked body, a rigid representation of something very few movie-goers had seen by 1968. But Joe isn’t positioned in any glamorous way, nor is he or any other character at any other time – his sleeping pose is natural and authentic, as if he just dropped his body down in whichever comfortable position.

For one of the first films to contain such front-on male nudity, Flesh feels more forward-thinking than most films that feature male nudity that have been created in the fifty years since. The nudity in Flesh pays hardly any attention to itself (like what I’m doing now), it feels nonchalant and natural, as opposed to tantalising to glorifyingly feed into the audience’s prurient interests. The nudity isn’t even made appealing for a film, there is no make-up for Joe’s body, his genitals are shot sometimes from unflattering positions, and the bright full lighting make his body feel as unashamedly exposed as possible.

This speaks volumes about this unfussy film, which also never poses itself in any intricate cinematic manner, but keeps itself near stationary, as if any cinematic trickery of any kind will dilute the intense observing of these characters and their bodies. The only noticeable filmmaking technique is the “editing”, some of which was accomplished by simply turning off then on the camera, making portions of scenes and conversations missing. This jarring mode of presenting the film brings the spectators right into Joe’s hazy mindset, a man so faded, he’s barely there – I can relate. 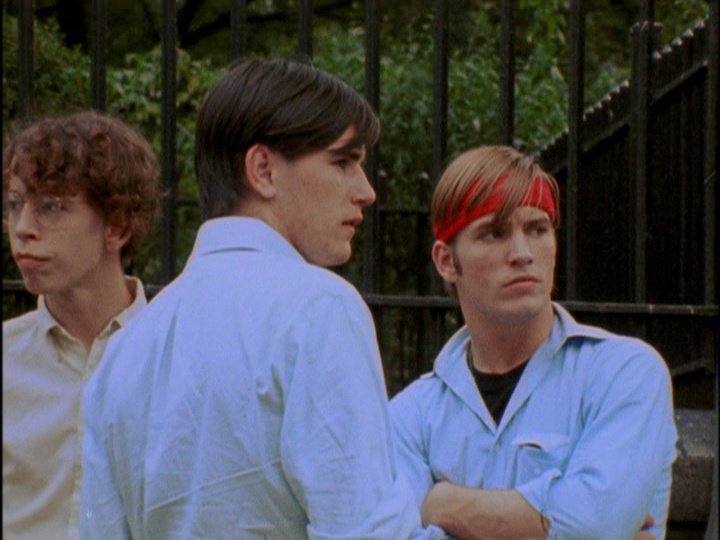 A decent-sized portion of the film observes Joe (now clothed and ready to hustle) standing by in the streets, bored as many are in our jobs. Like nudity, boredom too was another essential facet of life that became less hidden and more present in films. The high concept classic 2001: A Space Odyssey, released just months earlier, is a landmark film in its portrayal of boredom. Traversing, in all its technological astonishment, is still a long and laborious chore. Unlike 2001, Flesh doesn’t instil a wondrous exciting irony through the soundtrack, but instead retains the ambient noise of the afternoon city streets. And it’s not Joe who is traversing through the city, but is simply stood in one place watching the passer-byers traverse by him.

On one of the DVD’s commentaries, writer-director-cameraman-editor-all-rounder Paul Morrissey claims Joe’s hunky body is devalued by how it is used by others, notably his clients/tricks. The beauty of Joe’s young adult body is only appreciated in a classical sense by an old high-cultured British fellow, who examines the body not in a sexual manner, but in admiration like he were a Greek statue. In a lengthy scene, he assembles Joe into Olympic positions as to accentuate certain muscles, all for the man’s viewing pleasure, though Joe’s more sexual encounters with younger tricks are off-screen.

The malleability of sexuality is also examined in Flesh, the earnest and casual portrayal of homosexuality and transsexuality makes similar films of today seem outdated in comparison (given how much they merely utilise these subject matters to conjure conflict). 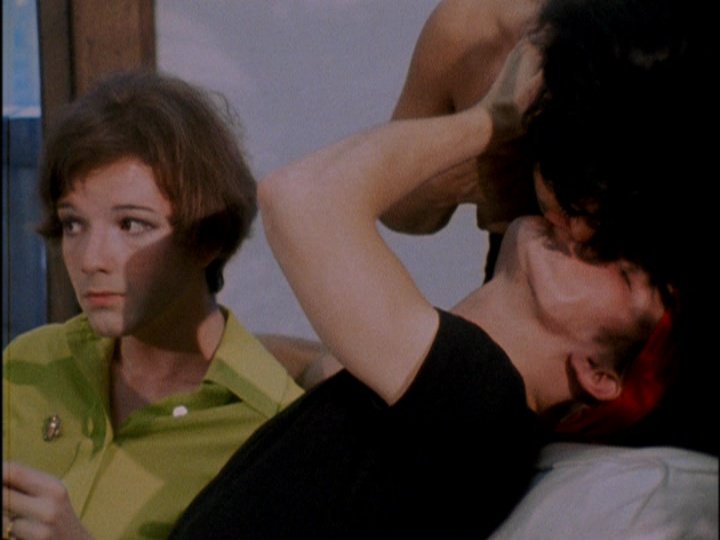 In what is arguably the most beautiful scene, Joe lays around naked along with his baby daughter, observing her as she chews away on a muffin, leaving crumbs on the carpet. Any cheesy maudlin sentimental music is absent here, with no soundtrack at all for just this scene (aside from the near-inaudible sound of the film’s hissing). The simple and unglamorous nature of a scene like this defies any in-depth analysis or hidden meaning, as it simply stands for exactly what it is.

Flesh has a cyclical narrative: ending where it began, the main conflict (Joe earning money for an abortion for his wife’s friend) simply fizzles out, his relationships and interactions with tricks and fellow hustlers add up to nothing. There’s a quiet despair to this portrayal of this extra ordinary way of living, as this libertarianism of sexuality hasn’t resulted in the young people becoming much happier. Flesh resonates 50 years later, where the counter-culture has made an inversed, confused, misguided, and bastardised return of sorts with Western society’s youth – Flesh is the curious cure to not just mandated restriction and ennui through liberation, but to independent filmmaking that has since lost this forward-thinking (or non-thinking) vitality and freshness. 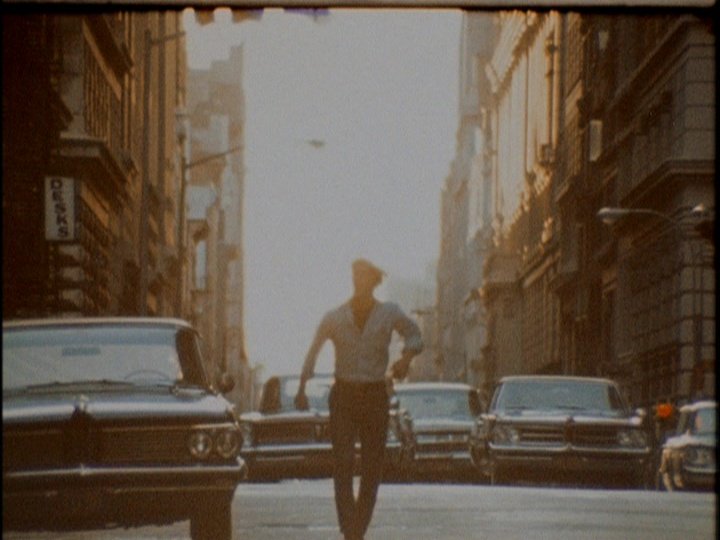 The Performance of Toiletry : Two Bollywood Female Protagonists and Self-Expression