What’s instantly hypnotizing about the film is the quiet tenderness we feel in the father-daughter relationship, magnificently portrayed by Ben Foster and Thomasin McKenzie . Nothing much is shared in terms of dialogue, but their sparkling eyes conveys the deep concern they feel for each other.

Debra Granik is one of the deeply passionate American independent film-makers working today. She has only made three feature films and a documentary, all taking us into the lives of poor, white Americans; people now in the barbed social-media posts might be simply tagged as xenophobes and Trump voters. Like fellow indie filmmaker Kelly Reichardt, Debra Granik’s works are small in scale but big in heart.

Her last feature-film Winter’s Bone (nominated for four Oscars) was made eight years before and launched the career of Jennifer Lawrence. Six years before that came Down to the Bone (2004), a bleakly poetic account of the struggles of a cocaine-addicted working-class mother (with a breakthrough performance from Vera Farmiga). Now her latest effort Leave No Trace (2018) once again delves into themes of parental bonding, dispossession, and individualism. One thing I particularly loved about is Granik’s works is her unsentimental, sharp-eyed humanism while realizing the portrait of people living on the margins (Leave No Trace may, in fact, work as a fine companion piece to ‘The Rider’, Chloe Zhao’s gentle indie drama about an injured rodeo rider). 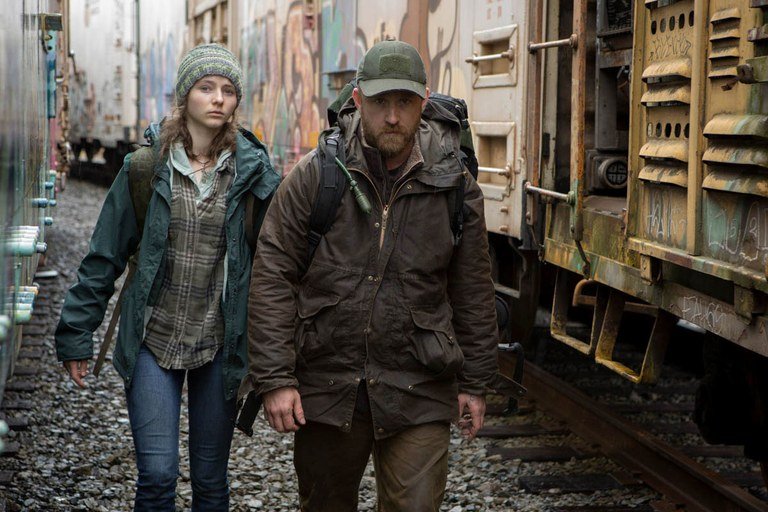 Debra Granik’s intuition for scoping out wonderful actresses continues with Leaves No Trace as New Zealand actress Thomasin Harcourt McKenzie commands the screen with a nuanced, heartfelt performance. The film is based on Peter Rock’s 2009 novel (‘My Abandonment’) and Granik has employed her regular collaborators: co-writer/producer Anne Rossellini and cinematographer Michael McDonough. The quietly ferocious Ben Foster and newcomer McKenzie play strongly bonded father-daughter pair. When we first meet 13-year-old Tom (McKenzie) and her father Will (Foster) they are dwelling inside roughly patched tarpaulin canopy and cutting, gathering wood for the fire. But this isn’t their idea of weekend camping adventure. The sprawling natural reserve, also a large public park, situated in Portland, Oregon is their home. Tom and Will are hinted to have been living off the grid for quite a few years, the reasons never stated in a clear-cut manner.

RELATED: The Rider Review [2018]: An Intimate and Heartbreaking ride

What’s instantly hypnotizing about the film’s earlier portions is the quiet tenderness we feel in the father-daughter relationship between Will and Tom. Nothing much is shared in terms of dialogue, but their sparkling eyes convey the deep concern they feel for each other. Despite the dwindling reserves in the propane tank, ruptured tarps, and other trashy gatherings, Will & Tom doesn’t seem to wallow in misery. Will conducts drills for his daughter to test her ability to hide in the undergrowth in case there’s intrusion. The earliest tidbit of who Will might have been and why he is hiding is hinted by a small moment when he wakes up from his nightmare with great intensity, only to be gently coaxed by his daughter. Later, the two make one of their occasional trips to the city to buy groceries. Will also visits a hospital for veterans and sells the pain meds he receives to impoverished dealers at a tent town. Plagued with PTSD, Will can’t exorcize his inner-demons and want nothing to do with the society.

Nevertheless, the father-daughter’s evading techniques don’t work for long. Tom is spotted by a hiker and the authorities pick them up. The pair is separated at social services office and coerced to take personality, reasoning tests (the social service worker notes that she is above the expected level of reading and math). After fulfilling the dry bureaucratic and legal procedures, they are rehoused on an idyllic Christmas tree farm. With Will working at the farm and Tom about to be enrolled at a public school, life couldn’t be more perfect. Tom befriends a local boy of her age and realizes that she wants to settle down; spread her roots in a place she could call ‘home’. But however much he tries to socialize and work hard, Will’s need for psychological self-preservation pushes him to keep on fleeing from human contact. This is the starting point of the two, sensing the inherent conflict in their varying needs. 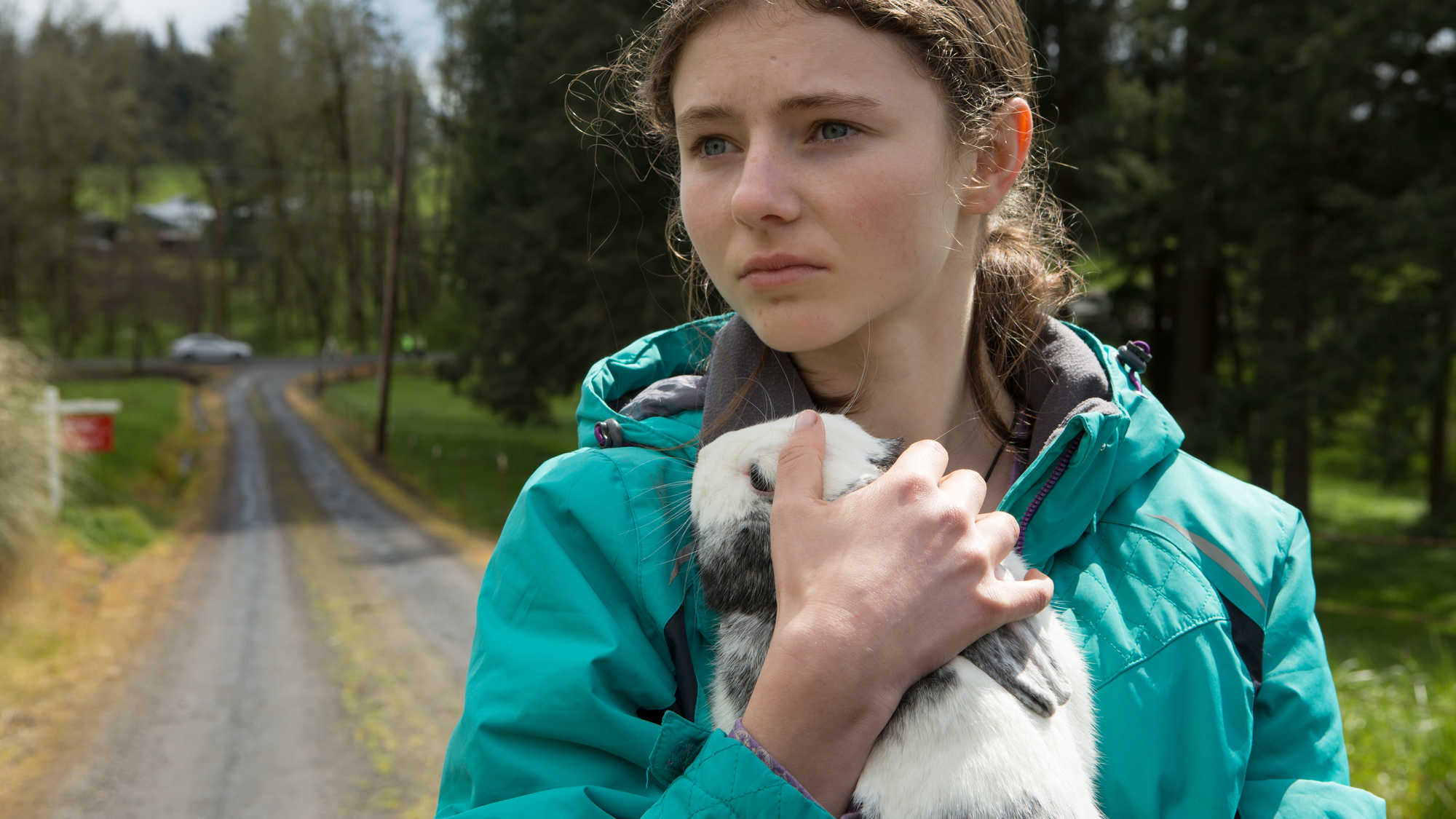 Debra Granik gracefully draws out the conflict between her two central characters by trickling-down information at necessary points. Although the conflict is clearly etched, she and her co-writer Rossellini don’t try to raise the dramatic stakes through histrionics or melodrama. The father is, of course, imposing his will on the daughter and denying her socialization or choice of an education. But the man isn’t depicted as a tyrant, demanding his child to succumb to his wishes. Ben Foster makes Will a deeply caring and affectionate dad (the performance reminded me of Casey Affleck in ‘Manchester by the Sea’). He isn’t an egotist like the character played by Viggo Mortensen in Captain Fantastic (2016), strictly conditioning his children raised up in the wilderness to rally against consumerism. Will isn’t negligent about his daughter’s desire and his trauma is presented in an astoundingly empathetic manner that we can’t wholly blame him. It’s not just Will, the subtle emotional texture is felt in the narrative’s passing glimpses at a benevolent rancher, a church leader, a good-hearted trucker, harmonious members of trailer park society, and all other people making up Trump’s America, who are showcased without a single note of condescension (Granik’s documentary tropes and humanist gaze flawlessly flows with enlightening details throughout).

Director Granik beautifully punctuates Tom’s journey of self-discovery with animal symbolism. Seahorse, rabbit, bees, and dog speak of trust and camaraderie Tom feels in her fresh, transformative surroundings. Granik conveys emotions in a much impactful manner, making it impossible to not feel despair in some of the quietly devastating moments. She brilliantly uses silence and noise to express Will’s emotional state. The scene where helicopters fly through the Christmas tree farm and take away the bundled-up trees is followed by a calm moment Will gracefully strokes a farm horse. The subtle information in both these shots states the man’s decision to flee the place. In another scene, Will is pressured to sit before a computer and answer hundreds of true-false questions. He is framed in a way that puts him at the center, surrounded by other obstructive objects which acutely highlights his feeling of being trapped.

The director’s non-sexualized female protagonists are often richly characterized by delving into their spirited personality and capturing what it means to be them. And Thomasin McKenzie digs deep into Tom, offering more facets of the character as she navigating her survival in a world that’s occupied with both banalities and beauties. Leave No Trace doesn’t have the intrigue of a thriller/mystery set-up (found in Winter’s Bone), which I think only elevates the quiet grace and sensitivity of its characters. Furthermore, this leaves an unforgettable mark on us with its hopeful, naturalistic ending. Despite the note of tragedy in the title, the film’s momentous final scenes express the affecting traces one’s existence leaves upon this world. Altogether, it’s a calmly radiant tale of growing up and letting go.