The Summoned (2022) Review: To induce paranoia in one of the characters, who happens to be your protagonist, all other characters must be apathetic and ignorant so that even visible signs of threat can be rejected and the protagonist can be isolated further. The protagonist’s isolation establishes them as any horror story’s rational/moral anchor. After all, a horror story horrifies its audience through its protagonist. They become either the cause or the receptor. In The Summoned, Elijah, played by J. Quinton Johnson, is the receptor as our protagonist. He has arrived at a self-help retreat with his partner Lyn, played by Emma Fitzpatrick. The retreat is meant for social therapy, where they expect to resolve some personal issues. Joe, played by Salvador Cachon, accompanied them, and Tara, played by Angela Gulner. And their host is Dr. Frost, played by Frederick Stuart. However, things certainly do not go as planned, for the retreat is only a farce for something sinister. Elijah finds himself caught in a web of lies, deceit, and danger.

Related to The Summoned (2022) – Abandoned (2022) Review: A strong horror debut that deserves to be seen

The plot is manageably substantial for the creation of a biblical horror. The characters aren’t odd in isolation, but their agglomeration at one location creates tension. The tension is aggravated by how they interact with each other. Every conversation holds back more than it expresses, and body language hints hostility. In many ways, the tension gets translated effectively. However, there is a campy tone in the proceedings, given how the actors are made to act their characters. They all have behavioral attributes distinct from each other with a tinge of artifice. The film follows genre-specific conventions in shot compositions and editing choices in all other technical departments. 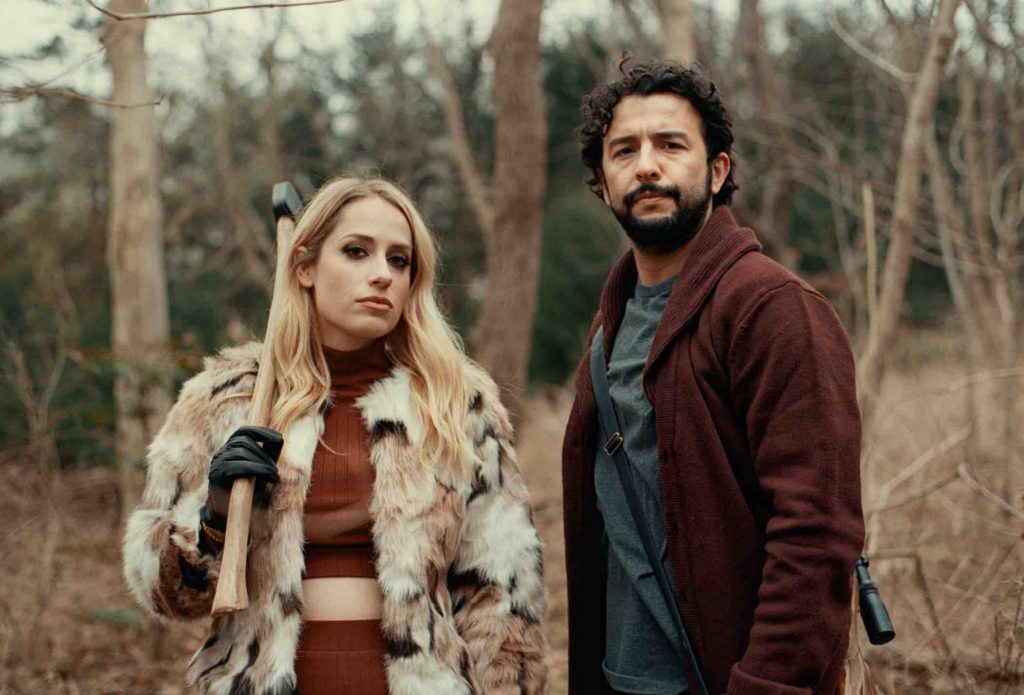 Is The Summoned a compelling horror film? I am afraid not. The shaky cinematography feels gimmicky. There are jumpscares and an ample dose of creepiness, but these alone cannot make the film stay. Almost nothing makes one dread the outcome of the current events, and the film becomes too verbose on more than one occasion. The sound design is heightened, for all sequences are accompanied by some or other sound effects that overwhelm the visuals. Visuals themselves aren’t scary. I believe that the psychological impact of any sequence would have been severe had they been shot with more excellent stability.

The Summoned gives away its plot too soon, after having portrayed the requirements to set up the climactic act. The mystery gets punctured, and the third act becomes a chase with predictable haunting elements. Surprisingly, the Summoned chooses to employ many cliches in its screenplay and explain each using expository dialogue. And this is where it becomes more comic than before. There is a massive effort to create a comedy of error, and all characters become too stupid to bear. Even the protagonist is left no different than the rest due to his stupidity in handling the threat he is facing. And if the argument is that a severe threat can make one susceptible to bad decisions, then the danger of the threat must be reflected in the character’s mannerisms. Quinton, performing reasonably well for the first two acts, becomes wooden in the third. His face neither expresses shock nor remorse. There is no fear and sadness in his eyes. It is as if five of the characters are playing a make-believe game that has been staged for entertainment.

The Summoned has its moments. A few jump scares might as well work. Considering its small runtime, it will also not be tough on the senses. But at the same time, expectations must be managed.