Home»Reviews»Dragon Eats Eagle (2022) Review: A Political Comedy Sketch Made into A Film
Reviews

Dragon Eats Eagle (2022) Review: Throughout the coronavirus pandemic in the last two years, how many times have you found yourself questioning the origins of the virus? Incessantly, if you ask me. As the world came to a standstill and we had sufficient time on our hands, the question seeped into the discussions of every media outlet and social media platform. Therefore, when you finally watch a film that seeks to humor one of the many international political conspiracies that could have caused the 21st-century version of the plague, the feelings are mixed – you have heard enough about it to engage with it anytime soon, but it is amusing anyway. Dragon Eats Eagle, written and directed by Noah Marks, breathes life into one of the many fan fictions existing around the origins of the coronavirus in a funny but morbid way.

Ralph and Tucker are two low-level government employees. They are engaged in working for the US government and confess right at the start of the film that as long as they have a working television and a glass of liquor, they will fare well. They are engaged in playing a game called the Royal Game of Wars, an ancient Mesopotamian game that not many seem to have heard about but is Sisyphean in nature. The socio-political context that the film chooses for itself is the events leading to the 2020 USA Presidential elections. Power circulates in the upper echelons of the Democrats and the Conservatives, and we find ourselves in board rooms where important discussions between party leaders and their confidants are taking place.

As you might have already guessed, the Eagle is the USA, while the Dragon refers to the Chinese government. Soon, the political leaders of these countries conspire to let loose a plague among human beings to influence the course of the elections. In one of the scenes, the Chief Advisor of Madam Evergreen tells her that the doctors who worked on the plague aren’t sure about the number of variants it can produce; it can be as low as three and as high as three hundred variants. Does the plague become primary to the results of the election, or it is merely a political fanfare to keep the dices of international relations between First World countries rolling smoothly? Marks declares right at the start of the film that it is a tragedy that he has directed. Ralph and Tucker may be intelligent enough to converse about the intrinsic relationship between paranoia and fascism, but at the end of the day, they are puppets playing a small role in a larger political gamble. 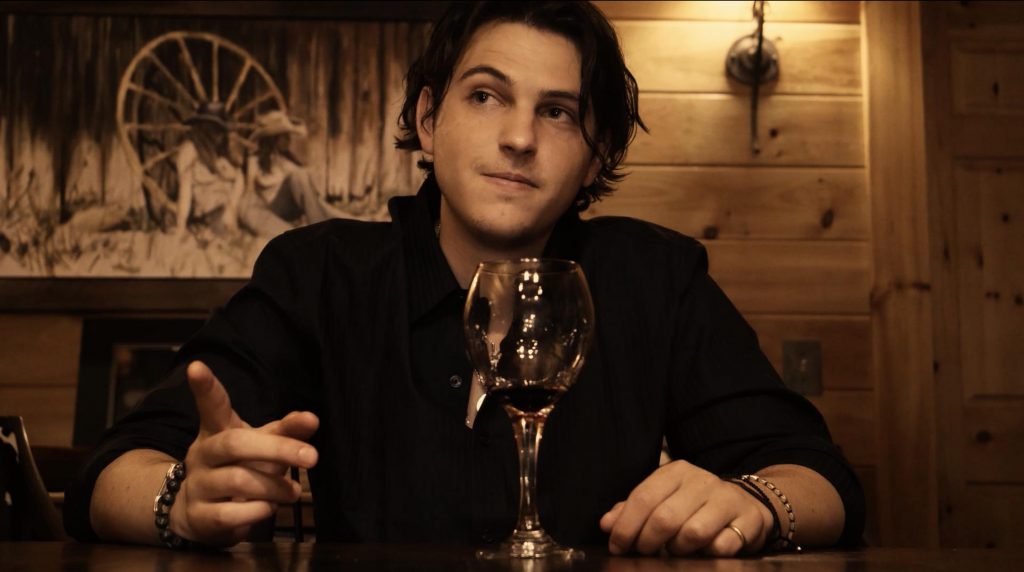 Animation and recordings from old videos and speeches play into this film, which otherwise looks like it was shot in an isolated bubble during the pandemic. Ralph, Tucker, and their constantly contemplative conversation that seeks to provide a narratorial third-person point of view of the state of affairs for two government employees reminded me of Neil Gaiman’s impersonation of the angel and the devil in his book, Good Omens (1990).

The metaphor of the unending game they are engaged in runs throughout the film. It provides a fine line of connection that binds the entire political machinery together. What kept me intrigued throughout the film was its dialogues. They are superbly written; some leave of chuckling while others are dipped in a dark comedy of a scintillating taste. In one of the scenes, we are told that when Abraham Lincoln formulated his definition of democracy – of the people, by the people, and for the people – not many believed in him; after all, he was assassinated. The drop-dead nonchalance in lines like these works in favor of the film throughout its one hour and 25 minutes runtime. However, after a point, it starts feeling too stretched out. It could be passed as a well-written political sketch, but a film requires a lot more than just dialogues.

Also, Read – Both Sides Of The Blade [2022] Review – The Cutting Agony Of A Relationship In Splits

The actors were mostly present on the screen to deliver their lines making the film look like a skit. The camera time and again tilted to the left or the right, not politically, and abrupt edits make this feature film, not the most appealing production. It is evidently more concerned with the commentary and less with the visuals that make this a film. The film, in carefully selecting its country and political affairs to satirize, almost exclusively becomes a commentary that you can wholly understand and appreciate only if you have a working knowledge of the government or international relations. Besides, the question always remains – is it not too early or too late to comment on the coronavirus pandemic, which continues to exist among us and haunt us every day with its side effects?

When the film, Don’t Look Up (2021), was released, it ebbed a tide of criticism about how much comedy is too much comedy when it comes to the all-knowingness of a political satire on human existence. I guess it was going to be just the beginning of this discussion. Dragon Eats Eagle doesn’t soar. It efficiently satirizes the present state of politics, but they, as well as we, know that as long as we have a working television and some pizza and beer, the audience will be comfortable watching a political commentary and still remain unbothered about the reality it seeks to discuss.

Where to watch Dragon Eats Eagle