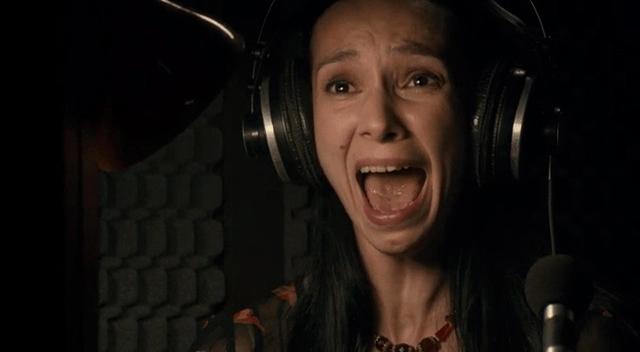 Cinema is usually considered as a visual medium while ignoring the other most essential element – sound designing – that renders the kinetic to visuals and restructures the entire visual landscape. Sound as a narrative and theatrical language is not often explored in unison. They have a symbiotic relationship. They maintain the dynamics of every frame. It is used predominantly in most of the films, but only a few gets it right. A good designing can actually influence the narrative structure, the way film-maker wants.

We, as an audience, take sound for granted and let us be mesmerized by visuals and dialogues. While unconsciously, what we do not acknowledge is the fact that it is diegetic & non-diegetic sound driving the visual narrative on the screen. Imagine, Apocalypse now without those visceral sound effects, the opening war scene of Saving Private Ryan without sound. Sounds unimaginable? Yeah! The sound is like Dr. Watson to Sherlock Holmes.

What is rarer that a filmmaker sets his/her film in the realm of sound so indigenously that narration relies on its soundscapes than visuals. And Berberian Sound Studio does that exactly. It creates an arousing horror drama using sound as a narrative tool than merely a nourishing landscape for visuals. The narration is further pushed to such an edge of paranoia that delusions over power conscious state and, just like characters, we are thrown into melted realm of reality and nightmare.

And perhaps, if we look closely, the film works as a satire for those film-makers and audience who do not value soundscape.  Peter Strickland sets his story in Italy in the 1970s, at the height of that country’s boom in Giallo cinema — pulpy, gory, lurid murder mysteries. 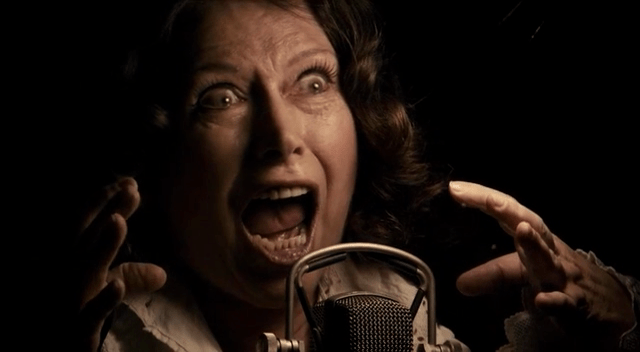 Berberian Sound Studio is a film about horror films; In a way paying homage to conventional horror films, while it is in itself a non-conventional, distinctive horror drama. No Nosferatu, no Freddy Krueger,  no Jack Torrance, no Hannibal, no Norman Bates, no Leatherface, no Frankenstein’s monster, no Jigsaw, it skips all the conventional horror figures like characters, discards all the”props” of horror, and it plants a goodbye kiss to symbolism and patiently enters the realm of subconsciousness to create something absurd and original like a palpitating reality.  The film is a meta-explosion of disturbing sound, penetrating deep into anxiety & distressful paranoia, in metaphysical form.

Gilderoy is a sound engineer, who has previously worked on wildlife documentaries, called Italy by perverse and menacing director Santini to work on his project.  Upon arriving at the sound studio, he finds that the film he is working on, The Equestrian Vortex, is very different to his previous work (“I didn’t quite know I’d be working on this sort of film”); this film is a violent, a bloody tale of horse-riding, gruesome killing.

What is strange but smart that no image from The Equestrian Vortex within the film is ever shown on screen. The parts of “The Equestrian Vortex” is played in the background. We are left in the middle of the dubbing artists lending horrific, sometimes helpless, sometimes screaming sound inside the booth that creeps up your mind, sticks its claws in anxiety and restlessness, and pull us down into the arena of terror. We are impelled to imagine the gruesome visuals of that film in the background while we are feed with sounds of it. That is a surreal horror!

Gilderoy is soon overpowered by unfriendly Francesco (Cosimo Fusco)  and Santini (Antonio Mancino) and cornered. He is isolated. Not only by his meeky & nerdy attributes but language and culture.  He is left utterly alone, like a loser.He is unable to control his surroundings — and then causing his reality to collapse around him, along with his sanity.

His existence in the studio flutters our brain and nonexistence of flight from London during verification of reimbursement for flight expense seed the doubt, not only in Gilderoy mind but also in ours. As Gilderoy becomes more involved in his recordings, his reality starts to crumbling apart. It might remind you of Max Renn’s hallucinating phase that drove him crazy in Cronenberg’s Videodrome. The only thing brings some peace to him is the occasional letter from his mother who describes trivial things.

The film soon delves deep, diminishing the reality and fantasy that sees inspiration from likes of David Lynch – more prominently Inland Empire and Cronenberg as explained above. Strickland meticulously creates an unsettling atmosphere having fewer dialogues and analog sound instruments cluttering inside the studio.

Strickland closely observes his characters and tune them in accordance to Gilderoys’s arc who eventually becomes part of Berberian Studio and dissolves in The Equestrian Vortex, like dreams merging into reality. The film is a nightmare, and by the end, it reaches such a horrific crescendo that any empathy for Gilderoy becomes a doubtful question, after all, what is left of Gilderoy is open for interpretation.