Bhediya (2022) Review: A lot of mainstream Bollywood has increasingly been relying on the inevitable pitfalls of using the privileged male savior trope as a narrative tool to put out social messages. In fact, even one of the rarest portrayals of the northeastern region – Anubhav Sinha’s “Anek” – saw its screenplay contradict the very theme the film seemed to pounder upon with its heavy hand. Amar Kaushik’s “Bhediya” upends this savior trope by placing Varun Dhawan in one of the many versions of the same character he’s played before: a self-seeking young man lacking moral fiber who transforms along the way by the conditions forced upon him. This time, however, the conditions require him to turn into a tail-sprouting, hair-spouting, and teeth-sharpening wolf. On the other hand, the film, like the actor himself, beats along its many flaws with a charmingly silly effective flair of poignancy.

Dhawan’s Bhaskar plays a greedy contractor sent from Delhi by a big shark (Saurabh Shukla) to Arunachal Pradesh in order to clear the forest area. The plan is to build a road by selling the usual development narrative to the region’s locals. The backdrop is the town of Ziro, which aims to build a road that connects the isolated state to the rest of India. The cost, however, is the displacement of not one but hundreds of tribal villages in the process. Bhaskar brings along with his IS aspirant cousin Janardhan (Abhishek Banerjee), and the two then accompany the in-house contractor Jomin (Paalin Kabak).

They, of course, have no sense of empathy or understanding of the ecological balance. The tribals, for them, are victims of evolution and a pawn within the larger machinery at play. Soon, a local liaison, Panda (Deepak Dobriyal), warns them of ‘Vishanu’ – a mythical creature lurking in the jungles at night. Is this just another parable or a catalyst for our crony capitalists to see what’s at stake? Regardless, “Bhediya” adroitly handles the subject matter by literalizing the looming threat the cost of playing with ecological areas often brings along. 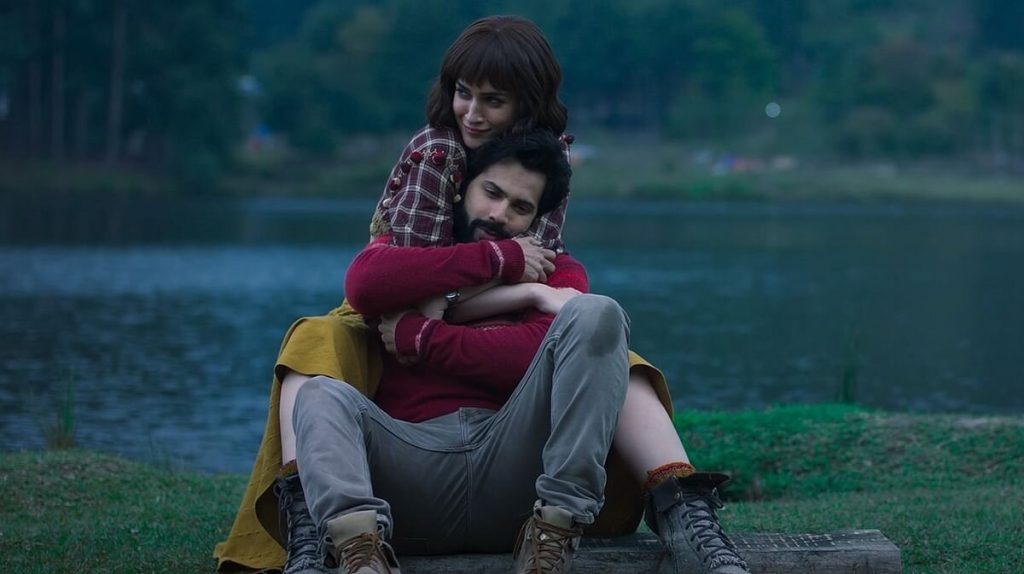 One night, Bhaskar gets bitten by a wolf in the same jungles he sought to destroy, which brings him to the local veterinarian (Kriti Sanon), who shoves an injection into Bhaskar’s rear, a body part that the film, of course, uses enough mileage to juice enough jokes from. From that point on, every night, he unwittingly feasts on a new project associate; the murders soon begin to have a moral edge to them underneath the more obvious metaphorical transformation of him turning against his own crony counterparts.

The film’s standout scene features Bhaskar morphing into a bhediya, and a single one takes that lingers upon his body in painstaking detail. Jishnu Bhattacharjee’s cinematography does a fairly good job of translating the CGI character onto the screen while also treading the line of suspension of disbelief.

2018’s “Stree” saw debutant filmmaker Amar Kaushik turn the gender conventions upside down while simultaneously playing within the conventions laid out by the horror-comedy genre. Here too, the humor is born out of the willful ignorance of its characters. The screenplay by Niren Bhatt immediately grounds the absurdness of the action on display by an acknowledgment of the same through a character we’ve already come to love; Abhishek Banerjee’s Janardhan is easily the standout here, and most of his punchlines are steeped in the matter-of-factly racism he throws at Jomin.

At one point, a terrified Jomin accuses Bhaskar of trying to eat him, too, after Janardhan throws him under the bus. Bhaskar assures him that animals, unlike humans, do not discriminate. But Bhaskar is also (as we learn through his cousin) a proclaimed vegan from the not-so-environment-friendly backdrop of Delhi because his girlfriend had insisted him to ‘transform’ into one. These subtle details genuinely bring the third dimension of the film to the surface, giving it a more responsible undertone.

“Bhediya” works because it uses the outsider’s gaze to bring the impending climate catastrophe to its very foreground, which masquerades as a killer running around the forest region. In doing so, it visually reinforces the ecological state of the country (and the planet) by foreshadowing a cascade of grotesque avalanches. Thus, the film functions within the cultural boundaries of a marginalized state while also appealing to the more universal themes of environmental protection. Through its runtime, it starts getting less subtle about its moral messaging, and when Janardhan complains at one point that it isn’t the time to get sentimental about these things, you almost wish he learns better by the end of the movie.

Where to watch Bhediya

Here's Where To Watch And Stream Steven Spielberg's 'The Fabelmans' Online