The Silent Sea (Season 1) takes place in an alternate reality skewing very close to a possible and prescient future. This is a time when humanity is dying out due to drought and overpopulation. The population is supplied with class cards having different designations; differentiating how much water can be extracted by every member of the populace from the water supplying kiosks. This is the cause of class disparity in this near-future dystopia.

Set in these turbulent times, Bae Doona’s Dr. Song Jian is assigned a mission to go to Balhae Station on the surface of the moon and retrieve important samples that might hold the key to solving the water crisis back on Earth. Joining her is Gong Yoo’s Captain Han Yunjae, military head and the brawns of this operation, to lead this expedition in the abandoned moonbase where 117 researchers had died 5 years earlier due to a mysterious radiation leak.

Related to The Silent Sea (Season 1) – In the Shadow of the Moon Netflix (2019) Review: Jim Mickle’s Weakest

As the show opens, the spaceship is in complete disarray, while reaching the moon, the landing mechanics of the ship causes the ship to crash-land on the edge of a cliff on the surface. Now, barely escaping from the crashed site, the crew journeys to the moon-base to search for the sample, but as they become acquainted with the base, things to start go horribly wrong as the crew discovers a mystery that might potentially endanger their time there. 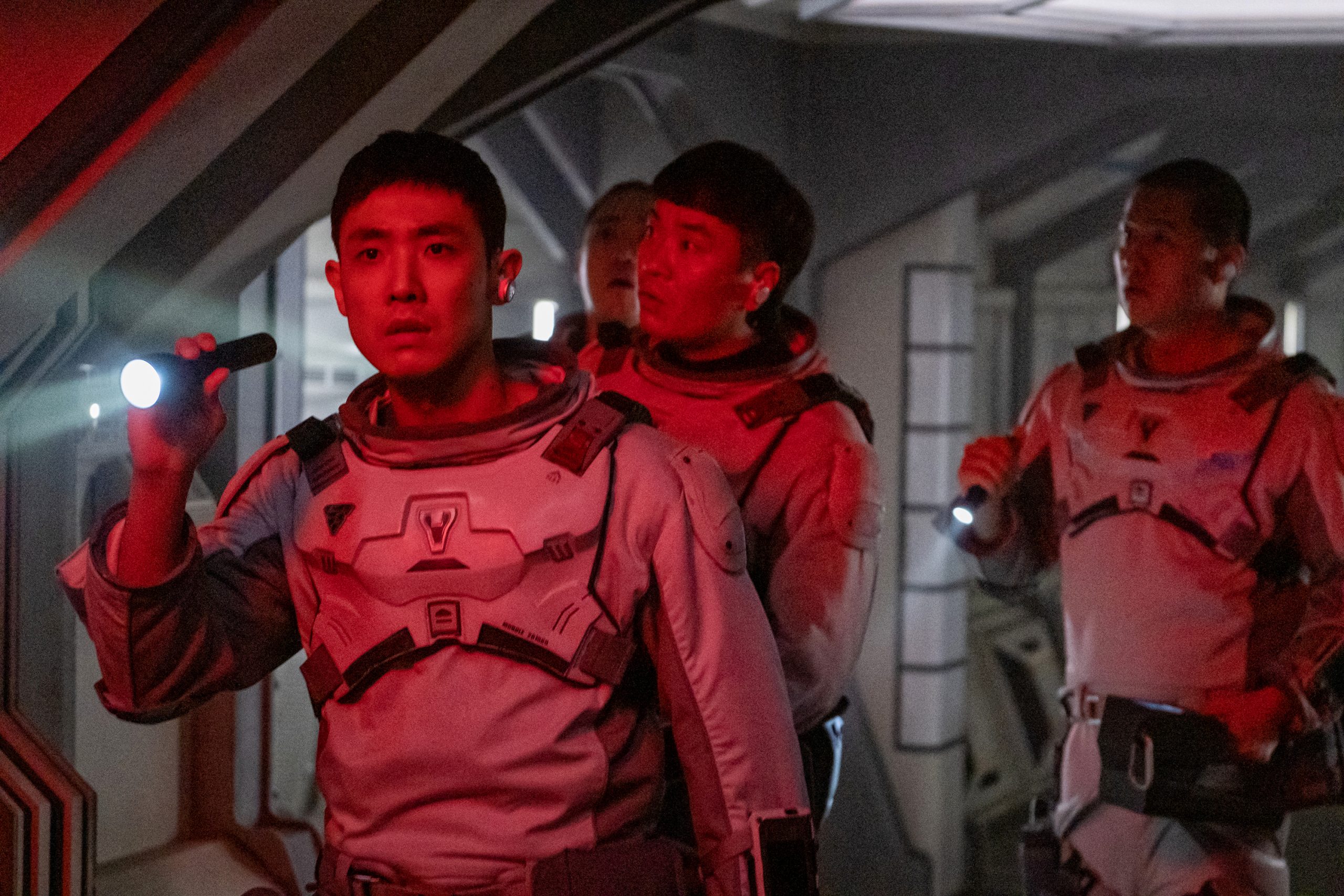 Sci-fi always works well when it takes concepts that are very easily imaginable with regards to the current landscape, and thus imagines a solution for solving the said situation. Most Korean dramas are character-based, but The Silent Sea (Season 1) is an exception. I’m not saying that writer Eun-Kyo Park (Mother) doesn’t crafts a sci-fi and horror series which feels very much like a genre exercise done right. The Silent Sea excels at getting the tone and claustrophobic vibe of the show once the characters enter the moonbase and uncover mysterious findings not completely in sync with the information that had been supplied to them. It also adds an interesting wrinkle when the characters all exhibit a strong sense of individualism and personal stakes. These almost always cause clashes, especially between the two protagonists. However, the events occurring finally make the two protagonists work together, even as the supporting cast slowly starts dwindling down.

The conceit of the said show, the solution to solve the water crisis is one of those extremely simple sci-fi concepts that if used right, works wonders. The Silent Sea, as the name might infer, manages to make even a natural resource like water terrifying for the audience, and that is just clever writing at play. It is also remarkable how water used here, reminds us very presciently of our current situation in the midst of a pandemic. Revealing too much would be a spoiler, so the writing is on tenterhooks here.

Combine that simple conceit with concepts of claustrophobic sci-fi horror resembling Alien, as well as sci-fi leaning towards the weird like The Girl with All the Gifts or even Claire Denis’ High Life, and The Silent Sea is quite a lot. However, the script and the story are grounded by the leads and their motivations which feel relatable and empathetic to the audience. Even the supporting cast is mostly likable though some of them don’t get the chance to rise above their archetypal offerings.

While some characters feel like exposition machines, content to voice their motivations in the first couple of episodes, from the third episode the narrative becomes much more assured and the details of the plot slowly start to unfurl. It helps that the science used in the sci-fi angle skews far closer to reality, thus allowing the audience to follow the story along. 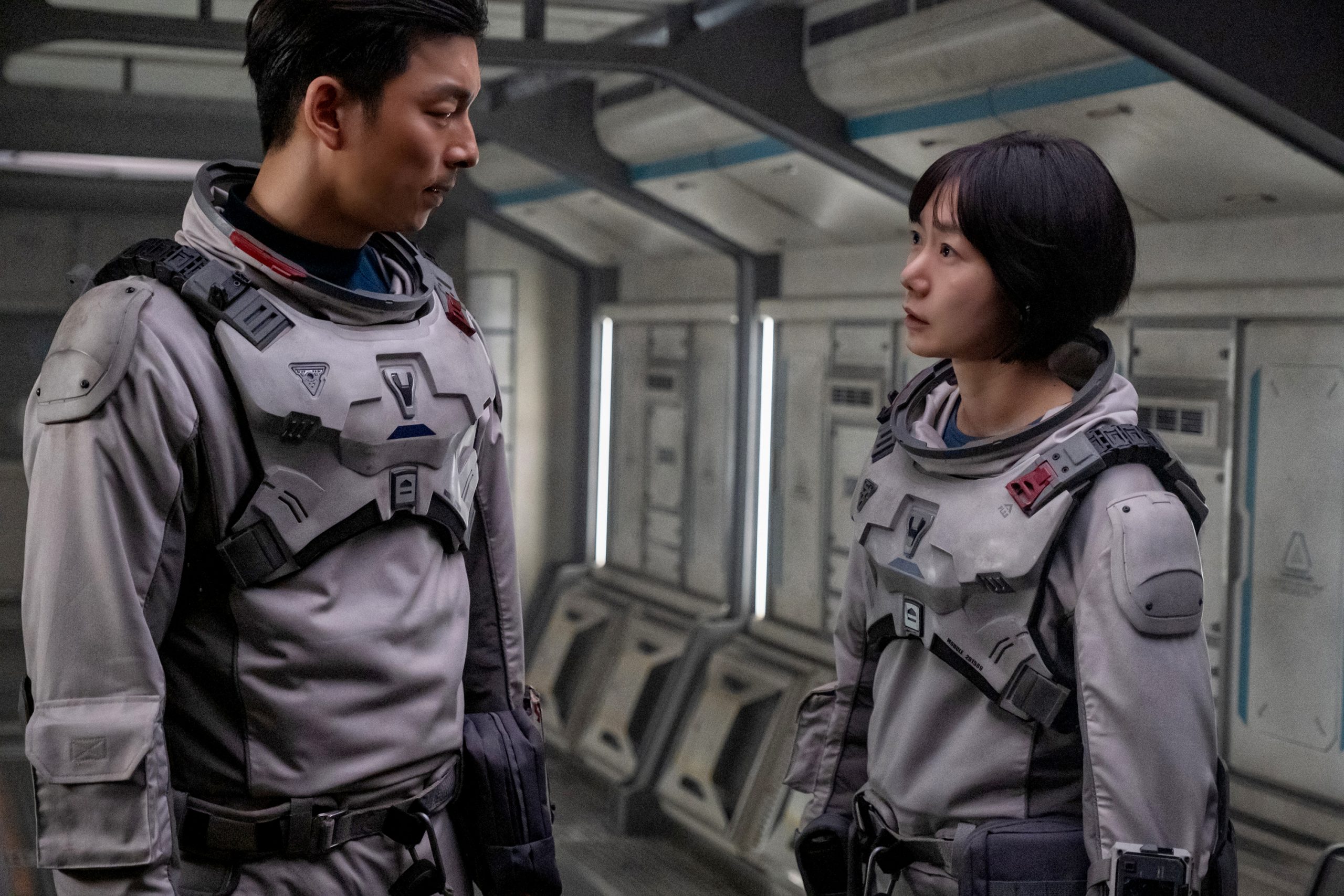 The pacing of the show might feel sluggish at some places, but credit must be given to how quickly the show sets up its world without getting bogged down by too many backstories. The action sequences are staged and edited well, and the cinematography too gives the show a visual splendor, even though at times the illusion of the moon being an actual sound-stage threatens to break, but it really isn’t enough to break your immersion.

The overall focus on humanity and its different aspects serve to showcase how it is its own worst enemy. In an effort to create a solution for the whole world, humanity resorts to measures that are revealed as outlawed and illegal. While these are well-worn tropes of sci-fi when done well they work. The focus on conspiracies between two rival corporations, and a rival corporation sending in saboteurs to derail the operation since the beginning sounds like unnecessary additions to the show, but they are woven very well into the narrative while managing to maintain a suitable amount of tension as the show races towards the finale. It also helps that the visual effects rival most Hollywood productions in terms of showcasing the narrative and the horrors shown on the screen.

The ending of the show is where the show stumbles for me. Nitpicking a sci-fi show based on plot holes is an easy mark for criticism, but the ending of The Silent Sea (Season 1) introduces a wrinkle that comes out of nowhere. It also ends in a way that could be taken as ambiguous in one aspect or inviting a continuation in another aspect. Knowing Netflix, the latter is the higher possibility, which is both a good thing as well as a shame. Good thing because the world introduced here is a unique one which I won’t be averse to seeing continued, the ending revelation deserves an answer. Bad thing because a complete story from beginning to end is always a far better way to go out on. Though I am certain fans of the leads won’t complain too much.

The Silent Seas (Season 1) is now streaming on Netflix