Castro begins with a couple of people running on the streets as if they are hastily reaching somewhere. It takes you a couple of minutes to realize that there is absolutely no reason to why they are running. This is when you know that you are watching an absurdist cinema. A few more minutes and you are totally indulged in the chaos Castro has created, only to later realize that none of it really meant anything, but you don’t care, you like the oddballs doing their bizarre tomfooleries. 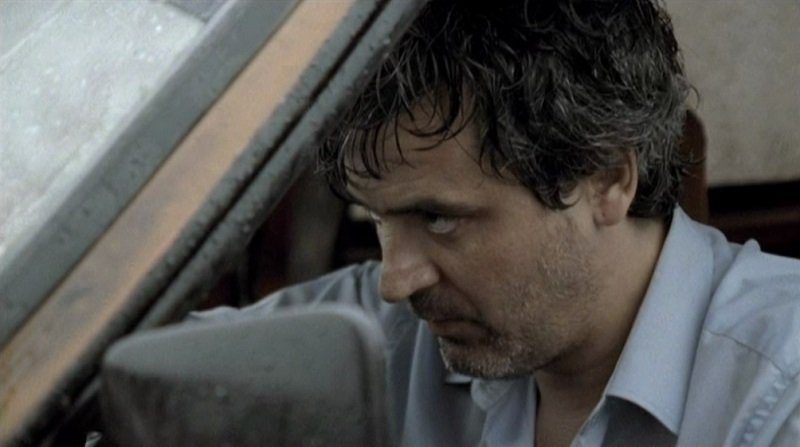 Centred around the titular character Castro, the film is basically one long chase sequence, about the man who is literally running away from everything life throws at him, his problems, his girlfriend who is constantly pestering him to go find a job, the goons (Acuna and Willie, led by Samuel), his ex-wife, Rebecca Johnson, has hired to find him and when he gets a job he is still running because, ironically, that’s what the job is too, to run with and from his colleagues carrying a mysterious parcel as if they are doing a imitation of a future crime.

Castro is a plotless film pretending to have a plot, while the film’s sole focus is to demonstrate its slapstick nature and it totally nails it. In one of the funniest scenes, Castro’s girlfriend Celia blackmails the guesthouse owner (where Castro and Celia are staying) that she will tell people that an old man died in the room upstairs, unless she gives that room to them at half the rates. The owner comes close to her carrying an intense face as if she is going to tell Celia to fuck off, but with that same expression on her face, she begs if Celia will pay another 2.5 pesos.

In another scene, the goons hired by Castro’s wife and she herself decides to talk in signs while tailing Celia, but as they are busy making signs at each other (using an umbrella), they lose Celia in broad daylight. Another hilarious scene is when the Gang Leader Samuel sends his team a message to be outside the guesthouse at 8 AM in the morning to catch Castro, the next shot shows a clock showing 8:15 AM and the goons are running towards the guesthouse as if children hurrying to school after waking up late. I laughed my ass off in all these scenes, the slapstick keeps coming back scene after scene until the time the end credits roll, which itself is a long shot of 30-35 seconds and you are wondering if there is still something about to happen or is happening within the frame. Castro is a milestone among films dealing with existentialism and absurdism wrapping it in humor.