‘Iti, Tomari Dhaka’ means ‘Yours Truly, Dhaka’. Dhaka. The capital of Bangladesh. Just like any other city in the world, it is natural that Dhaka also cocoons a canvas of lives and stories. This anthology film is intended to be an ode to the spirit of the city, highlighting some of those lives and stories.

Like other multi-stories films, it also encounters the feature of the format that is both advantageous and disadvantageous at the same time. It is that the film would have multiple stories. One story would be either better or worse than the preceding one. It is rare, in a film of this format, to find all the stories/segments equally endearing. Argentinian director Damian Szifron’s ‘Wild Tales’ is the one that comes to mind which truly presented a collage of equally beautiful segments.

Different directors, like in this case, could often direct an anthology film. It would have an underlying common thread that holds the film together. For ‘Iti, Tomari Dhaka’, it is the city of Dhaka. However not all stories could truly reflect the theme, and some of them falter in comparison to others in the film. 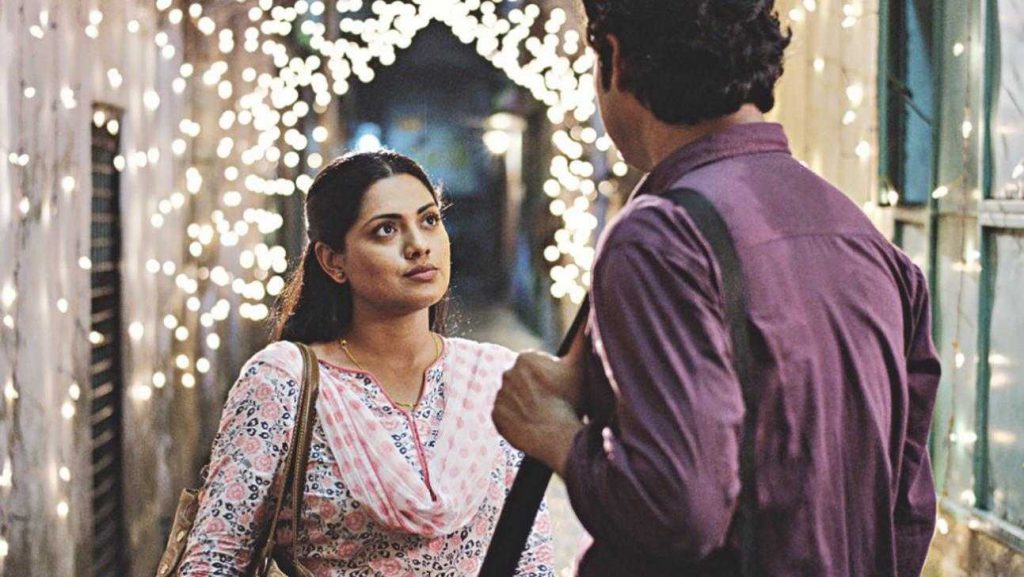 The Background Artist: This is the first segment, and it is a fine opener for the film. The story revolved around a ‘Background/Junior’ artist or an actor who primarily plays roles of an extra in the film industry. This short segment is full of humor, with flavors of the city and its culture. It is a self-aware film with a fine end. Provides a good start for the film.

Cheers: The succeeding one does not disappoint either. After one of them has a breakup, two women try to find liquor in the city where a woman drinking is frowned upon. In a short span, it tackles the sexism of a society seeping through it. Well-acted and decently directed, this segment also would be one of the positives of the film.

Maghfirat: The best of the lot. It is a tale of one common man, living a modest life in the city; and it explores deftly the ambitions and frustrations of life through subtle metaphors. It reflects well on the adjustment one has to make in a big city for a living, especially if the person is not from a big city. Sharp editing enhances the impact. This is the one that stood out.

Where, Nowhere: This one is a bit muddled. Torn between two protagonists, it could not really concentrate on either of them. Still, it managed to portray a problem-riddled picture of lives in Dhaka.

M for Murder/Money:  The name might suggest that the film could be a tribute to Hitchcockian thrillers, but it is merely a rehash of many thriller or crime dramas you have seen. Add to that, the city of Dhaka is non-existent here. For all you know, the story could be set in Connecticut and there would be nothing lost.

Jinnah is Dead: This segment, however, is very much related to Dhaka, and the history and politics of Bangladesh. The dichotomy between the lives of a certain section of people living in Dhaka is presented effectively. It focuses on the lives of marginalized Muslims who are from Bihar, India. The ones settled in ghettos in Dhaka after the partition and looked down upon after East Pakistan became Bangladesh. But, the complaint with this segment would be it does not tread the path of subtlety while portraying a certain theme. It became a little blunt and the segment suffered for it.

Juthi: For an eponymous character, Juthi is quite underwhelming. That affected the film. It plays on the theme of patriarchy and sexism of the society, similar to the ‘Cheers’ segment.  But, it did not have the humor of Cheers and meandered most of the time on the theme. Not really a success.

So, with some hits like Maghfirat, Background Artist and Cheers, ‘Iti, Tomari Dhaka’ is a decent enough anthology film.

“Iti, Tomari Dhaka” WILL BE SCREENED AT THE 10TH LONDON INDIAN FILM FESTIVAL, 2019
CLICK HERE FOR OUR COMPLETE LIFF COVERAGE