Largely unheard even amongst the avid cinephiles, receded into limbo, and overshadowed by another Russian anti-war drama ‘Come & See’, ‘The Ascent’ is a multifaceted character study of individuals caught in the middle of war & the war within. It’s the last film of Larisa Shepitko, one of the most significant Russian filmmakers and largely unheralded in world cinema, who perished in an accident. Shepitko avoids the usual gruesome battle sequences and the displays of gallantry to settle for an intimate exploration abetted by the minimalistic setting. Through the showcase of psychological and the very physical toll of war on the characters’ conscience, Shepitko bestows a heavy burden on us.

Set during World War II, shot on grainy black and white stock, the film looks like a product of its setting than the time itself, and that factor renders even more believability to the grim events unfolding in it.

Shepitko channelizes her morbid thoughts and emotions from her seven months hospitalization during 1973 after she fell and suffered concussion and damage to her spine. She described the period, ‘a long journey into myself.’ Her near-death experience sets the profound chain of thoughts about life & death, and everything that falls between it. That’s the reason the moral conundrum which seems deceptively so clear and tangible, and yet it unfurls with a wonderful ambiguity that would push anyone to put themselves in the characters’ shoes. 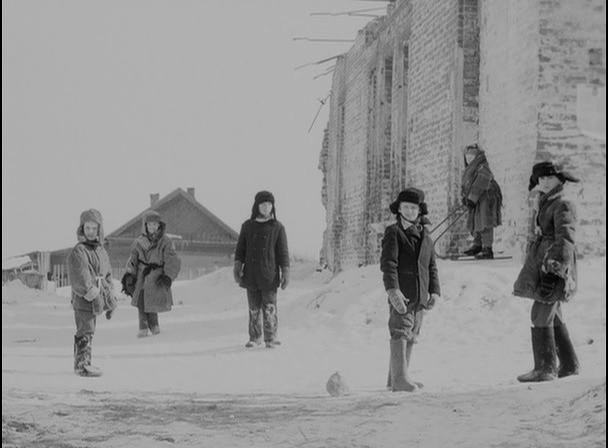 In the first act, The Ascent appears to have a straightforward, singular narrative about two Russian partisans captured by the Germans during the Second World War. However, after their capture, the plot thickens like coal-tar as religious symbolism, politics of war and ethical dilemma are slyly slipped into the narrative. The film gradually descends into a layered exploration of complex existential issues with regard to the purpose of human existence.

Sheptiko extensively uses Christian motifs in her film to draw political significance and the individual’s internal conflict. The two Russian partisans, dichotomous in nature, becomes the subject to examine what the film-maker calls, “the spirituality of the Soviet man.”

When faced with a burdensome decision: whether or not to collaborate with the Germans, their limits of human endurance is put to the test. Sotnikov (Boris Plotnikov) chooses to sacrifice himself rather than cooperate with the Germans. He is loyal to his cause and the country. This is very early established after he instinctively draws his rifle to shoot himself when he sees himself getting caught by the German soldiers. He, under no circumstances, would succumb to the life-threatening schemes. He even endures the torture silently like Jesus Christ.

While Rybak (Vladimir Gostyukhin), a former schoolteacher turned soldier, is an antichrist figure. He believes that self-sacrifice is not consistent with the reality of human nature. Like every normal being, he gives in to the survival instinct. He would do anything to survive, even if that means turning into a defector. However, it comes with the heavy psychological ordeal, subconsciously stemming out of the complex ethical quandary. 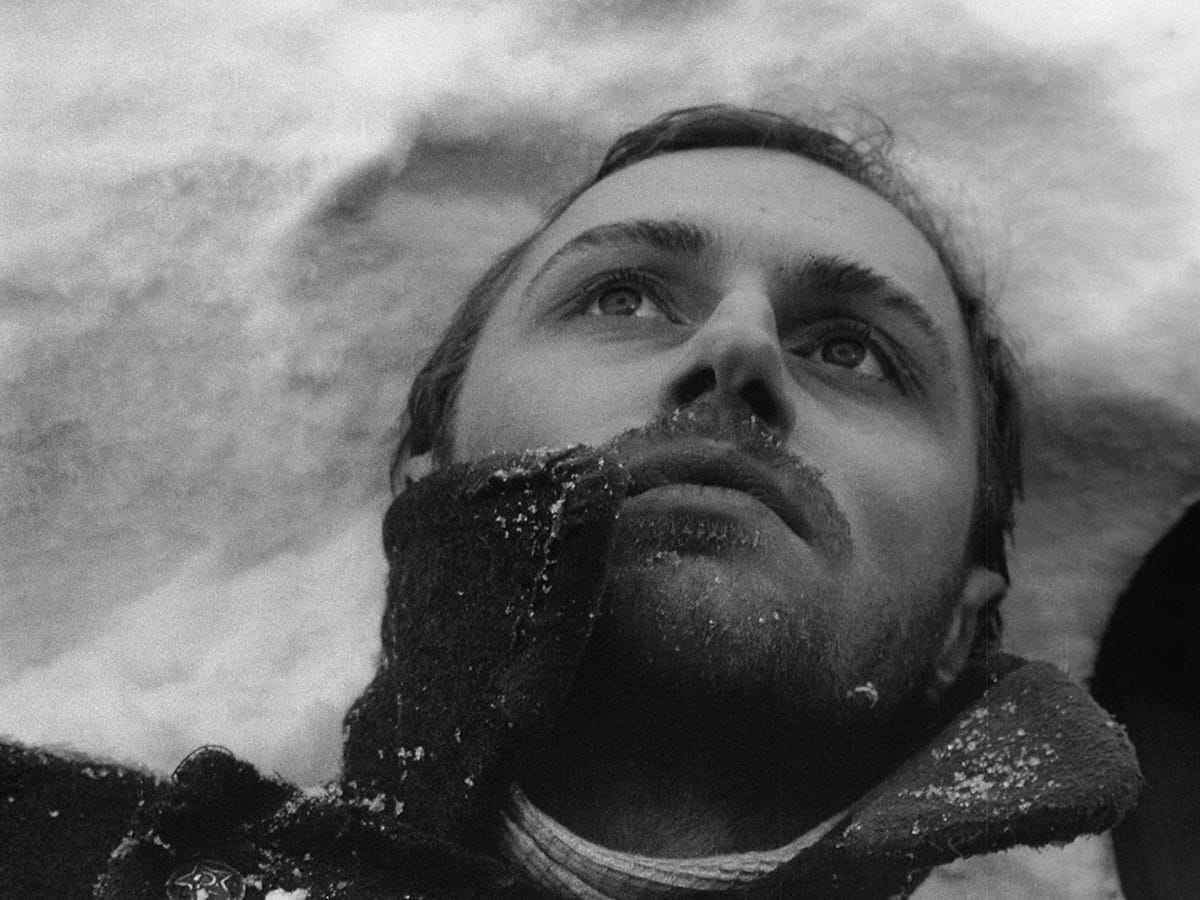 Shepitko instils the degree of intimacy in the first sequence, following the post-opening credit scene when she cuts to striking close up montages of individuals. We see gloomy, subdued & teary eyes, condensed droplets on the cheeks, wrinkled faces and weary forehead. You feel their helplessness, anguish and despondency in your bones, without an iota of idea where they come from and who they are. She continues with such sharpness in intimacy throughout the film that keeps the audience distressed and uncomfortable.

The most important element, besides her keen-eyed direction, is Vladimir Chukhnov and Pavel Lebeshev’s evocative direction of photography that captures the struggle of survival on the brutal landscape, almost entirely shrouded in white. The use of a hand-held camera during the most vulnerable & personal moments of both the soldiers profoundly convey their inward feelings. Moreover, Shepitko deftly uses the space and aesthetics to create claustrophobia. Shepitko employees a long take to capture the struggle of wounded Sotnikov trying to shoot himself rather than getting caught by Nazis. You hear him breathing heavily in pain. We then see him wrestling with the rifle while trying to adjust it between his feet to shoot himself. It intensifies the urgency of the scene and renders acute realism.

Also, read – Come and See [1985]: A Chilling and Indelible reminder of Nazi Carnage

The Ascent is an extraordinary achievement in filmmaking and story-telling. The stark, black and white cinematography and unsettling aural element form a stunningly bleak aesthetics. It all effectively blends together to create this harrowing and heart-wrenching drama that’s further elevated by compelling performances. Shepitko masterfully manages extremely complex existential issues, reflected through flawed & unidealistic characters who crack under the immense pressure. At the same time she maintains a definite focus on the emotional core of the drama, subtly emphasized by religious symbolism and the grueling political logic of war.

Find The Ascent on Criterion Channel

23 Years of Hrithik Roshan: The Story So Far

Ukrainians in Exile (2022) Review: A Moving Depiction of the Urgency of the Refugee Crisis in a War-ravaged Country

Onoda: 10,000 Nights in the Jungle (2022) Review: This three hour war epic gets lost in its own obstinate idea of heroism