Nagendra Prasad Sarbadhikary is hailed for having founded one of the first football clubs in India, the Wellington Club in Calcutta (now Kolkata) in 1884. He is also popular for having shunned the caste and class dimensions in society and introduced football as a republic sport among the colonized Indians. Debut director Dhrubo Banerjee’s film, Golondaaj, traces the life of Nagendra Prasad Sarbadhikary with a flaring nationalist fervor in the form of a hundred and fifty minutes-long sports drama.

We must remember here that we are talking about two genres of filmmaking at once – biography and sports drama. Banerjee might not be entirely successful in his attempt at combining these forms seamlessly into the film, but he does get close to it with a storyline that conveys just enough, sometimes overstepping its scope.

In a linear narration, we see Nagendra growing up with a steeping interest in the game of football after he happens to encounter a football game while travelling with his mother. He is repeatedly told that the game was meant strictly for the British, hiking his curiosity enough to kick the ball, and engraving his interest in football forever. When he grows up, Dev, one of the more popular Tollywood actors known for his performance in films like Buno Haansh (2014) and Chaamp (2017), slips into the adult Nagendra’s shoes to bring the required authority to the role. He does fairly well; although I cannot unsee how some scenes lose their intensity due to his nonchalant facial expressions, the camera is stubbornly focused on him throughout and gives him sufficient scope to make up for his flaws.

Related to Golondaaj – “83”: Authenticity At The Heart Of Netflix New Sports Drama

The sepia-tinted frames try to bring to life Kolkata from the late 19th century. In a scene where Nagendra is standing at the ghat, the colour gradient becomes dangerously yellow, and, momentarily, the intended time frame loses its authenticity. In fact, the settlement constructed around Nagendra’s house doesn’t organically merge with the scenes. I was almost tempted to think at a point in the film whether the Covid restrictions affected the locale of their shoot or it was intentional on their part to make it appear skit-like. 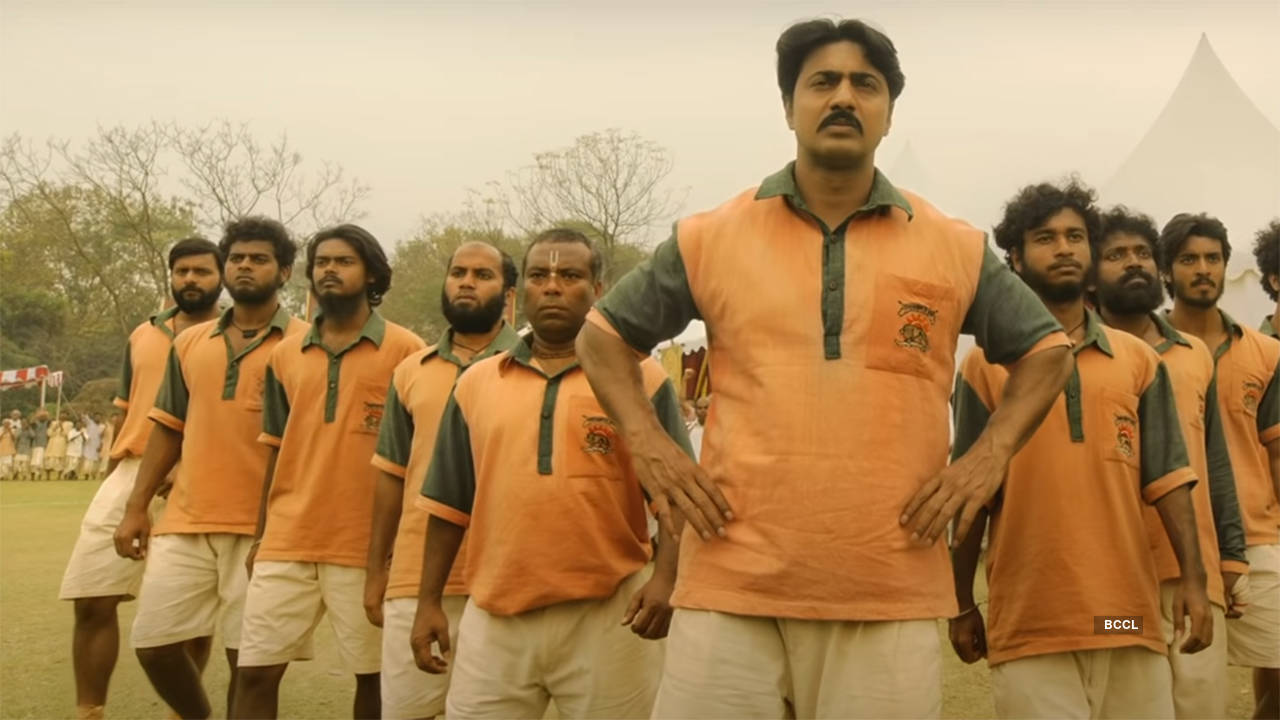 The music, composed by Bickram Ghosh, is very fresh but appearing too often in the film, it did take a toll on my concentration. Especially when Nagendra’s team sings out Vande Mataram during the interval of the climactic football match, the audience shifted in their seats less out of patriotic zeal and more out of impatience. However, the background score is impactful and Juddhang Dehi’s fiery lyrics, written by Srijato, beautifully complement the drama on the screen.

Anirban Bhattacharya, a rising star in the Tollywood film industry, is given a small role on the side but his introduction – a minutes-long performance of the Shiv-Shambu song – is honestly laughter-inducing. He plays the role of a revolutionary on the run and the omniscient narrator of this film, however, the characterization is shrouded so much in a mystery that we barely recognize its influence on the main plot of the film.

Instead, all the members of the football team, including Indrashish Roy, who plays Binod, Mirchi Agni, who plays the role of the motley, Naru, and Ujaan Chaterjee, who plays Moni Das, shoulder their roles as efficiently as Dev does. Alexx O’Nell, who plays the role of the antagonist, Major Frederick Jackson, is also very convincing in his depiction of colonial hatred towards the Indians. Other popular actors who feature in the film, including Nagendra’s wife, Kamalini, played by Ishaa Saha, are lost in the traffic of characters in the screenplay. 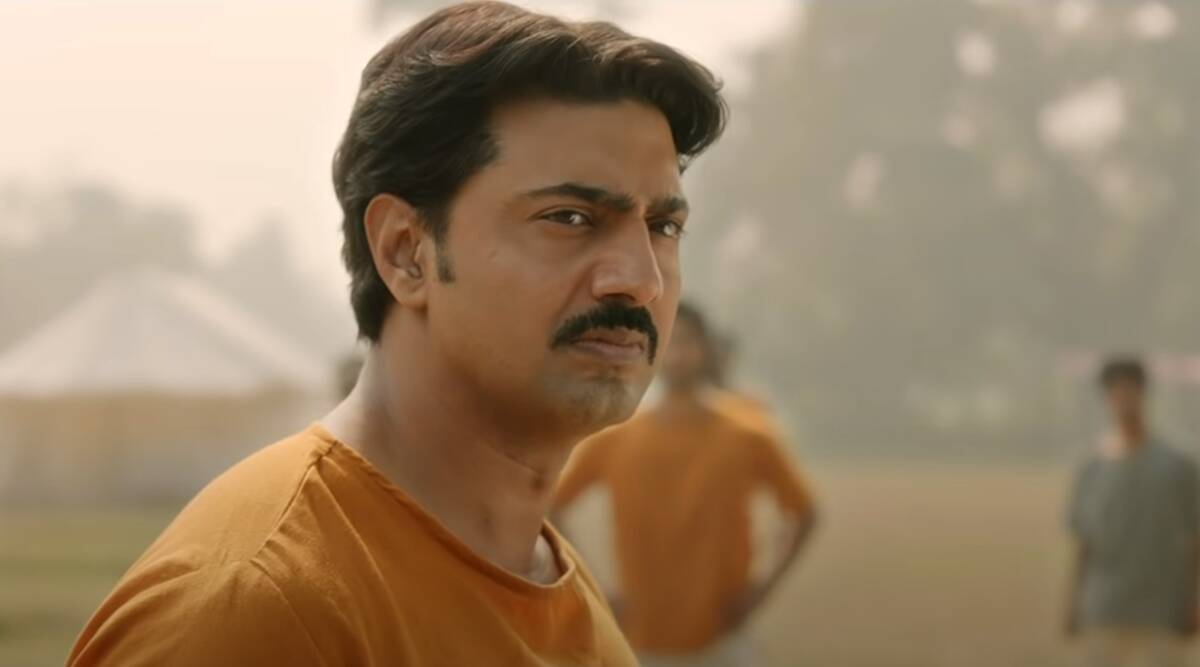 The film is bold in its depiction of drama, but in an impetus to heighten it, it incorporates too many slo-mo shots. They initially add the requisite zing to the frames, helping the audience throb with excitement. However, soon it becomes a repetitive motive for the film to try to balance itself upon. Without the slow-mo, the final football match might have picked up the pace and the film would have been wrapped up in less time. Golondaaj also threatens to propagate the myth that educating women might see their husbands facing death or near-death experiences. I was left wondering, a long time after the film finished, why we never found a resolution about Kamalini’s educational adventure. Or, did the film forget that such a slip-up could be misappropriated in this age of cultural consumerism?

Golondaaj ultimately knits its story into a fine drama, its scale fit to entertain you wholeheartedly if you are watching this film on the big screen. It is pure entertainment, even though the caste and class battles that Nagendra puts up against a conservative Bengali society is considerably watered down. Golondaaj harps upon the nationalistic desire of every Indian to see the colonial rulers lose against our unity, bravery, and sense of fairness.

Golondaaj is now streaming on Hoichoi