Touted as a gritty & tense meditation on the horrors of Australian colonisation yet lacking both grit & tension, Jennifer Kent's sophomore film is a poorly realised & unnecessarily overlong rape-n-revenge exploitation flick dressed as a confrontational piece that suffers from errors of its own making, plus its depiction of the Aboriginal suffering is so misconceived that it inadvertently adds insult to injury.

Touted as a tense & gritty period thriller that meditates on the horrors of Australian colonization, it is surprising that The Nightingale is severely lacking in both tension & grittiness, plus its attempts to portray the Aboriginal suffering are so misguided that it inadvertently adds insult to the injury.

Set in the Tasmanian wilderness during the 1820s, the story follows an Irish woman on her vengeful journey after a British officer commits a violent crime against her & her family. Unfamiliar with the land, she enlists the services of an Aboriginal tracker who suffers from the trauma of his own violence-filled past. 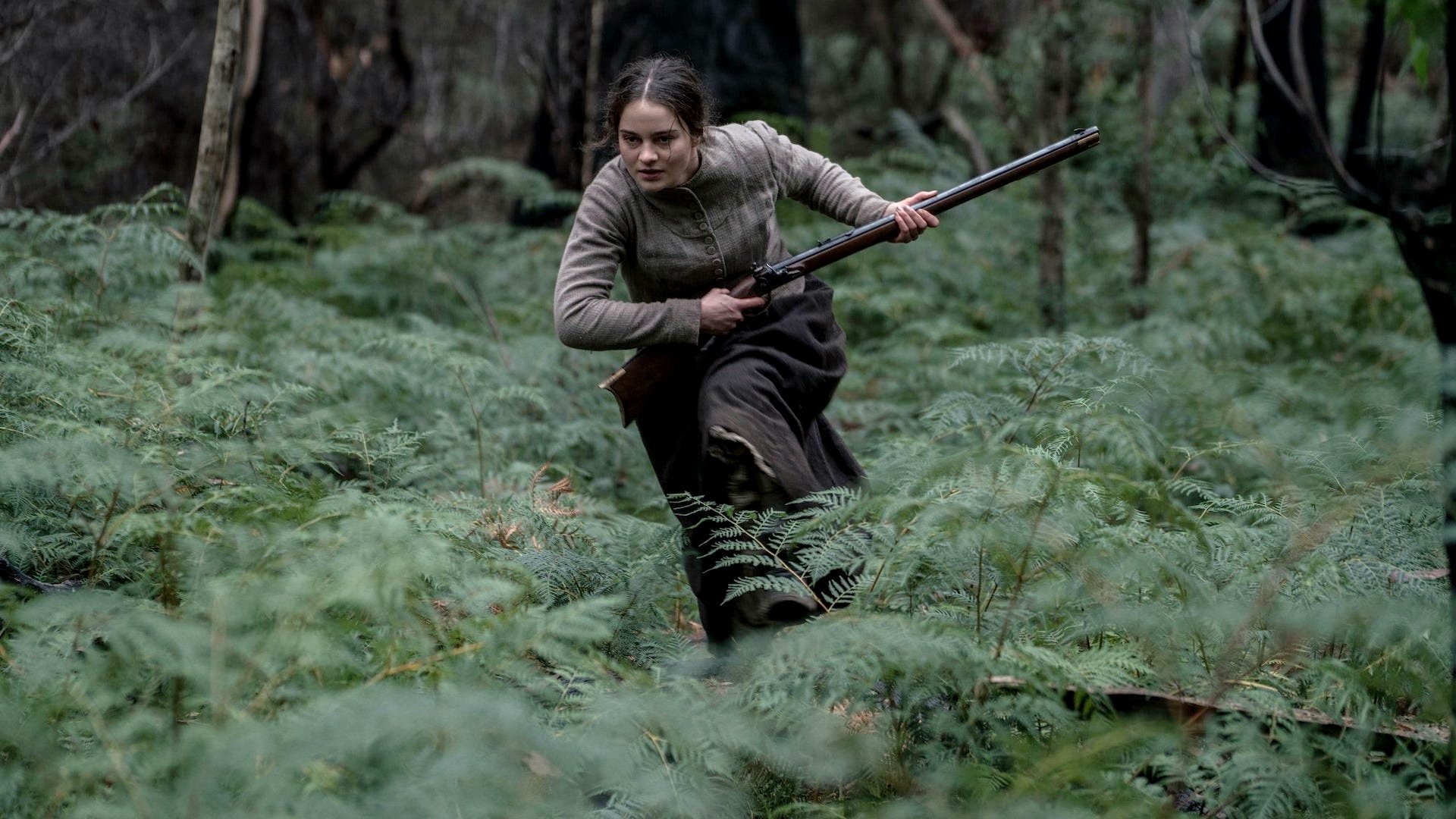 Written & directed by Jennifer Kent (best known for The Babadook), the first act of this film alone is more brutal, harrowing & disturbing than most and paves the road for a rape-n-revenge exploitation story in a period setting until it decides to go further down the road, dilute itself, and finish on an underwhelming note.

Similar to The Nightingale – The Ward [2010] Review: Not Carpenteresque Enough

Kent’s intentions may be good but her execution is improper, and that’s one of the many reasons why her film fails to sell itself as whatever it was trying to be. The artsy camerawork, muted palette & glacial pace offer the impression of it being a serious & confronting work when in actuality, it is a poorly realized & unnecessarily overlong chore.

There is a confrontation around the 90-minute mark where The Nightingale could & should have ended, for the film only goes downhill after that. It wouldn’t have been the perfect finale but still sufficiently satisfying, for what comes next is as crass as it is clueless and the longer it goes on, the more troublesome & unconvincing it becomes.

England’s crimes against the indigenous population are only utilized for shock value than actual contemplation, and it keeps playing second fiddle to the Irish woman’s misery throughout its runtime. It might make some sense from a narrative viewpoint but it’s definitely a tasteless choice and more could’ve been done to balance both subplots.

On the plus side, the gloomy tone & depressing aura is fitting. The period details have an authentic quality to them. And all the actors play their roles responsibly. Aisling Franciosi’s character is more interesting than her performance, Sam Claflin has no trouble making us despise his despicable character, and Baykali Ganambarr’s strong input leaves a lasting mark.

On an overall scale, The Nightingale isn’t a film that will satisfy all palates and will evoke strong reactions from either side of the spectrum. The story works better when unfolding as a revenge thriller than anything else, and suffers from issues created by Jennifer Kent’s own misconceived writing & ineffectual handling. A weak sophomore effort that’s marred by errors of its own making.

The highlight of the film: Shoehorning that #NotAllWhiteMen moment into its already prolonged narrative for absolutely no valid reason whatsoever.

The Elder One (Moothon) [2019]: 'MAMI' Review - A constructed drama that escapes challenges but stays relevant

Interview with Achal Mishra : "I was not just documenting our house, but also a culture which is slowly eroding."