‘The Elder One (Moothon)’ has been the only film from this year so far that left me in a state of absolute perplexity for it is as weighed down by its negatives as it is buoyant by its lustrous elements. It emits a certain aura that compels the audience to watch it and be loyal to the experience. At the same time, it exploits their devotion. It is quite confident in the narrative it employs as every event attaches itself to the successive event it finds itself most comfortable with and not with the one that bears the highest probability of occurrence. And hence, the film escapes the challenges of a coherent and plausible screenplay. That being said, Moothon does everything with panache to redeem itself. And more or less, it does.

The tale is of a child who is in search of an elder brother ‘Moothon’ who had abandoned the beautiful island of Lakshadweep they once shared, years ago. All that is known is that he came to Mumbai. The child hasn’t recovered from the past and has made it life’s motive to find The Elder One (Moothon) at all costs. But are people around a rebellious and determined individual supportive? Well, they can be, but generally, they aren’t. And that is one plot instrument at use to propel the story and render it a thrilling appeal.

The journey starts and life’s upturned. The audience, along with the protagonist, is thwarted into the dark underbelly of an ugly city right from their existence in the lap of beautiful nature where things weren’t artificial and unclean. At the cost of spoiling a narrative that anyway spoils itself with its predictability the moment it begins, what will happen when a child leaves a small island on Lakshadweep for Mumbai on a small fishing boat to fight with the thundering sea? Well, the boat is meant to be destroyed by the wrath of Lord Varuna/Poseidon but the child is destined to be rescued by benevolent human forces. I am not expecting the film to not be loyal to the ideas of fiction. We always require stories of triumph over adversaries to fuel our everyday efforts. But dissolving every plausibility to propel your story is an escape route, the easy route. A resilient protagonist is all you require to hook yourself to the film you’re watching or the book you’re reading. You do not depend on the situations to mould themselves around the protagonist in a contrived way. Or, do you? 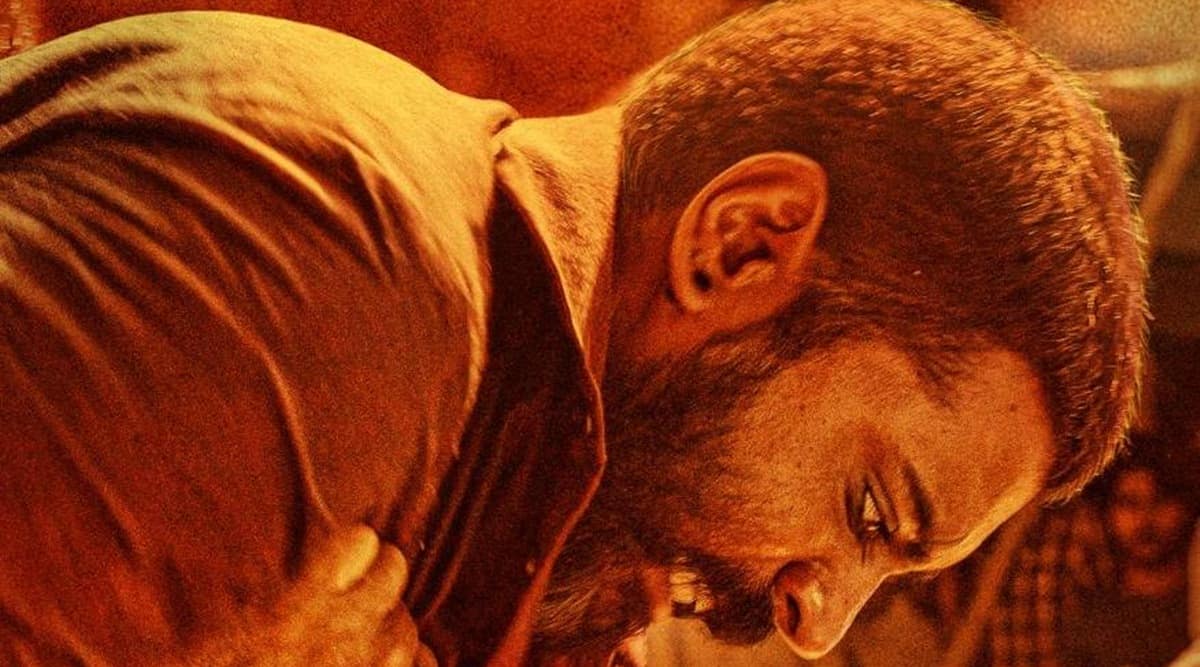 However, the transition is beautiful. The contrast is striking in both, the foreground and the background, which never cease to revitalize your senses. Little plot elements are spread throughout the screenplay like little gems spread on the route to the bigger treasure chest, hinting at events that shall unfold later. And the seemingly modest screenplay is denser than thought when it opens itself to the past. The heart of The Elder One (Moothon) lies in the past.

It tells the story of Akbar, a young boy, and his exploration of himself. Akbar is played by Nivin Pauly who acts so beautifully that you can’t help but smile every time Akbar does. Nivin is brilliantly supported by Roshan Matthews, who’s as elegant and as graceful as Nivin is. Both the actors capture the screen and serve a delicious experience. There are nuances that hit all the right chords. Nivin gets them right, Roshan gets them right. The details of the sketch run deep into the canvas. There’s immense depth to fathom in the extremely brave mainstream attempt.

I will refrain from discussing all the predictable elements which hurt like pebbles in your meal. But it is no prejudice when I say there are many. When many coincidental events are clustered together, they do not appear organic. They rather appear to be the work of a superior divine force. Challenges will be born less through the circumstances but more through the ignorance of the people. Situations are customed to go haywire. Otherwise, they won’t be contributing much to the thrill that is being written. How pleasant that comes out to be can be subjective for half of it is its execution, which is tight and brilliant. Geetu Mohandas and Rajeev Ravi work in tandem and emerge as one powerful force collectively. Rajeev Ravi’s portfolio boasts of his credibility. The Elder One (Moothon) is a feather in his cap. He is innovative and intelligent. He knows how to add power to a frame. Geetu complements with her direction. A share of praise must also be given to Anurag Kashyap who has contributed to the screenplay and has written Hindi portions of the dialogues. The charm of his writing is both, recognizable and evident. He adds essential wit to this gritty tale. But even though the pH of the amiability of this screenplay is subjective to individual senses, its limitations are inherently objective. And those are exposed in the sun.

Nivin deserves another mention. The face in the poster is his primary performance, his act as ‘Bhai’. I would opine that this is Pauly’s career-best performance and one of the best performances of this year. It almost seems like uncharted territory for him but he does it with such awareness that you wonder if this is his comfort zone. Had Roshan Matthews been given greater screentime, he would have been the second-best thing about Moothon. But currently, it is safe to honor Shashank Arora with this title. He is as irritating as his character demands him to be. Shobhita Dhulipaala offers nothing exemplary. She makes a brief contribution that doesn’t rise above anything that has been done before. She is cut from the same fabric as Rashmi (Frieda Pinto) from Love Sonia. But none of this is to undermine her effort. It’s her role that was written as such. The rest of the cast is convincing.

Also, Read – It Must Be Heaven [2019]: ‘MAMI’ Review – An Absurdist Observational Comedy Wrapped in a Meta-Critic of Political and Societal bounds

The film is edited in a crisp manner that deliberately shies away from spoon-feeding its audience. It majorly worked for me. There are chances that some may demand more. Even I did as my immediate response before I embraced Moothon for what it is. The climactic act is refined with its brevity and bravery. It employs inadequacy to its advantage.

The lanes through which Moothon goes are not new. Moothon is reminiscent of Salaam Bombay and Love Sonia, and quite coinciding with the latter. The original portions of this film set it apart and hence, even when the two aforementioned names are superior products, Moothon doesn’t lag much behind in the fictional arena. At the end of the day, it definitely deserves your time.

I chose to discuss the film’s protagonist’s performance, Sanjana Dipu as Mulla, as it is not possible to do so without spoiling some of the content.

Mulla is a conflicted child who emerges to be resilient in the film. She is exceptional, no doubt, but the makers make a grave error in her character development. Mulla misses her elder brother and it reflects in the identity she has chosen for herself. She comes out to be a boy but her inner battles are hinted at with subtlety. Then comes the revelation that her sex is female, but the idea of her gender stays intact, conflicted. A child who is conflicted about her gender or who is just mimicking an otherwise identity in the memory of her brother has no reason to suit the sensibilities of the audience.

Whichever the case is, it is us who get to know that she is a female as the physicality is bound to be exposed at some point in time. But now that we know she is a girl, does she have to act like a girl, considering she was a boy in her gestures, tone, and body language pre-revelation? As soon as her biological identity is revealed, her feminity is made explicit. A certain change in her tone is established. The change in pitch is made evident. Some contrived feminine gestures, most of which are conventional, are given screentime. All of a sudden, she is no more a boy she was for one-third of the film. And this is escalated to the point till she is completely turned, which happens in the climax. Sanjana stays brilliant for its not her fault but of the writers.

THE ELDER ONE (MOOTHON) Trailer