Home»Reviews»Film Festivals»It Must Be Heaven [2019]: ‘MAMI’ Review – An Absurdist Observational Comedy Wrapped in a Meta-Critic of Political and Societal bounds
Film Festivals/MAMI/Reviews

It Must Be Heaven [2019]: ‘MAMI’ Review – An Absurdist Observational Comedy Wrapped in a Meta-Critic of Political and Societal bounds

The first thing you will notice about Elia Suleiman’s ‘It Must Be Heaven’ is its delirious comic tone. This absurd meta-comedy is about a few too many things. Firstly, it’s a direct critic of how cinema is often conceived and restricted by regional bounds. Secondly, it’s a triggering political satire on how a country is typecasted in a certain way even when the new millennium and social-media togetherness has almost nullified that gap. Moreover, it is a sharp observational/physical comedy (sans Buster Keaton-esque vignettes) of errors that provides deadpan belly-laughs if you can look beyond their episodic presence.

However, ‘It Must Be Heaven’ is an ironically titled film about the search for a dream place that one can settle down in. The film begins in Palestine and moves to Paris and New York before detouring back to where it began. There’s a sense of sadness that prevails in this journey. A sense of displacement that questions its silent protagonist’s quest for understanding where is his place in this world. This forms the crux of Elia Suleiman’s brilliant new film that comes a decade after ‘The Time That Remains (2002).’

Similar to It Must Be Heaven –  Judy (2019) ‘MAMI’ Review: A celebration of the life and work of Judy Garland

We open with Elia Suleiman playing himself. But before that, we also find a prologue where a priest beats the shit out of a drunkard. Sulieman takes us through a monotonous, strenuous daily routine where he is constantly bewildered and confused by how people act around him. In a self-contained way – this is his off time from doing/writing a film. Much like his decade long break before making ‘It Must Be Heaven,’ Elia’s deadpan humor moves from the bounds of his own home to the beautiful lands of France. In Paris, he is welcomed by the beautiful alluring beauty of fashion-ridden people pouncing around the streets as he looks by. Instantly we are forced to take notice and revel in it. 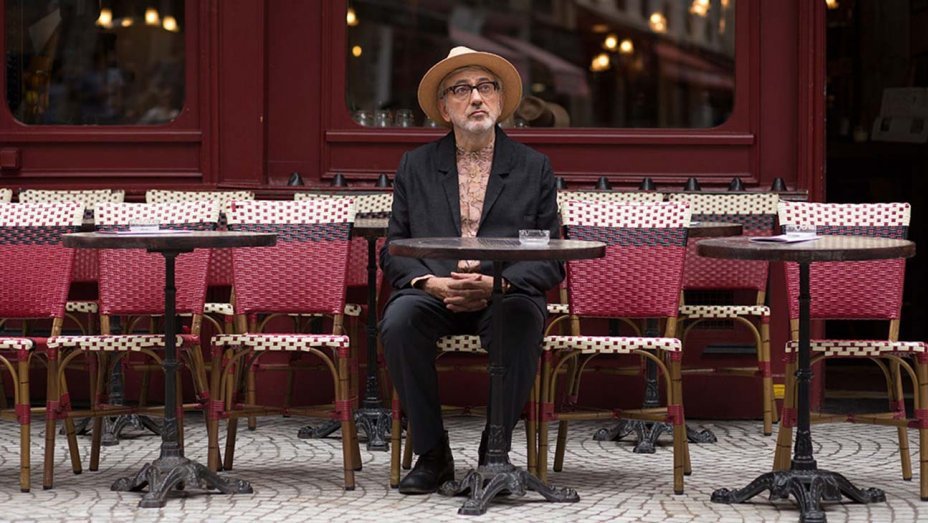 But then again, the beauty becomes a stead-fast recurring dream that he could simply see from outside his hotel room. It becomes boring over a period of time and is only disrupted when a cleaner blasting her favorite song comes into the store that has the ramp walk fixated on its walls. It soon becomes evident that Elia’s sense of place is still playing hide-and-seek with him. There’s a constant accumulation of anxiety here but Elia chooses to keep his deadpan expressions intact. This is why most of these outward expressions are expressed in a metaphorical weight coming out as frustration. He cleverly devises it around a sparrow that keeps disturbing his writing process.

“It Must Be Heaven” core does get repetitive once the drama moves from Paris to New York. Some of the allegories don’t land in the way the director intends and the themes of identity do take a backseat. This is when the director goes full meta in his investigation of how hard it is to sell the cinema in the contemporary world. In a hilarious scene, we find Elia sitting across Gael Garcia Bernal. In the sequence, Bernal (who is playing himself- Duh!) tries introducing Elia to a studio executive who could finance Elia’s Israeli project. He explicitly tells that his friend comes from Plastein but he makes comedies.

There are tons of instances when these self-reflective laughs come at rib-tickling speeds. This doesn’t take away the fact that many of these instances could just be plain boring for someone who is new to deadpan comedy or simply new to films that don’t necessarily follow a fixed narrative structure. But there’s also a certain universality about this experiment by Elia. For instance, the producer of Wild Bunch (who has backed ‘It Must Be Heaven’) meets the protagonist and tells him that he can’t produce the film because it has nothing to do with Plastein and could take place almost anywhere in the world.

“It Must Be Heaven” is comic tripe where the jokes are deeply drenched in middle-eastern conflicts and political bureaucracies. It is as much fun decoding them as it is to see them unfold in the realm of the deadpan expressionist at the center. It is a rebellion little film filled with an energy of annoyance – Both with the people who hold the power close and with nature itself. It is in a way a far cry for letting things be the way they are – Absurd, Ironical and unlike their nature which was pre-defined in a place that seems like heaven from a distance.

It Must Be Heaven Trailer

It Must Be Heaven [2019]: ‘MAMI’ Review – An Absurdist Observational Comedy Wrapped in a Meta-Critic of Political and Societal bounds