Otto Preminger’s Laura (1944) is ranked no. 4 in the American Film Institute’s (AFI) list of the greatest films in the ‘mystery’ genre. But viewers expecting a tough, indecipherable secret would be somewhat disappointed. In fact, apart from the half-way twist much of the ‘mysterious’ elements would remain predictable for modern-day audiences. Yet what makes Laura a marvelous masterpiece is Mr. Preminger’s seductive and powerful visual style. His fluid long takes, probing camera, and mellowed chiaroscuro lighting brings forth a grimly fascinating allure to the whodunit plot structure. Along with Billy Wilder’s Double Indemnity (1944), the astoundingly fluent stylistic hallmarks of ‘Laura’ have appealed across generations of cinephiles and perpetually heralded as one of the top-ten film-noir projects.

Based on author Vera Caspary’s 1942 novel of the same name, the book was adapted to screen by trio of writers: Jay Dratler, Samuel Hoffenstein, and Elizabeth Reinhardt. Perhaps, Laura was also well-known in Hollywood history for the off-screen conflicts it brewed, primarily between Otto Preminger and 20th Century Fox executive-head Darryl F. Zanuck. Their bitter feud has been going from 1937 itself, which nearly destroyed Preminger’s career. Zanuck initially hired Rouben Mamoulian (‘Dr. Jekyll and Mr. Hyde’) as the director and allowed Preminger to serve as producer. Naturally, they fought over everything from sets to costumes. When Zanuck felt disappointment over first set of rushes made by Mamoulian, he was fired and Preminger was promoted as director. Still, Zanuck persistently opposed many of the director’s artistic choices. There were also minor problems between the cast members and Preminger. Eventually, Mr. Preminger succeeded in diffusing his own refined authorial voice all over the project. Laura also became Otto Preminger’s first major critical and commercial success.

Although Preminger failed to adapt the novel with Vera Caspary (they didn’t compromise over the film’s tone), the narrative retains certain proto-feminist threads, not often found in post-war noir films. Laura opens with these disconsolate words: “I shall never forget the weekend Laura died”. The opening credits show us an instantly bewitching portrait of the title character, hanging in the wall of a lavish New York apartment. Like the Mona Lisa blush, the beautiful woman’s portrait looks at us with a mixture of sorrow and allure. A no-nonsense NYPD detective Mark McPherson (Dana Andrews) finds himself totally smitten over the portrait. Nevertheless, he meticulously goes over facts and sees through the lies to find Laura’s killer (“I suspect nobody and everybody”, McPherson nonchalantly states). He first interrogates the prickly Waldo Lydecker (Clifton Webb), a blue-blooded newspaper columnist, whose words carry the power to make and destroy people (“I don’t use a pen. I write with a goose quill dipped in venom”, Waldo quips). 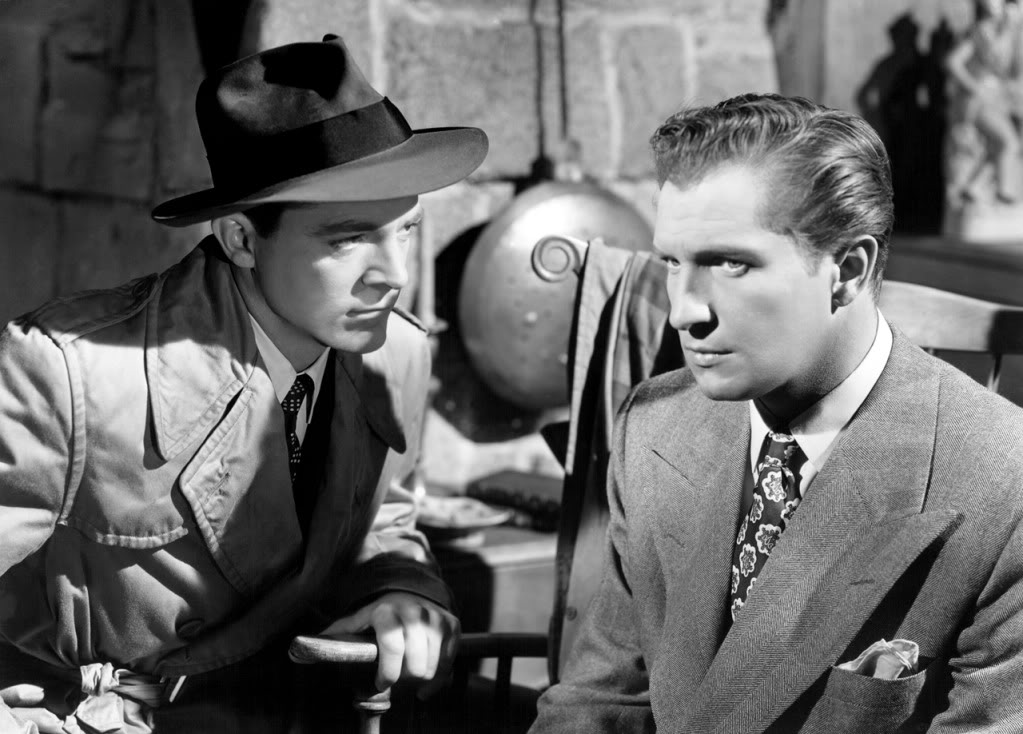 The ageing socialite has played the role of protégé for Laura Hunt (Gene Tierney), who was initially a lowly staff member in a giant advertisement firm. Waldo agrees that although he introduced her to the inner-circle of opulent people, it is her tenacity and restraint that made her a famous advertising executive. Not only Waldo, every other person McPherson speaks to are captivated by Laura’s sensuous beauty, intelligence, and benevolent nature. Laura’s fiance Shelby Carpenter (Vincent Price) obviously becomes the prime suspect. He is a handsome and suave young man, who has a reputation for mishandling money.

Shelby seems courteous and affectionate towards Laura, but McPherson digs deeper and finds Shelby to be a ladies’ man. On one hand, the detective skillfully inquires into the glamorous yet ominous high-society world of obsession, lies, and jealousy. On the other hand, he finds himself crazily infatuated with the murdered woman (he pores over her letters and diary, and achingly stares at Laura’s portrait). Waldo easily sees through McPherson’s tough-guy facade and warns, “You’d better watch out, McPherson, or you’ll finish up in a psychiatric ward. I doubt they’ve ever had a patient who fell in love with a corpse.” And very soon, the detective wakes up in Laura’s apartment and sees something that would have instantly reminded him that he has slipped through the cracks of reality.

The notable film-noir trope, femme fatale depicts enigmatic, eroticized women characters with a penchant for power and manipulation. ‘Laura’ infuses a slight twist on the familiar noir trope. Even after her death, the sparklingly beautiful titular character drives the male characters (McPherson, Waldo & Shelby) insane; not due to her calculated wickedness, but because of each man’s illusory perspective of the woman. There’s not much to say about who is Laura as a person. The men repeatedly obsess over the unfathomable sense of charm and allure she radiates rather than attend to her preoccupations and inner feelings.

Earlier, Waldo admits that it’s Laura’s intelligence which led to her rise in the business world, but the very same factor incites lustful desires and hatred among men. They hate and want her based upon an illusion: that she is the ‘perfect woman’. The premise reminds us of classic Hitchcockian territory, although Preminger treats the yearning, obsessive male gaze with an inherent tragic tone and to confront the perils of idealized image. Perhaps, the film’s only flaw lies in its classic whodunit structure, which never turns Laura into a real character (even after the half-way reveal); her individuality is a mystery to the end.

Also Read: The Representation of Women in Film Noir

Otto Preminger’s magnificent palette of deep shadows and burnishing brightness works finely as the primary visual motif for the film-noir themes (cinematographer Joseph LaShelle won an Oscar for his work). Preminger’s stylish symmetry and suspense-sustaining pace are some of the perfectionist film-maker’s many appealing attributes. As I mentioned earlier, the mystery element is easily foreseeable. Nevertheless, the movie’s brilliance lies in Preminger’s ability to imbue multi-layered and rich visual texturing to the austere narrative. Preminger’s precisely calibrated staging, sets, and camera movements intensify the emotions and substance of each scenario.  In fact, the film deserves repeat viewings especially to observe Preminger’s mature and ambiguous approach. The director, also well-known for pushing the limits of censorship, includes quite a few erotic undercurrents and weaves an atmosphere of repressed sexuality.

The performances are brilliant all around. More than the actions of central characters – played by Tierney and Andrews – I liked the pertinent dialogue delivery of Clifton Webb and Vincent Price’s portrayal of a bumbling young man (it’s a surprising role considering Price’s later association with cult horror movies). Overall, Laura (88 minutes) is a visually enchanting film-noir that starkly ponders on the nature of obsessive love.

It Must Be Heaven [2019]: 'MAMI' Review - An Absurdist Observational Comedy Wrapped in a Meta-Critic of Political and Societal bounds