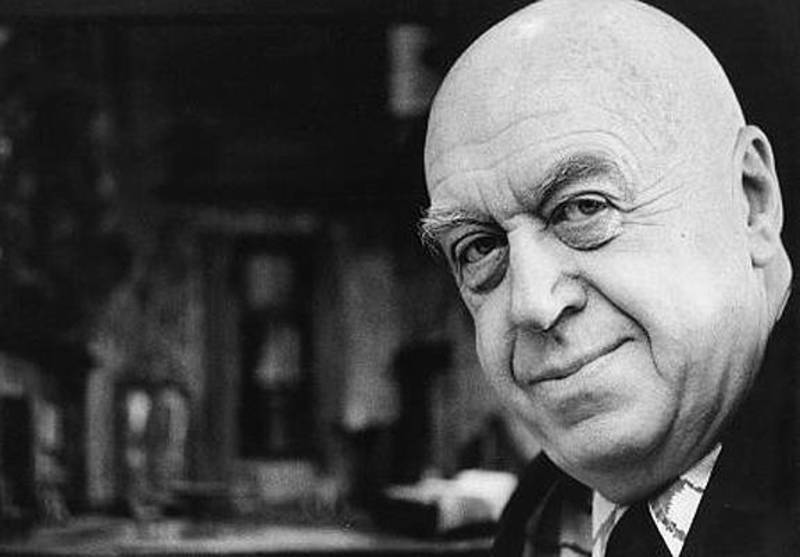 Director Otto Ludwig Preminger was born on December 5th 1905, in Wiznitz, Poland. His father Markus was an eminent lawyer. At the age of ten, Otto Preminger and his family moved to Vienna after facing antisemitism in their provincial town (the Premingers’ are East European Jews), which came under the Austrian Empire. Later, Mr. Markus quickly rose to the position of Chief Prosecutor in the Empire. As a privileged kid, Otto had the chance to read the classics and attend theaters. Although Mr. Preminger studied law, he was interested in acting and at the age of 17 he joined the group of Max Reinhardt, a renowned theatrical producer in Vienna. His acting career didn’t take off much. While attending university, Preminger continued to do some direction and acting. By the age of 25, he became a good seasoned theatrical professional. He earned a law degree plus the position of head of state theater in Vienna (a position he inherited from Reinhardt).

Otto Preminger’s humongous success in theater made him to leave Vienna in October 1935 and look up for opportunities in Broadway and Hollywood. His early artistic success in American theaters was mixed. In 1936, he signed a contract with 20th Century Fox (“Under Your Spell”). But, he didn’t have much success in Hollywood until the production of classic film noir “Laura” in 1944. The great success of the film solidified his reputation and he followed it up with good thrillers like “Whirlpool”, “Fallen Angel” . In the 1950s, Mr. Otto Preminger launched himself as an independent producer and director. His projects in the 1950s constantly created conflicts with Hollywood censorship rules (he also played a vital role in Billy Wilder’s “Stalag 17”).

Otto Preminger isn’t the name often mentioned when listing out the names of important Jewish directors, who fled away from the persecution in their European lands. Fritz Lang, Ernst Lubitsch, Billy Wilder, Max Ophuls, Anatole Litvak, etc made their way to the dreamland and made some of the evergreen cinematic masterpieces. While Otto Preminger’s directorial craft may not be as splendid as that of Lang or Wilder, his contribution to the 1950s Hollywood cinema can’t be underestimated. The well-built, six feet tall Preminger (with a clean-shaven head) was one of the first producers in America to challenge MPAA’s (Motion Picture Association of America) strict production code (this was the HUAC era).

There were restrictions against showing drugs usage or even mention words like ‘abortion’. Preminger’s 1953 movie “The Moon is Blue” dealt with theme of adultery and even released without getting the code approval. He followed it up with “The Man with Golden Arm” (1955) starring Frank Sinatra, which dealt with another incendiary theme of those days: drug addiction. The restrictive code eventually slackened in 1956. Along with actors like Kirk Douglas, Mr. Preminger defied Hollywood’s blacklist on screenwriters (he credited black-listed writer Dalton Trumbo for the script of his 1960 movie Exodus). From the mid 1960’s (after the thriller “Bunny Lake is Missing”), Preminger career fell down as he made one ill-conceived film after another. Nevertheless, in the two decades as producer and director, Mr. Otto Preminger has crafted fascinating, taboos-busting dramas, which doesn’t get much praise these days (may be because Preminger wasn’t much of a auteur; he was neither preoccupied with particular themes nor went after to attain poetic rhythm in visuals – of course the best of his films were more than workman-life efforts).

Here’s my selection of what I think are Mr. Otto Preminger’s must-watch movies: 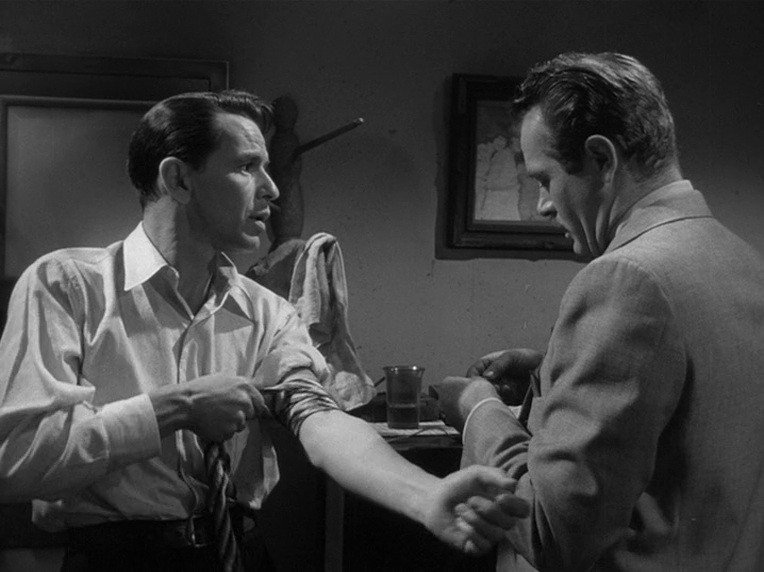 This absurd mandate of Old Hollywood and the America’s growing drug problem were squarely addressed in this historical movie. Otto Preminger took a terrifying look at the despair and descent of an addict (may be not as hard-hitting as to ‘Requiem for Dream’ standards) with the help of a credible performance from Frank Sinatra. I think this is the earlier film to take an introspective look at this disturbing subject. Although Sinatra is too handsome and clean enough to pull out this junkie role, he does tries his best to showcase the manic crave of an addict. Preminger’s lack of sugar-coating keeps him a step above the other main-stream film-makers of the era. Nevertheless, the ending seems to possess that glib, Hollywood element. 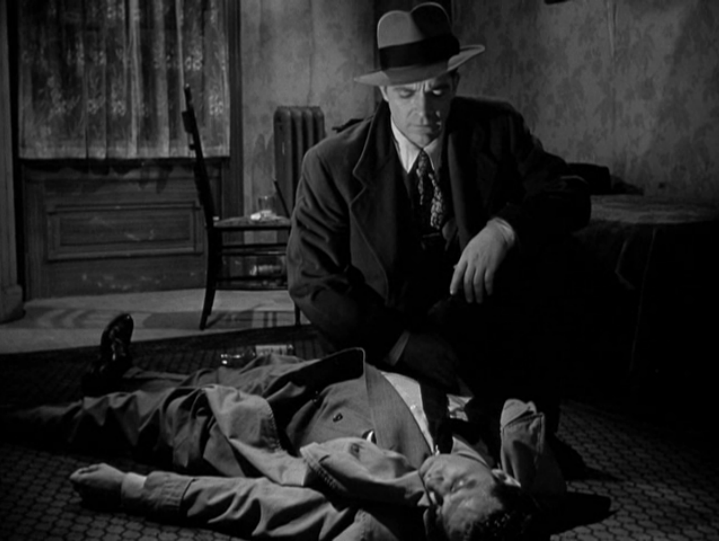 Actor Dana Andrews fourth movie collaboration with director Otto Preminger has, by today’s standards, a banal plot device. Nevertheless, its gorgeously shot frames and well-paced narrative makes it a must watch for movie-lovers (especially noir fans). Andrews, as usual, plays a detective. This character, however, is a troubled one as he tries to cover up an accidental killing. Desperate to find a way out of the cluster, the detective increasingly loses control of the situation. Bewitching actress Gene Tierney (her 3rd film with Otto Preminger) plays the role of Morgan, an exploited wife of a gangster. Those who feel that Preminger’s works never had any poetic sense must watch these noir films. The elegant long takes poetically explored the characters’ less overt feelings. 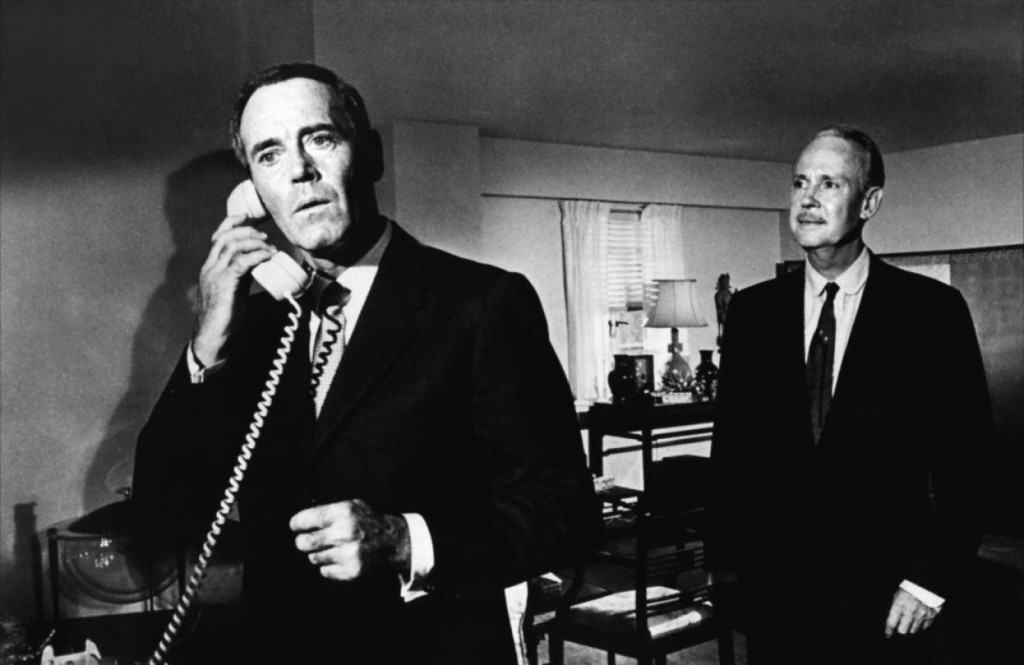 Preminger’s Advise & Consent, based on Allan Dury’s best-selling potboiler, is one of my favorite among the American political dramas. The narrative centers on the seemingly genuine procedure (in US Congress) to decide whether an aide to the President boosted as Secretary of State. The long, arduous process brings the rival veteran politicians to play their fascinating, power games. Although the narrative is heavy on dialogues, the great ensemble cast including Henry Fonda, Charles Laughton, Walter Pidgeon, and Burgess Meredith, doesn’t allow a single dull moment to settle in. It is true that the film is wrought with melodrama and the treatment of homosexual theme is stereotyped (although for that time it would have been explosive) Nevertheless, it is a treat to watch these veteran actors embody the sleazy politicians. 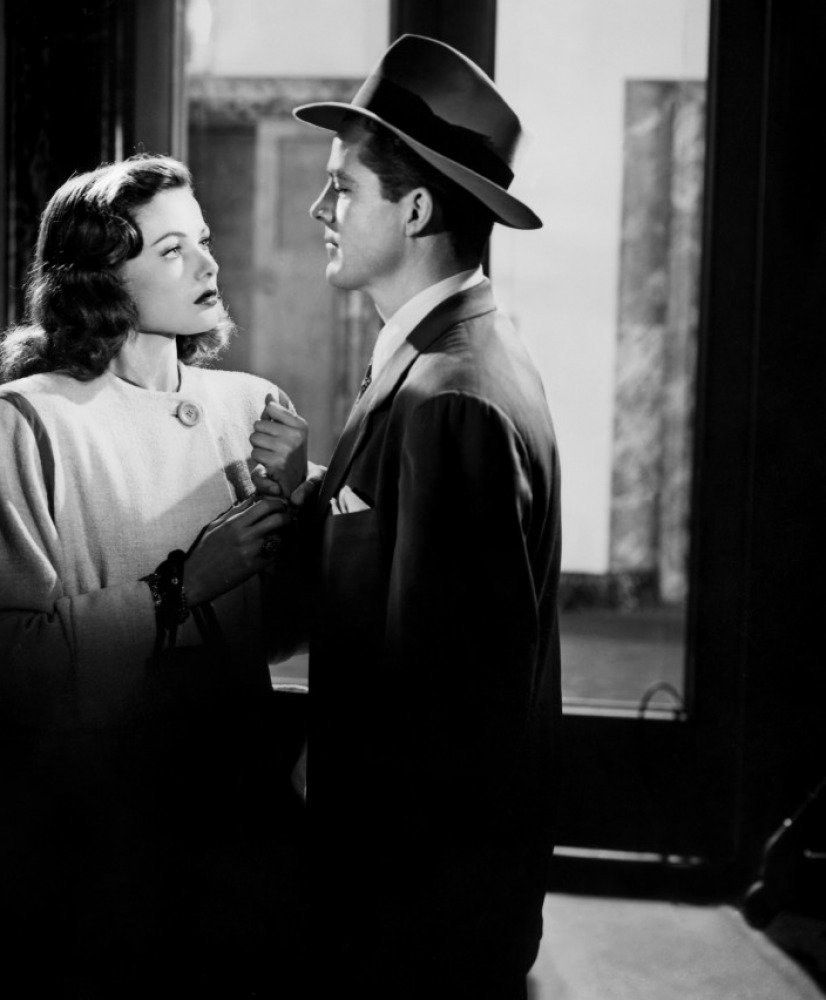 Those who feel that there’s something alluring about the old black-and-white films can’t miss out Preminger’s stylistic noir/mystery/thriller “Laura”. The film has an intricate plot structure (with couple of good twists) and a fantastic cast, including the stunningly beautiful Gene Tieney, Dana Andrews and Clifton Webb (his witty role Waldo brought him a Oscar nomination). Laura is the perfect noir heroine, who exudes a captivating, sensual appeal. And this quality in a noir framework, as expected, leads to obsession and murder. Preminger’s visuals are so elegant (the great among the trademark Noir visuals of shadows and dim lights) and the tension is immaculately built to reach a crescendo. 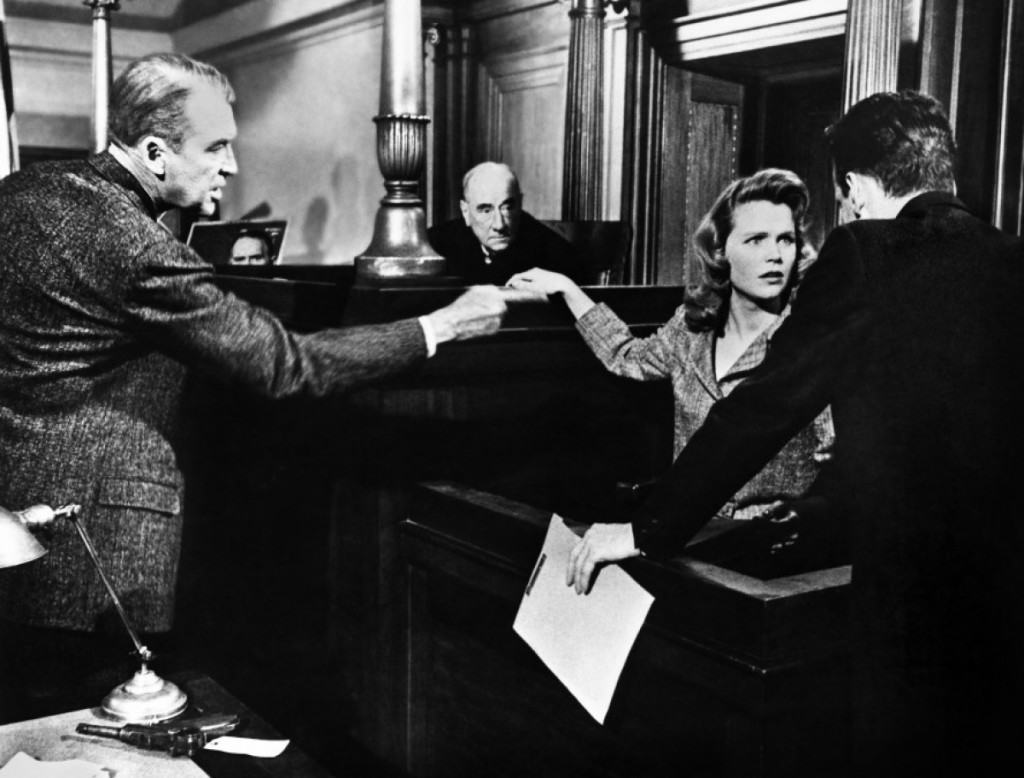 Anatomy of a Murder is without a doubt, one of the best courtroom dramas ever made. The taboo nature of the film’s subject many have caused few controversies, but now these so-called taboo themes are joked over in some late-night TV show. The outrageous nature of this film (many critics cite that the words like ‘sperm’, ‘sexual climax’, ‘bitch’, ‘panties’, etc were first used in this one) may have mellowed out and the twists are something that’s banal by today’s standards. But, still this excellently paced and magnificently performed movie possesses the power to engage and entertain like the masterful contemporary crime/drama. The plot courses through a murder trial, where the defendant (US Army Lieutenant) says he killed the victim (a former Boxer) in a fit of temporary insanity after seeing the victim raping his wife. It is pretty much an open-and-shut case and the defense is handled by a local lawyer named Paul Biegler (James Stewart). Apart from Stewart, the cast includes great actors like Ben Gazzara, Lee Remick, and George C Scott (as the aggressive prosecutor). The ambiguous ending is the wickedly best one for a courtroom drama. Otto Preminger’s steady pace, copious details, and an unflinching take on the realities of justice system makes it the best among of his four decade, uneven career.

Otto Preminger found it difficult to stay on top as the cinematic landscape went through a rapid change in the 1960’s. In the mid 1960’s, he took a break from making star-studded dramas & sprawling epics (“Exodus”, “The Cardinal”) and went on to direct a little mystery/thriller, Bunny Lake is Missing (1965). Although, the movie suffered from a wacky end twist, it happens to be the director’s last good film. The story follows a young mother Ann Lake, who lodges a complaint to police that her 4 year old daughter is missing. The ensuing investigation shows us that the daughter never existed and everyone starts to question Ann’s sanity. The psychological undertones aren’t as great as Psycho (1960) or What Happened to Baby Jane (1962), but it’s a good pulpy thriller.

6 Films To Watch If You Like Day Shift on Netflix