The Tribeca film festival is in its 20th year. The year saw a major shape-shift in the year’s programming game. While few films from 2020 that featured in the festival’s slate but did not get a premiere due to COVID were invited back, the new films saw a mix of in-person screening and Tribeca at Home premieres. Tribeca 2021 roundups are here and in this following article, I would be covering three films: Josh Ruben’s “Werewolves Within,” Andrew Gaynord’s “All My Friends Hate Me,” & Samantha Aldana’s “Shapeless.” 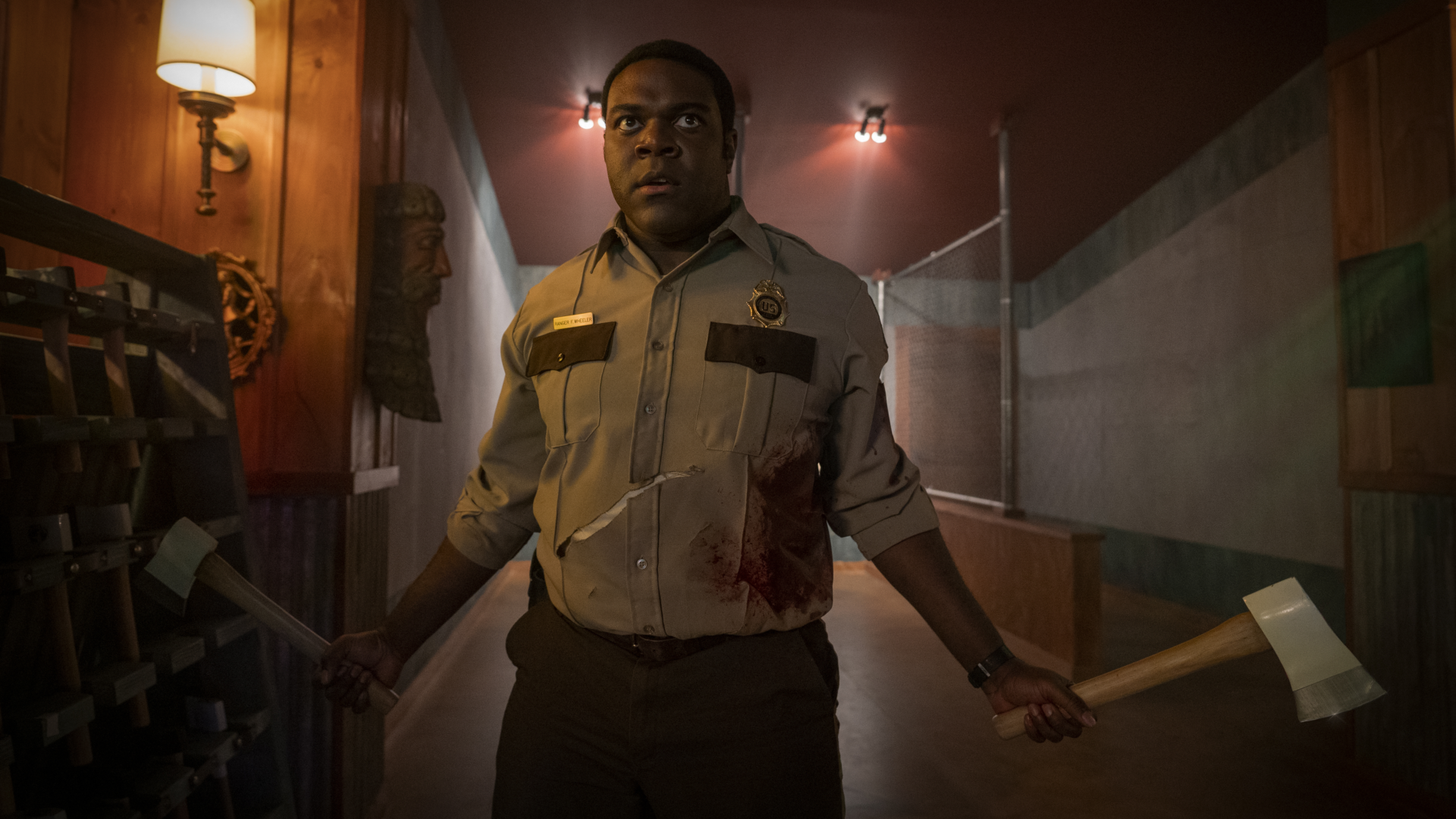 Ruben’s “Werewolves Within” opens with a Mr. Rogers quote about neighbors. Strangely so, it is a rather perfect way to set the tone of this film. Set in a small town where everyone knows everyone, forest ranger Finn (Sam Richardson) is appointed in charge. As he hoists his way into the tight-knit community that includes the sweet-natured mail-person Cecily (Milana Vayntrub), Finn is welcomed with the understanding that the town is divided into people for and against the newly proposed oil pipeline. More so, there’s a mysterious creature on the prowl – a possible werewolf that is triggering the townspeople into confusion.

Coming to the film, Josh Ruben sets his film up quite potently. He endows his narrative with strangely funny characters who are both cute and absurd at the same time. Moreover, he gives them just the right amount of mystery to couple up with the whodunit that forms the film’s central focus. When the townspeople are stuck together in the lodge, this chamber piece becomes a suspenseful tale about who among them is the culprit.

Related to Werewolves Within – Tribeca Review

Ruben manages to keep things engaging with an Edgar Wright-esque, close-cut editing style and a guessing game that might keep you on the edge of your seat. But somewhere in the third act, the film loses sight of the strong subtext of capitalism and the demons within and just becomes a simple genre-fare. Thus, the horror-comedy doesn’t always stick the landing. The bits between Richardson and the real highlight of the film Milana Vayntrub are really sweet and charming, but not everything else works.  As a video-game adaption, Werewolves Within might just be a successful fare, but on a whole, this is a comedy where people randomly say things into thin air and not all of it floats.

All My Friends Hate Me 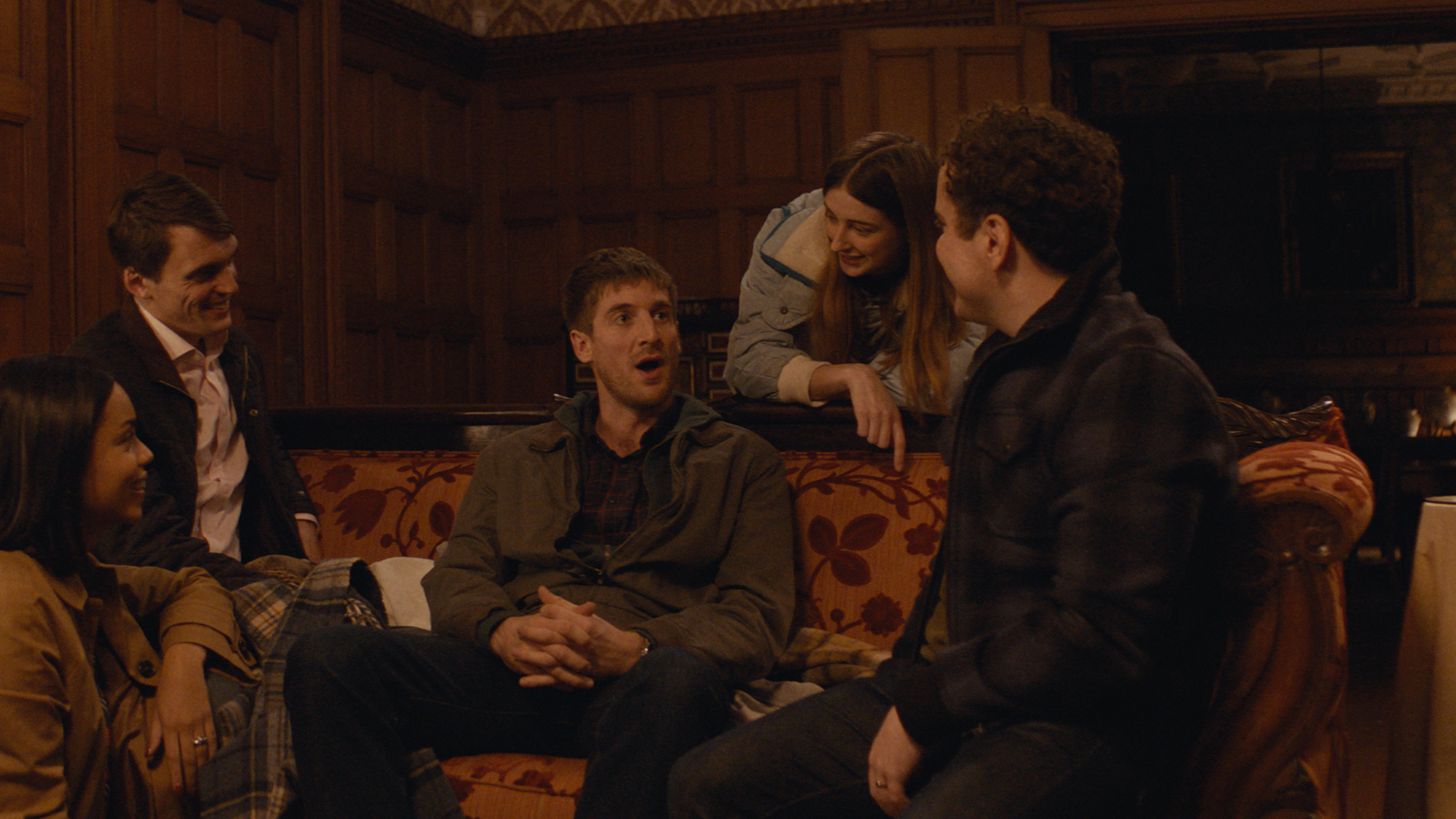 While Pete arrives at the said manor with a pre-conceived notion of partying and trips down memory lane, most of his notions are soon turned into fear and doubts when he finds a stranger joining them for the weekend. “All My Friends Hate Me” plays into the idea of feeling out of place and anxious when your biggest fear comes out in the open. A rigid Pete gets attached to the feeling that all his friends have turned against him and that he is possibly an unwanted entity to this get-together. The nightmare in the film actually steams out from a feeling of being gaslight into submission. Gaynord’s film, which is also billed as a horror, is a darkly comical take on one of the most uncomfortable truths that a  person can face – the fact that everyone you thought liked you – doesn’t.

Related to All My Friends Hate Me – This is not a War Story [2021] Review: A devastating yet knobbly look at PTSD

While the film doesn’t necessarily manage to keep a study motion throughout its runtime and most of the narrative elements feel a tad bit repetitive, “All My Friends Hate Me” grows aggressively uncomfortable without featuring elements of grotesque nature. In a way, this is a film that is a constant juggle between Pete’s paranoia and his friends trying to gaslight him. Which of those things is actually taking place forms the crux of the film. And in spite of its rather predictable finish, the tension that Gaynord creates is well worth the shot. 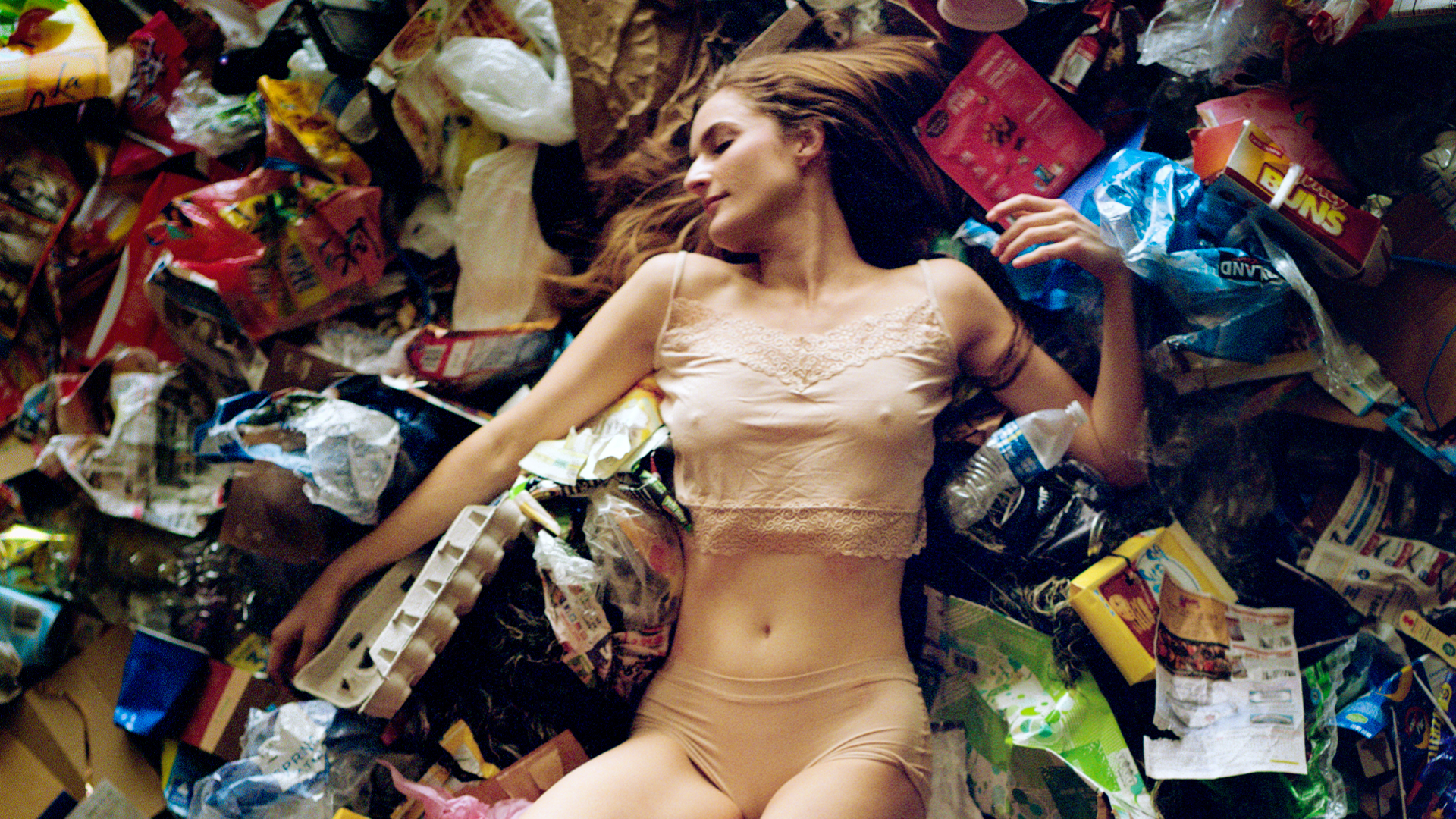 Ivy (Kelly Murtagh) is a singer at a nightclub. Sadly, when she is up on stage, there aren’t many people in front of her. On nights when she is not singing to the tunes of her extremely supportive band, she can be seen sipping cheap liquor and listening to singers who have supposedly made it big. Her day job at the laundromat is her way to make ends meet. It is also a way for her to slip away with the occasional dress for her persona on stage.

However, when she isn’t out there in the world; trying to make it big, she suffers from a strange eating disorder. Actually, her struggle to make ends meet is the least of her worries. The all-consuming eating habit that comes with her starving herself is slowly taking over her and there’s nothing she is able to do about it.

“Shapeless” is an atmospheric body-horror that is both about the demons we carry within us and the constant urge to formulate a fixture of ourselves in front of others. In retrospect, when it becomes hard to maintain this image of us that we have created, the real image hidden within takes over.

Samantha Aldana’s genre-fare is an extremely erratic feature that shouldn’t be taken lightly. It has some very potent things to say about how sometimes the inner struggle is unable to keep up with the outward one and that we are so involved in trying to keep up that we forget how our bodies actually function.

Sadly, Aldana’s “Shapeless” fails to maintain this thematic element in its entirety. Since she focuses so much on the atmosphere and imagery she wants her film to possess, these themes fail to form a cohesive whole. There isn’t much we know about Ivy and her struggle before the said timeline shown in the film, thus leading to her eventual unraveling feel undermined by her own slipping paranoia. The body issues that the film wants to delve into feel subsequently undervalued. Making this debut film a promising start but a flawed attempt at something deeper.

The three titles premiered at the 2021 Tribeca Film Festival.
Click Here for Our Complete Tribeca Coverage