A hiatus is not unheard of in the case of creative people who have their inner compulsions to battle with, who need to decide whether they should make the next film or not. Many offbeat filmmakers appeared to lose steam. Kundan Shah comes to mind first. The auteur who gave us unforgettable Jaane Bhi Do Yaaron (1983) was seen struggling to find a foothold in the choppy waters of commercial cinema with Kabhi Haan Kabhi Naa (1994) starring Shah Rukh Khan and Suchitra Krishnamoorthy. While Kundan Shah remained active behind the camera till his last years, he failed to repeat the earlier magic in the commercial format. This raises the question of whether a filmmaker should stick to the kind of cinema he believes in or make adjustments to stay afloat and keep making all kinds of movies in the hope of finding success.

Many a cinephile lampooned Kundan Shah for his subsequent slippages, but he was sincerely trying to explore the commercial ecosystem because his switch to this zone had fetched him recognition with Kabhi Haan Kabhi Naa (1994). No matter what his critics opined, Kundan Shah remains one the few filmmakers who straddled both the art and commercial cinema world with élan. It is a different story Shah could not repeat the magic formula in his subsequent films that sank without a trace.

Shyam Benegal had earlier shone bright with Ankur (1974), Trikal (1985), Junoon (1978), Manthan (1976), Bhumika (1977), Mammo (1994), Suraj Ka Satwaan Ghoda (1992), Sardari Begum (1996). With Karishma Kapoor starrer Zubeidaa (2001), Benegal entered mainstream Bollywood. He continued his foray with Welcome to Sajjanpur (2008) and Well Done Abba (2009). His switch to Bollywood indicates the emergence of the middle cinema that replaces the art-house cinema of the 70s and 80s. Today, many offbeat subjects meant for serious cinema are explored in mainstream Hindi cinema, to make an appetizing concoction for audiences that want entertainment along with thought-provoking content.

Most inspirational is Shekhar Kapur who made a long journey from Masoom (1983) to Mr. India (1987) to Bandit Queen (1994), showing his wide range of film-making skills that surpasses classification. Before he surprised the world with Academy winner Elizabeth (1998), he showed Indian art filmmakers how seamlessly he blended himself to work in Bollywood as well as Hollywood. 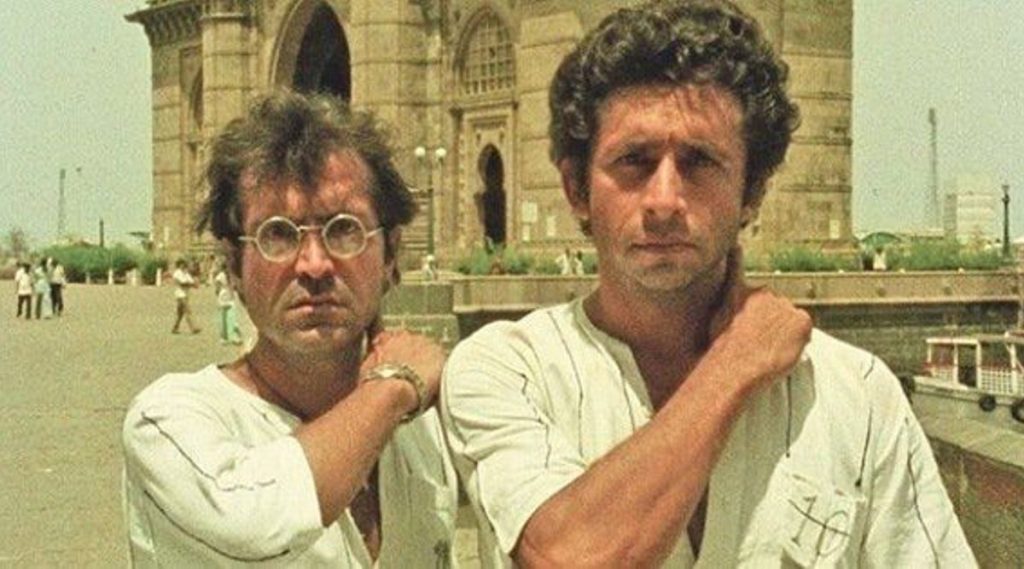 Govind Nihalani comes to mind as another filmmaker who came out of the art house cocoon to try something new with films like Thakshak (1999) starring Tabu and Ajay Devgan, and Dev (2004) with Amitabh Bachchan and Kareena Kapoor. The lack of gripping screenplay is cited as the reason for the failure of these flicks. His previous track record has winners like Ardh Satya (1983), Aakrosh (1980), Party (1984), Aghaat (1985), Drohkaal (1994), Hazar Chaurasi Ki Maa (19982), and Tamas (1988)but his exploration of commercial cinema did not turn the tide for him. That he tried to explore a new kind of cinema deserves appreciation even though commercial success remained elusive.

With leading offbeat directors gradually moving away from art-house cinema in the 9os, Bollywood was ready to give them space. While some directors made a smooth cut, some burnt their fingers, gasped, and collapsed at the marquee. Those who did not enter the fray and stayed restricted in their world with the hope of revival also wasted years of their creative life. Independent films occupied the space vacated by parallel cinema. Film-makers like Gautam Ghose softened themselves and went mainstream with Yatra (2006) starring Nana Patekar and Rekha.

Even though parallel cinema lost appeal, several filmmakers tried to find new space in the reformist Bollywood that was willing to experiment after reaching its nadir in the 80s and 90s. This offered some leeway to directors – to cater to the new, mature audiences who believe cinema has purposes other than entertainment. Bollywood actors willing to showcase their histrionics is another reason why they collaborate with art-house filmmakers who earlier found them unapproachable. Their unfulfilled desire to be a part of meaningful cinema has given birth to middle cinema that is thriving since 2000.

With so many worthwhile stories to tell on screen sourced from literature, literary novels are being turned into films and veteran filmmakers are competing with new-age filmmakers. As the marriage between art and commerce is formalized and consummated, we have directors like Neeraj Ghaywan winning Un Certain Regard Special Prize in Cannes with Masaan (2015). The global art world where we earlier heard names like Mrinal Sen, and Satyajit Ray winning accolades with their films in the competition section is now accessible to mainstream filmmakers from India. From Chetan Anand directed Neecha Nagar (1946) that won the Grand Prize at Cannes Film Festival in the 1940s, Bollywood has rediscovered its lost glory.

Devraj works as a senior copywriter in Kolkata. He writes a monthly column in Borderlessjournal.com based out of Singapore. He has published short fiction in Deccan Herald, The Bombay Review, Assam Tribune, The Statesman.