Šarūnas Bartas’ Frost (2017) is a beautiful road movie. At the same time, it is a war essay. The film proclaims that war is the end of humanity. The film is based on the journey of Rocas and his girlfriend Inga from Vilnius, Lithuania to Donbas, Ukraine, to deliver food and other supplies. Rocas takes on the task at the request of a friend. The journey is from peace to rebellion. Or from life to death. Because war is death. Šarūnas Bartas has made this road movie a beautiful film by combining the people and events they encounter during this journey. The film also brings out the roots of the contemporary Russian-Ukrainian conflict. Picture and history convince us that the Russian-Ukrainian conflict did not happen suddenly. Five years after the film’s release, the Russian-Ukrainian conflict escalated into a war.

Although the Russian-Ukrainian conflict has been going on for years, the current conflict is set to begin in 2014. The conflict began with the defeat of the pro-Russian government led by Viktor Yanukovych in the 2014 elections and the victory of the pro-Western coalition led by Selensky. Russia has since begun to support pro-Russian Ukrainian rebels fighting in the Donbas region. Russia also sent troops to Crimea. This is how the Russian-Ukrainian conflict began. The Western alliance took this opportunity to increase its influence in Ukraine and thereby put Russia on the line. The current war is its natural development.

But war is like a chicken coop. They give endless pain to the hens that cut the limbs while it charms the spectators and the bookies. Every war presents man with death or slavery. The happiness of the winners is just a myth. Those who enjoy watching colorful videos of the war on television’s colorful “curtains” and discussing the victories and mistakes of the war, and the war strategists, can say little about the widespread patches of men and warriors living on the battlefield. Stories of human beings running for miles without water or food for their lives will continue in the pink media after the war. It’s irrelevant to the horoscopes of the crowds covering huge pits with bulldozers or the pain of their dependent family members.

The film should be approached in this context.

Rocas is on his way to deliver supplies to troubled Ukraine. The mission was entrusted to Rocas by a friend. He entrusts this mission to Rocas because he does not have time to go. Not only that but there is also a human side to it that may have fascinated Rocas. For Rocas, war was something he had never seen before. There is also a slight curiosity behind this journey to know what it is. But before that, there are many crossings to cross. One of these is the Lithuanian-Polish border. Although there are enough documents, it is difficult to go through without influence. The friend himself had prepared the documents and other facilities for the people to go through all this. 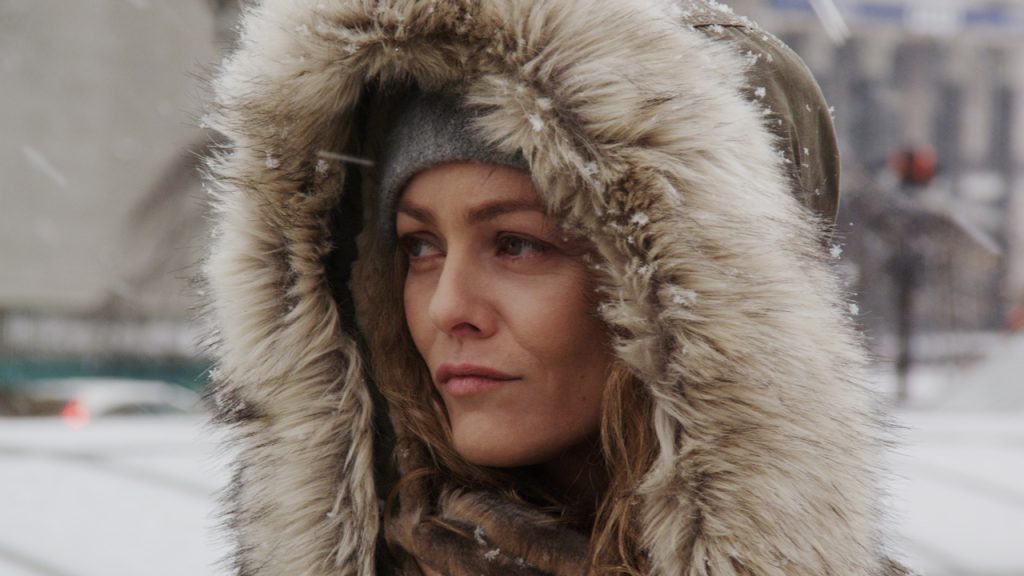 There are many movies that are about war. Elam Klimov’s Russian film “Come and See” is considered by the film world a classic. Frost (2017) a film that accurately portrays the horrors of war. Feng Xiaoang’s film “Assemblies” is equally popular. The assembly shows the depth of human love for war. But Šarūnas Bartas says war is not a festival of sight. The horror scenes of the war are therefore not present in Šarūnas Bartas’ Frost (2017). But Šarūnas Bartas is creating a terrible atmosphere of war. Rocas travels with his girlfriend through the cold and frosty atmosphere. There are half-destroyed buildings in the street. There are signs indicating minefields. There are rows of rushing tanks, military vehicles, and armed soldiers. By creating such an environment, Šarūnas Bartas is relentlessly exposing the horrors of war. He shows us flakes of blood flowing through the ice.

Rocas and his girlfriend face their first crisis when they lose their GPS at the beginning of the journey. After that, when they reach their first destination, Andre, who was engaged to help them and give them the help they need, disappeared without informing them, and Rocas and his girlfriend lose their “right way”. Šarūnas Bartas points out that humanity does not need direct indicators and that human beings are waiting for love and care wherever they go. That’s why Rocas was able to move forward without making a mistake. Later, they meet Andre with the journalists.

Rocas’ journey has never been easier. They are often detained by soldiers. There are even times when the army shoots them. Their bullet-riddled tire, however, recognizes Rocas’ mission, and they say they can fix it themselves, and the soldiers give them space to sleep that day.

Rocas occasionally asks the soldiers who captured them what role the army plays in the war. The same soldiers who say that they must protect their country when their country is in danger are also worried that Imperialism is more violent and that I want peace. Subsequent events will convince us of the futility of war. At the same time, these conversations put forward Bertha’s views on imperialism. It is the soldier himself who describes Ukraine as a strategically important place for the imperialists, Bartas shows us his view about the imperialist agenda of the Russian-Ukrainian conflict.

The soldiers testified that burying the bodies is one of the greatest tragedies. Corpses have no countries. They have no name or mark. Borders and identity cards do not bother them. They only have a specific smell. What greater battle could there be than to find and bury the stinking corpses that accumulate at the end of wars? 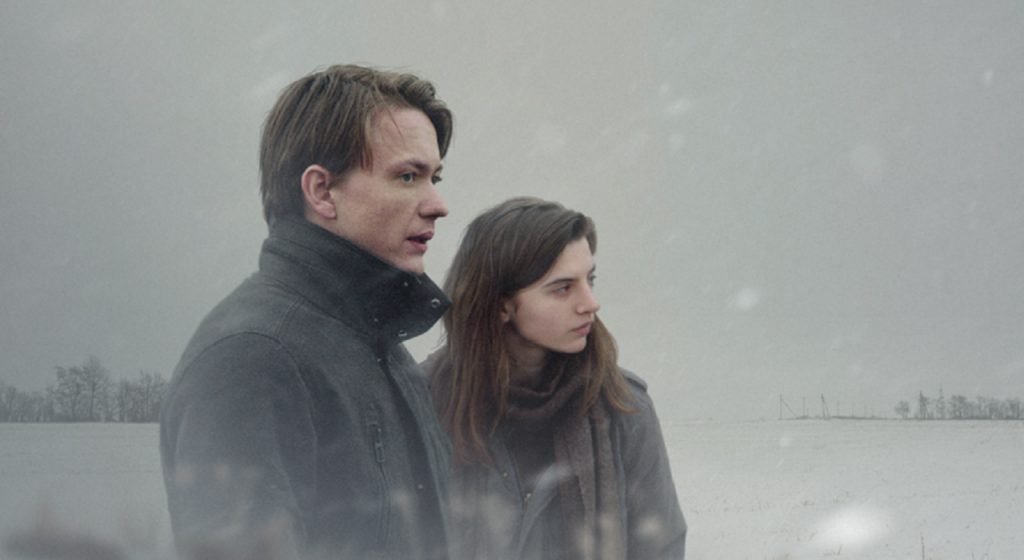 In the “Burmese Harp” of Kon Ichikawa, there is a Buddhist monk who tries to bury the dead. He was previously a soldier. When his army was defeated in battle, huge mounds of corpses appeared in front of him which turned him into a monk. Friends find him and call him back, but he disappears, saying that his mission is to bury the bodies and that he will come back later. The biggest contradiction was that his job in the army was to play the harp (a type of musical instrument) to boost the morale of soldiers in battle. By changing a soldier who reads the harp to a monk, Ichikawa indicates that there is no great distance from music to peace. Frost (2017) also mentions the burial of corpses.

Rocas, who arrived at his second base, was spending the night with a few journalists. At that party, which shows us what wartime journalism is, Rocas spends an entire night with a girl talking about love and life. Rocas later found out that his girlfriend was dating a journalist. Through this reunion, Šarūnas Bartas shows us the hypocrisy of the Western media who enjoy the news of war at the luxury hotel.

Šarūnas Bartas argues that such an atmosphere existed long before the Ukraine-Russia conflict reached its present state. During a question-and-answer session after the film’s press screening, Šarūnas Bartas says, “Some people call it a crisis or something, but this is a war, this is a real war, and although it has not been officially announced, it’s all smoking there.”

Five years after Bartas said this in 2017, the fact that the war has become a reality shows Bartas’ foresight.

At the end of the film, the camera moves back from the earth to the sky and shows the earth and its people moving slightly. Šarūnas Bartas concludes the film with a hint of how small man is on this vast earth.

Šarūnas Bartas is a Lithuanian director. He graduated from the prestigious Gerasimov Institute of Cinematography in the former Soviet Union (now Russia) and is one of the most famous directors in Lithuania. His first film, Three Days, was released after the collapse of the Soviet Union in 1991. Most of Šarūnas Bartas’s films use silence most beautifully, proclaiming the power of silence rather than dialogue. They tell the story of a wider world beyond narrow nationalism. His films are not confined to the borders of a country.