Home»Articles»Masculinity and Ignorance as themes in neo-noirs: Taxi Driver, Chinatown, and Drive
Articles/Essays

Frank Krutnik identifies three types of noirs that feature a male protagonist in a certain form of masculinity. There is the man as a professional (most likely in a respectable job like that of a detective) who does his job and restores order in a lawless world. The man as an inferior everyday person who needs to restore himself as separate and greater than institutions around him and then there is the man who is against the law (Krutnik, 2001, p. 86).

All three forms of masculinity contain paradoxes that enable conflict within the narrative of the film. In fact, the parallel building between Freudian theory and cinema studies in the chapter ‘Masculinity and its discontents’ in Krutnik’s book may very well be read as proof that cinema, and noir cinema especially, has sublime qualities that concern themselves with the way people are then merely being a genre which is central to some artistic or creative fascination with crime and such. Instead, it is more than that and deeply psychological.

Chinatown features a male protagonist who is a private detective, one who had ties with the LA police but doesn’t anymore for reasons unexplained. Further, he remains in a position separate from the police, but also actively works in investigation and exploring infidelity (quite literally sexual surveillance), so implying as too wayward to fit into the police system as another cog in the machine, but also too morally above everyone else as he deems the task of uncovering sexual waywardness in society as his place to uncover. 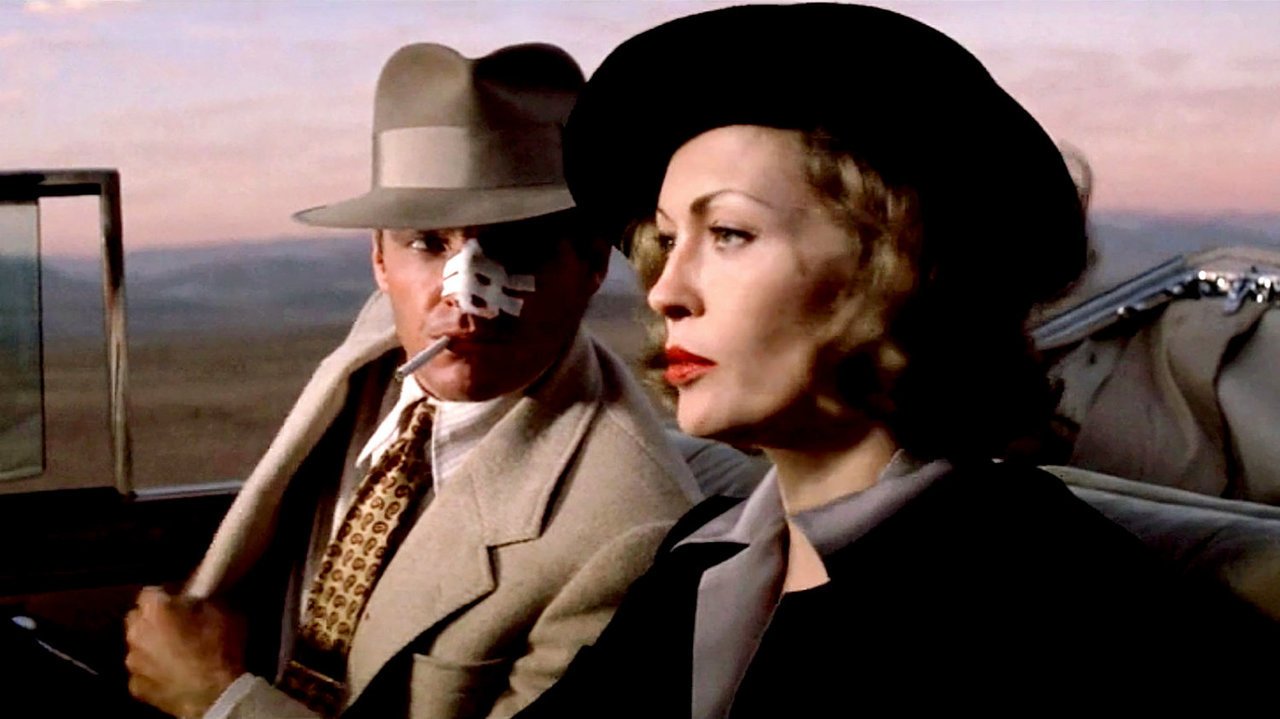 The film places him as an anti-hero, by seeming to situate the idea of the hero as outdated. The police as imbeciles who are hot-headed, or the bureaucrats who are corrupt, the rich landowners as living lavishly at the cost of actual lives who feel no remorse make Gittes’ position in the film as seemingly tame in comparison to the institutions around him. Whatever that may be deemed redeemable in him then, may just be how his masculinity is tied to his ability to seek some justice that is above the law (Lisle, 2012).

This is one form of ignorance. The fact that he would engage in sexual relations with someone who he was investigating as having committed infidelity, to reach some grander truth about who she is and what she has been subject to seems to justify his own misdeeds in a world that is already corrupt. Him as merely playing along to the rules of the game places him and his masculinity in some position that implies that he was smarter than all of them at the get-go.

Related to Masculinity in Noirs – TAXI DRIVER [1976]: AN EXISTENTIAL RIDE

Taxi Driver features a male protagonist who also struggles to fit in someplace in society, but moreover, his inability to fit in is telling of the structure of society as such – that it is all superficial, based on wealth, and thrives on inequality and exploitation occurring in every strata society. He is in some way proud of who he is as he constantly critiques everyone in New York City and is actively hostile towards any kind of Other – the African-American community, the poor, the rich, and women. And yet, in his distaste for the Other, he desires them so. He desires the status of the rich white people but is also deeply insecure about how not ‘hip’ he is when he hangs around ghettos.

His hypocrisy stems from his ignorance. He is ignorant of where his existential dread and tone ( inspired by the existential dread in Dostoevsky’s literature) comes from.  He is alienated because of having being born into a world of poverty, consumerism, superficiality, the ever-evolving cityscape that demands a dissociation from a reality that is produced by-product relations, and his ignorance allows him to rely on hyper-masculinity as the answer. This hyper-masculinity is one that relies on ancient ideals of heroic behaviors, such as being a literal knight who rescues princesses or wiping out invaders and Others.  While his ignorance laid the foundation for his descent into hyper-masculinity, it also leads to his descent into madness. Scorsese has even described Taxi Driver as a prime example of masculinity at its ultimate end – violent and reckless. 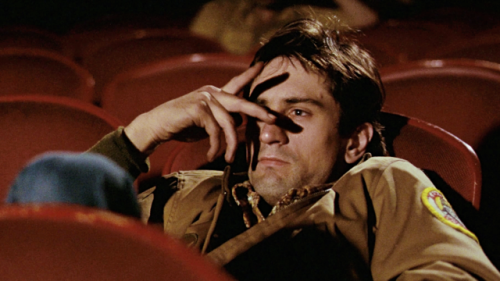 The whore/Madonna complex is apparent in his interaction between Betsy (portrayed in an angelic and dreamy manner) and Iris (the clumsy and loud prostitute). Schrader and Scorsese are said to have derived the inspiration for a masculine character who is obsessed with rescuing such women from Western films, which also exhibit tropes of masculinity and power that sustained through other cinematic genres and movements. Betsy even calls him a ‘walking contradiction’ at some point in the film.

The references to the masculine white man in Westerns and the new urban threats to masculinity and Whiteness as inspiration for the city cowboy Travis, can be better understood in reference to Megan Abbott’s book ‘The Street Was Mine: White Masculinity in Hardboiled Fiction and Film Noir’ which explores the evolution of the ‘tough guy’ character in hard-boiled detective fiction into noir. She states that the ‘tough guy’ in literature was ‘hyper-macho’ and could take on a mob, or even ‘the Russians’, but the hard-boiled heroes aren’t so tough and are in a state of ‘gender panic’ (Adams, 2018).

This is because the historical context of when such fiction was being produced in literature and then cinema is due to the change in society where being White was no longer sustainable as a guarantee of privilege, that women were coming into their own, and that public and private spaces were no longer the same either. Original noir films never portrayed the gender panic they felt overtly, the men still maintained their toughness. Neo-noirs never shied away from objectively critiquing it, just as Scorsese took the concept to its extreme to do so.

Drive features a male protagonist who is silent, nameless, and not noticeable. The tough guy of a new neo-noir is sophisticated. His masculinity is at first glance rooted in mystery and silence, which is contrasting to the film’s rather loud, glaringly neon visuals and framing. His origins and his motives are mysterious, but his actions quite literally speak louder than his words. Parallels can be made to a medieval story of King Arthur whose love is chaste and honorable but ends unfulfilled (Korola, 2013).

The modern reading of such a story is that even goodness will not last in this cruel world. Drive is unabashedly violent and that makes the pivotal scene of the Driver pulling Irene behind him in slow motion the most emotional and pure moment in the entire film. If Irene is passive despite the whole film being depended on her, that makes the Driver an active player. His actions are immediately masculine in the way that he has no morals and will participate in heists despite maintaining that he is above them. But his masculinity becomes inherently active when by the end of the film, his apathy dissolves into some pining and longing for something with Irene despite never really getting close to her.

Krutnik’s ideas of masculinity in noir films have given us insights into the psyche of the male characters in noirs, but neo-noir readings come from an age which understands that the context of neo-noirs are birthed from social psyches and that neo-noirs are noir in the styles  of noir and elements of noir that are still highly debatable and hence quite flexible to adapt, but the ‘neo’ in this noirs come from how masculinity has been redefined in the modern world.

How Spike Jonze's Her Examines the Feminine Side of a Man