More than Blood and Guts: Symbolism in Horror

Over the years, the horror genre has been given a lot of hate. Over preconceived ideas of it being “mindless violence” or “unnecessarily grotesque”. While this may be the case for some films, the horror genre is actually much deeper and meaningful than it gets credit for. With a sudden surge of popularity at the box office, horror is finding its way back into pop-culture, raising questions about the content once again. Some find it vulgar. Others would call it art. Horror is a very divisive genre, but the truth is, there is a lot to be learned by it. Monsters and villains can be used to represent deeper themes and really make you think. A true master of horror can make you interpret a concept or character as a much broader idea, and really get into your head, to spread a message. Here are my picks for some of the best examples of symbolic horror, in both literature and film.

IT (2017), Pennywise: Childhood Fear and Trauma 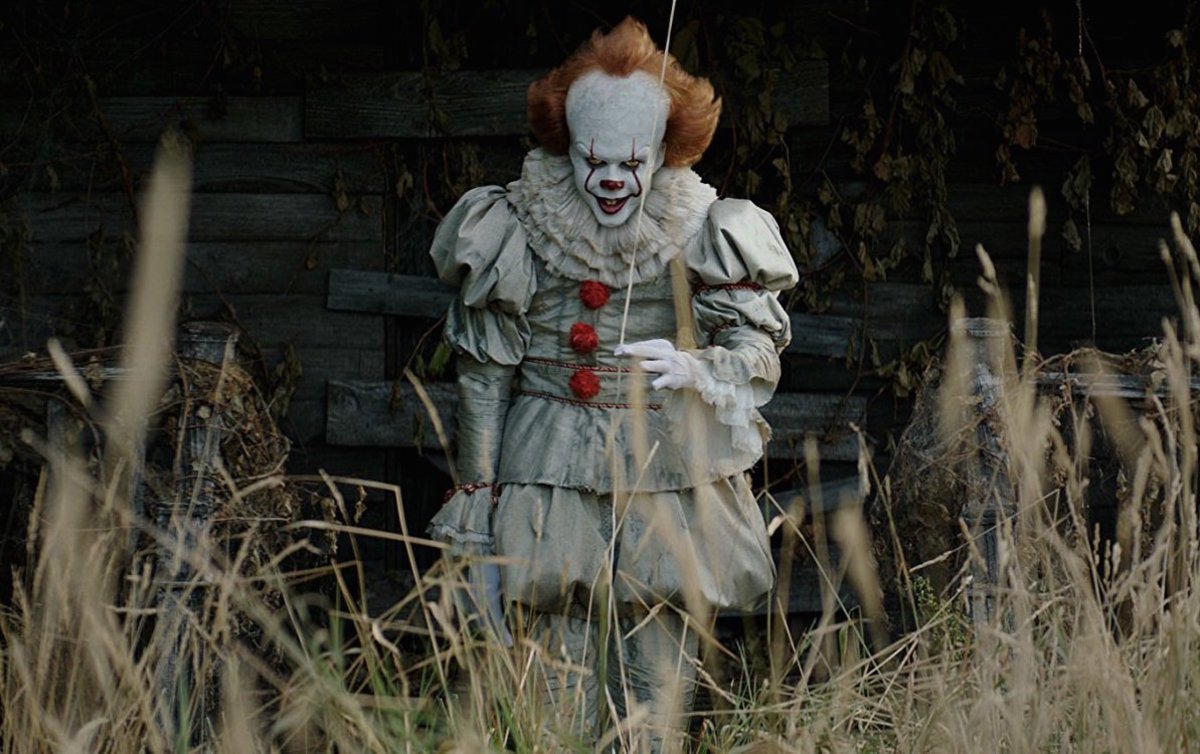 Naturally, the king of horror himself, Stephen King, would have to make an appearance. King’s IT has remained in mainstream horror for so long, as a timeless novel, and a recent box-office goldmine, for its human themes, and horrific ideas. The entire story is one big metaphor for growing up, and the fears that hold you back, and follow you through life. Pennywise is a manifestation of the darkness in the town of Derry, as it feeds on the children’s fear. The fears from both the novel and film can range from something goofy and irrational like fictional monsters, such as The Mummy or The Wolfman, to real-life issues, like child-abuse or bullying.

This is the genius of Stephen King. He weaves this fantastical tale of monsters and magic, but at its core, it is more of a study of childhood innocence and friendship. The kids in the story protect each other, but they can only do that for so long. They go their separate ways, and “IT” comes back, stronger than ever (a clear representation of how grief, abuse, and bullying can follow a child through the course of their life). While it does have a happy ending, Pennywise lives in readers’ consciousness, as one of the most chilling representations of fear, in all of storytelling. 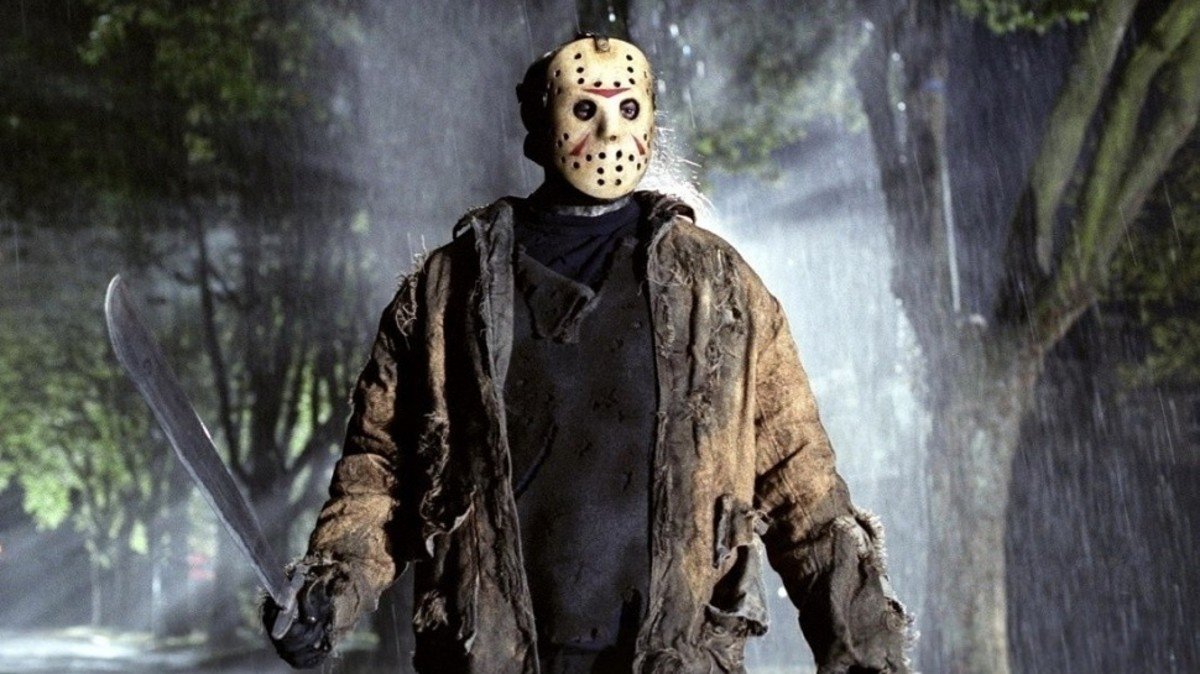 The Friday the 13th movies may not be among the most intelligent horror series’ out there, but there is no denying that the franchise has one of the most iconic villains ever put to screen. One of the dumbest, cheesiest film-franchises of the ’80s, these movies are the primary target for the argument of horror being “mindless violence”. However, even a series as cheaply made and poorly-written as this, has something to say; and that is part of the reason why fans enjoy it so much. You never feel bad for the victims in these movies, and that is part of the fun. But why is that? There are so many horror films where you want to see the heroes win; but the hook of Friday the 13th, is that there are no heroes.

This is because Jason is somewhat of a dark, almost Christ kind of figure. He punishes teenagers for their sins. If a character is caught drinking, doing drugs, or having sex, Jason is waiting around the corner to kill them. We, as an audience, accept that and consider it fair. Of course, there is one character in each film, pure of heart, and good-minded, who will eventually take him down. The logic and lore of the Friday the 13th films may be ever-changing and confusing, but one thing has always remained the same: Jason Voorhees is a figure that stands for doing the right thing. He is a murdering, zombified-PSA. And that is one thing that the directors and writers of the series have always gotten right. 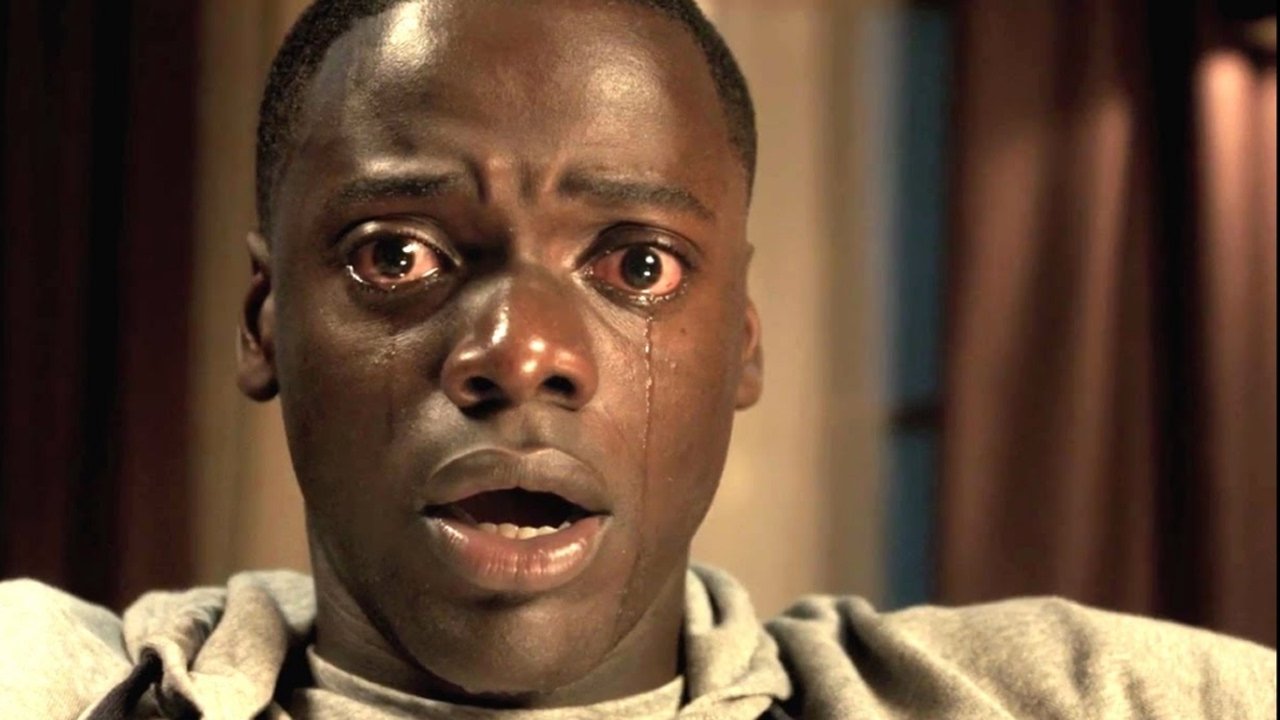 In 2017, actor/comedian Jordan Peele turned heads at his highly acclaimed horror film, Get Out. Writing and directing this modern-masterpiece and future classic, Peele showed a very strong understanding for how the genre can be used to spread a powerful message. In this case, the film is very much an allegory for racism and the black experience. We are introduced to the protagonist, Chris, going to meet his girlfriend’s parents. As the trip goes on, the layers are pulled back, revealing a sinister plot; of the white, rich family, brainwashing and exploiting young black males and other black characters, in an extremely unique and captivating twist to the normal psychological-thriller. Rather than having the family simply kill the victims, Jordan Peele depicts this family as a very power-hungry group, using black victims as a business, brainwashing them and essentially selling their bodies to other rich white buyers.

Related Read To Horror Genre Films: Get Out (2017): Stay Woke Or Sink The Floor

The entire premise is sick enough to truly sit with you, but sophisticated and original enough to create a lasting effect, thematically. Like all great horror creators though, Jordan Peele uses a specific and memorable image to convey his message visually. This is, of course, the now iconic “Sunken Place”. Essentially a dark void where the victims of the brainwashing go, this simple, yet effective image, perfectly captures what this film is all about, and it is nothing short of brilliant. The black inhabitants feel utterly powerless, much like how racism in society holds people of color back. This is a sad reality, and Peele capitalizes on this to spread a much-needed and lasting message. This is simple, yet effective storytelling. 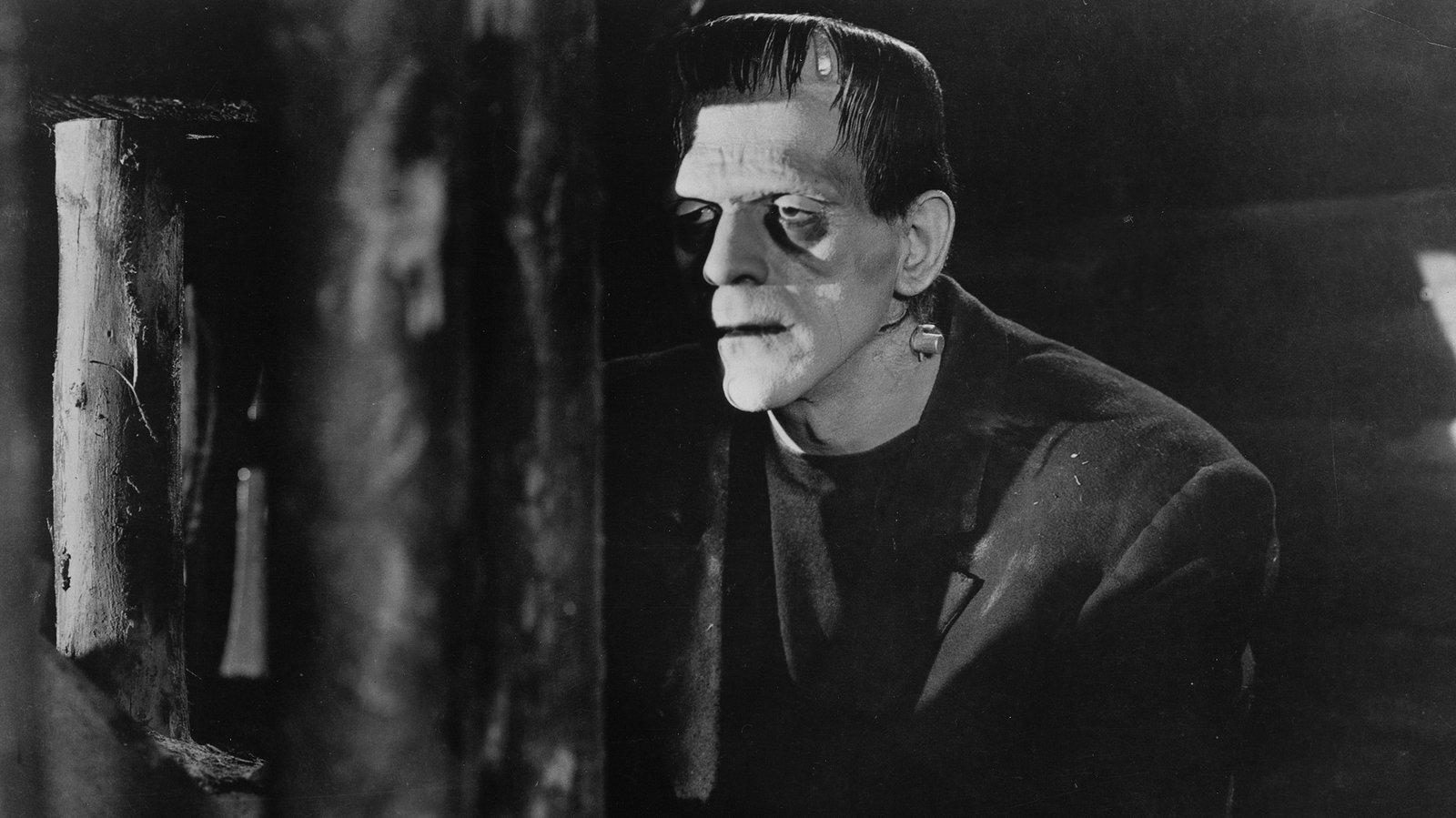 One of the oldest and most prominent figures in all of storytelling, this monster continues to resonate with audiences all these years later, as a heartbreaking symbol of hatred-fueled self-loathing and loneliness. Cast out by the townspeople and it’s creator for being a monster, Frankenstein is never given a fair chance, and that is how a lot of people feel about society. People can be judged and hated for things as shallow as the way they look or dress, and that is what this story understands and conveys so well. Humans can be unreasonably cruel; particularly to people who do not fit into the accepted normalcy of society. The people are the true villains of this story, and that is a great take on the conventions of a monster story, in and of itself.

This tale gave people a sympathetic monster, and a character that outsiders could relate to; which is not uncommon now in horror, seeing as the target demographic generally consists of people struggling to find their place and identity, so they turn to monsters and horror stories to help them. There is really something quite special in that. No matter where you come from, what you believe in, or how you look, this character, who is primarily looked at as a villainous creature (which is false), can actually act as sort of a comforting symbol. Frankenstein’s monster is important for so many reasons, but it is the simplicity of what it represents that makes the character everlasting. 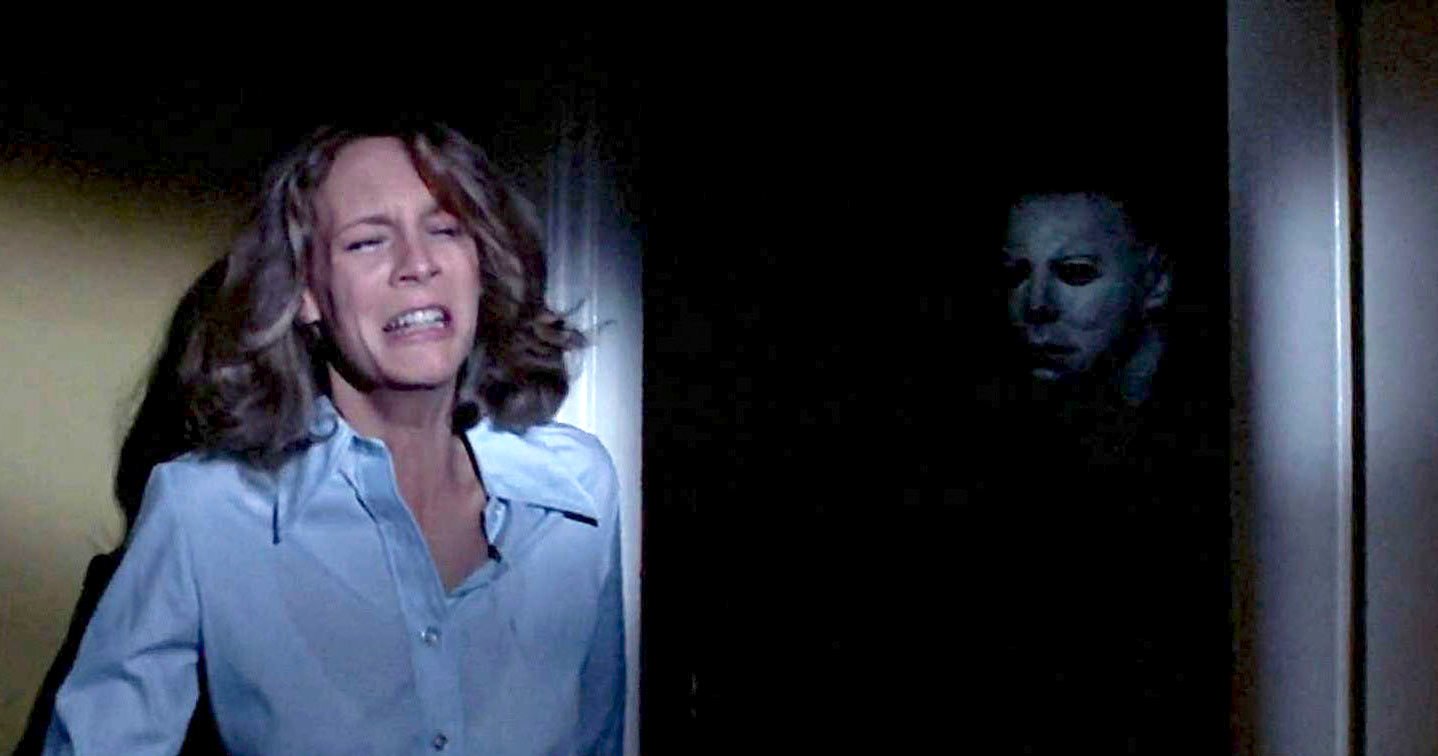 Silent, patient, and eerily emotionless, John Carpenter’s immortal 1978 classic, Halloween, gave birth to one of the scariest movie villains ever put to film. From chilling descriptions of him having: “The blackest eyes…the Devil’s eyes”, to the ominous names like The Shape and The Boogeyman, Michael Myers is instantly memorable. Everyone points to the film for its standout score, cinematography, seasonal atmosphere, and tension; but I think the biggest accomplishment of Carpenters’ inside of the film is just how well he transforms this very cheesy trope of a masked killer, into something much more sinister and profound.

This is death personified, in a suburban setting, and it just makes for an imposing and haunting figure. The fear of the unknown is a typical thing in horror, but the fear of inevitable death is much more real, on a very basic human level. This villain walks at his own pace, but will eventually catch up, and there is something really unnerving about that. He will take his time, and then slowly, without any remorse, take you out; much like death itself, and Carpenter understands that and portrays it extremely well on-screen. 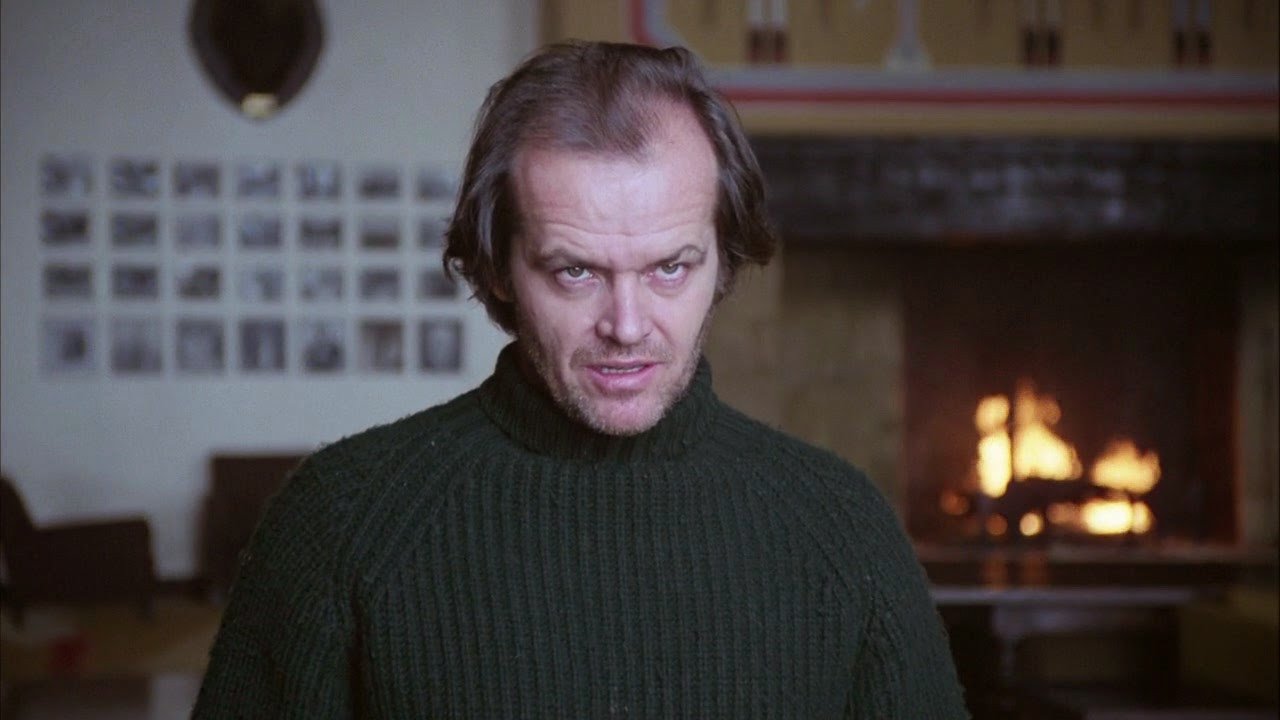 One of the most discussed and highly-influential horror stories/films of all-time, The Shining remains a timeless classic, for it’s very human themes inside of a supernatural tale. That is why this story works, and that is why Stephen King is the genius storyteller that he is. This is a psychological-thriller, dressed as a ghost story, while at its core, a strong narrative of a family, consumed by the father’s past problems with alcoholism. We follow a newly sober writer, as he takes his family to a remote hotel for the winter, as a grounds-keeping job/writing opportunity. However, by stepping into the Overlook Hotel, Jack Torrance is also stepping back into his alcoholic past. The evil entity and ghosts of the hotel slowly corrupt Jack, just like his old addiction, as he begins to act violently towards his family; resulting in a complete mental breakdown. While the connections to the hotel and Jack’s alcoholism are not explored as thoroughly in Stanley Kubrick’s classic 1980 adaptation (as it deals with more of the supernatural aspects of the story), these themes are still relevant throughout the film, with the Overlook still being a clear analogy for the control that alcoholism has over the Torrance family.

King and Kubrick both do a phenomenal job at expressing this very intimate and personal human struggle, while still presenting a scary and original story; and that is what The Shining is really all about. The notion of Jack’s abusive and addiction-riddled past coming back to haunt the family, looms as deeply over this story, as any ghost or spirit does; and that is the brilliance of both the book and film. This is what happens when creative minds meet the horror genre. It can be more than blood and guts. Horror genre is an art form just like any other vessel of storytelling; all it takes is an inventive creator and an audience that is willing to read between the lines. As I demonstrated, horror can be used to invoke many different emotions, but most of all, it can be used to teach. By using storytelling, an author, director, etc; can spread awareness, and touch on human issues, or even just tell a more compelling story through symbolism. After all: “Fiction is the truth inside the lie” – Stephen King

A Critical Examination of The Sopranos

More than Blood and Guts: Symbolism in Horror