With the changing landscape of traditional horror films, filmmakers and studios have started playing with the genre as of late. It is only a welcome change that a big load of senseless horror movies has now been forced to have a semblance of a theme and are mostly grounded in realistic situations. The fact that the genre allows horror filmmakers to really delve into their deepest desires and satiate their inner demons gives us, the audience, some of the best the genre has to offer. The horror movies of 2020 were all about presenting contemporary issues within the streamline of a demonic narrative arc.

The following list encompasses those horror movies of 2020 that don’t necessarily follow the ‘scary’ bracket but somehow terrify, leave their trace and haunt you forever.

Consider it as a mix of Peele’s Get Out, Karyn Kusama’s The Invitation, and Aster’s Midsommar set in an apartment building. While not as subtext-heavy as Get Out and Midsommar, nor as unpredictable as The Invitation, 1BR is still a pretty great time.

There are interesting ideas thrown into the mix, uplifting the film every single time it corners itself into trouble. Nicole Brydon Bloom’s turn as Sarah is one of the major pluses here. She serves as the perfect kick for the drama to work upon. Her inability to get herself out of the mess she gets into is well-balanced with her overall stilted persona.

Amelia Moses’s debut feature film uses the familiar setting of a secluded cabin. That is only until she sprungs out the invasion out of it. In “Bleed With Me”, the invasion is internal. She focuses her horror on insecurities and anxieties that may come out of the best of female friendships.

Recovering from their respective traumas, this vacation in the story turns uphill when the meek Rowan (producer Lee Marshall) is convinced that her friend  Emily (Lauren Beatty) is drugging and stealing her blood in her sleep. Full of ambiguous proceedings and a dreamy, escapists atmosphere of dread, this debut feature is well worth seeking out. 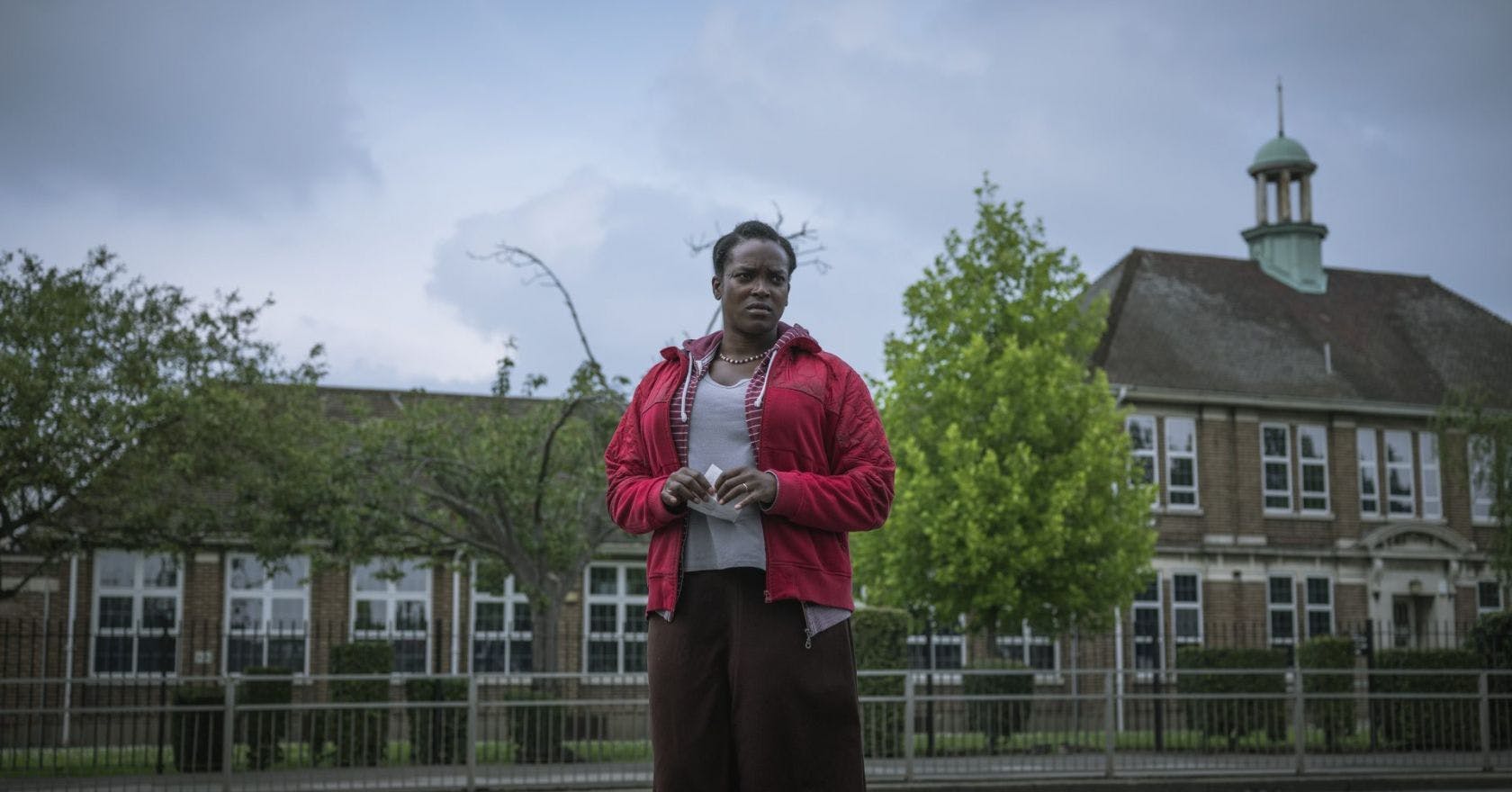 Remi Weekes’ “His House” has to one of the best horror movies of 2020 to have come out of the Netflix canyon. While a little too on the nose with its metaphors along with a dreadful procurement that would have used a little more scope, the film serves as a strangely accurate portrayal of going through the refugee experience.

Following the life of a couple that escapes the clutches of a war-torn Sudan for the prospects of a better life, the film is about the horrific experience that comes with their traumas and wrong decisions. The evil in the film is a representation of the evil that we have to live with when trying to fix something that has destroyed us forever.

Related to Horror Movies of 2020 – House of My Fathers [2018]: ‘MAMI’ Review – An Allegorical Tale on Diverse Events from Sri Lankan History

Watch His House on Netflix

“Host” is scary. Scary because it plays out like one of our regular video calls in quarantine times. There is no way one can imagine how Rob Savage would serve us the dose of pure evil over the internet but when he does, it doesn’t feel implausible for a single instance. The fact that the happenings in the film can actually take place, makes it all the more effective as a horror film.

As far as screen thrillers are concerned, the 57 minutes long film follows six friends who plan to have an online séance only to be haunted by an evil spirit that gets called on by mistake. Savage uses web cameras to indulge in an ingenious horror film that’s fueled by current human situations.

Using prevalent horror tropes to internalize and exemplify the political discourse in the country, Jayro Bustamante cleverly subverts the pathos of both a horror film and a politically charged narrative. Painting a horrific image about the aftermaths of a dictatorship.

Following the chaotic lives of an aging war criminal who unleashed genocide on the unaware, “La Llorona” is about the renowned Latin American folklore with a family forced to witness ghosts of the past. Using contemporary issues that plague society, the film is a slow-burner that investigates the truly devastating near future of putting the wrong people on the pedestal.

Related to the Horror Movies of 2020 – The Curse of La Llorona [2019] Review: Predictable. Forgettable. Mediocre

Brandon Cronenberg’s “Possessor” is unique in its way of approaching the Body-Horror sub-genre. The premise is about Tasya Vos (a brilliant Andrea Riseborough) – a corporate assassin who takes over other people’s bodies via savvy brain-implant technology. The target is mostly high-profile, elite individuals who act like they own the world.

Cronenberg uses hypnotic imagery that juxtaposes gory images and violent tactics to send across some sort of takedown of elitism. While the themes are left half-explored – sans the worker taking control of what they do and do not, the imagery is shatteringly original and hypnotic in ways that don’t let you settle.

Edna has gone missing. Her daughter and granddaughter return to find out what’s going on only to be entangled in the house’s sinister foul play. Their dilemma of taking the family matriarch to a house of the elderly, coupled with the past and present submerging make them lose control over themselves and the house they once so dearly hearted.

“Relic” is basically a horror film serving as a metaphor for dementia. There are no spirits here but Natalie Erika James’ atmospheric chamber piece serves some really scary imagery about the experience of living with death and decay.

A24 has changed the landscape of independent films. In the last few years, it has also completely taken over the new-age horror, reinventing the way we perceive these stories. This is exactly why “Saint Maud” comes with the baggage of expectations. While the film uses catholic horror motifs to implicate dread, there’s something truly horrific and engrossing about Rose Glass’s debut feature.

This is a twisted, uncomfortable first feature that takes up one woman’s depression and her reliance on faith to plod a really unsettling feeling of sins washing up to you. Glass has a keen eye for carving visual semblance with a clear, sinister, and dark tone. With Saint Maud, she dives into the realm of darkness with great conviction.

There are multiple ways to read Amy Seimetz’s ambitious experimental debut film “She Dies Tomorrow.” The most relevant and timely is the collective hysteria of isolation. Something that all of us experienced in 2020 due to the pandemic lockdown.

Strangely, it can also be seen as a literal representation of existential dread, where the metaphors of it becoming contiguous (if not taken seriously) and thereby affecting everyone else in plain sight is also a possibility. That said, the film defies conventional horror movie elements, but its impact – if it manages to actually seeps into your head, can’t be shrugged off.

Sandra Huller stars as Marlene – a  flight attendant whose life is turned upside down when she starts having recurring nightmares of a place that has something to do with her life. She can’t wash the feeling off and starts getting obsessed with the images in her head – up until she decides to visit the place in reality.

Co-Written and Directed by Michael Venus, “Sleep plays” on the cliches of reality and dream to an extent where it completely blurs for the audience as well. This is a strange psychological investigation that at once feels like a mix of Kubrick and Lynch all the way building up a tense, horrific atmosphere that clatters onto your reaches.

Related to The Best Horror Movies of 2020 – Sleep [2020]: ‘Fantasia’ Review – A psychological thriller haunted by a never-ending nightmare

Shaped as a body-horror and constantly orbiting under the ‘genre film category, “Swallow” is more complex than it actually lets on. The messaging is really vague which might confuse a lot of viewers. But that’s exactly where Carlo Mirabella-Davis’ brilliant drama subverts the pathos of what a film should be.

Much like the protagonist, the film chooses to independently be a tale about loneliness, trauma, patriarchy, and above all a devastating look into how and why a woman should have full control over her body.

“The Beach House” is a low-budget horror film that uses its constraints and cliches in its favor for most of the runtime. Deceptively planted as a couple trying to rejuvenate their relationship by taking up a cabin on the outskirts of the town side, the film keeps reeling on what it means. Leaving a fatal effect on those who witness and try to make sense of its ambiguous ending.

Jeffrey A. Brown uses his setting to procure a  cosmic-horror that doubles up as an eco fable. The camerawork, the score, and a strong performance from Liana Liberato uplift the film from conventionality. Making it something that will make you think long after you are done with it. 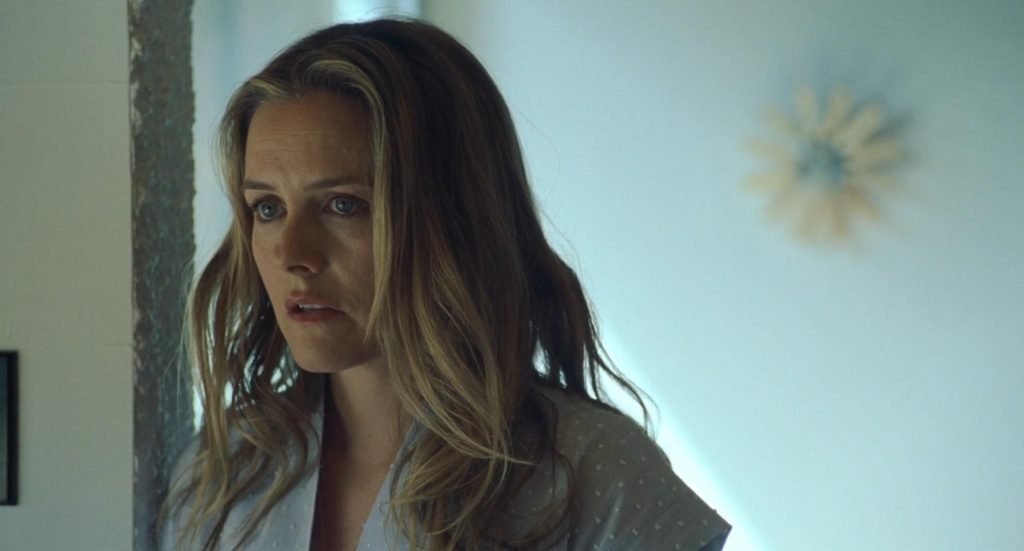 Australian filmmaking duo Veronika Franz and Severin Fiala rose to fame with their internationally acclaimed horror film “Goodnight Mommy.” While the film was about the horrors of a degrading relationship between a mother and her 10-year-old twin boys, “The Lodge” is about a to-be stepmother trying to bond with the children of a mother who recently killed herself.

Thematically pretty similar to their acclaimed film, Franz and Fiala develop a slow-burning horror narrative that stems out of PTSD and inability to perceive reality for what it is. It is intermittently clever, twisted and the right amount of creepy. It also helps that Riley Keough’s performance as the young woman is so earnest and disturbingly believable.

Watch The Lodge on Prime Video

Galder Gaztelu-Urrutia’s “The Platform” is anything but subtle. The metaphors are pretty on the nose and the proceedings are sometimes muddled up in some kind of overreaching social commentary. However, this is still a fiendishly entertaining piece of cult-horror that will leave viewers scraping their brains.

The premise, which partly seems inspired by Denis Villeneuve’s short film ‘Next Floor‘  is pretty simple. Set inside a ‘Vertical Self-Management System’ where residents are assigned different floors every 30-days based on a supposedly random system with a platform full of food moving up and down, the film serves as an allegory for life in crisis. If this doesn’t present the pandemic and its result on different types of privileges then I don’t know what does.

Watch The Platform on Netflix

A couple on the lookout for a perfect American family home take a wrong turn, ending up at a real state agency that shows them a mysterious housing development colony tailor-made for their dreams. The only flipside is that this ideal housing situation supposedly forced on them becomes more and more creepy and sinister as their life becomes a living hell.

Lorcan Finnegan’s “Vivarium” is uneven. But there is no absence of puzzling, depressing imagery that also takes a satirical look at the American dream. In some way, Finnegan is making fun of the contemporary problem of buying a home that also comes with the extra baggage of living a life paying for it. The urgency of the satire is what makes this more horrific than it is supposed to be.

El Planeta [2021]: ‘Sundance’ Review – Spanish hangout comedy is a stoic look at the perils of a gig economy