10 Best Movies on Crisis-Ridden Facial Surgery: Faces are immensely important. First impressions are said to be formed based on a person’s looks, although it is also said that it takes 5 minutes or less to get an impression of how the person’s inner-self might be. But, still, are we not fascinated by our face and the identity it brings out? Don’t we remember our face in freeze-frames, while conversing with a friend, showcasing genuine emotions? If we ask a facial surgeon on ‘whether the people’s identity change by altering their face?’ He/she would answer ‘no’.

That the purpose of surgery is to allow a person to get a face that best reflects their personality. Maybe that purpose isn’t always accomplished: some end up unhappier; for some a new face offers a force of good, hope. With a promising future of stem cells and facial transplantation, we don’t know what kind of magical offering this young field would imbue on our society. But, we do know how movies have dealt with the themes of facial surgery or corrective reconstruction.

Facial disfigurement is one of the important themes dealt with in cinema as earlier as in the German Expressionist era (“The Man Who Laughs”, 1928). While films like “Elephant Man” (1980) or the brief sequence in “Under the Skin” (2013) challenged our entrenched view on disfigurement, movies, in general, have always seen villainy in facial disfigurement; as a ploy to lay a path of vengeance. Phantom, Darth Vader, Freddy Kreuger, Joker, Leather-face, Quasimodo, etc have become a symbol of monstrosity on-screen, while in our real world there are thousands of facially different people doing astounding things.

The aim of the list I have prepared is not to ponder over the insipid metaphor of a scarred face, but to identify movies that deal with the inner-emotional as well as external turbulence that accompanies a ‘new’ face. These movies are about men & women with changing/changed face, who haven’t reached a point of self-acceptance. 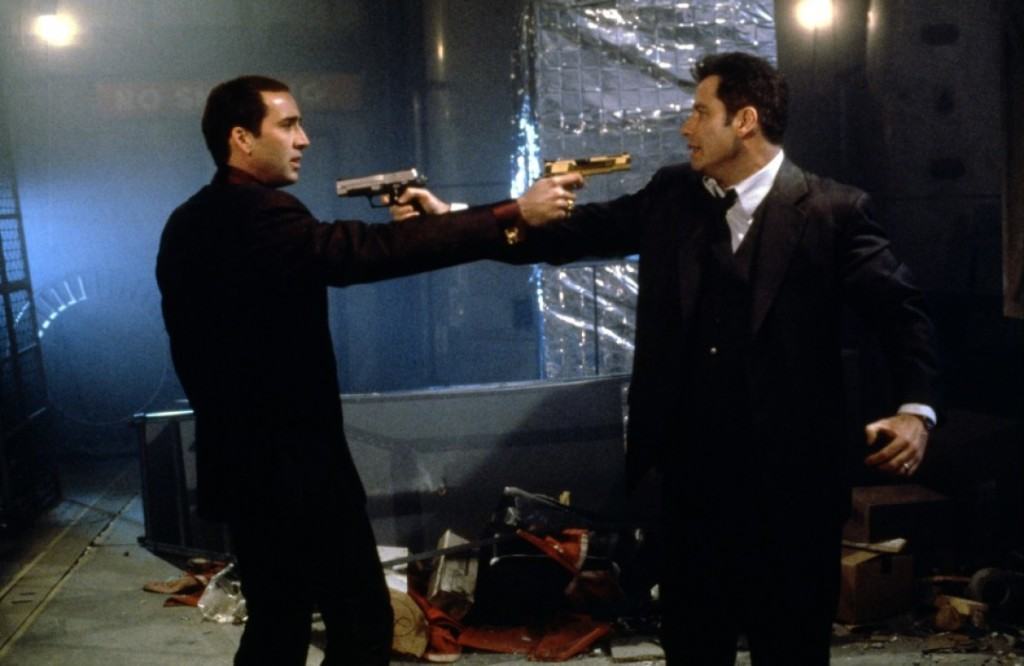 As Roger Ebert called it, Face/Off is “inconceivably implausible”. John Woo’s well-shot and repetitively violent face transplantation movie isn’t watched for its psychological insights. The alternate heroism and villainy of John Travolta & Nicolas Cage plus the overblown action stakes hails from the typical Hollywood territory, although it absolutely works as a full-blooded action genre piece. 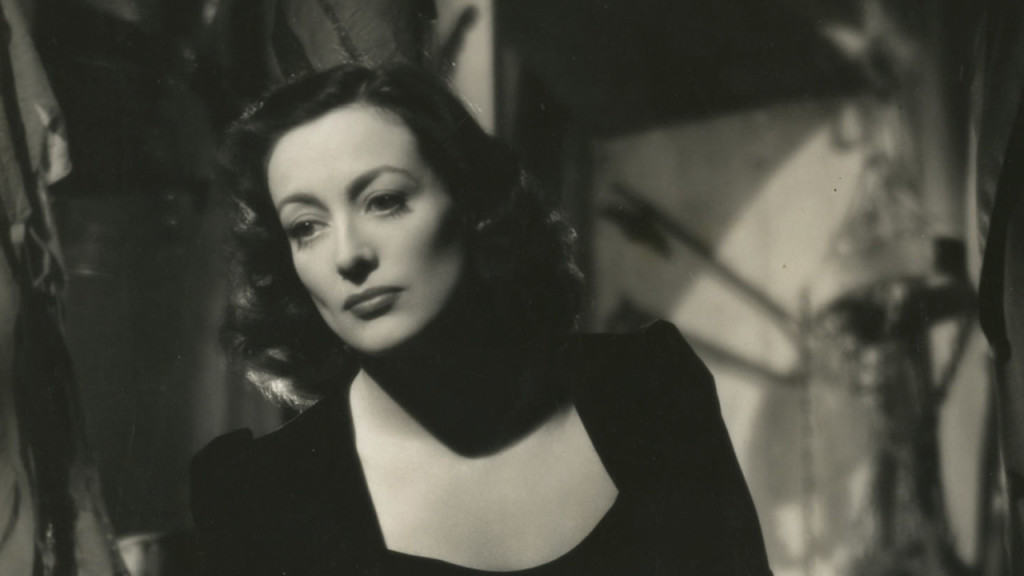 George Cukor’s old-fashioned thriller and melodramatic character study follow a bitter, scarred woman Anna Holm (Joan Crawford) seeking spiritual transformation after plastic surgery. The demented antagonist, abducted child, and few other pretentious narrative elements stand in the way to sensitively explore the embittered emotions of the central character. But, Crawford offers one of her best performances without being imbibed by her customary glamour turn. Director Cukor finely draws a tense situation among all the ridiculous nature. The film, of course, uses the age-old Hollywood idea that a disfigured face leads to emotional deformity, while a little facial surgery would bring up a pure heart.

Similar to Facial Surgery Movies: For Your Consideration: Baskin (2016) 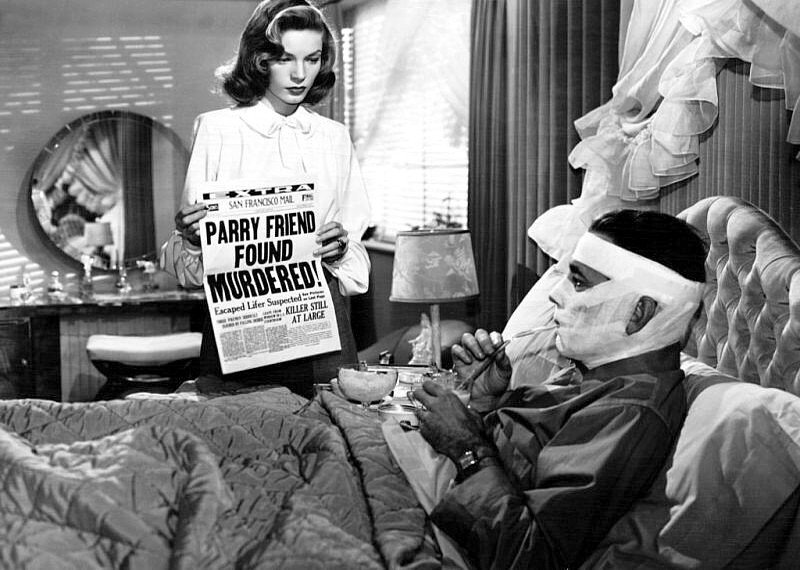 In Delmer Daves’ cool, noir film Humphrey Bogart’s wronged protagonist Vincent Parry has an implausible back-alley face-lift. Vincent does that act after escaping from the prison, where he was confined for killing his wife. Obviously, Vincent is a good guy and with the help of a beauteous young woman (Lauren Bacall), he tries to clear up his name.  Despite the sketchy characterizations, “Dark Passage” works because of the making and a well-rounded supporting cast. The first half-hour of the film uses the first person pov, which was actually absorbing rather than being a gimmick. Unlike many other film noir and facial surgery, the protagonist’s problems in the narrative come from external subjects; not due to character flaws. 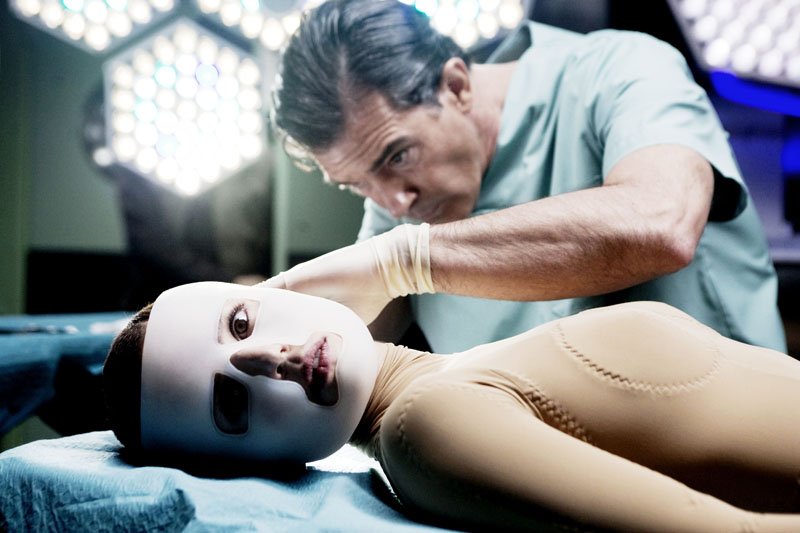 Graceful provocateur Mr. Pedro Almodovar’s mix of melodrama and mystery takes place (for the most part) in an isolated mansion, owned by renowned facial transplant surgeon Robert Ledgard (Antonio Banderas). His obsessive work nature has indirectly resulted in the death of his wife in an accident. Now, he takes up a new obsession –a beautiful, young woman Vera Cruz (Elena Anaya) is locked up in upstairs bedroom, cloaked in flesh-colored body stocking. The twisted sexuality, the painful coincidences, and the near-parody treatment of mystery are all the familiar Almodovar touches. There are narrative deficiencies in the film, which to an extent is masked by the exploration of the conflict between our inner self and the face & body, which serves as the abode.

Also Read: Knives and Skin (2019): ‘Fantasia’ Review – A Curated mess you would like to watch

Austrian film-makers Veronika Franz and Severin Fiala’s disturbing psychological horror depicts the degrading bond between bandage-wrapped mother and her 10-year-old twin boys, Lukas and Elias. As a gruesome genre picture, “Goodnight Mommy” works since it includes the double scary propositions: an unloving mother and an evil kid. The reconstructive plastic surgery of the mother (who had met up with an accident) makes the boys think whether she is their mom or some impostor ‘mummy’. The boys playing ‘who-am-I’ game with mom is one of the film’s riveting sequences (and let’s not forget that torture scene). Nevertheless, despite all the uncertainty and tense atmosphere, I felt it could have developed the central characters a bit more to convey a rich, psychological profundity. 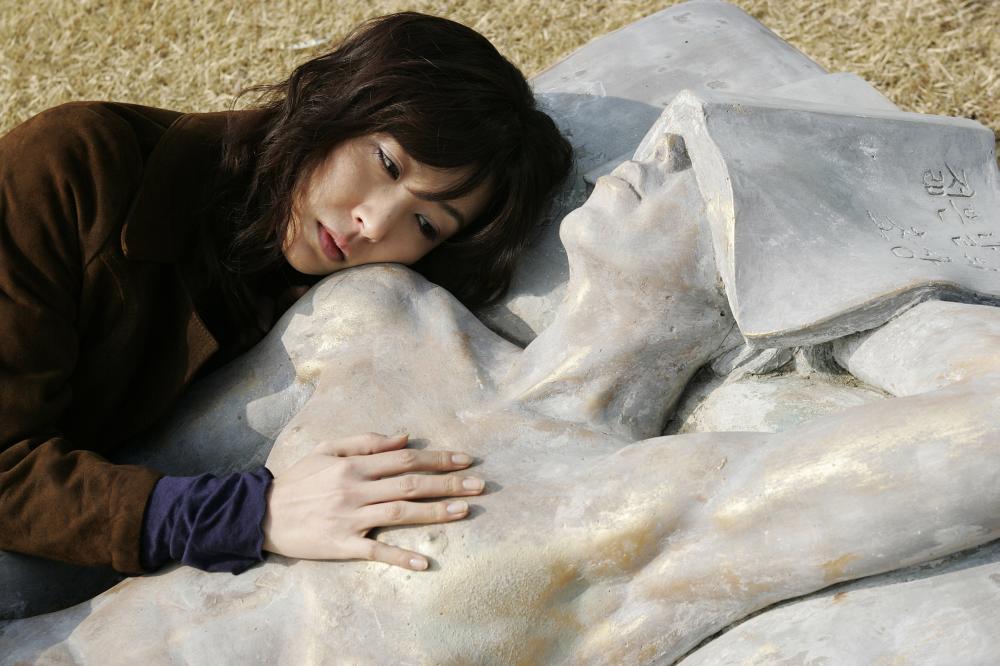 South Korean auteur Kim Ki-duk’s fraught love story explores how people yearning for change seek it in a new face than looking for a spiritual makeover. Young woman Seh-hee, who is insecure about her looks & body, is on the verge of nervous collapse. In one of her love-making session with boyfriend (of 2 years), she apologizes for having boring features. One day she disappears worrying her boyfriend. Seh-hee eventually returns with a new name and a new face. As in all of Kim’s movies, “Time” works as an existential tragedy and as an examination of our identity crisis. It becomes a profound experience when we identify the film’s central questions: what happens when our love decays in the passage of time, where nothing lasts forever? And how can these quick, consumer-culture surgeries bring about an extreme transformation in our lives? 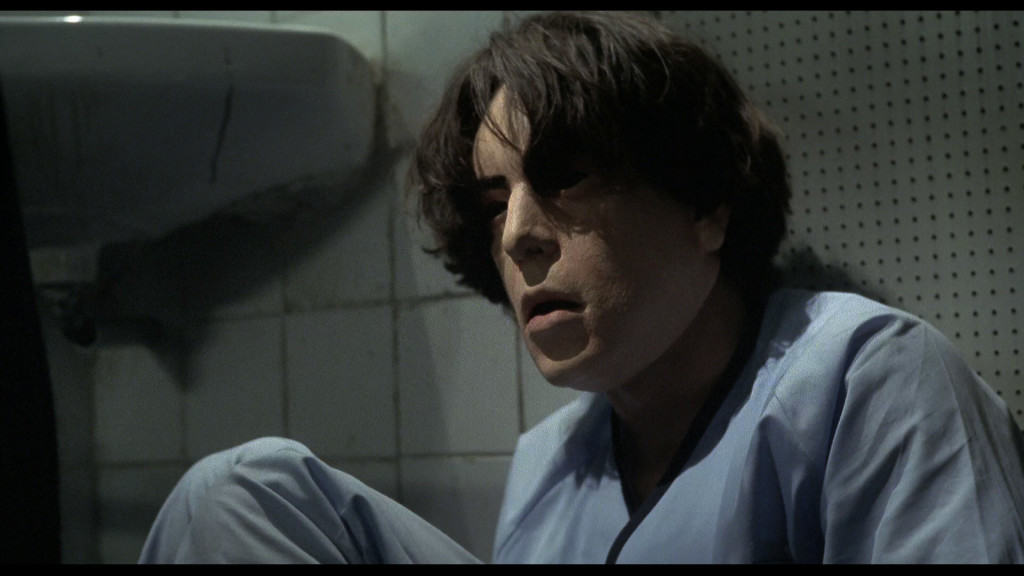 The first thing you might ask after opening your eyes to Alejandro Amenabar thrilling romantic, sci-fi, melodrama is “what’s it about”? The film’s protagonist Caesar prides himself for not sleeping with the same girl more than two times. And, knowing this Caesar’s friend Pelayo makes a mistake of introducing his attractive girlfriend Sofia to him. A tragedy strikes and Caesar hides his face behind an emotionless mask. Its layered script, on one hand, questions the breach between perception and reality (like “Matrix”), while on the other hand, it works as a philosophical investigation on our obsession with external beauty. Eduardo Noriega as Caesar offers an effective performance to convey the torments and disarray, despite wearing a heavy makeup [“Open Your Eyes” was remade to “Vanilla Sky” starring Tom Cruise].

Related to Facial Surgery Movies: Holy Motors (2012): The Death And Birth of Cinema 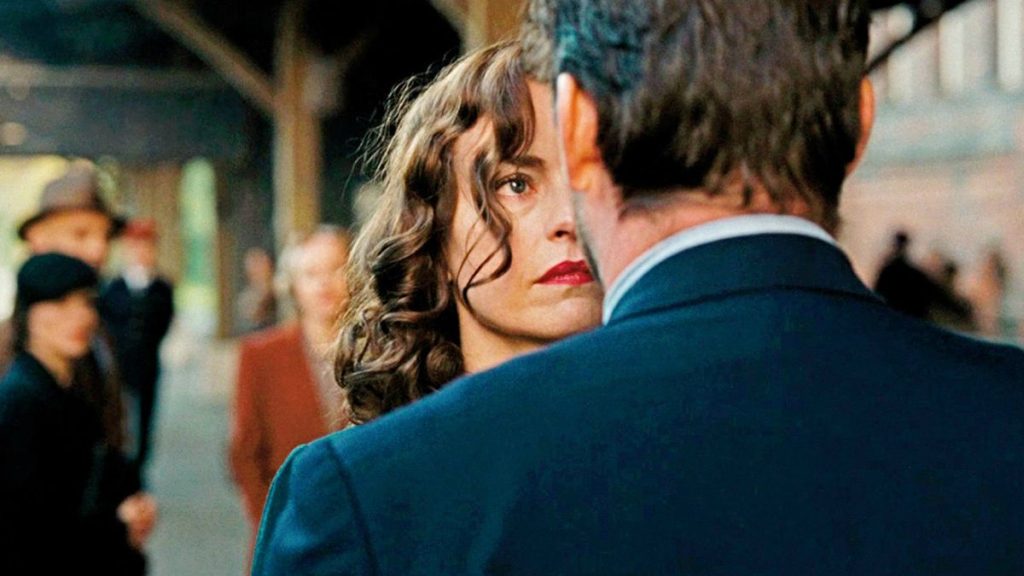 On the outset, German filmmaker Christian Petzold’s post-war tale of mistaken identity seems to have the most quotidian plot structure. It is about disfigured former night club singer, Nelly (Nina Hoss) who had been on the Auschwitz camp. A surgeon gives Nelly a new face although she wants to live her old life with pianist husband Johannes. Nelly finds him, but he doesn’t recognize her. Johannes also drags ‘new Nelly’ to his basement and pitches a desperate idea. “Phoenix’s” story line is a little implausible, although Petzold with his subtle directorial touches extracts the largely metaphorical dimensions. The central character’s quest elegantly touches on how face plays a vital role in constructing our identity and in evoking memories. And, the film remains compelling till its fireball of an ending, thanks to the emotionally complex performance of Nina Hoss. She perfectly symbolizes the uninhibited inner scars that accompany a new facial identity. 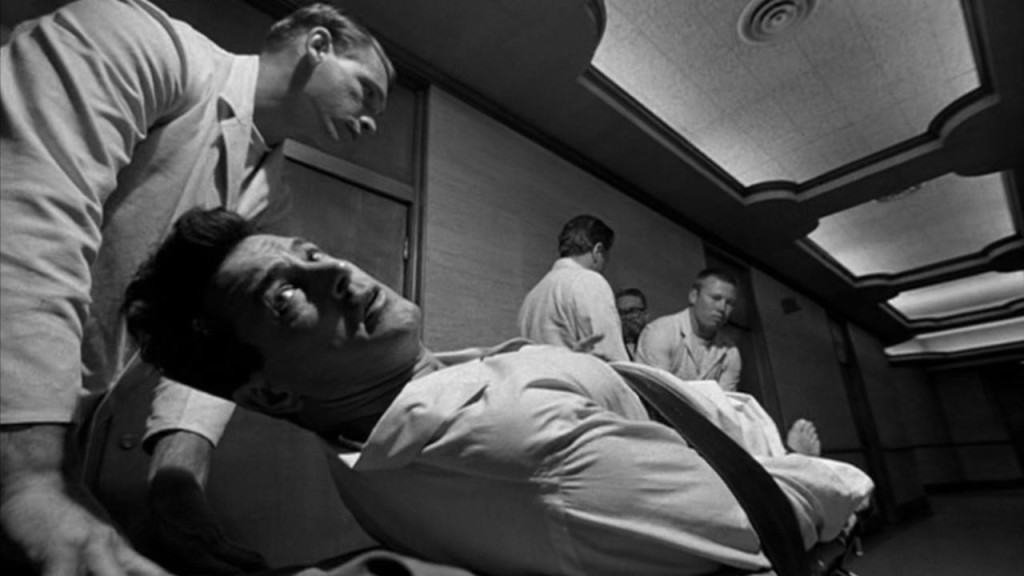 John Frankenheimer’s underrated, paranoia-era thriller is about a old banker, struck in mid-life crisis, going through radical plastic surgery to become much younger, free-spirited person. The visuals of old John Randolph transforming to handsome Rock Hudson may raise plausibility issues, but this cult classic is all about humans’ pursuit for new identities. Right from the riveting opening sequence from Saul Bass, “Seconds” stresses on how one’s internal persona will conflict with their own polished external identity. The movie also examines the cultural divide between liberated youths and the conservative parents of American 60’s. The whole surgery plus the identity reconstruction sequence comments on human restlessness on achieving the unattainable. As psychoanalytic philosopher Slavoj Zizek expertly puts it: “Seconds is about the perils of wanting too much or dreaming the wrong dream”. 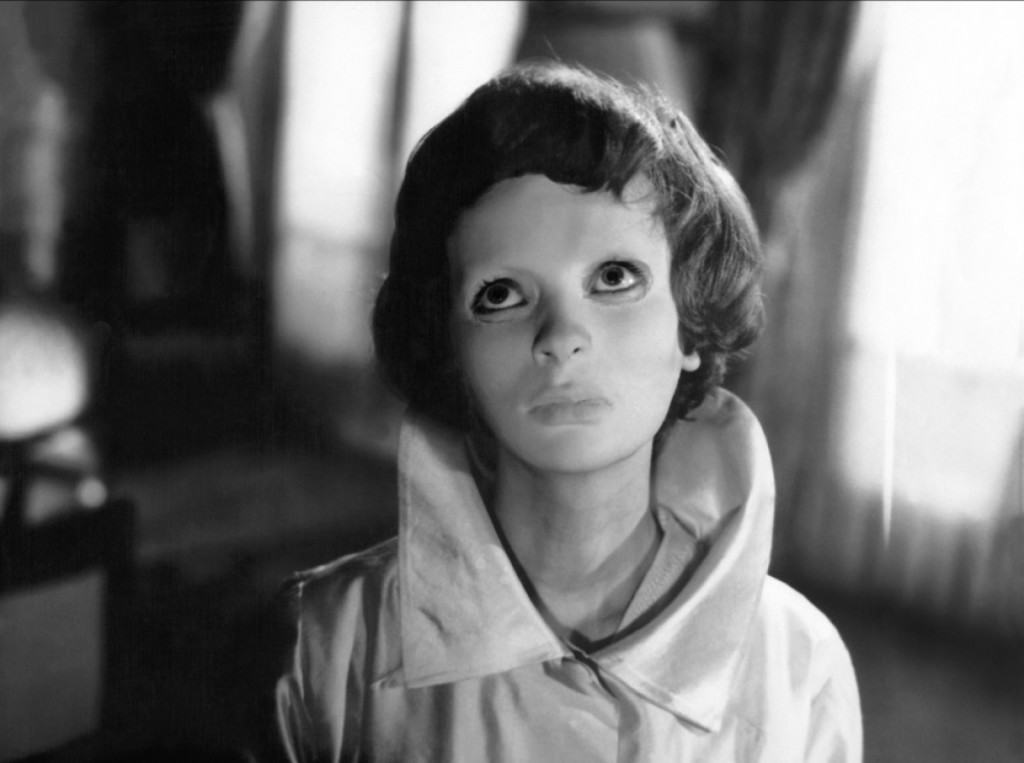 Georges Franju’s poetic horror/thriller is a commentary on the folly of science and attack on the celebration of surface beauty. The storyline concerns a delirious plastic surgeon Dr. Genessier who is responsible for an accident that left his daughter Christiane with a facial disfigurement. The surgeon and his assistant tried to reconstruct the girl’s face by kidnapping young women, who have similar facial features. Only in 2005, an actual face transplant was performed and so the film is definitely ahead of its time, especially with the theme of cosmetic surgery obsession. Film critic Dave Kehr calls it “Poetry of terror”, and the chilling, nocturnal black-and-white cinematography withholds some of the greatest visuals ever concocted in cinema. The fascinating aspect of “Eyes without a Face” is Christiane’s eerie mask which insists on how less corporeal one become with the loss of face. But, this isn’t a film that depicts disfigurement solely as an element to terrify. We also get to know the fragile, child-like nature of Christiane caught betwixt maniacal vanity of her father.

Related to Facial Surgery Movies – Eyes Without A Face (1960) Review: A Masterwork of Surgical Filmmaking 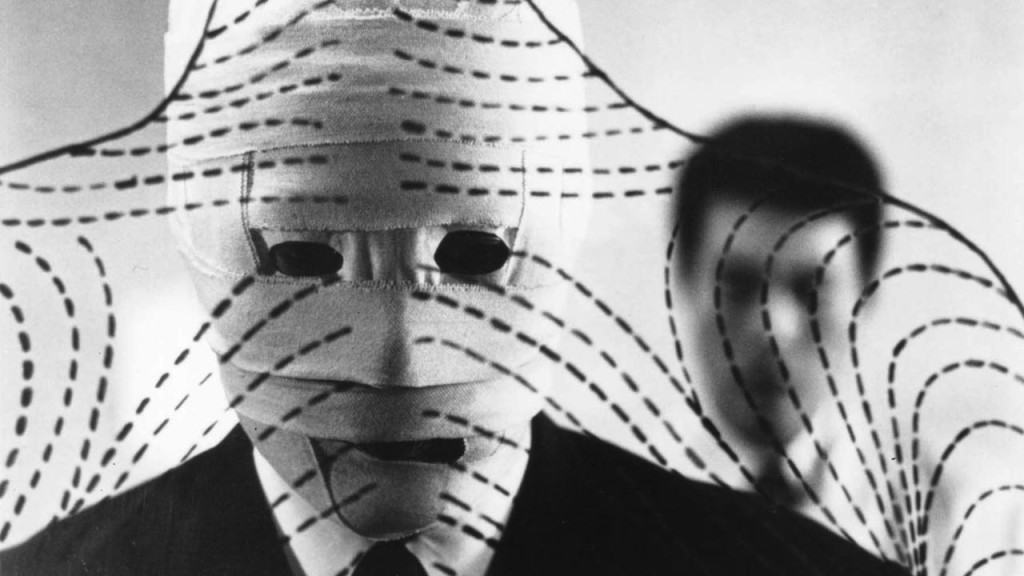 Avant-garde Japanese filmmaker Hiroshi Teshigahara’s morbid character and societal study refreshingly questions our notion of individuality. The plot revolves around a young engineer Okuyama (Tatsuya Nakadai) who facial features are completely destroyed in a lab explosion. He wears white bandages, dark glasses, awfully treats his wife and talks like a perturbed philosopher. Okuyama’s plastic surgeon Dr. Hori makes him to be a test subject for a medical experiment. The surgeon offers a temporary mask that has the facial features of a total stranger. With the newly instilled self-confidence and persona, Okuyama walks through everyday life adapting to dual identities. “The Face of Another” is diffused with unforgettable imagery and stupendous performance (from Nakadai) to explore a face’s limits and freedom. It thought-provokingly probes on how our behavior is influenced by our looks. The film’s twisted conclusion also comments on a society that gets increasingly alienated by its obsession over facial beauty.