“Love is a spark, lost in the dark too soon, too soon.”

In an interview published in 2013, he said, “I wanted to rediscover genre; I did not want to destroy it, therefore not deconstruct it, rather reconstruct it.”

Phoenix, adapted from a Hubert Monteilhet novel by Petzold and Farocki (who died in 2014)

Nelly should banish all thought of reconnecting with Johnny, a pianist who used to accompany her when she worked as a cabaret singer; her friend claims he betrayed her to the Nazis and divorced her behind her back after she was taken to the camps.

Nelly is drawn into matters of personal rather than social identity

Every historical event has been the subject of interest for many film-makers and the Holocaust is the most favourite of all. Profound emotional turbulence inflicted by Holocaust has been painstakingly captured by many film-makers who depicted many facets of those events and their repercussions on psychical and psychological behaviour.  Many many film-makers have milked on Holocaust events by making melodramatic and over the top dramas on it. Phoenix, whose plot sounds little melodramatic and unbelievable, it comes as quite a strong film dealing more with a personal crisis, identity crisis and two lives trying to find momentum in life to keep going.

Sometimes, it takes time to measure the potential of the director, while few can convince you about their supremacy within a few minutes into the film. This was my first film by German director Christian Petzold, and what he did with the opening scene was quite astounding. It does not have anything flashy or involves any acrobatic action scene or anything you have never seen before. It is a very simple scene but he manages to evoke the shocking sense of horror and pain, with the sympathetic expression of one of the soldiers who checks on the woman whose face is wrapped in bandages, mutilated by gunshots.

Phoenix (2015) is adapted from Hubert Monteilhet’s detective novel Le Retour des cendres, which was set in France. Christian Petzold has set ‘Phoenix’ in Berlin shortly after the German surrender and has drastically changed the narrative of the story and diluted the subplots completely. Phoenix revolves around the Jazz singer Nelly Lenz, who is the sole survivor of impounding among her well-to-do family.

She is brought to the hospital for facial reconstruction surgery by Lene (Nina Kunzendorf) who promises her with a new identity. Shockingly, Nelly demands to have her face reconstructed to older one, rather than new look as suggested by the doctor. To Nelly’s horror, her face is little deformed from original. She could not recognize herself in the mirror nor she could find peace inside her tormented soul. 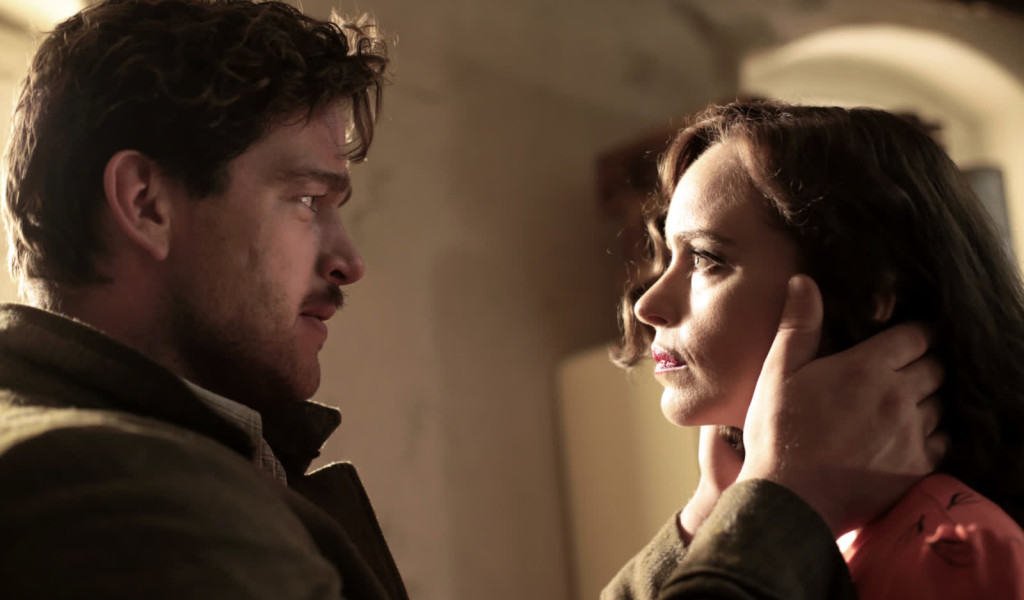 Hollow-black eyed, badly bruised nose & part of her cheek, Nelly trolls in the American sector’s club looking for her jazz pianist husband Johnny & trying to find herself in those streets. Lene feeds the fact that her husband chiselled on her & had a crucial role in getting her arrested.  Nelly doesn’t believe Lene, rather she believes that only Johnny can bring her true-self, he can only conjure the lost emotions of love and hate, that will make her feel alive again.

The plot moves at a glacial pace for the first thirty minutes until Nelly finally finds her lost love, her husband working in ‘Phoenix’ club. Johnny fails to recognize her which makes Nelly feel dead again. Johnny senses something strangely familiar in this girl who he thinks is looking for a job. He drags her to his place of living in the basement are, and asks her to participate in the scheme of inheriting money of his ‘dead’ wife(Nelly).

Nelly is initially reluctant but she agrees to play along in his act where Johnny re-constructs her into a look-alike of Nelly.  Nelly, on the other hand, is devastated with this move but she clings on it to find the facts that lead to her arrest and to know his thoughts about her. Intermittently, she kept giving him subtle hints but she could find only disappointments.

Phoenix is not a plot-driven film but it is driven by the estranged emotions that are mired by deception and yearn for true love. It is very intriguing and has a subtle sense of suspense on how both the characters unfold. Their guilt, their redemption.

“Phoenix” (2015) ends with a haunting performance of “Speak Low,” the Kurt Weill/Ogden Nash by Nelly that will chill us to the bone.  Phoenix may seem like ‘A Separation’ in its structure of emotional labyrinth and it does ask its audience to vicariously decide the moral and emotional consequences of both the leads.

The Nightmare [2015] Review: An Eerie Encounter with Darkness