15 Must see Surreal Films of 2015: In Manifesto of Surrealism, André Breton defined cinema as ‘Three cheers for darkened rooms!’ There is a dreamlike quality to cinema watching experience itself. When an adventurer enters the darkened room and encounters a series of flickering images that projects dazzling visions of life, surrounded by complete strangers, the experience of cinema can be equated with that of dream. What moviegoers seek from cinema is the experience of otherness. Movie watching is and will always be a mystical ritual that teeters on the edge of reality. This strange analogy between film viewing and dream state is the foundation of surrealist cinema.

Surrealism isn’t exactly ‘film movement’. The acts of absolute surrealism were performed only by ‘Surrealist group’, which has dissolved long ago. In that regard, no modern film can be considered ‘surrealist film’; there are films made by surrealists and there are films that correspond to surrealism. The relation between surrealism and cinema should not be analyzed in form of stylistic or aesthetic considerations. Surrealist cinema cannot be characterized by merely dream symbols, Shocking imagery, juxtapositions or psychic disturbance. Surreal elements, by their very nature are impossible to identify. Even among surrealists, there has never been a clear consensus about which film contains surrealist charge.

Certain films tend to supersede external reality with psychic reality, to disclose what lies dormant within the collective consciousness. With a broad perspective, one should trace surrealism within the film rather than tracing ‘surrealist film’. The surrealist experience of cinema has become increasingly remote with time. Surprisingly, the year 2015 saw more number of films exhibiting signs of the surreal than any year in recent history. Making list on surreal films is an exhausting and barely rewarding task, but I’ve attempted, hoping that it may help you explore wonders of new reality of 2015: 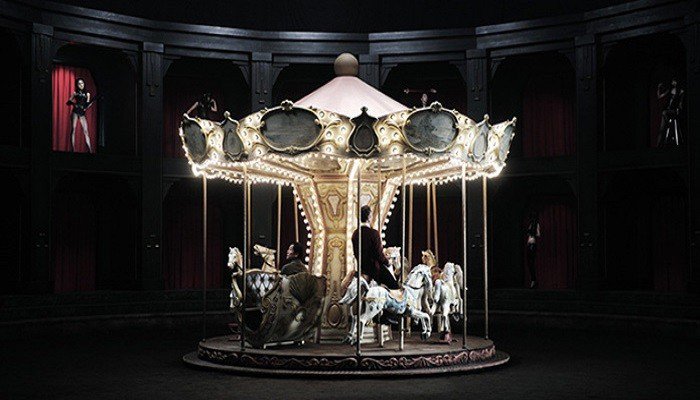 In the Japanese rating system, R100 means a film classified as ‘suitable for people at least 100 years old’. R100 is a course in unexpected acts of extreme bondage with earthquakes in between. A lonely family man, whose wife has been paralyzed since long, goes to a mysterious sadomasochistic brothel called ‘Bondage’ to get kinky. He is whipped, slapped, kicked, punched, and choked by 100 different dominatrices. Initially, the random acts of public humiliation turn him on, and he makes waves in the fountain of ecstasy, but eventually, his wave of fantasy turns into a life-threatening tsunami of sadism. Hitoshi Matsumoto’s surreal S&M session is wild, outrageous, and at times sickening. 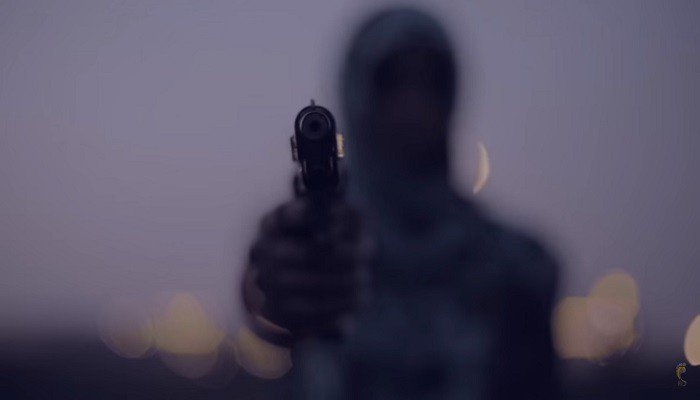 Sometimes the illusion is the only reality. An Illusion of My Mind effectively blends surreal metaphors with eerily rustic Indian backdrop to create a unique tone. The film is about a writer and his internal struggle. His inability to pen a screenplay in given deadline creates a world of illusion, wherein eccentric characters are met with unusual circumstances. It is one of the best examples of micro-budget Indian indie movie done right. There is a brief scene that surreptitiously captures the statuesque stillness of mannequins. But can a fish float in the air? Are things really as they seem or is it just an illusion of our mind?

3. Arabian Nights: Volume 1-The Restless One 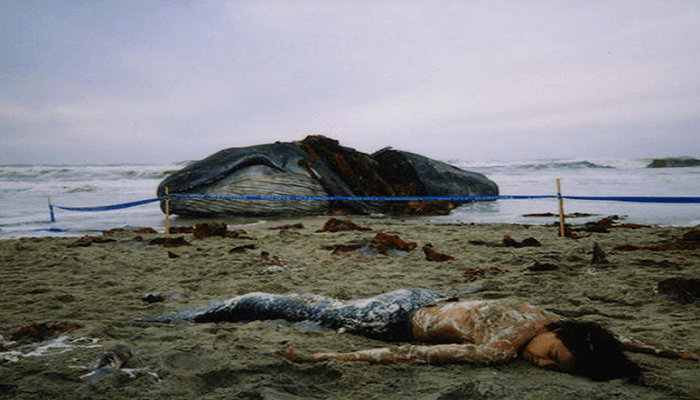 The first volume of Miguel Gomez’s ambitious trilogy about Portugal’s economic crisis is a docu-fantasia that features a wasp epidemic, politicians with a permanent erection, a talking cockerel presented in court and a union activist hospitalized inside of a gigantic whale. In one of the most dramatic opening sequences, the director runs out of his own movie acknowledging stupidity of his ideas, and the crew is running behind him. The fragmented fairytales of communal turmoil draw their structure from ‘One Thousand and One Nights’. As the legend says, a mad Persian King murders his wives after taking their virginity. Scheherazade, the newlywed beautiful bride must entertain the King with stories in order to stay alive. This poetically political epic is rife with violence, rage, melancholia, humor that doesn’t inspire chuckles. Sometimes nothing much happens, and then out of nowhere, whale explodes. It is realistic and at the same time surreal. But above all, Arabian Nights celebrates the art of storytelling. 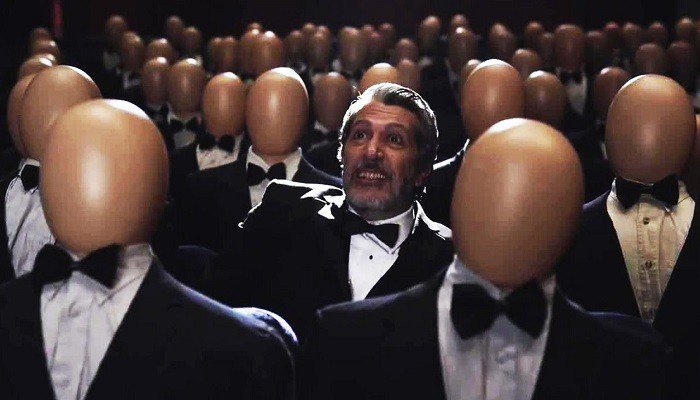 Quentin Dupieux’s crackpot satire on Hollywood follows the logic of dreams. A cameraman is searching for a perfect groan that will earn him an Oscar, a cooking show host in Bigg rat costume suffers from imaginary rashes, and a girl named Reality finds a blue VHS tape inside of gutted wild boar. None of it makes any sense, and that’s the essence of Reality. Quentin’s movies are essentially about exploring human heads. In Rubber he did it with a homicidal car tire, in Reality, he does it with TV sets. It is an ultimate parody that mocks reality itself. There is plenty of enjoyment to be derived from this wacky masterpiece once you put aside your conventional logic and enter the world of dreams. 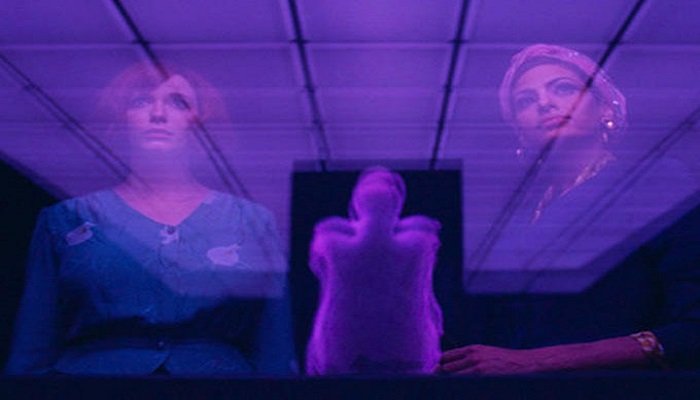 Gosling’s directorial debut might be a wreck, but it’s the wreck of Titanic. Set against surreal backdrop of vanishing city, where a mysterious road leads to an underwater town, Lost River is a peek into hellish world of a single mother, who dreams of home and family, unsuspecting of ravening beasts looming outside the door. The flaming bicycle suggests how traumatic Gosling’s own childhood must’ve been. It is yet another example where a filmmaker employs surrealism to redeem his inner child. In one of the most shocking scenes, a woman peels off her facial skin to entertain the crowd. With Lost River, Gosling shows that behind his charismatic persona there is a timid kid who wanted to protect his mother but couldn’t.

13. The Sky Trembles and the Earth Is Afraid and the Two Eyes Are Not Brothers 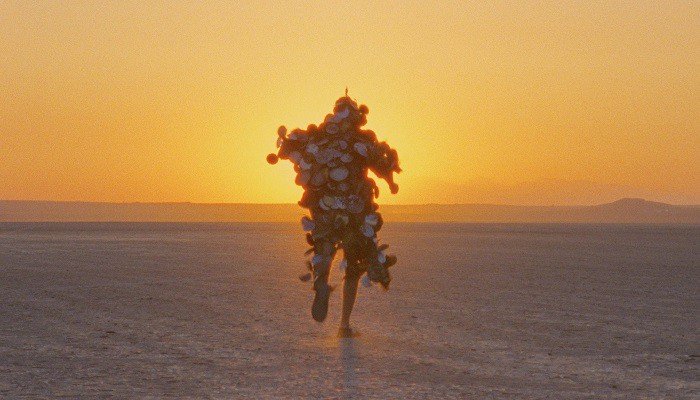 Much like its name, the film remains allusive and impenetrable for its entire runtime. A troop with caravans and horses gathers on exotic Moroccan mountains to shoot a film. The first half of the movie serves as a beautifully banal documentary, in which, Rivers captures the sublime beauty of shimmering landscapes with 16mm Bolex. As the darkness mounts, the sky beneath the earth changes its hues, reality rattles, and the King of tin cans dances on the rhythm of bullets until he dissolves into eternal light. Partly adapted from Paul Bowles’ ‘A Distant Episode’, this quasi-documentary is an outstanding achievement in observational filmmaking that inspects the myth that surrounds the mountains. 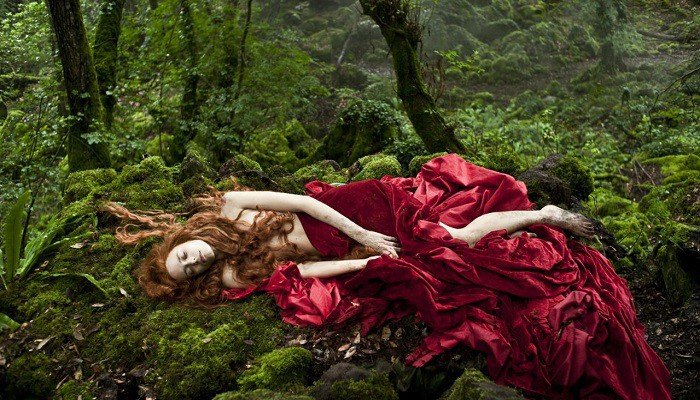 Once upon a time, fairy tales used to be archetypal of our society, rife with vileness and obscenities we wouldn’t dare confess to ourselves. Alas, as time progressed, they got ‘Disneyfied’, to be served as children’s fables. But once in decades, there comes a tale, which stems from our darkest desires, our deepest fears; it is the tale of tales. In this mesmerizing assemblage of macabre, three different stories from Italian maestro Giambattista Basile’s Pentamerone (a collection of surreal fairy tales) are interwoven into a single universe. A Queen eats the heart of sea monster so she can give birth, A King raises a giant flea and neglecting his own daughter, weds her with an ogre, and an old lady gets flayed to spend a night with the king. Film’s fantastical elements have sophisticated surrealism to them. In the end, everyone was disfigured and demented.

Next
Tags:A Pigeon Sat on a Branch Reflecting on ExistenceAn Illusion of My MindArabian Night: The Restless OneAtom Heart Motherbest 2015 movies to watchbest movies to watchBlindCemetery of splendourhd movies 2015Lost RiverR100RealitySurrealismTale of TalesThe Duke of BurgundyThe Forbidden RoomThe NightmareThe Sky Trembles and the Earth Is Afraid and the Two Eyes Are Not BrothersTheory of Obscurity
Previous post