Reality Review [2015] – Quentin Dupieux is slowly carving a cult niche for himself as a weird and bizarre storyteller, and ‘Realite’ just makes him even more potent.

Reality (Réalité) starts off with weird little multi-layered stories until they are hyperlinked and as it gradually progresses, they amalgamate the events that take place as if they are a single entity. I have never been so confounded since I watched David Lynch‘s Mulholland Drive. Réalité seems like a genesis formed from submissive copulation between Mulholland Drive and Primer.

There are mind-fuck films and then there’s Réalité. I was actually reluctant to watch Réalité for many ineffable reasons. However, upon finally giving it a try, I can say I enjoyed it highly, without actually understanding it completely. Réalité is perplexing, surreal film that leaves you baffled by the end. Dupieux seems to not give a fuck about what and how the audiences will understand this convoluted thread of parallel stories running simultaneously. And, probably Dupieux never wanted anyone to really permeate this densely layered story. 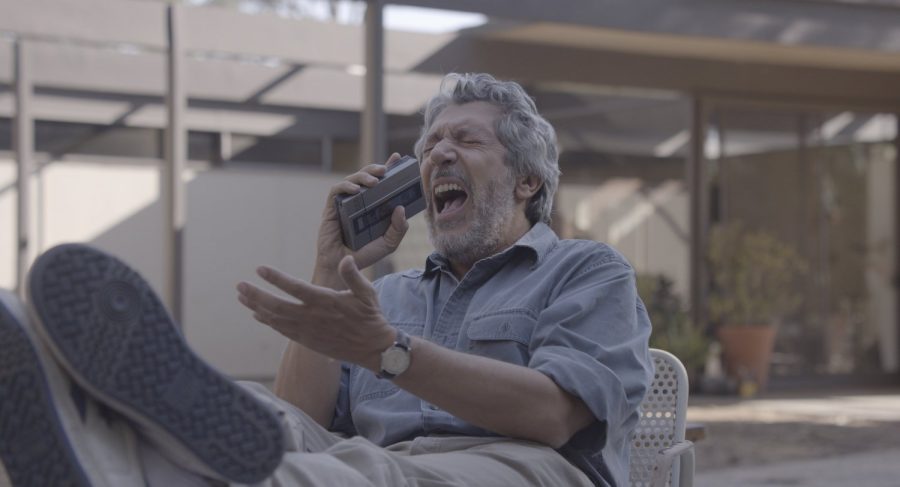 Just to entice you, I’ll give you a little detail about the story without any spoilers. A French cameraman Jason (Alain Chabat) works in a cooking show where host Dennis (Jon Heder) presents that show donning a rat suit & itching himself all day long. Jason wants to make a film and narrates a bizarre sci-fi story to one of the prominent producers Bob Marshall (Jonathan Lambert). Bob agrees to make a film if Jason can find the one perfect “groan” for his film. Another interesting thread has a girl named ‘Réalité ‘, who is fascinated with a videotape that she sees tangled in the entrails of a cut open wild boar, which her father is trying to clean.

Réalité’s first half is invested in developing these threads which make no sense but it definitely arouses your curiosity as to what’s about to happen next. Things get weirder and creepier in the second half, when Dupieux, who has also edited the film, makes sure that all subplots are so randomly entwined that can not possibly be explained by any logic. Hence, quite unlikely to have a rationalized conclusion. Having said that, it will amuse you with its deadpan humour and subtle pieces of satire fused so very discreetly. Quentin Dupieux is slowly carving a cult niche for himself as a weird and bizarre storyteller, and ‘Realite’ just makes him even more potent. His followers may soon swear by him.