We’re halfway through 2016, with July almost arriving, but I waited to finish watching all the possible good films of 2015 before I come up with a list that I totally find justified for my own taste. Here is a comprehensive list of  the Best Films from 2015. Do not go bonking if you don’t see Son of Saul, The Revenant on the list or Spotlight in Top 10. I loved these films, and they ‘may’ deserve all the critical praise and love from the audiences but I didn’t find them better than other films that topped them. It is a very personal choice and the list may not go down well with everyone. But then that is the point. It is a personal list and everyone does not share the same taste in anything and everything.

Please drop your valuable opinions and suggestions in the comments section.

Now, you must be wondering what kind of a gimmick is this ‘special mention’ ? Has the author gone full retard or is he trying to squeeze in one more film in the list ? But, here it is, The Forbidden Room. Not in the ranking order, Why ? Because 2015 has seen two kinds of cinema, The Forbidden Room and rest of the films. The Forbidden Room is an insane ride into the Maddin’s head composed of twisted labyrinth filled with nostalgia of silence cinema while peeing on the digital world. Ranking the ‘The Forbidden Room’ will not only offend fan base of Maddin, but it will make look other films trivial on the list. Hence, the special mention.
Full review of the film.

25. Mr. Holmes | Drama | UK
“One should not leave this world without a sense of completion.” 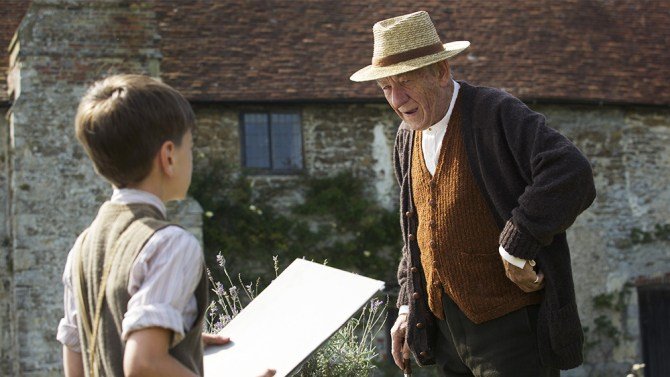 Ian McKellen’s Sherlock Holmes is just what Sherlock Holmes hated about people. While we know deerstalker hat wearing Sherlock Holmes had impeccable observation, tongue-in-cheek humor & numb to human connections, still we loved him because he legitimately was good at what he did. But seems penance of his past mistakes his crept inside the soul of Holmes that makes his soul agitated rendering him to oscillates between remorse and peace.This is the most humane portrayal of the eccentric sleuth you will ever see. He is shown as broken aching soul who is profoundly in deep pain. 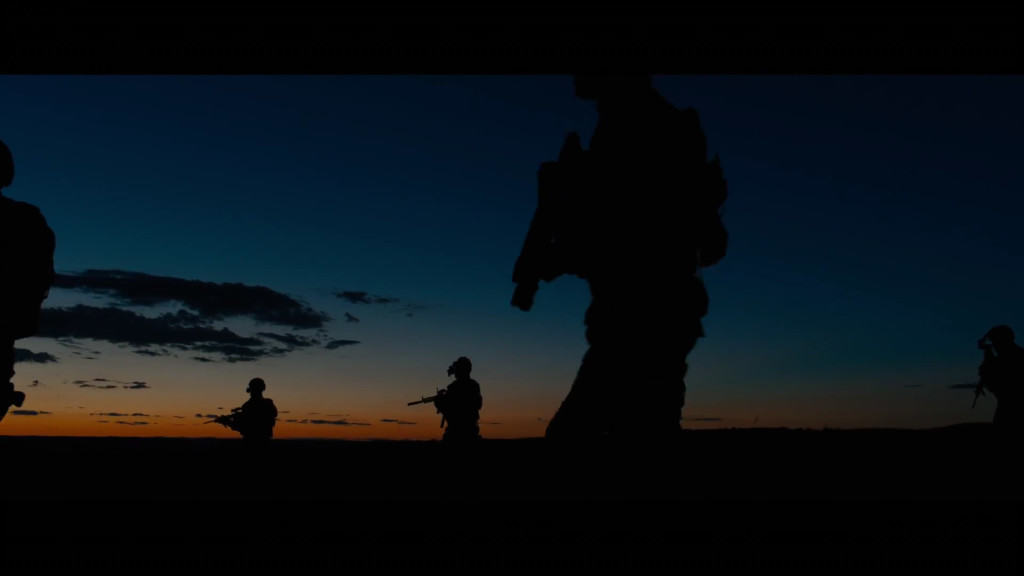 Sicario is a straight-forward Hollywood genre movie that adopts a simple plot but thanks to Villeneuve’s deft direction, sterling performances from the three leads, masterclass cinematography blend with nervy score makes this film immensely engaging and taut thriller, that creeps into the psyche of three singular characters, demanding the question if breaking the laws and selling out the moral values,  is an answer to fight a war.

Review of the film.

23. The Lobster | Science-fiction Dark Comedy | UK
We had to be very careful in the beginning not to mix up “I love you more than anything in the world” with “watch out, we’re in danger”.

What if a world existed where being with someone is the only thing essential? The Lobster picks apart ritualized human emotions and asks questions like: What do we get from relationships? What do we get from Love? What does society require from other people’s relationships? Set in near future, it’s now obligatory to be in a partnership or to be in a relationship.The Lobster is a fantastic piece of magical-realism where the deadpan humor and the conditions of the narrative world should be accepted to truly invest in the film as a whole. Its funny, captivating and both honest and ambiguous in its perspective of love and happiness.  Because, even when you find what you are looking for, you are not really sure how long it will last. 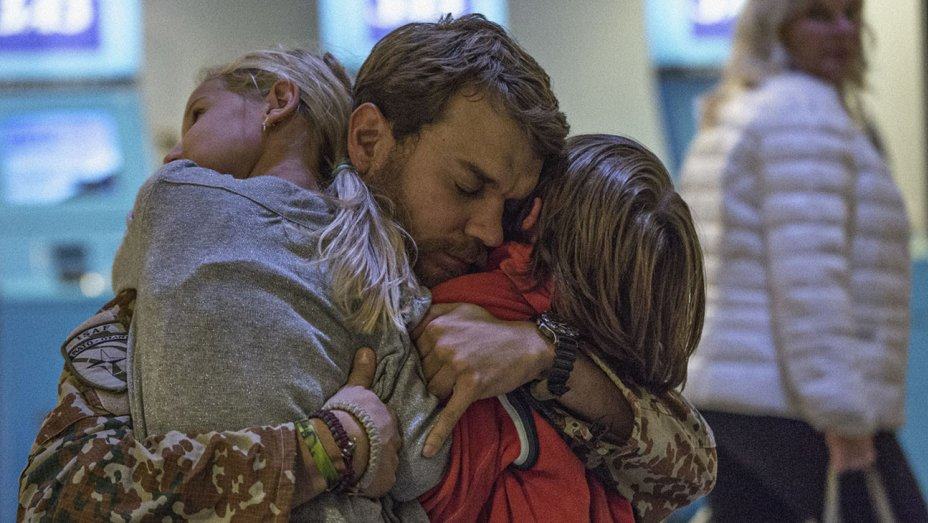 “A War” takes an often told soldiers’ point-of-view tale and transcends it with admirable emotional ambiguity and thoughtfulness. It is a necessary watch for anyone interested in the sober analysis of war. Director Lindholm’s third directorial feature, of course reiterates the age old statement of ‘war dehumanizes a human being’, although the way he puts forwards his characters and their emotions is so compelling to behold. A War is the ‘A Separation’ of  war genre.

It is a tricky thing to depict the love felt by a world-weary, middle-aged married woman towards a person other than her husband. But, ‘love’ isn’t just a stepping stone to reach the destination called ‘lust’. Rarely do we come across films that deal with love of a middle-aged married woman without introducing sexual affair in the second act. Jose Mari Goenaga and Jon and Jon Garano’s minimalist Basque language movie “Loreak” (“Flowers”, 2014) is the rare, mature work that deals with the slippery feeling love imbues on us. It shows how source of love could emanate from strange things and how love changes one’s perception of others. Loreak is  an intricate and engrossing exploration of alienation, love and loss. The absence of dramatization and the presence of obscure ideas, a bleak environment might equally irk and reward movie-buffs.

Do you ever look at someone and wonder, “What is going on inside their head?” Well, I know. Well, um, I know Riley’ head. 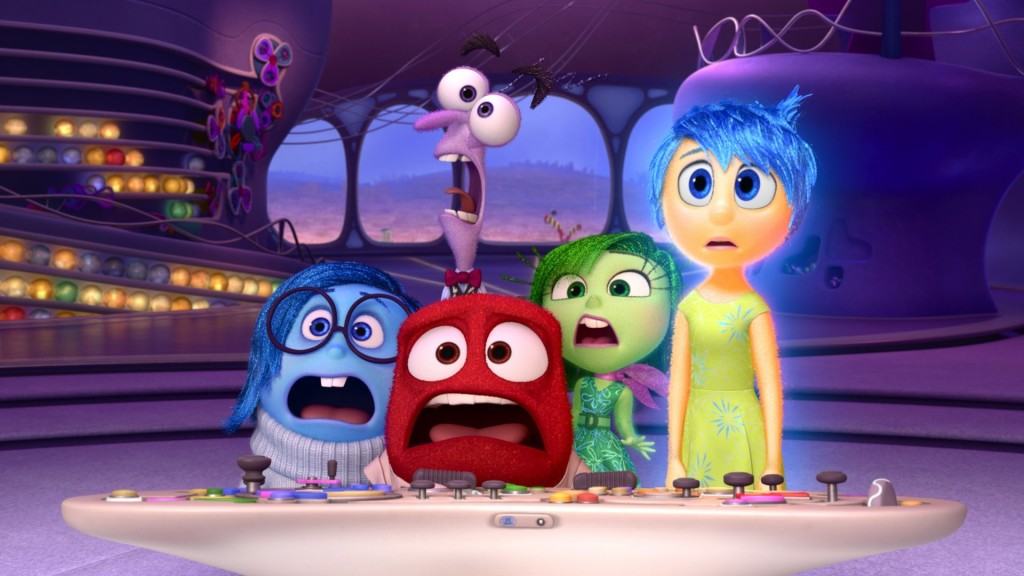 Inside out is a surreal tale of Riley and her feelings, literally. Joy, Sadness, Anger, Fear and Disgust, there are five of them we come across.This is definitely not a film for little kids and its target audience is probably smart and thoughtful adults. I’d call it an enlightening experience but harsh for kids [little kids], because it gives you the very truth about sadness in life. You just don’t get sad by accident, you need to be sad. The film’s major achievement is how emotionally relevant this film truly is. It is Pixar’s best film since Ratatouille.

Justin Kurzel’s Macbeth crawls through muddy streams of blood to focus on greed and paranoia that drives a person when the witchful eyes of the one contemplating your behavior is devoured by the eye for the crown. The film figures out ways to show how power drives people towards insanity. It also shows that the beauty that resides in the bleakness, constantly haunts you to submission. Adam Arkapaw’s camera-work is so insanely beautiful that your insides hurt to know that he didn’t get the recognition he deserved.

The Mend is a terrific first feature.  It inspects the life of two brothers who are oil & water in a tank of wastewater. Josh Lucas in particular is a revelation here. His character pisses on random thoughts & wishes to keep himself afloat with a broken laptop & a leather bag. His brother on the other hand is in love with a girl who may or may not be the right one. The Mend has an energy that shows more life in its mundane, monotonous moments than any other film does in a hour or so. The energy & intelligent editing shows the power of cinema in transforming similarly themed results into fresh & new packages. Also, has one of the best opening scenes of the year.

17. A Pigeon sat on a branch reflecting on Existence | Black Comedy-Drama | Sweden
“Is it right using people for your own pleasure?” 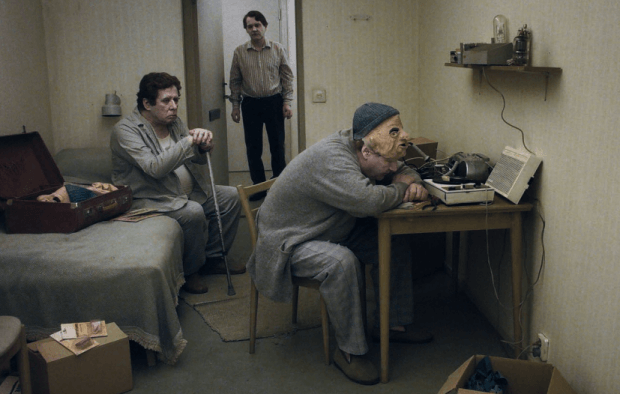 The last part of Roy Andersson’s Living trilogy- A Pigeon Sat on a Branch Reflecting on Existence- unfolds as a painting, a series of surreal vignettes, filled with customary deadpan humor and wry absurdity. In this tragicomedy, a pair of depressed salesmen wants to help people have fun by selling their novelty items. Every single frame of movie is revelatory, and serves a distant peek into inexplicable oddity laced with human existence. From being obsessed with the opposite sex to rejections or being stuck into a memory, A Pigeon Sat on a Branch Reflecting on Existence is a strange, bizarre, melancholic & terribly beautiful portrayal of human condition.  It might not resonate to everyone out there but if there is a place where people need to learn things through a master’s eyes, the film is as important as a holy book in a monk’s hand. 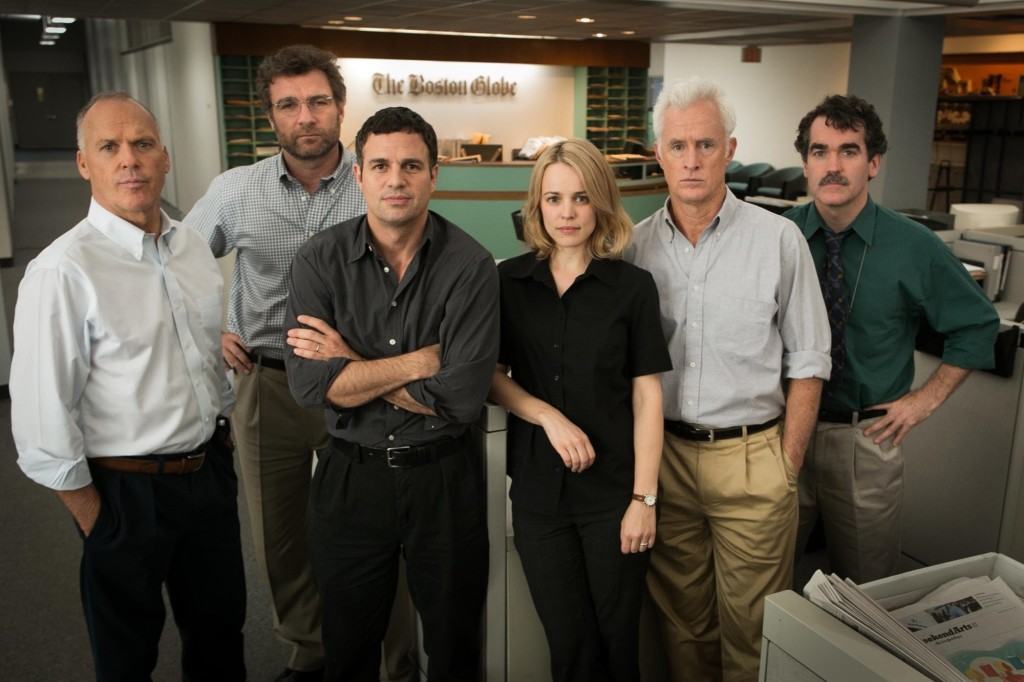 “Spotlight”  is one of the best, solid dramas that exhibits the importance and value of justly done journalism. In the coming years ‘Spotlight’ would be often mentioned, when the topic of ‘Best films about Journalism’ gets discussed.Tom McCarthy’s stupendous drama “Spotlight” (2015) opens and ends on the confined spaces of two different institutions – police and press. One silenced a crime, while the other stood alone to shine down its ‘spotlight’. Contemporary movies about journalists have often taken a cynical and audacious look at the profession. Tom McCarthy’s film offers a counter-argument for the worthiness of the investigative journalism; about how it could stand up against an entity that deems itself as ‘untouchable’.