If I have to describe The Look of Silence in one word, I would say ‘sick’. The people you meet in this documentary, the things they say and the audacity with which they talk about their age old crimes is sickening to say the least. Here is a documentary that offers nothing violent but still manages to make you uncomfortable with its cringe worthy conversations.

People get old and withered but only a handful of them become wiser and ponder upon the evil things they did when they were younger. Unfortunately in Joshua Oppenheimer’s The Look of Silence, there are no such people, they murdered hundreds of thousands of people and they take pride in it because the country made heroes of them. 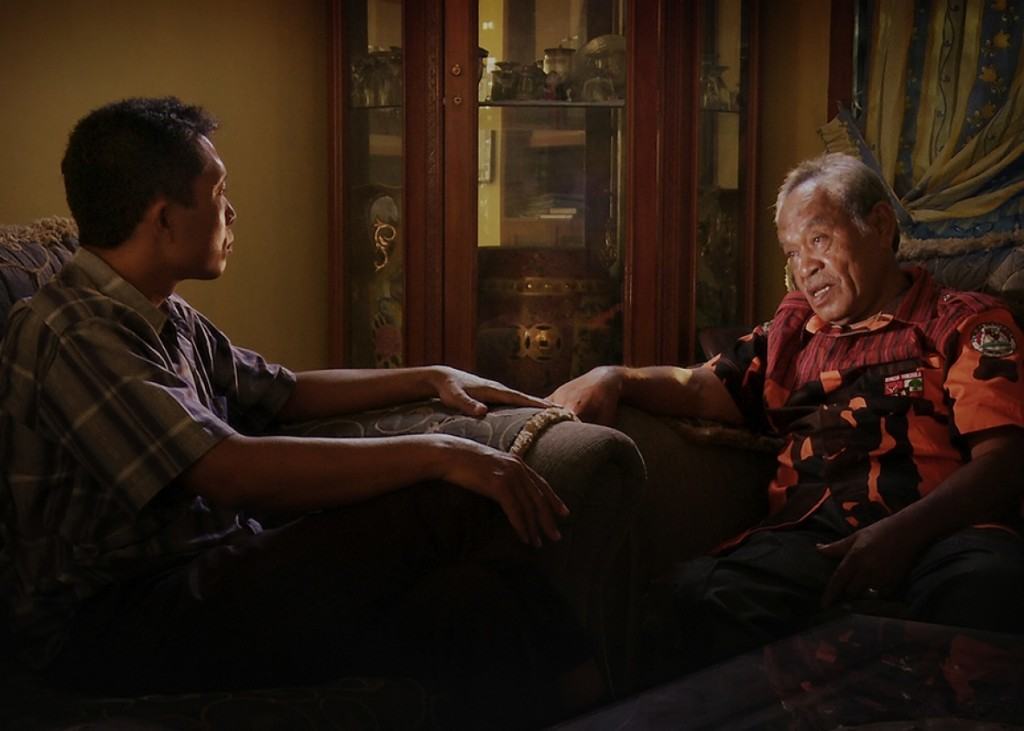 The Look of silence recollects the events that happened in 1965, when there had been an Indonesian genocide. Within a year, a million communists were killed under the reign of the army. The Army hired people with non-communist ideologies and made executioners of them. We see a family mourning over the death of their communist son, Ramli, who was killed under the evil Military dictatorship of Indonesia. After the death of Ramli, his aging mother gave birth to another child, Adi, who replaced Ramli and became the light of their lives and their reason to move on.

Adi is our protagonist, the brother of the man who was brutally killed by local men hired by the Army. We follow life in this lifeless little village through the eyes of Adi. He is a small time optician, who meets the former leaders of the death squad and asks them about the killings they did in 1965 in the name of “standing by the state.” Adi is fearless, but calm and composed, soft spoken. He meets these people and introduces himself as Ramli’s brother, even if it endangers his and his family’s life. Adi fearlessly interrogated the killers and asked them questions about the genocide. To our shock, we see everyone enjoy talking about the murders they did years ago and nobody regrets a thing. One of them even indirectly threatened Adi that if he doesn’t stop talking about the genocide, may be that will happen again. 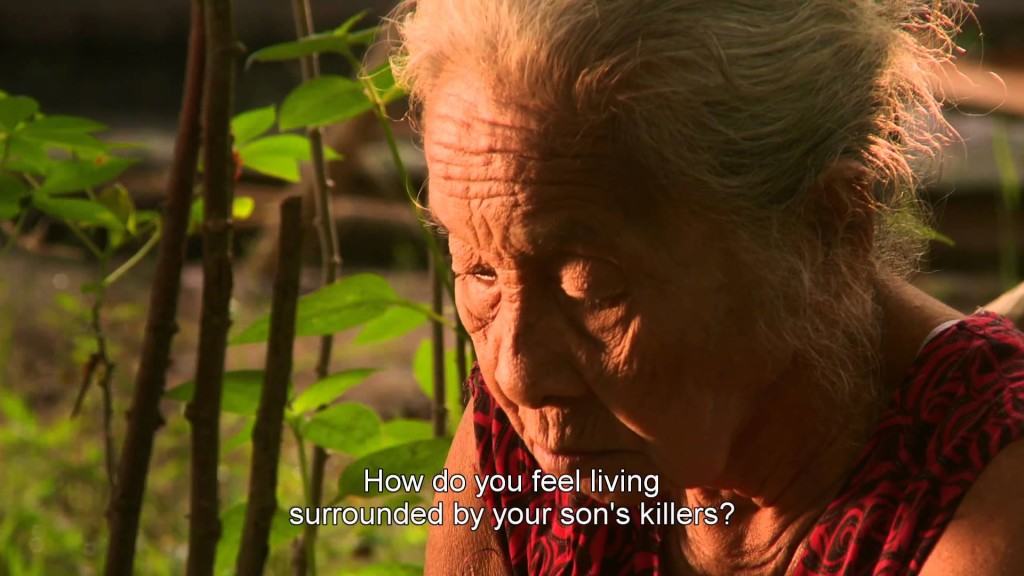 The calm demeanor, with which Adi questioned the death squad members, clearly tells that Adi longed for nothing but an apology, an expression of regret on the faces of these killers but he hardly got any. Everyone he met was so proud that given a chance, they would still kill a few of them, communists, without a frown on their heads.

The interviews aren’t really like interviews; it is shot like general conversations. Their answers are not just shocking but terrifying as they casually acts how they cut off shoulders, penises and throats of the communist prisoners. They are laughing about it; one even wrote a book with sketches to preserve his supposed ‘heroics.’ Their impression of themselves as Indonesian Heroes is so wrong that it makes you worried about the families of the communists, who are still living in that part of the world, because killing communists never struck them as crime.

It is almost clear that Adi risked the safety of his life for this documentary, because he had to put in front of the world, what really happened in 1965, because the history Indonesian Kids learnt in the last 50 years is nothing more than a folklore fairy tale. It is perhaps not just a fight for surfacing the truth, but Adi aimed something greater, to make the world a better place to live, to eradicate the social injustice by the medium of cinema. 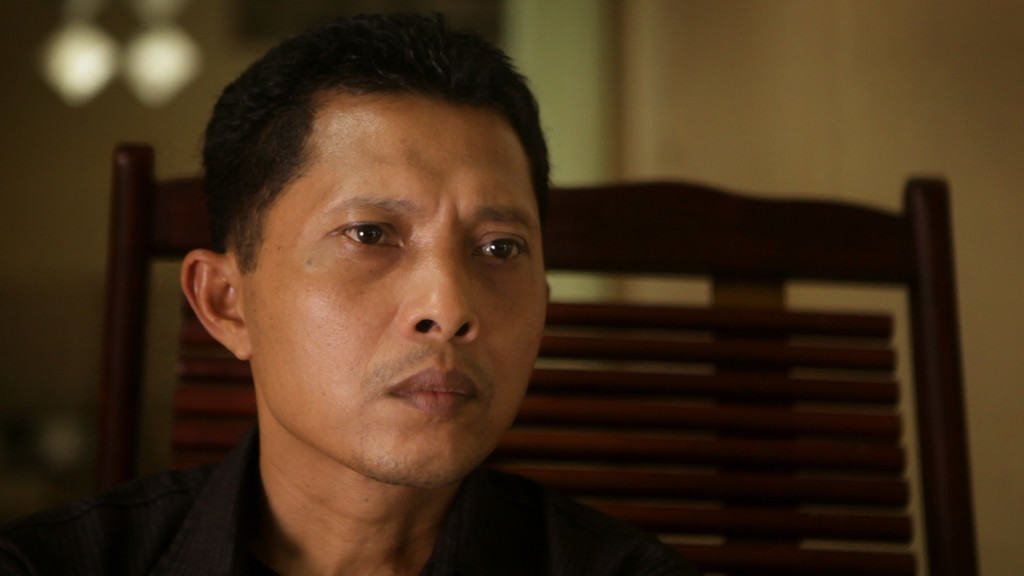 The Look of Silence is a film about unashamed perpetrators taking pride in their self-acclaimed heroics which includes drinking bloods of their victims and throwing them into the Snake River. These people openly talk about their actions and later shockingly smile for photos beside the Snake River. It is an important film that needs to be seen by all kinds of society.

The Look of Silence is a fittingly ironic title for the documentary. Apart Adi’s destroyed ‘Look’ as he watches TV in ‘Silence’ where the death squad members mimicked how they killed Ramli and other communists, Joshua Oppenheimer also aimed to capture the apologetic ‘Look’ on the faces of the killers in the little moments of ‘Silence’ when they passionately talked about their crimes, but I wonder if he got any.

I highly doubt it.