Home»Articles»Priyanka Chopra: Stiletto trotting all over the world
Articles

Over the last few years Priyanka Chopra has been taking the international entertainment by storm. She has been creating a niche for herself in an arena that is predominantly white. In spite of how much Hollywood is tolerant of the artistes of colour it has been always a toughie for Indian artistes to make way into mainstream international entertainment. Of course, we have had the likes of Om Puri, Naseeruddin Shah, Neena Gupta, Anil Kapoor, Irrfan Khan and so many others who have exhibited their talent overseas, however, we are yet to see an Indian actor play a female main protagonist in a series or a movie. Priyanka Chopra is well way ahead into making that change, what with her successful appearance in the international entertainment arena.

Emerging from Miss World pageant winner in the year 2000, to a successful career in mainstream Hindi films, to an International singing sensation and finally to a Hollywood heartthrob. She has done it all, one might say. But Priyanka definitely does not stop at just that. She seems to be jet setting across the world to make her footprints visible from the moon. An actress, singer, producer, philanthropist, she dons many hats and yet her head never seem to rest. It is so exciting to see her always on the move, always ready to take on exciting new projects, always keen on joining hands with the best names in the business. 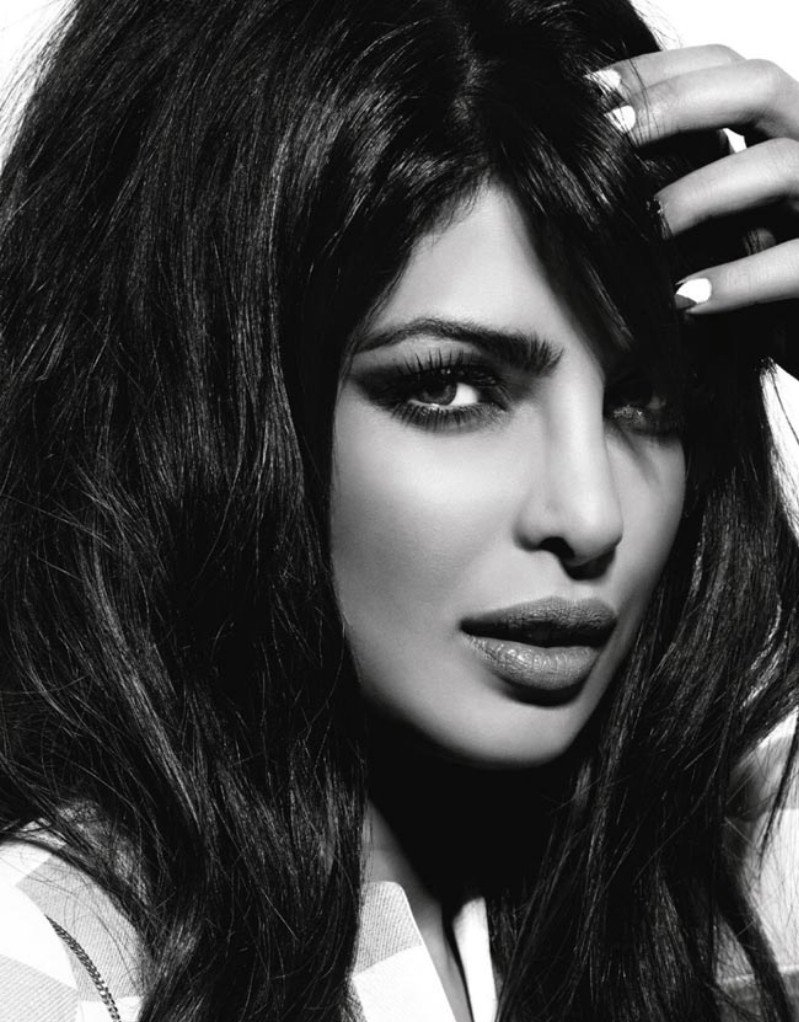 Her reeling success can be attributed to her will to succeed, especially in the times of adversity. We are witness to how she has always risen like a phoenix when the media had written her off, or not so completely. She kicks off to a new journey even before she has completely closed the door behind and that is what makes her a force to reckon with. Jet-setting all over the world she pauses for just a while, seemingly to breathe in just enough to sustain herself and then packs her bags off to gain some more.

Her recent debut as a presenter at the Oscars was one such event that turned the course of her life as an entertainer. That brief stint at the Academy stage made more headlines than her National Award for the film ‘Fashion’, I guess. Her dresses, her demeanor, her coy smile and her overall personality triumph all make her one much sought after personality even in the Hollywood circuits. But she is not at all just that and one might not want to compare her appearance to that of other celebrities on the Cannes Film Festival Red Carpet. Her courage and wit emanates from the way that she walks, talks and manages her liaisons within India and abroad. 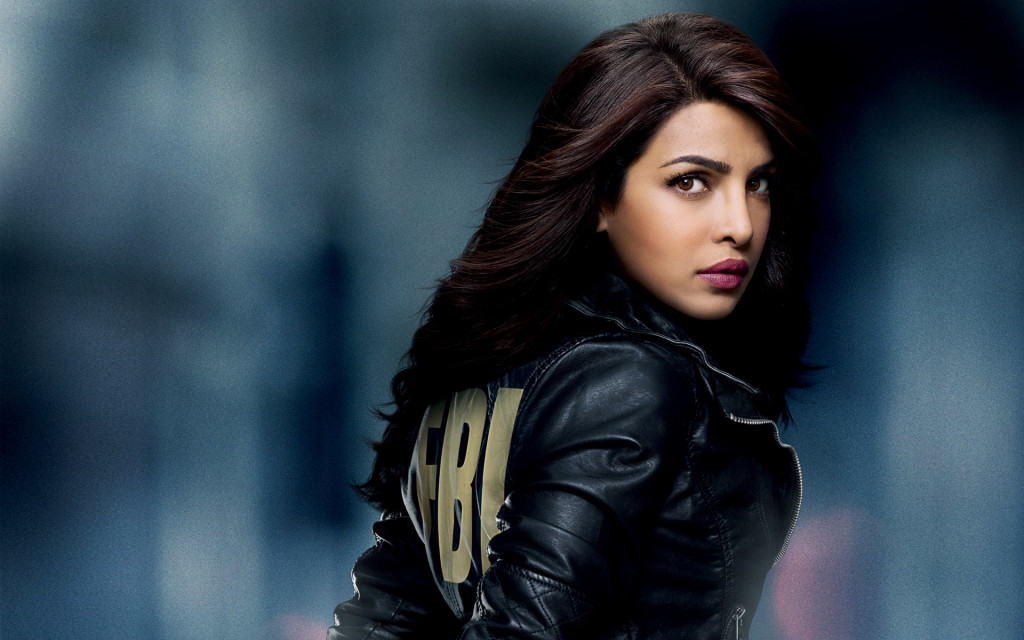 That she is a fine actress cannot be refuted either. Her choice of cinema and her body of work speaks volumes about the kind of statement she wants to make for her audience. Even from her earliest remarkable performance in Aitraaz she had carved a space for herself in the industry. Subsequently with films like Fashion, Saat Khoon Maaf and Barfi she further strengthened her position as a fine actress. Her (not so popular) outing in What’s Your Rashee may not have garnered numbers at the box office but that did not stop the critics from appreciating her work. Her portrayals of 12 different characters, stark from one another, were not only admirable but also evinced that she is capable of pulling off any character on screen. Her physical makeover in Don further helped her create a niche for herself and she was considered as one of the fittest actress in the country. Her appearances in Mujhse Shaadi Karogi, Kaminey, Agneepath made her a favourite to play the girl next-door image. Playing a strong character like Mary Kom, in the movie by the same name, she was able to prove that no feat is tough for her to achieve. She was not only convincing in that role, what with going at length to transform herself physically,but she also gathered great respect from masses and critics alike for her acting prowess. Her recent conquest in Bajirao Mastani made the whole country love her even more.

Her exceptionally varied choice of characters and the roles that she has picked up all the years has made her a favourite for her audience and critics alike. She has had her share of failure as well but she has been able to bounce back ever so strongly, all the time. Taking on new challenges like establishing herself as an international singing sensation was no mean feat. Her being nominated for her single “In My City” at the World Music Awards is a major achievement in itself. Her philanthropic activities as a UNICEF Goodwill ambassador for Child Rights saw her promoting various causes around the globe and she continues to be extremely vocal about women and child issues. She managed to make the whole world sit up and take notice when she grabbed a role in the ABC television series Quantico and became the first South Asian actress to win a People’s Choice Award. 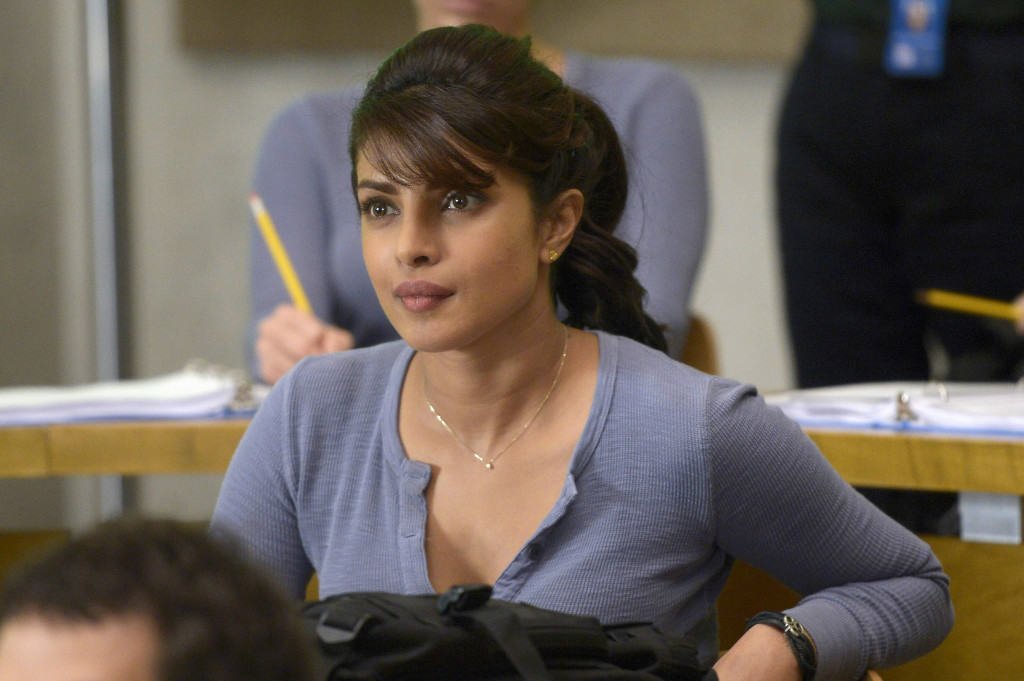 “Nowhere to go but everywhere to be…” when she says this, you just want to nod your head and say, ‘ah well, we know!’ So when she appeared on The Tonight Show with Jimmy Fallon and beat him in the wing-eating contest we were like, ‘wow! that’s our Punjabi kudi’. And that’s just the least bit about her that we are so proud of. She is so much more that just a pretty face and she has been able to prove that time and again with her conquests. She is presently shooting for Quantico and the movie Baywatch (where she plays a negative role) simultaneously and we wonder how she manages all of that, especially when it involves traveling every few days. But that’s who she possibly is. Having all that on the platter and doing much more than what is laid out makes her an achiever all through the way. Her tireless pursuits are just about to yield results now, seemingly.

The government of India just honored her with Padma Shri, the fourth highest civilian award, in 2016 and that is a matter of great pride for this self-made woman. Stiletto trotting all over the world, Priyanka emerges as an accomplished international star. And she seems to have just begun! Go rule the world, girl!

A self professed movie zealot, I swear by Hindi movies. Always been an avid fan of stories and what better way to relate to one than a motion picture. Movies have been a part of me for all my life in some or the other way, though my expression found way with the emergence of social media (Thank God!). With the hope that the intensity with which I enjoy movies gets translated in some form with the people around me, I began my own blog. To catch up on my passion for movie, follow moviemassala.com

The Look of Silence [2015]: A Fairytale of Blood and Murderers