Recall the days when families huddled up to watch a Sooraj Barjatya or a Yash Raj epic family drama with larger-than-life characters, over-the-top drama, excessive dosage of ‘Sanskar’. Conflicts that could be resolved by a mere ‘Pravachan’ (sermon), followed by a convenient happy ending. Those films were quite ideal to be taken seriously in the times they were made, and somewhere in our hearts, we did wish to have an ideal family like the one in the film. And then life happened. We grew up, essentially in the metaphorical sense, accepting things the way they were, and gradually those films started to look like “Family Dramas in Wonderland”. Kapoor and Sons (2016), from its trailer,  looks like a rehash of a 90’s family drama with a tang of urban sensibility. But, it turns out to be better than that, despite the lack of a ground-breaking story.

Kapoor and Sons’ strength lies in its very relatable characters, familial problems that actually exist in society & perhaps our own families, and the fact that it never tries to rectify the flaws. The film quite strongly conveys that there is no solution to problems that can bring a flawed family together; instead, we have to accept them with their unsettling flaws.

Director Shakun Batra deftly carves out multiple conflicts without being melodramatic or manipulating the characters, sprinkling it with the right amount of humor to ease the impending tensions in the third act. The film does not rush into establishing the characters; instead, it gives center stage to multiple characters and lets them flourish in their own space, like the pieces of a puzzle which, when assembled together, will make the imperfect family jigsaw perfectly complete.

Along with the strong characterization, the near-perfect screenplay & the script play a  crucial role in making a believable film that surprisingly has a restrained & subtle tone to it. You can sense the differences between siblings, Rahul (Fawad Khan) and Arjun (Sidharth Malhotra) when they do not sit together in the back seat of the car, or Arjun forwards his hand to greet Rahul at the airport when they meet after 5 years hiatus. 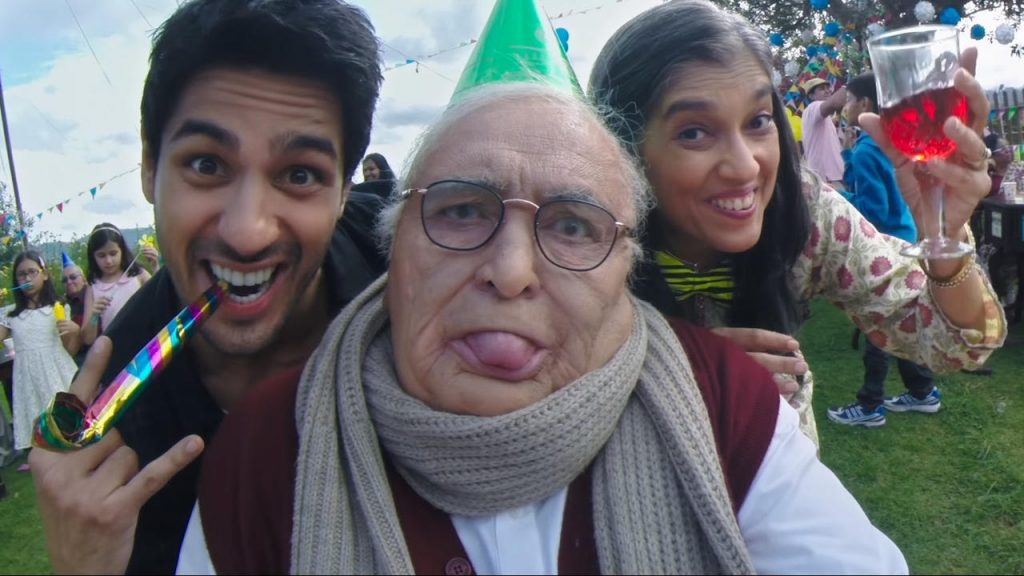 Rahul, a successful writer, is burdened with the ‘perfect elder son’ tag. Fawad Khan rightly blends the characteristics of the ideal son, a mature brother, and the suave urban guy with his effortless acting and a strong screen presence. His eyes essentially do wonder and potently express the plethora of emotions. He is restrained even when the fireball of lies is seething inside him, and you expect a vehement revelation creating chaos. His equation with Arjun might remind you of your own sibling.

Arjun is footloose and still struggling career-wise. He knocks at the door of every opportunity to prove himself. Surprisingly, Sidharth Malhotra quite confidentially slips into the character of a loser having cloudy thoughts, who so strongly wants to make his mark, bringing the required vulnerability and nuance to his character.

Arjun and Rahul’s parents, Harsh and Sunita, live in a toxic relationship filled with regrets, lies, unnoticed sacrifices, unfulfilled dreams, and possible extramarital affairs. Both the veteran actors, Rajat Kapoor & Ratna Pathak Shah, play on their strength and make those characters quite tangible.

Kapoor and Sons (2016) takes a microscopic look at the foible of individuals and inter-personal issues with the dash of intrinsic humor. Recognizable characters and familial issues straight out of your own family or neighborhood render believability to the film. Kapoor and Sons is unlike many family dramas that have been shoved down our throats in the past.

Kapoor and Sons (2016) is now streaming on Netflix.